High Points in the Landscape

Another aspect of the landscape we live in here in the valley is the watershed itself, with the Beaver River and all its tributaries.  And there are other rivers nearby, the Saugeen and the Bighead.  So at some point as you drive around you leave one watershed and drive into the next.  In fact, though all the rainfall here eventually drains down into the Beaver, our house is actually quite a bit closer to a branch of the Saugeen, the Rocky Saugeen, which is only 3 farms to the west. 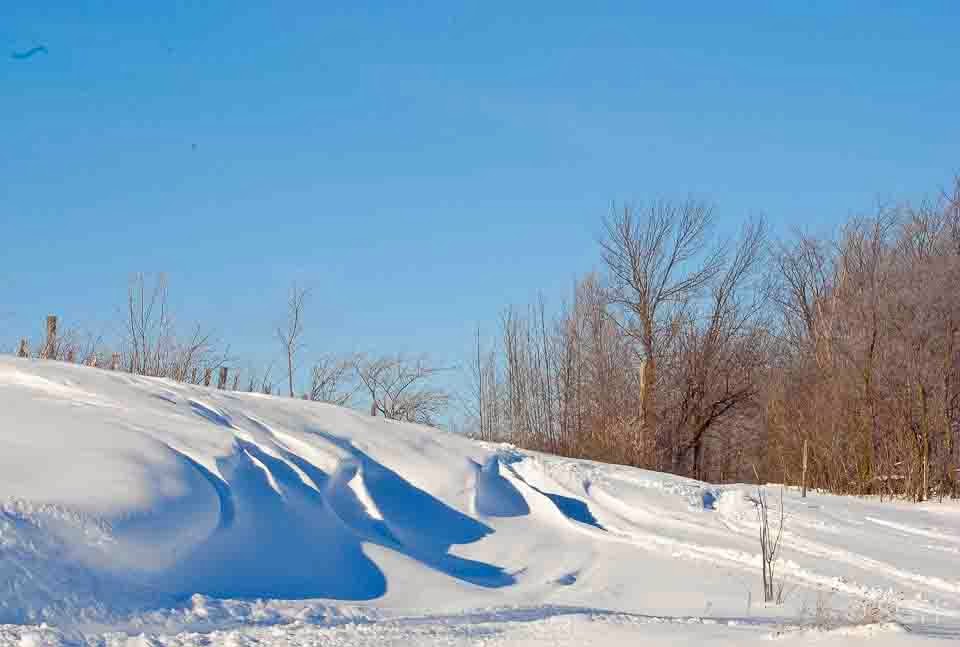 Up behind this big snowdrift is one of the high points in the landscape around here, the ultimate divide between the headwaters of the Beaver River and the Saugeen River. 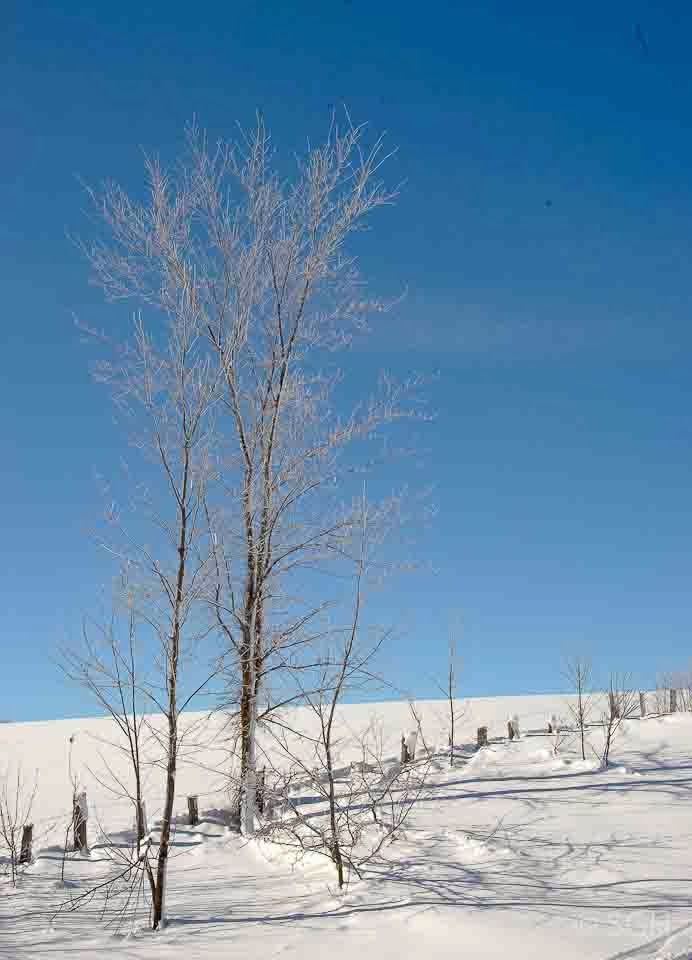 Just over that hill is the highest point in the landscape, though you can't actually see it over the crest of the hill. In the meantime, this ice-encrusted elm along the fence, taken after the ice storm 3 weeks ago, looks nice in the sun. 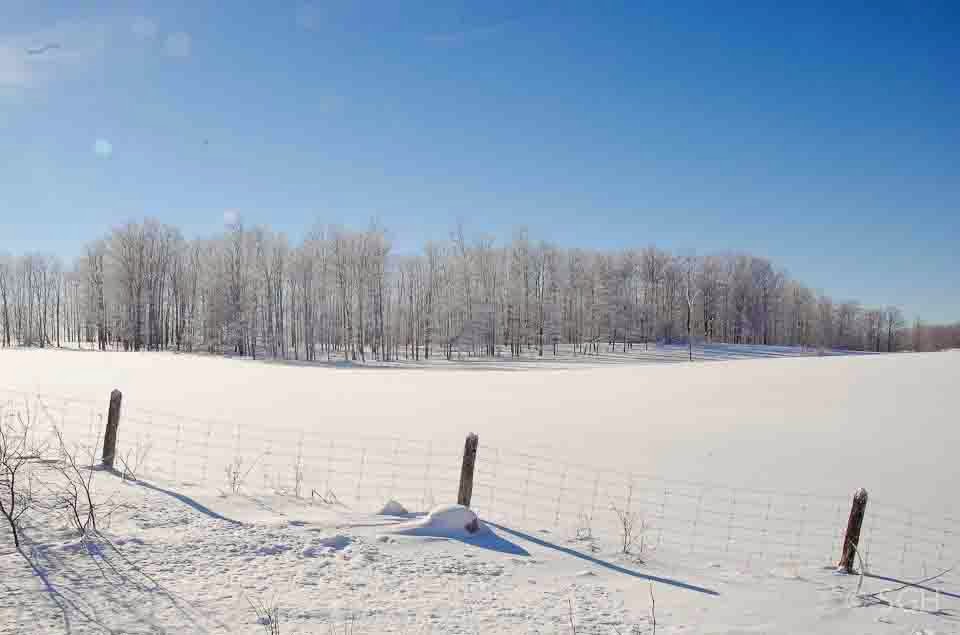 This is another view of the high point, the crest of the hill in the woods.  Water running south and east from here curves around and drains through the Beaver River north into Georgian Bay, while water running down the north or west side of the hill drains into the Saugeen watershed, ultimately west into Lake Huron.  So this is a significant watershed divide.  Two water droplets a foot apart end up 100 miles apart! 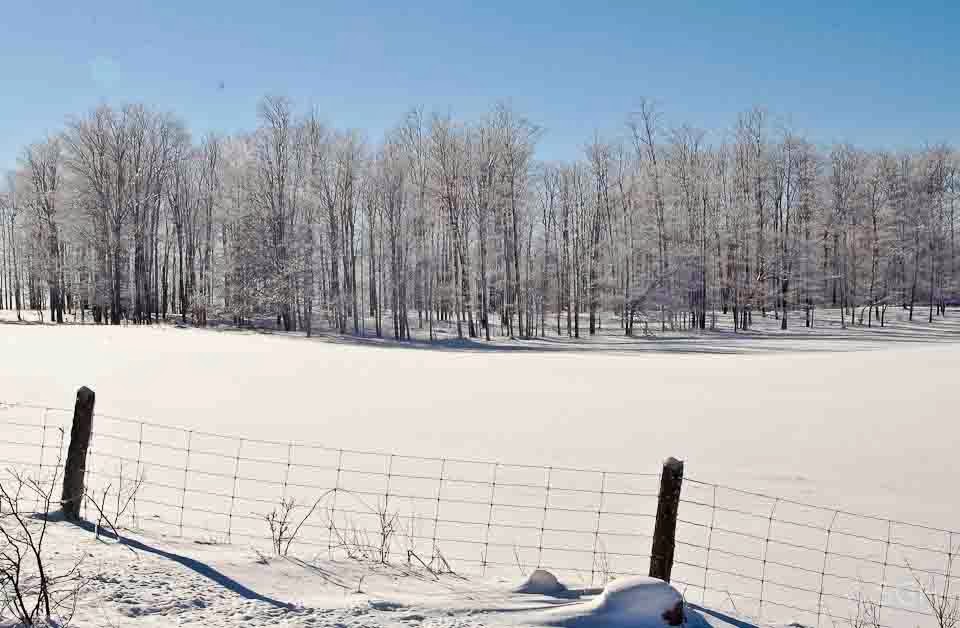 At this highest point all the drainage is simply seepage underground; you need to get about half a kilometre away before you find the first surface springs and tiny streams.  And you can only sort all this out by looking at the topographic maps for the area, something I find simply fascinating.  I know some of you wouldn't think about this, but to me it's one of the most important features of our landscape.

I'm linking to Sunlit Sunday, with these photos from a brilliant January day.  But it certainly wasn't like this today.  Though only 1cm. was forecast,  with some sunny breaks, we actually got 6-8 inches, with no sunny breaks and high winds, causing drifting.  Drove south for the day and the latter part of the drive home was downright scary through snowy white-outs.  But for a better mood, check out the 'Sunlit Sunday' photos!