Views of the Valley

On one of those nice sunny but very cold days before the recent sequence of storms I hopped in the car and went for a drive around the valley.  It might be too cold to snowshoe or ski, but I could get out of the car a moment and take  pictures - which I did.  The first few here are taken (mostly) quite close to home. 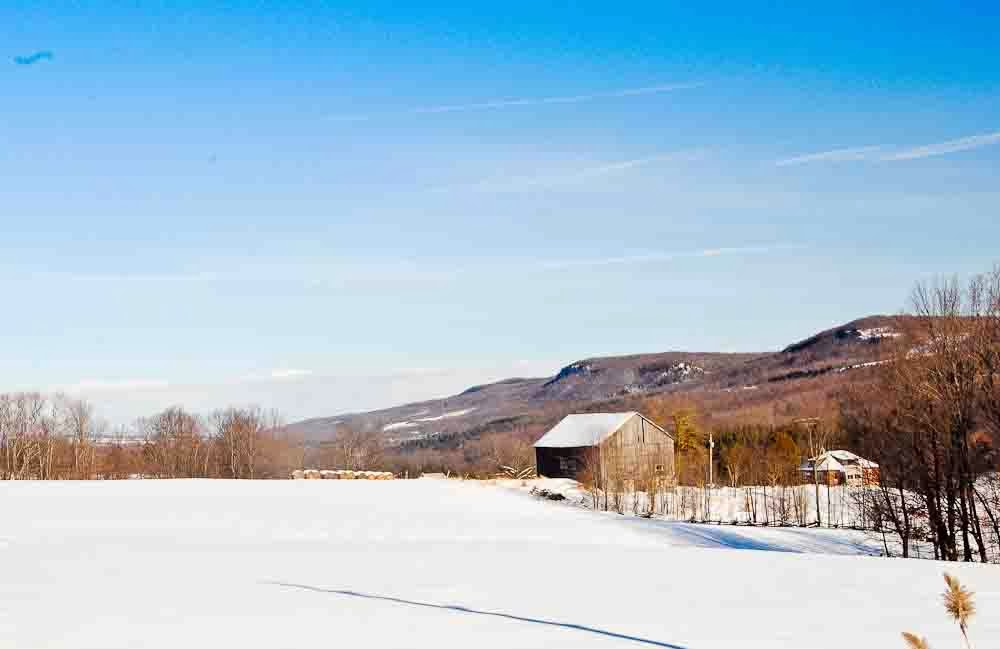 We actually live outside the valley, but close to one of the main roads into the valley, down Bowles Hill (named locally after the family who farmed land on the north side of the road).  There are several nice views to the north as you drive down this hill, with the cliffs on the east side of the valley in the distance.  This is actually the old Bowles family farm. 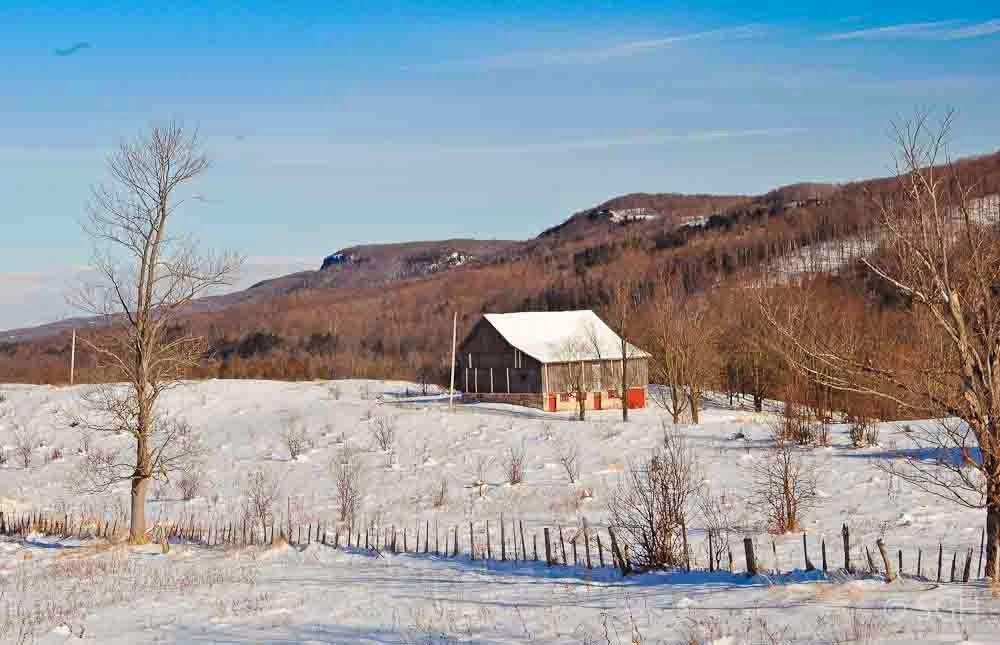 A little further down the hill is another barn, this one with nice red doors that add a touch of colour (and a few recently replaced boards).  The further bluff in this picture is the well known 'Old Baldy', or 'Kimberley Rock', a popular lookout on the Bruce Trail that I've featured before in pictures. 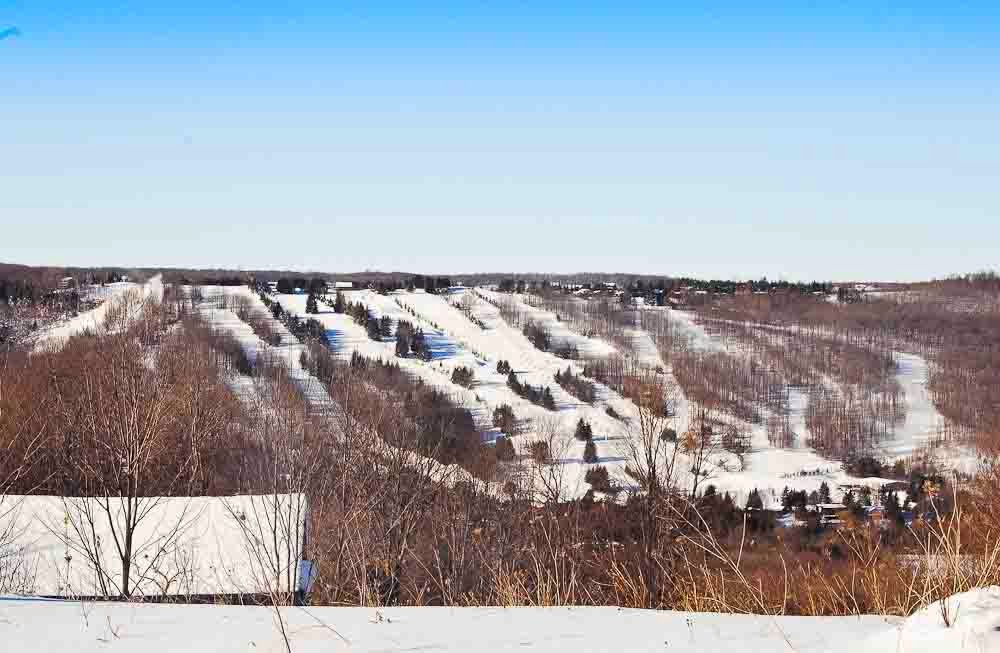 And of course the two ski clubs are a big part of the winter scenery in the valley.  There is a viewpoint on the east side where you can look back at the slopes of the Beaver Valley Ski Club, now very busy with skiers.  All ski clubs around here are on the west slopes of the escarpment, because the snow melts more slowly there in the spring, and drifts a little heavier, adding to the ski season. 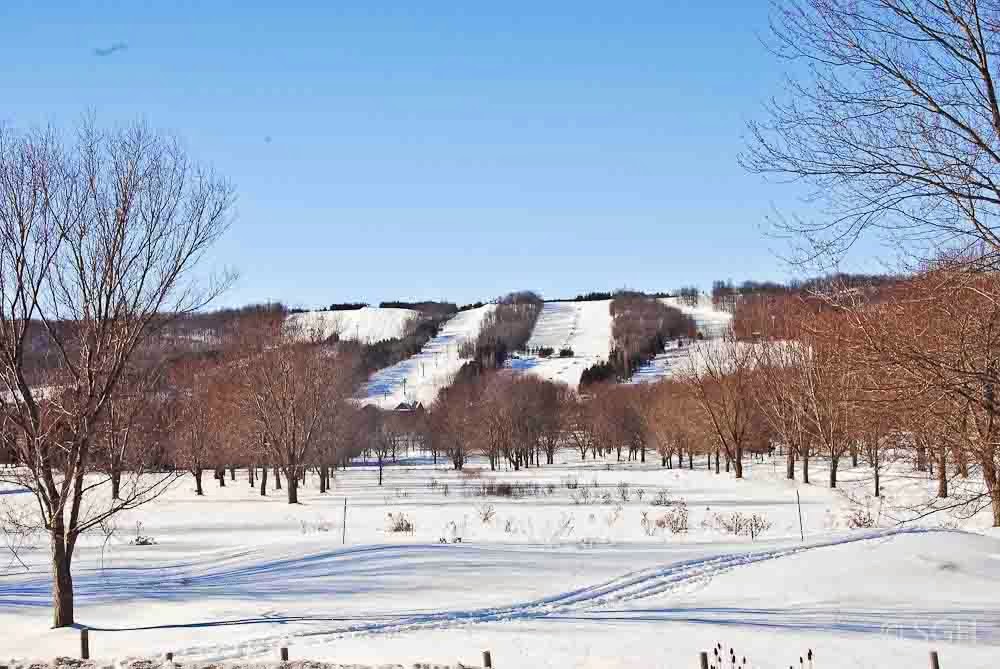 On the other hand, these are the very sad abandoned ski slopes of the former Talisman Ski Resort, once bustling with skiers all winter long.  This was a popular place for schools to bring students for field trips; I came with my own daughter once, and learned to ski here myself several decades ago.  A big loss to the local community.  If you haven't read the story, check my past posts here and here. 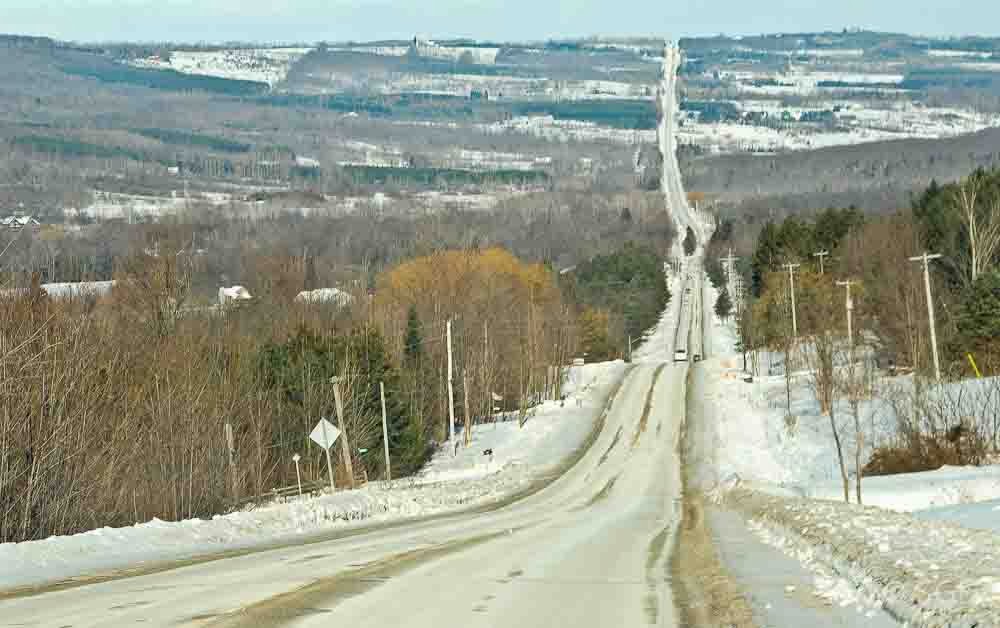 These last two pictures are a neat pair of pictures.  The first, taken from the road leading down into the valley from the south, looks straight north.  The village of Kimberley is hidden in the trees at the bottom of the valley.  Take a look at the highest point where the road disappears, and the photo below is taken from there. 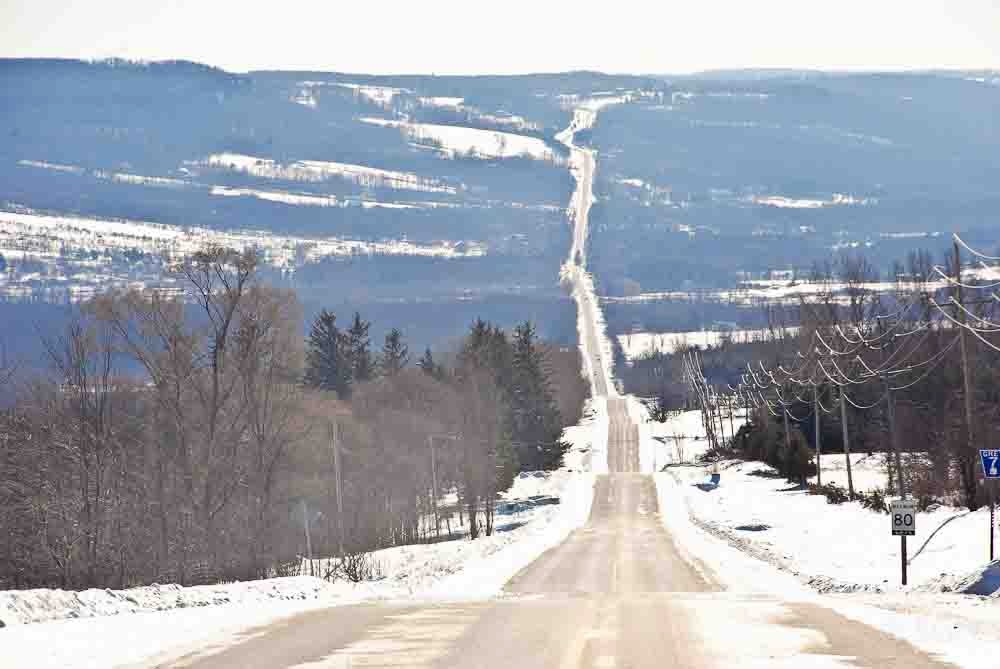 This one looks back to the south, the opposite of the photo above, again with Kimberley hidden in the valley bottom  The tiny patch of trees that look like they're in the middle of the road are actually a curve and corner near the village.  The picture above was taken looking this direction from a point just this side of the curve near the top of the far hill.