My winter toys got another workout today, as we had a fresh 6-8" of snow yesterday (though the forecast was for 1cm.)!  The wind came up too, so in places it drifted, but not too badly, and it was really light fluffy snow, so it was easy to deal with. 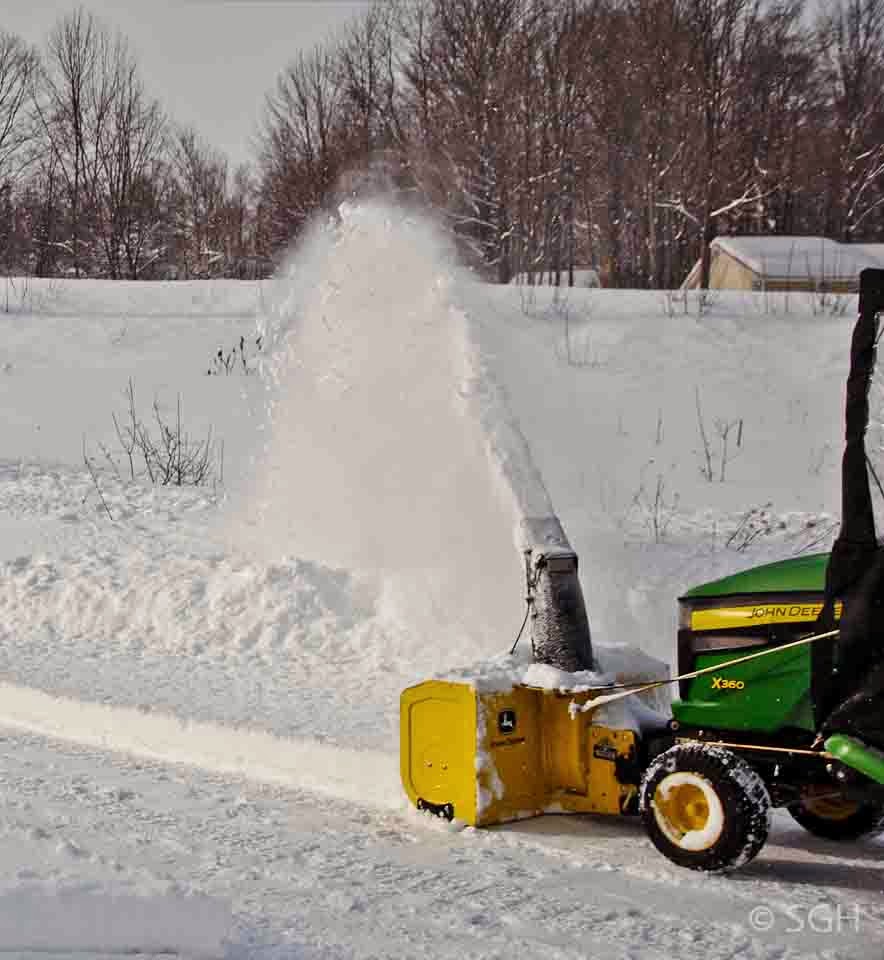 The big toy is the snowblower of course.  Although most people here hire a local farmer to blow out their drive, a few of us stalwarts who enjoy the punishment of outdoor days in the winter do it ourselves.  It was certainly something I wanted to be able to do when we moved up here. And our driveway goes gently uphill, so I knew we had to be able to deal with the snow.  This was 3 weeks ago, after an 8" snowfall like today - pretty easy work. 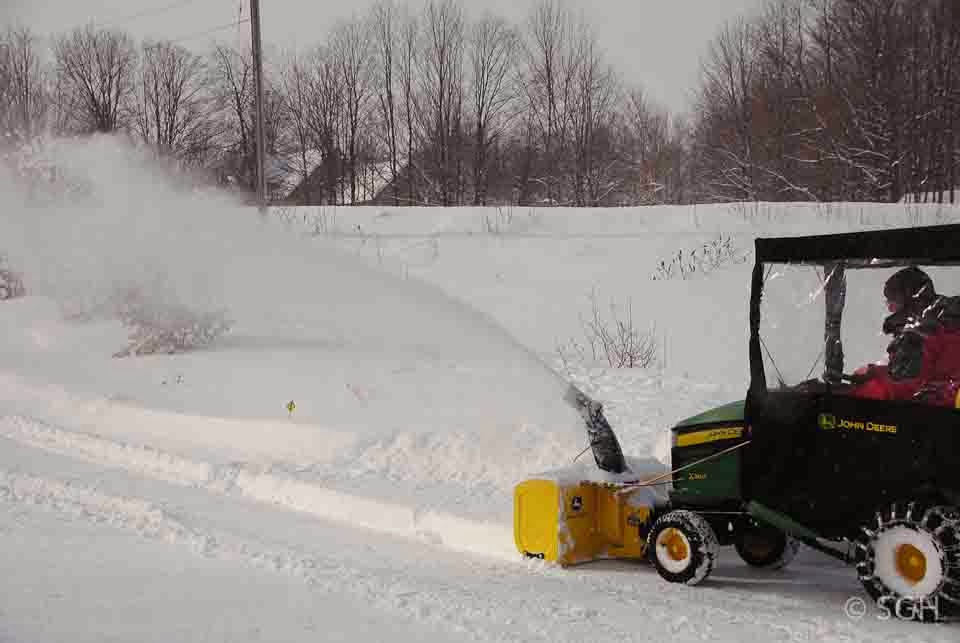 I was determined that I wasn't going to do this by hand, nor by driving backwards.  So I got a lawn tractor large enough to have a front-mounted snowblower.  It's 44" wide and does a lot of snow at once, throwing it 30-40 feet away.  And I splurged on the cheap fabric and plastic 'cab' to keep the snow from blowing in my face.  Blowing snow on a windy day is one of the worst jobs around! 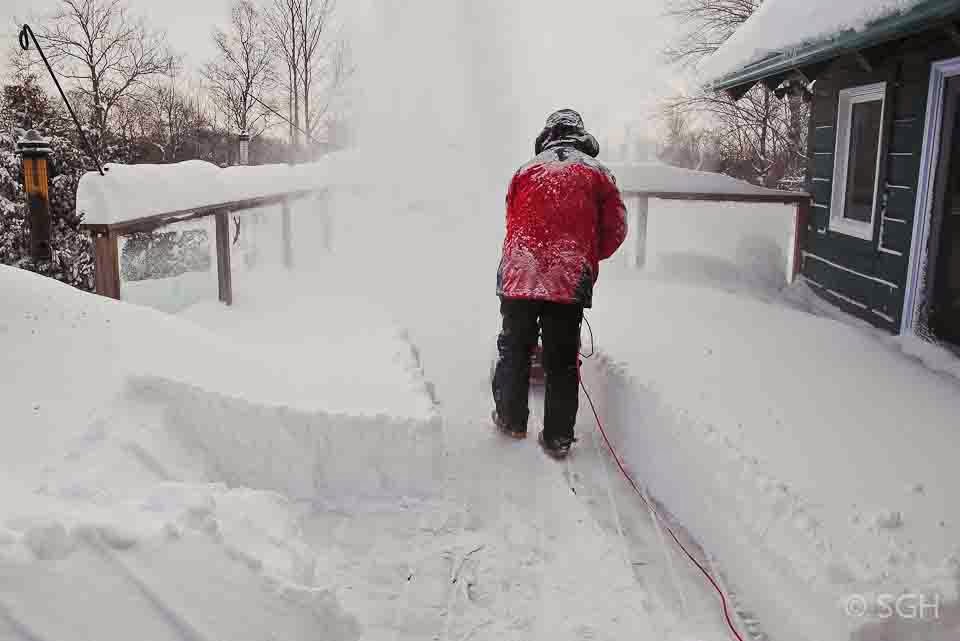 Then recently I finally gave in to the pains in my back after shovelling, and bought a small light-weight shovel-style blower to clean off our back deck, at a remarkably cheap price.  Once we put on a glass railing, I couldn't just push the snow off, and throwing it over is more than my aging body wants to deal with anymore.  This was after the big storm two weeks ago; you can see I'm cutting a path through snow 18" deep or so.  This was not easy work, even with the power shovel. 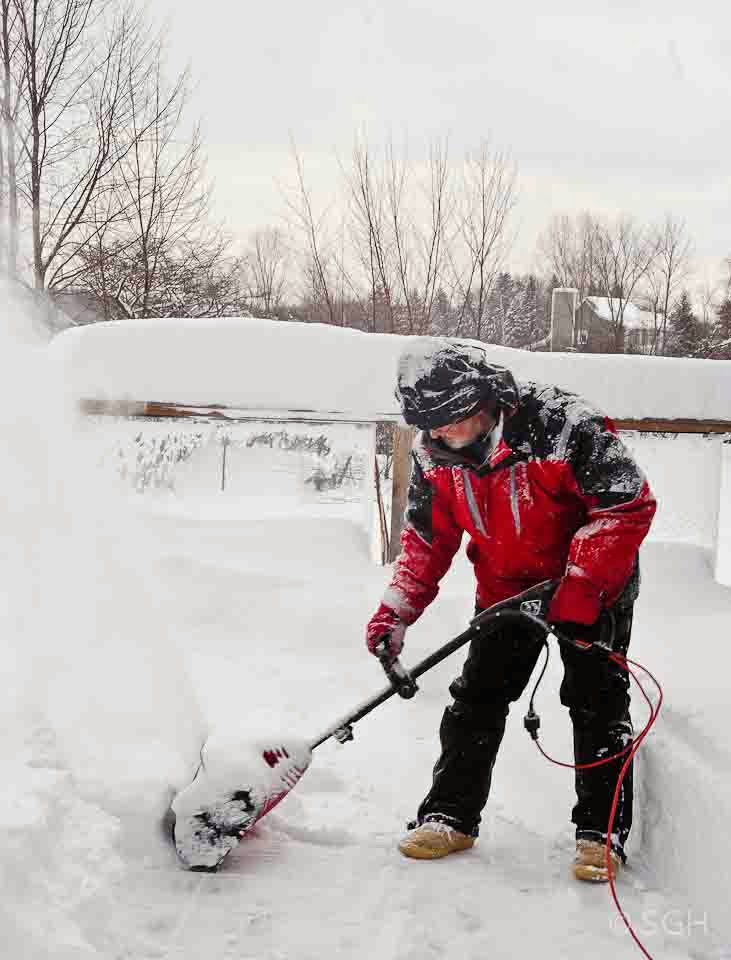 And it's another time you can get very snowy yourself, depending on which was the wind is blowing.  But so far I've used it three times and it's made a huge difference. 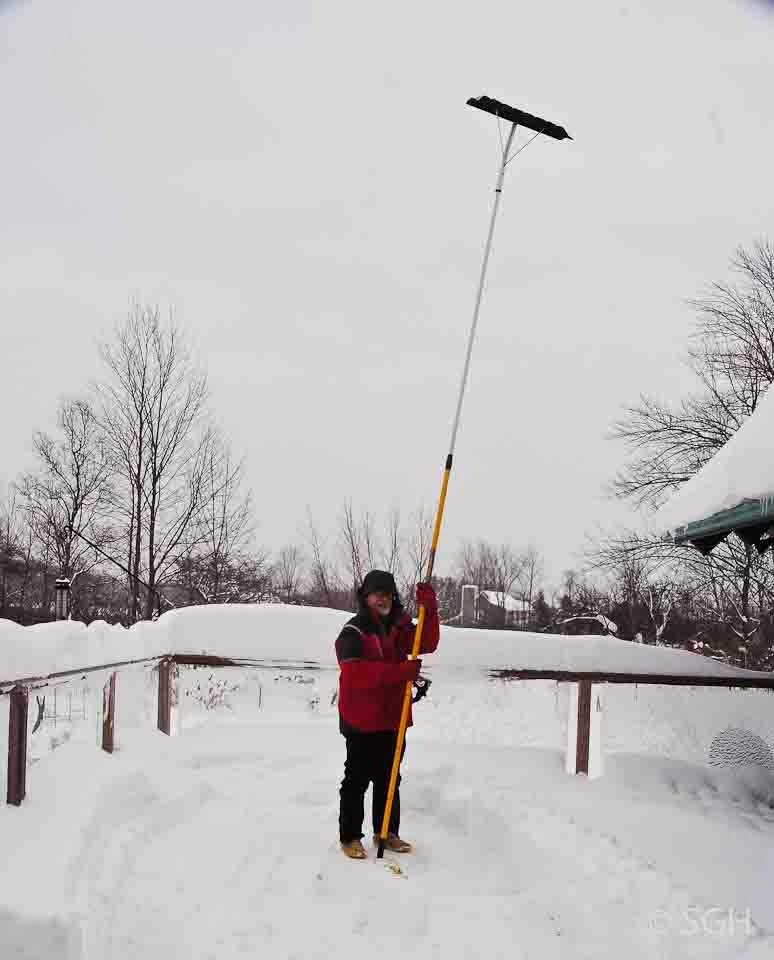 And this is my cheapest winter toy, the roof rake.  I bet some of you have never heard of a 'roof rake'!  I hadn't either before moving here.  I knew I might have to pull snow off the roof though, so I went in to the hardware store asking for a bracket I could attach to the end of a long pole to create such a thing.  His cheerful response was 'Oh, you want a roof rake'. 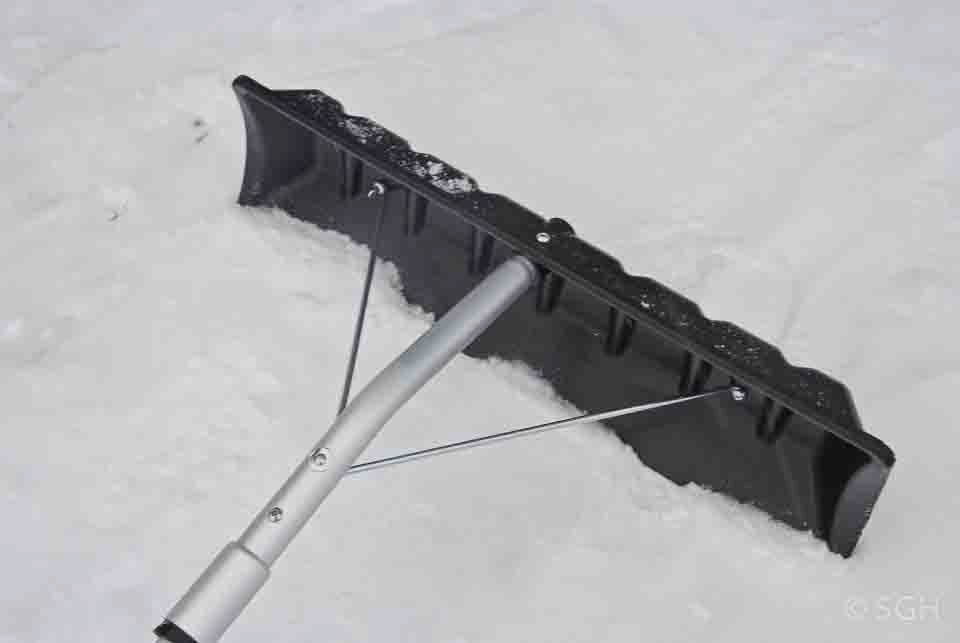 So here it is, just a short attachment with a 2 foot wide blade that screws on the end of a long extension pole.  I already had one of the long extendable poles for pruning trees; you can also use them for cleaning high windows and so on.  With this it's child's play to pull deep snow off the roof, as long as you don't pull it right down in your own face.  I got this out when the January thaw was forecast a week ago, pulling some of the snow off before it could become saturated and heavier with the rain we got.

So those are the winter toys we play with here after the snow storms. Check out things going on in the rest of the world at: