It snowed another 8-10" last night, and has snowed on and off (whenever we're under one of those lake streamers) all day today.  It was so snowy that our snowshoe hike was cancelled!  Lots of snow, but no safe parking.  So I went snowshoeing in the woods by myself and soon encountered the 'snow beasts'. 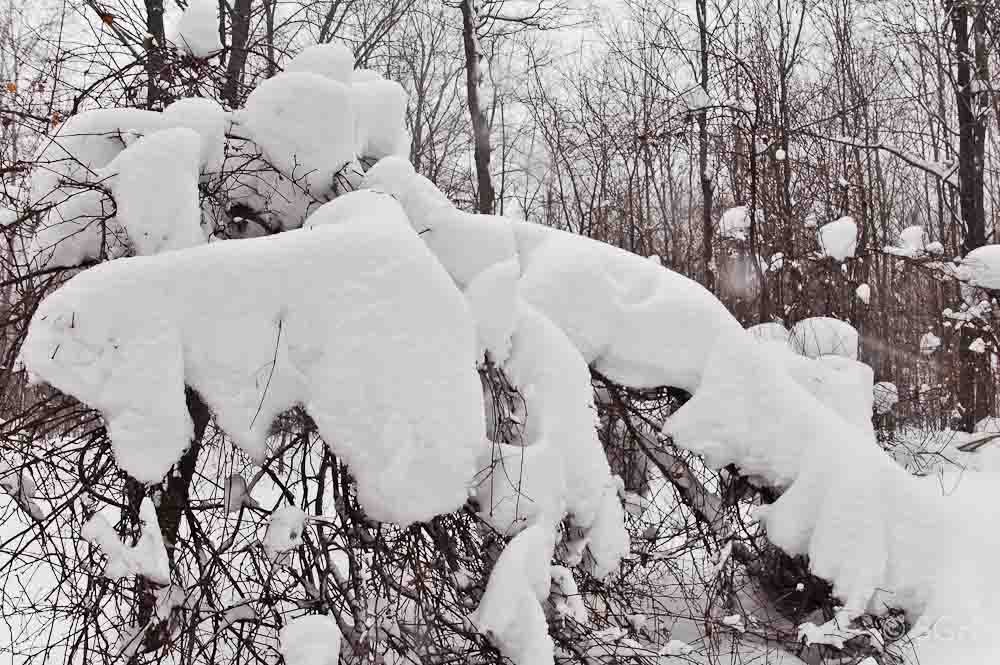 It was slow going, even on larger snowshoes.  I sank in about a foot in the very light powder snow, the accumulation of two nights of new snowfall. 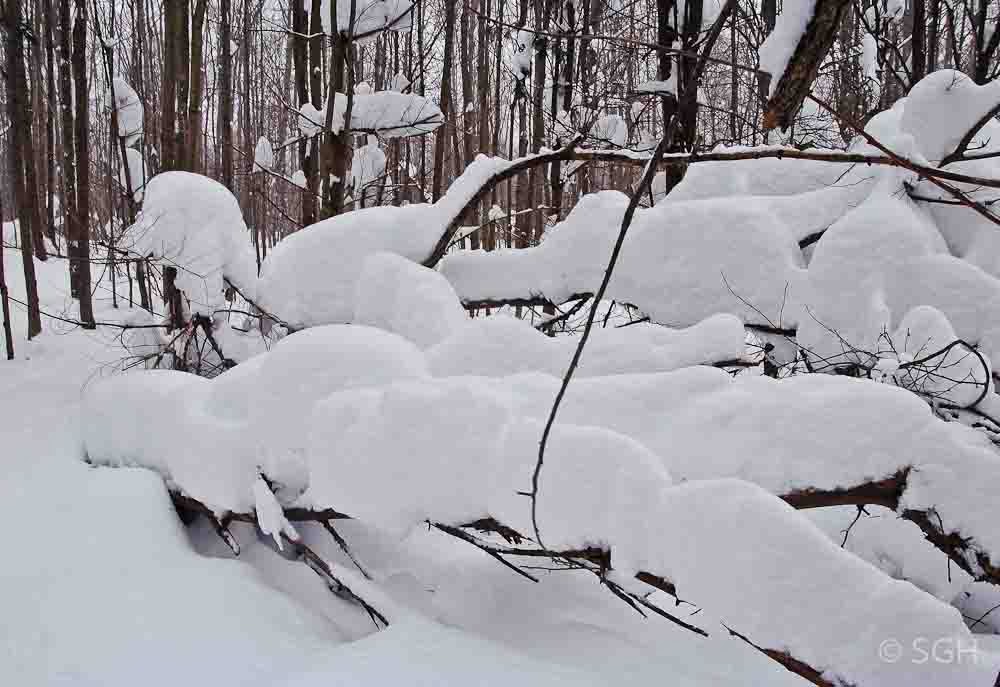 But once in the woods, where there's little wind and more shelter, the snow was piled up on every branch, forming the huge white snow beasts I've come to expect, especially down in the swamp. 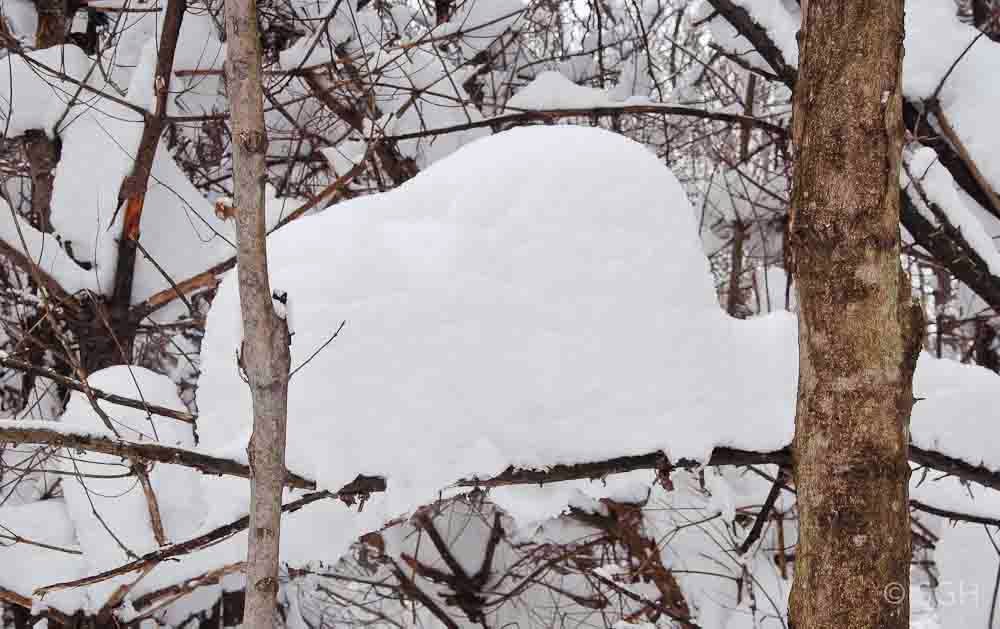 This one looked like a huge white rodent perched on a branch behind these two trees. 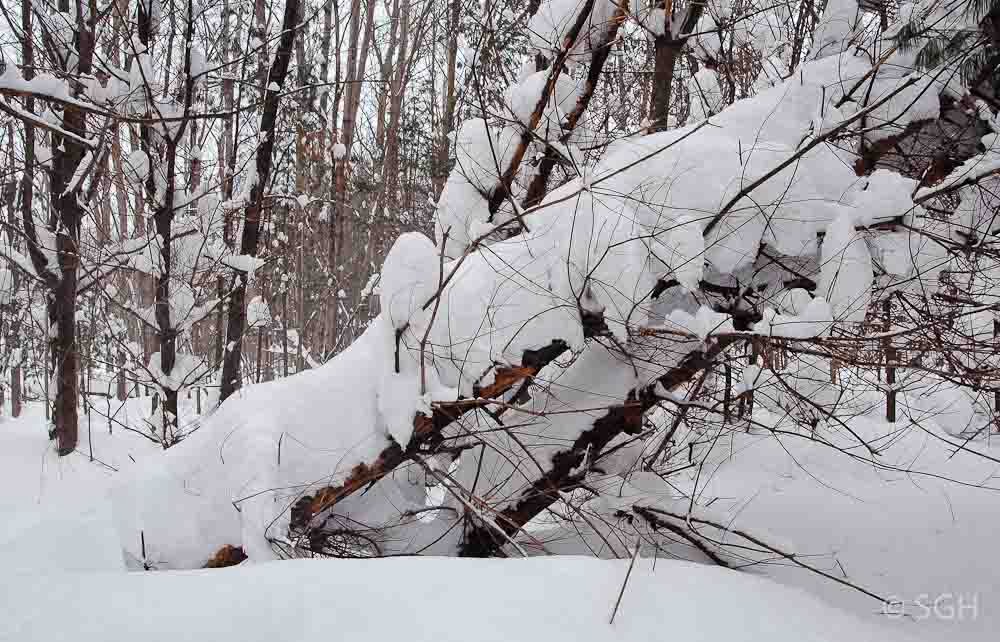 And any fallen or leaning tree, with more surface to catch the snow, accumulated large piles of the white stuff. 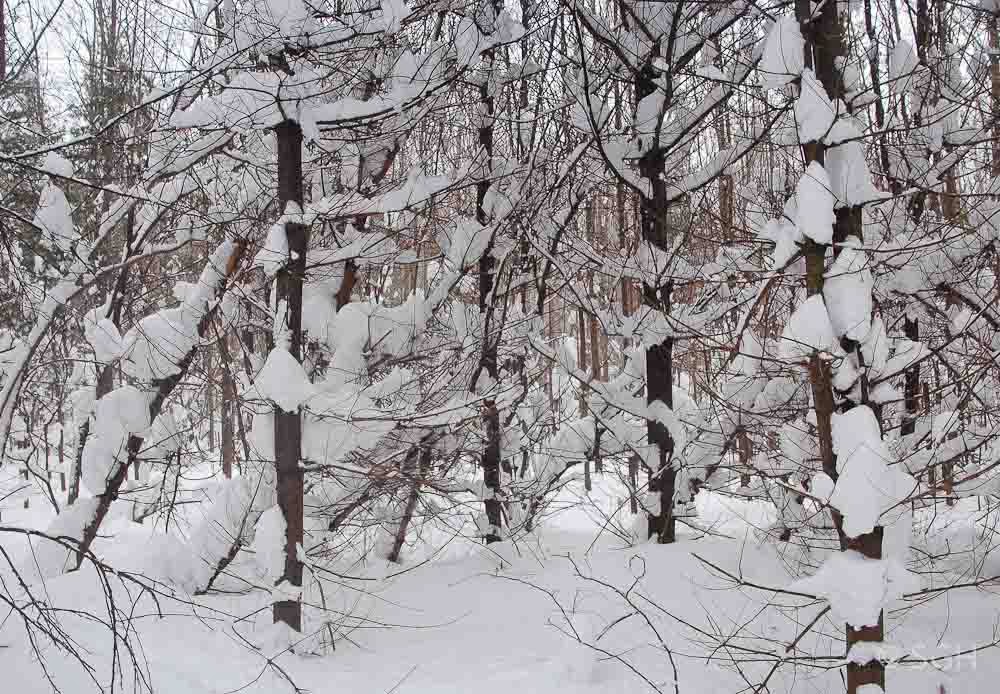 It's not really a swamp, though in spring there are some wet patches and pools, but it's a crowded mix of new growth, some planted pines, and a few dead trees still standing.  It seemed to catch the snow in all directions, on every branch. 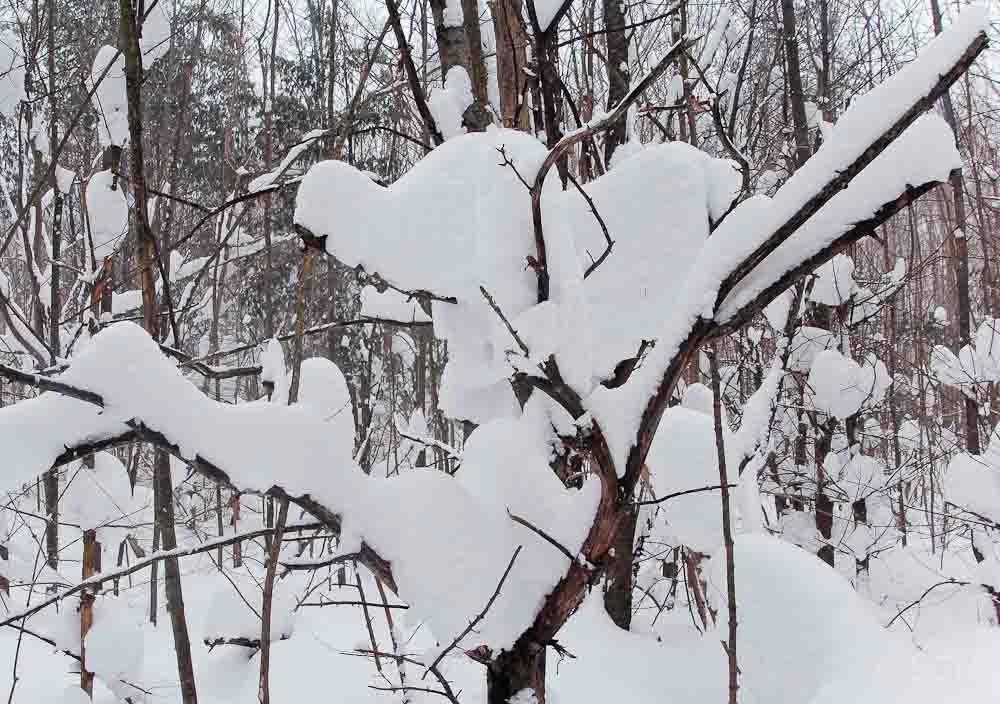 Snowshoeing depends heavily on the snow conditions.  With a bit of an icy crust like two weeks ago you might walk right across the surface.  This was the opposite, and in the swamp the snow was at least 2 feet deep, and sometimes 3 or more.  I sank down a foot to 18" with each step, and that gets very tiring. 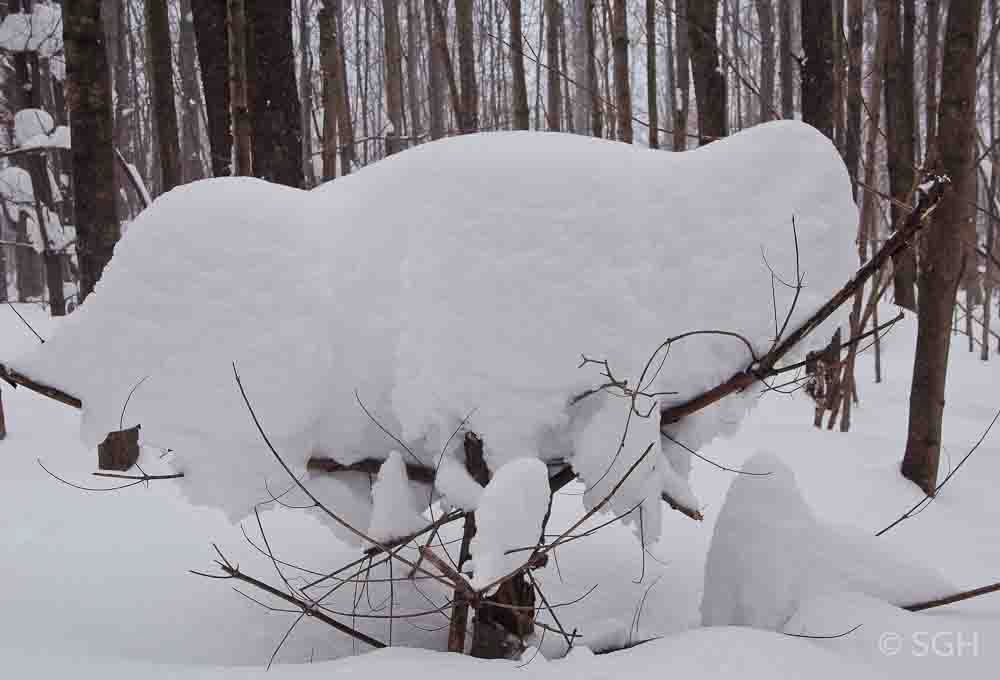 So I didn't go far, but turned around and passed these other snow beasts on my way back to the trail I'd made on the way in.  It's breaking fresh trail that's the hard work; once back to my earlier footsteps it was reasonably easy going.  Even one pass with snowshoes makes it enormously easier for those following. 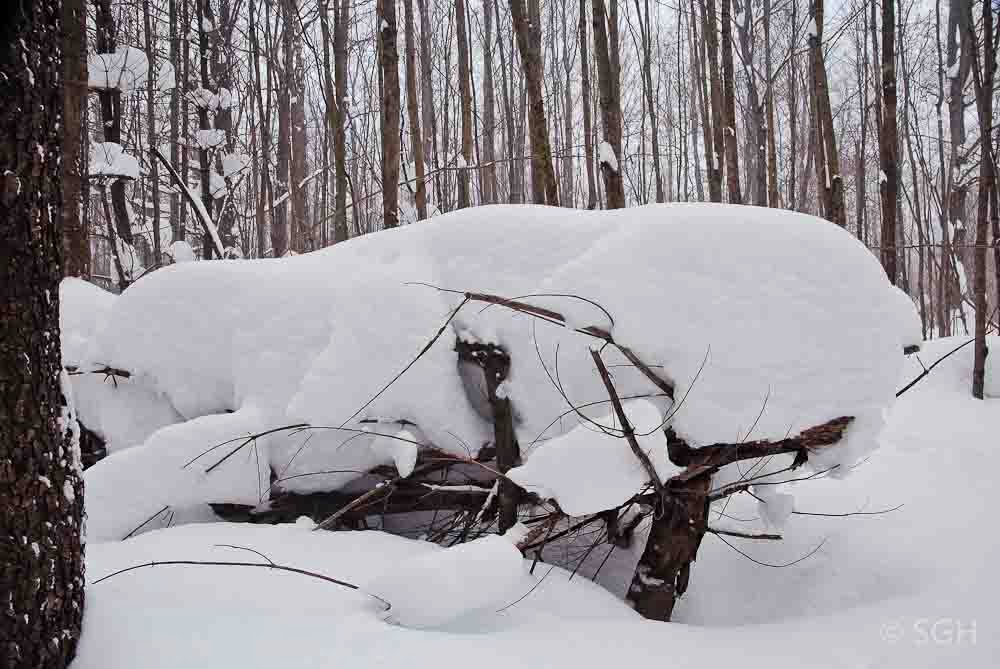 These two looked like huge hippos, perched on the branches of fallen trees.  A very snowy day for a walk.