I've just discovered the blog meme 'Sunlit Sunday', hosted at 'My Little Home and Garden' just for the three winter months.  Sounds like a good idea to me.  As a photographer I understand how precious those cold, snowy but clear sunny blue-sky days can be during the winter months; they never seem to come often enough.  So here are a few sunny day pictures, most taken on Friday when the temperature was frigid, but the sun was bright. 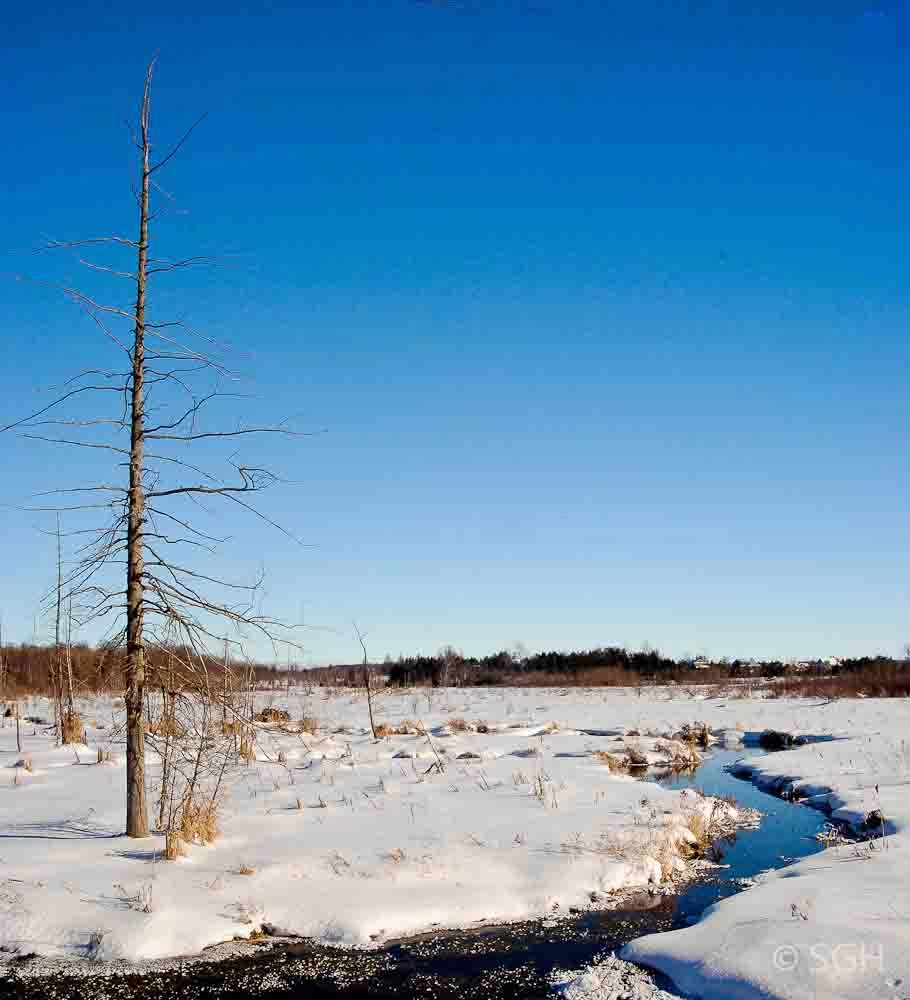 A bit of Lower Wodehouse Creek

Meantime, it's an old-fashioned winter here, with piles of snow around the streets in town 3 or 4 feet high, and 15 feet high in the corners of the small parking lots.  We got a fresh 4-6" last night, and I spent 2 hours blowing and shovelling snow today. 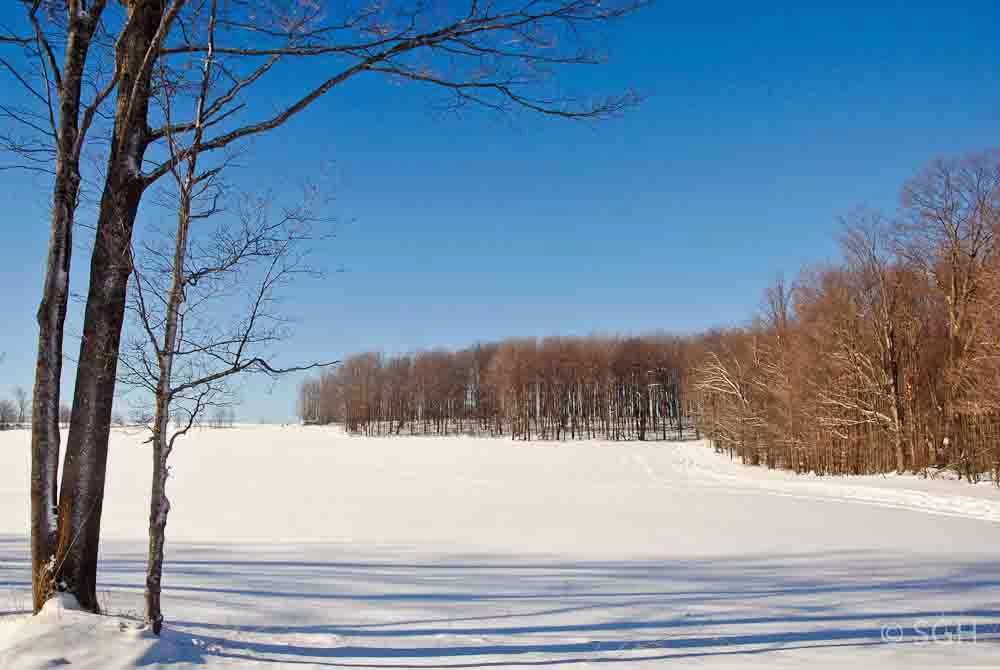 A farm field to the west of us; snowshoe tracks along the woodland edge.

Those frigid arctic temperatures don't generally bring much snow, and true to form, the 3 days of -20°C or lower this week brought no new snow.  But now it's warmed up (to about -10°)and tonight one of those 'Colorado lows' arrives; we're forecast to get another 6-10".  It started snowing about 3 p.m. and is still coming down steadily. 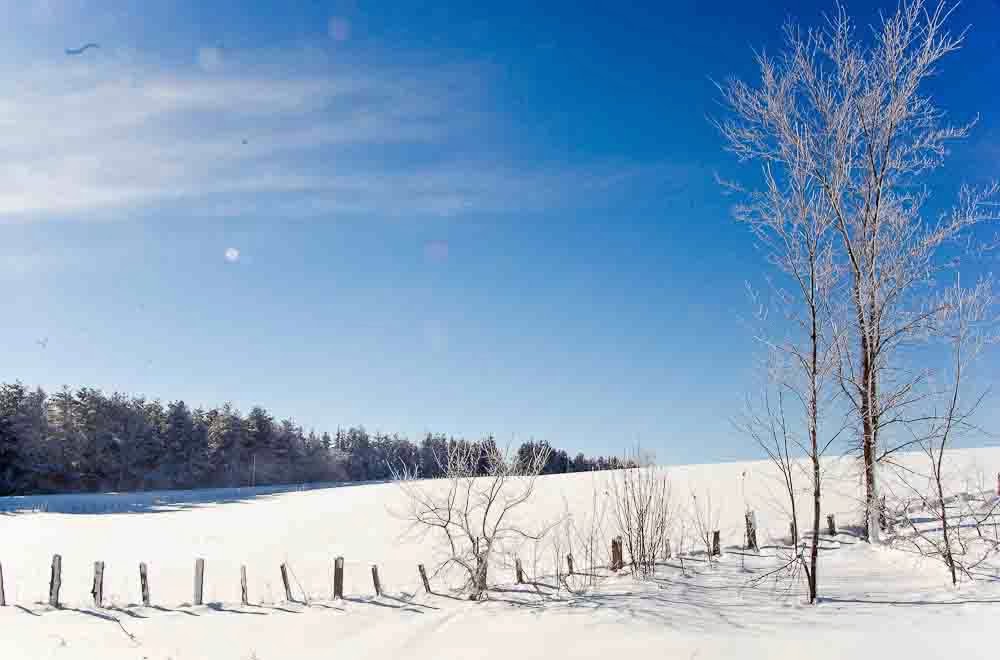 An elm tree still sparkling from the ice storm.

There are both a 'Snowfall Warning' and a 'Snow Squall' warning on the Weather Network.  Heavy snow tonight from the low pressure system (relatively warmer air from the southwest), to be followed by more arctic blasts from the northwest, bringing those lake effect bands of even more snow tomorrow.  And there's a predicted 'Wind Chill Warning' for tomorrow too. 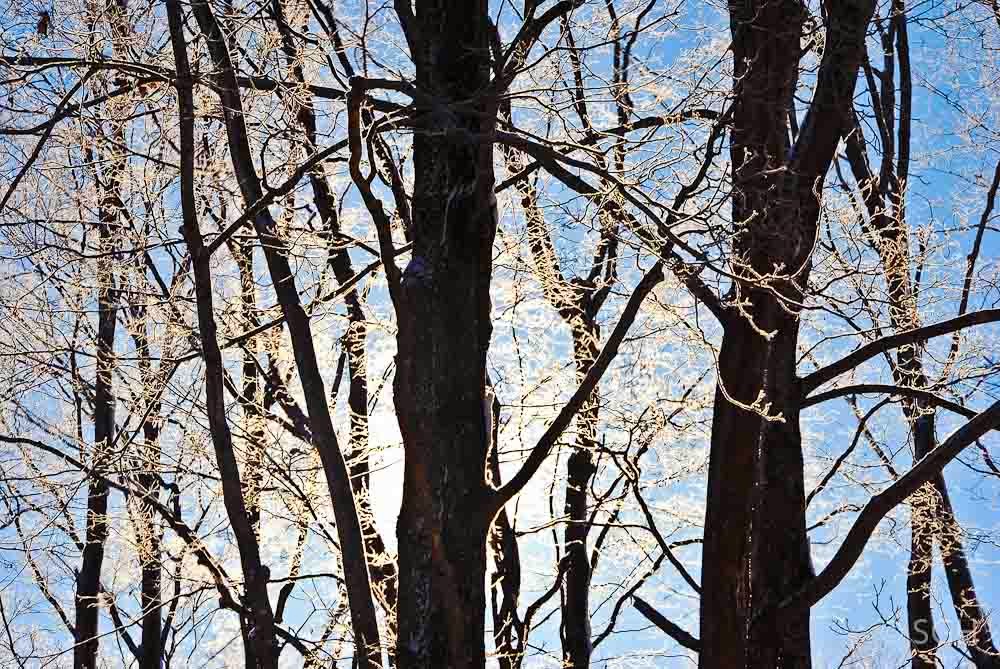 If you've never been in a real snow squall, you probably won't know what it's like.  Because these blow in bands across the landscape, visibility can suddenly drop to zero, and you're simply lost in a white world, unable to tell even where the road is, but too worried about vehicles behind you to slow down and stop, unable to see where you can pull off the road safely.  So snow squall warnings are something we pay attention to!  Simple heavy snowfalls are no real problem and 'snow days' are common.  I think someone said we had 20 such days with schools closed last year. 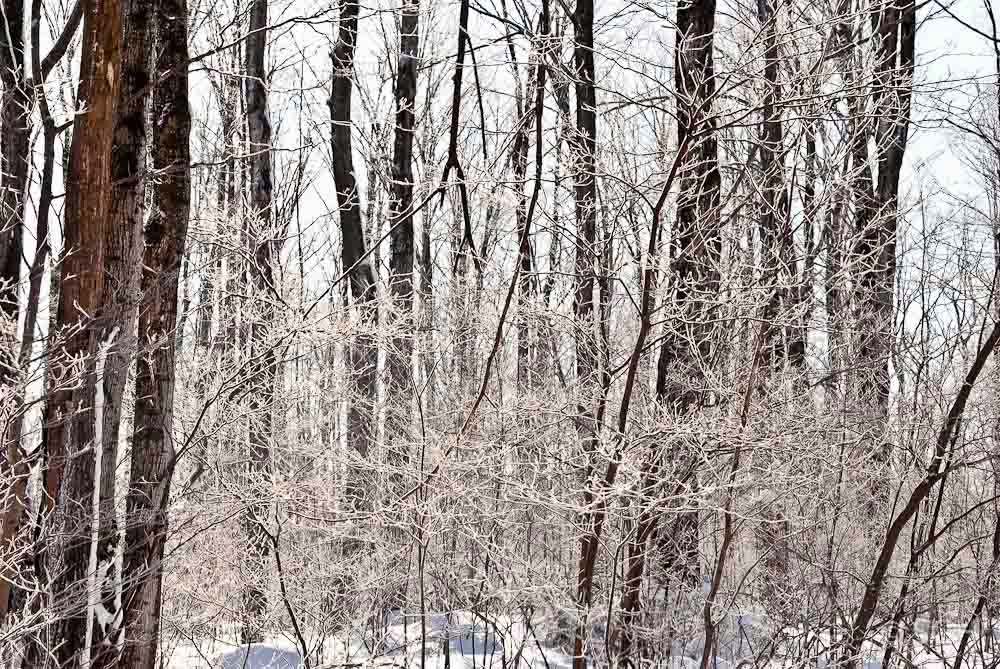 The sun shining through the woods.

Today both the 'Snowfall Warning' and the 'Snow Squall Warning' use the term 'life-threatening' because of the forecast severe windchill of the arctic blast tomorrow.  I can't recall reading that term in weather warnings here ever before.  If you got stuck in the snow on a road that was closed, you might be in severe trouble.  Some roads around here have standard signs warning of winter road closures, mainly because of the severe westerly winds that usually accompany the 'lake effect' snow squalls. 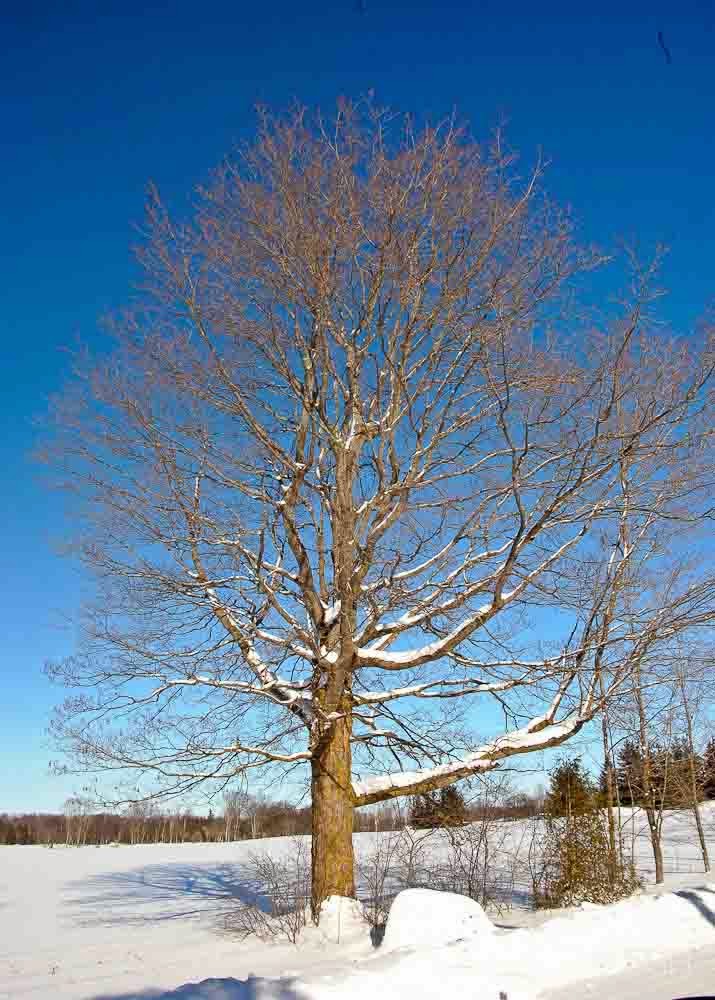 One of many roadside sugar maples.

In any case, I'm looking forward to the 'more snow' part of it (if not the snow squalls and wind chill).  I was out cross-country skiing today and the woods was a wonderland of snow and trees, piles of it.  Conditions for skiing were excellent.  After another big snowfall they can only get better; it's turning out to be a 'good winter' for those of us who like it! 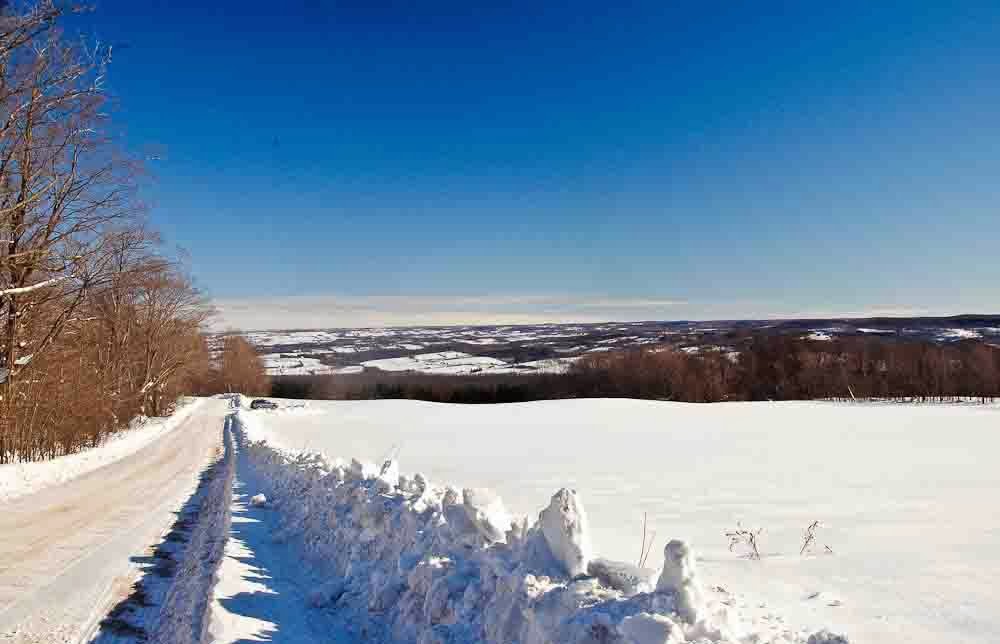 A few of the valley from the 16th Sideroad.

You can see here how the snowplows take advantage of days without new snow to push back the upper half of the snow ridge along the road, to make room for more snow in the next storm.  They came around and did this earlier this week once the ridge got 3-4 feet high.  After tonight's storm, they'll be glad they did!