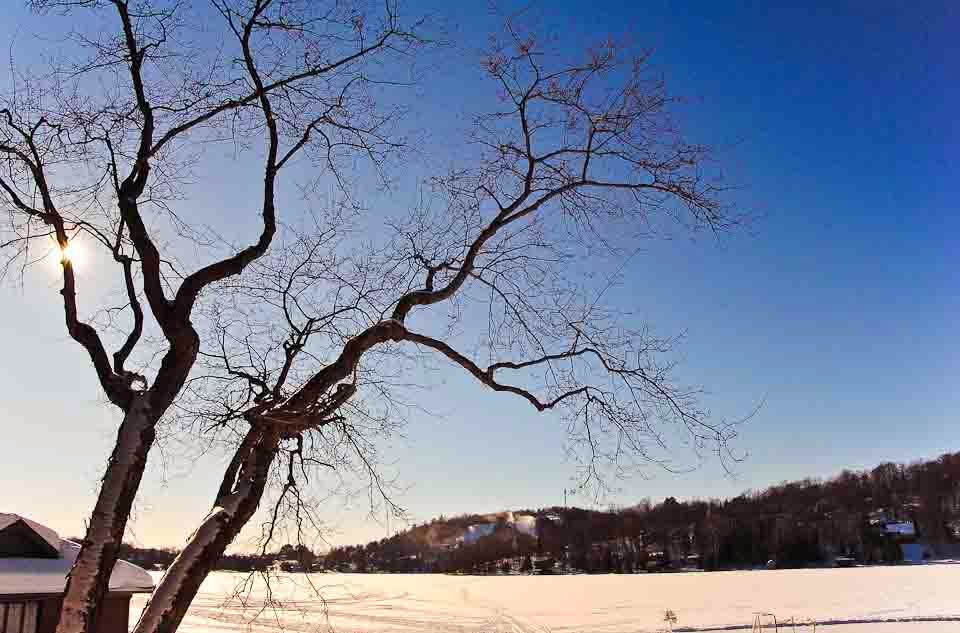 I took a few quick pictures before I headed out skiing at Pen Lake on Tuesday.  I really liked the outline of of this tree against the deep blue sky.  The corner of the summer boat house shows up on the left, and straight ahead on the far shore is the popular resort Hidden Valley. 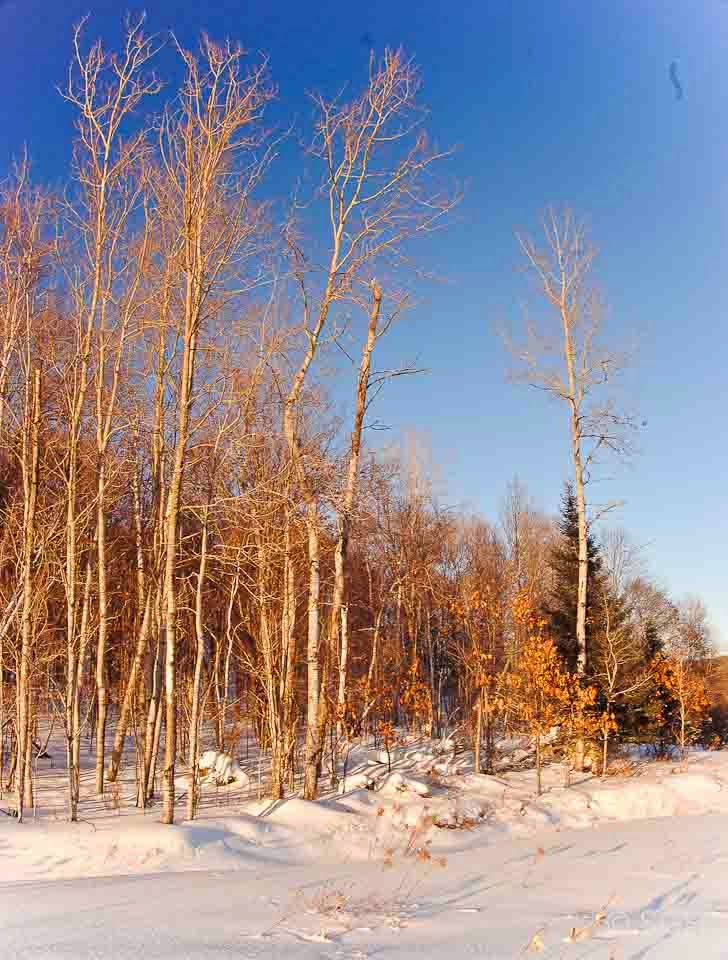 The sun was already started down toward the horizon as I set out, giving a golden glow to these trees on the edge of the meadow. 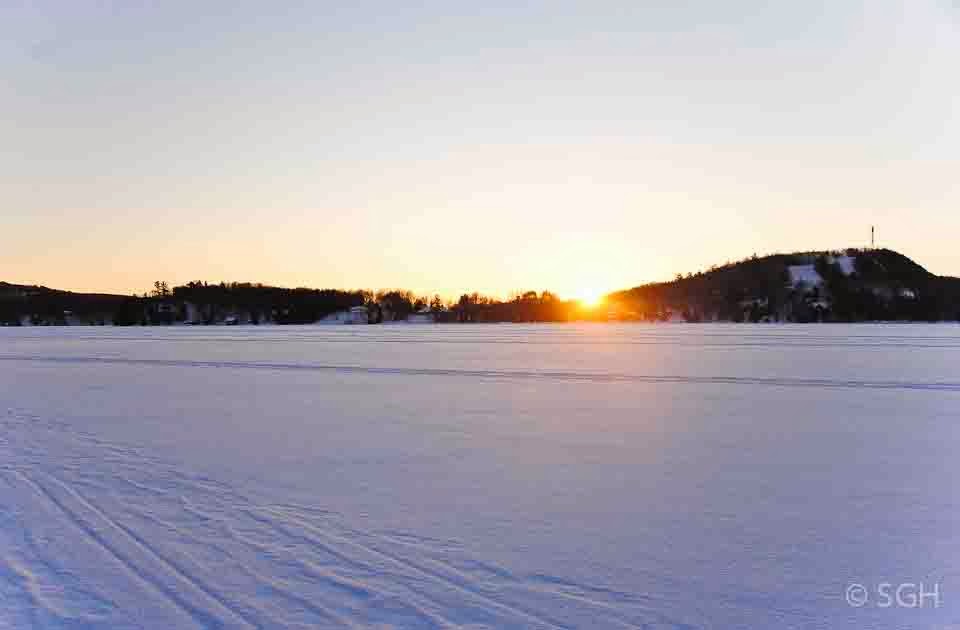 And once I got out onto the lake the sun was close to setting.  There are ski, snowshoe and snowmobile tracks back and forth across the lake; the ice is probably 18" thick, plenty thick enough to hold vehicles. 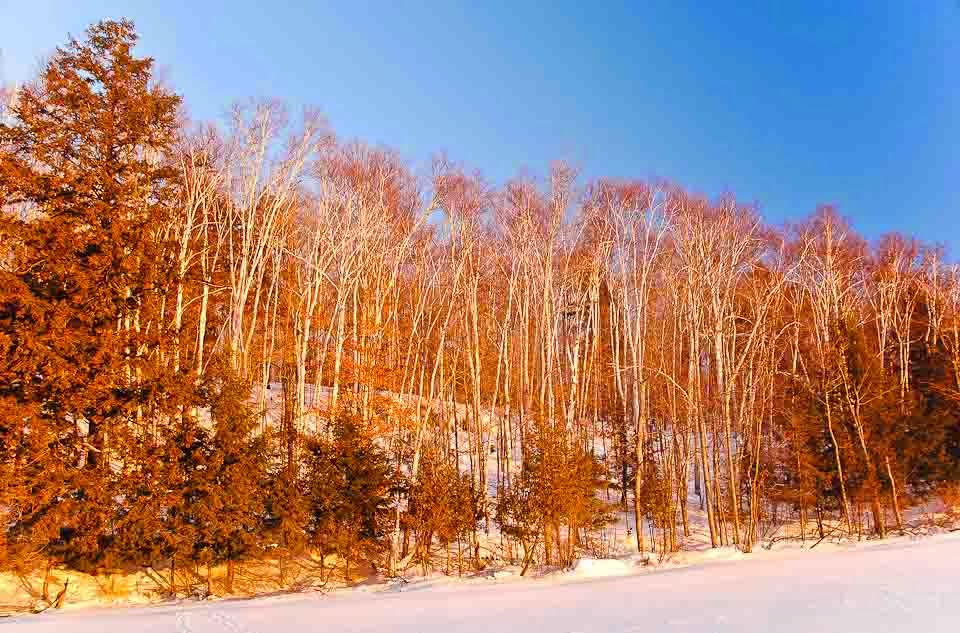 The setting sun was shining on these birch along the shore giving them an even brighter golden glow. 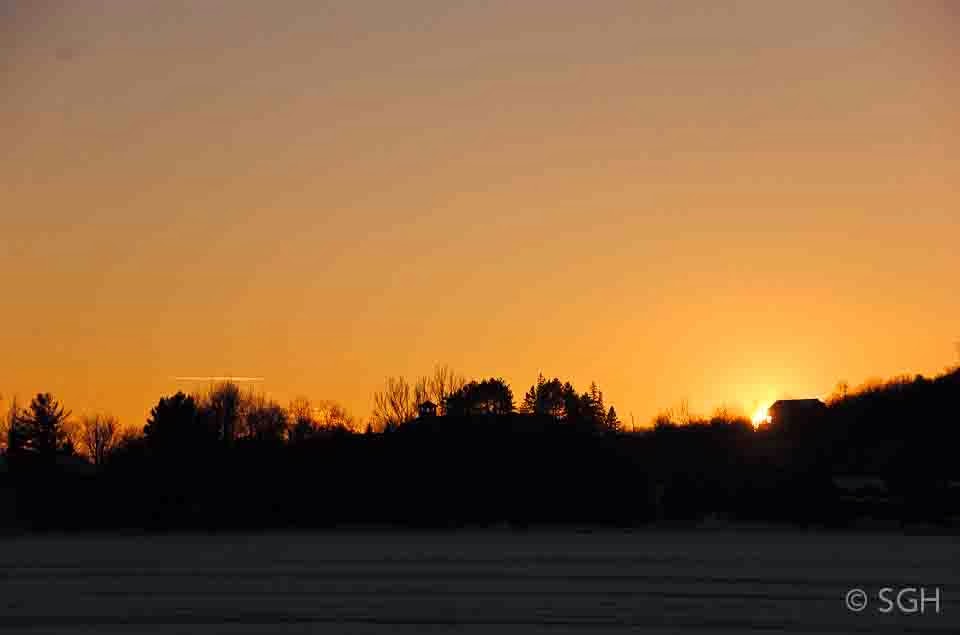 With no clouds the sun set quickly, leaving behind an orange glow all over the western sky. 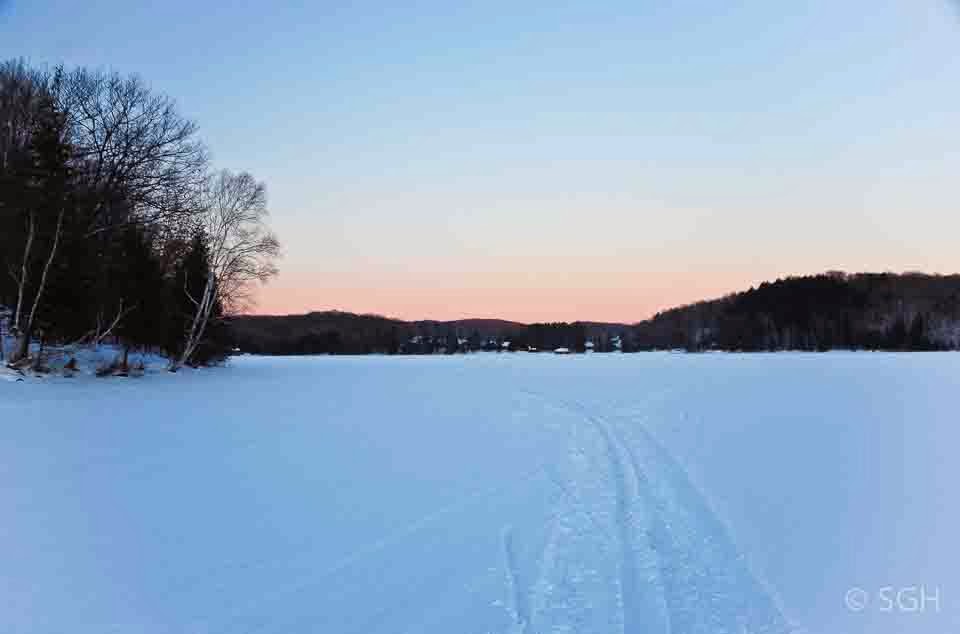 And I was left skiing in the blue light of early dusk, with the pink afterglow lighting the horizon to the south. 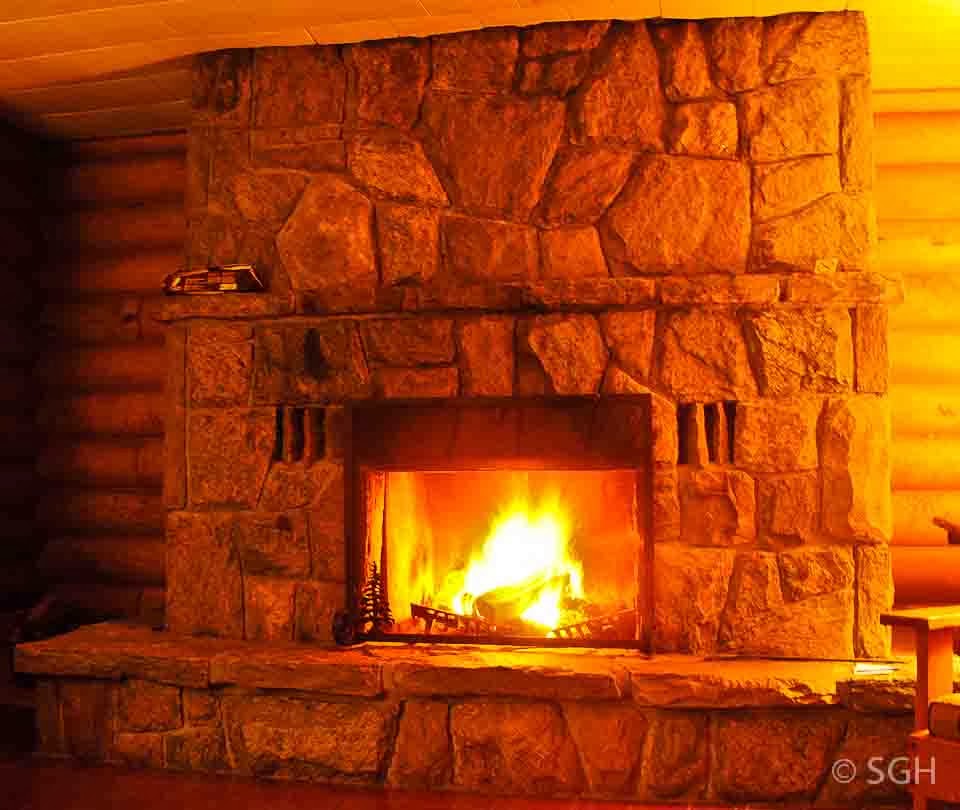 But we finished the day in vigourous debate in front of the fire in the cabin.  A memorable day of cross-country skiing under northern skies, at about -24°C, but with little wind chill.