I can't believe it's May 1st!  April has whizzed by here, even if I haven't been out much.  Just a few warm days, but still lots of stuff coming up in the garden.  Today was another garden work day, and we had our trusty garden helper work on edging in a few places.  Next week he will start on framing in the new veggie border down the east side of the house. 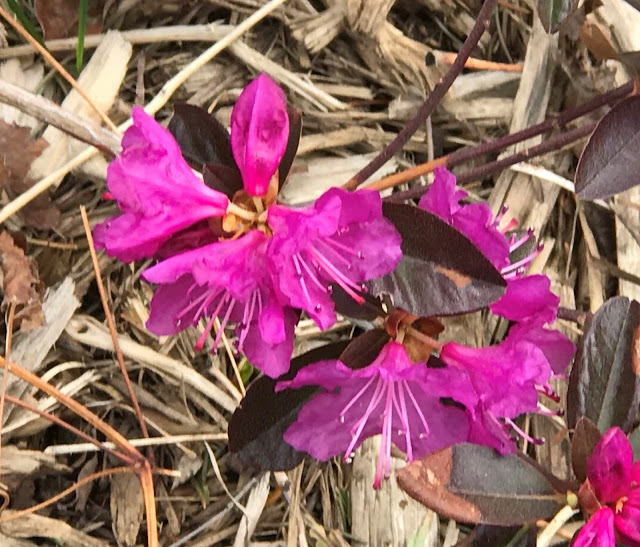 Our two Rhododendrons that we thought were dying or dead have burst into the most beautiful deep pink blossoms. 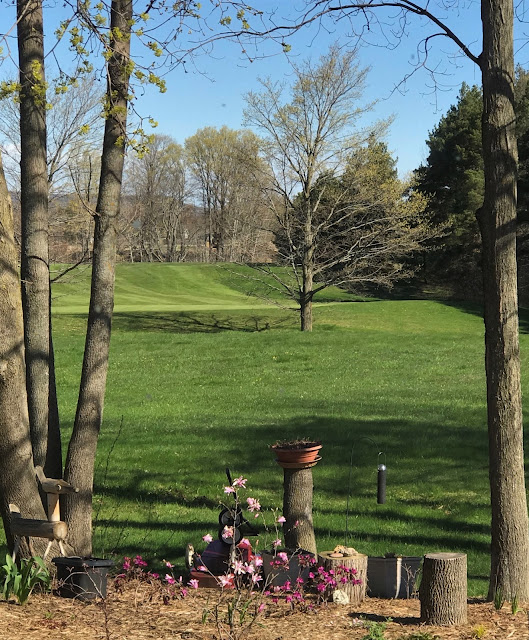 I looked out the window from a new angle this morning, and saw both a shimmering of green on that distant Sugar Maple and the Rhododendrons in the foreground. 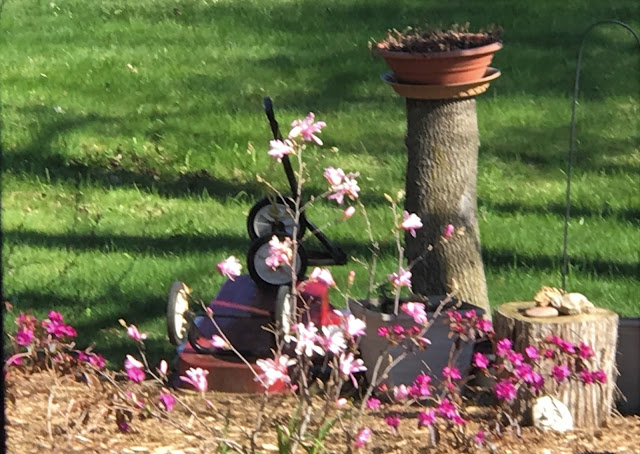 I managed this closer photo, but then asked Mrs. F.G. with her growing photographic skills, to get a few closer photos.  She can simply get closer to all these garden plants than I can; the rest of these photos are hers. 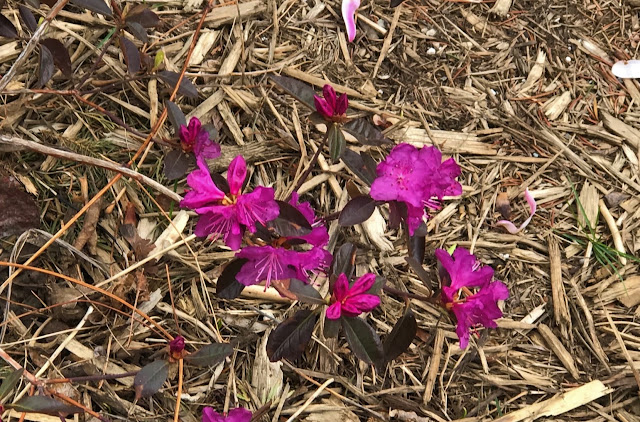 I just think this colour is hard to beat. 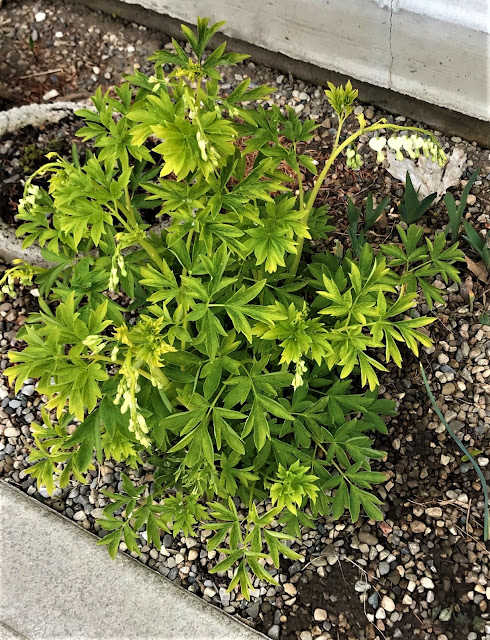 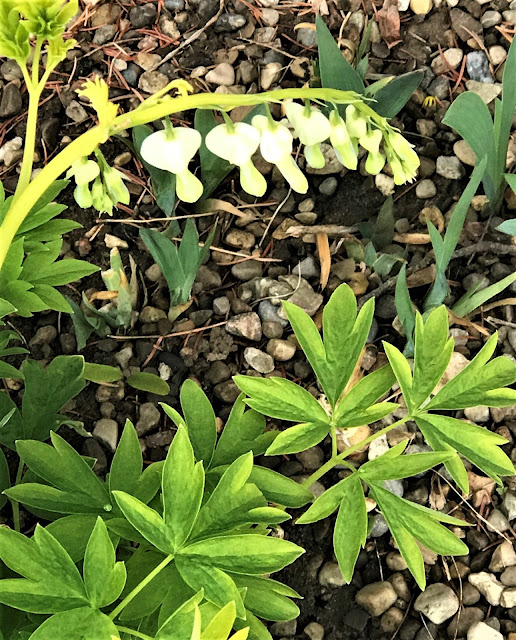 Out front the Bleeding Heart has bloomed, though the whites are again a bit blown out here. 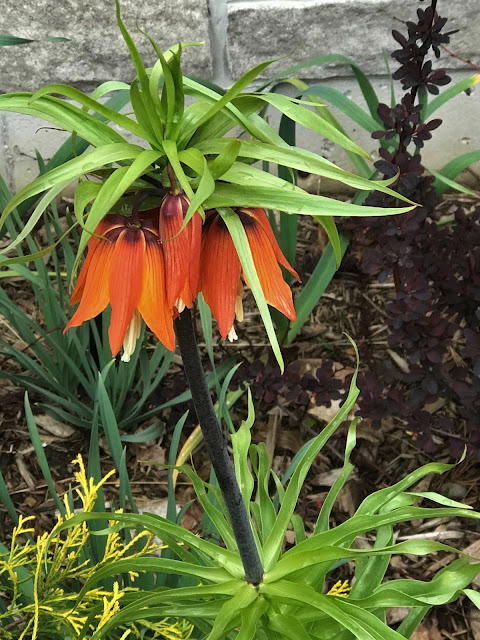 She could get a much closer shot of the stinky Fritillaria than I could. 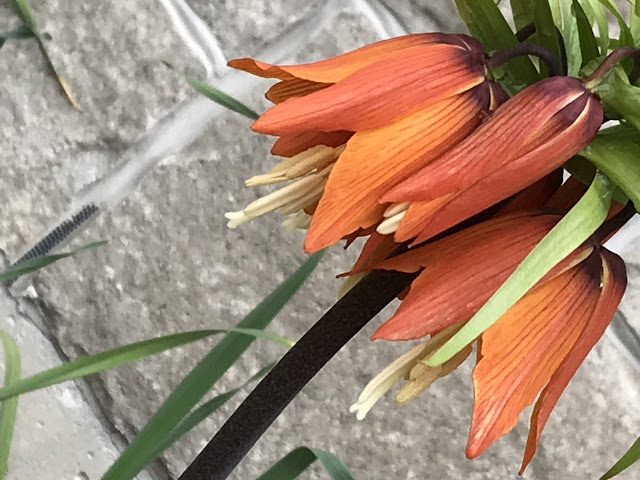 And then she started to get artsy1 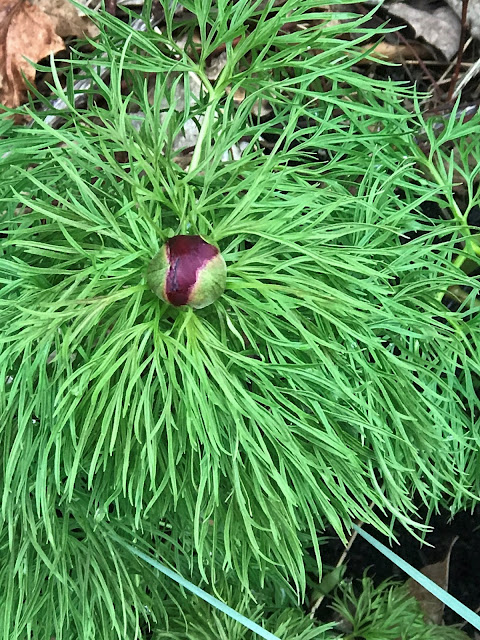 But the prize this year is the Fernleaf Peony, which appears to be growing well and will have several blooms.  We were a bit worried about it after it was transplanted from the old house.  We've found it hard to transplant, but it's a very expensive garden plant so we didn't want to lose it.  Luckily we were given the original plant.
It's still disgustingly cold outside for me, probably not getting above 10°C.  I'd like a nice sunny week of 18°!  But the forecast is for rain the next 2 or 3 days, and then a high or only 8 or 9 the next few.  Balderdash!