You may remember the pictures of a Fox that I posted about a month ago.  Well recently we've had a family of foxes appear up out of the ravine!  Right here in town! 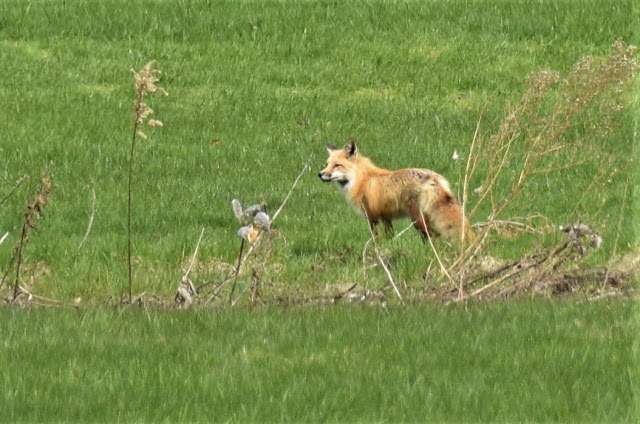 Neighbours have reported seeing a family of two parents and 3 fox kits out playing in the grass!  I've never seen that even all the years we lived out in the country, so we're pleased.  I could add (but probably shouldn't) that they are welcome to eat all the wandering rabbits and cats around the neighbourhood!

The other morning Mrs. F.G. spotted some of them put on the grass so she grabbed my phone and went out to get what shots she could.  Here they are, limited by being at the full iphone zoom. 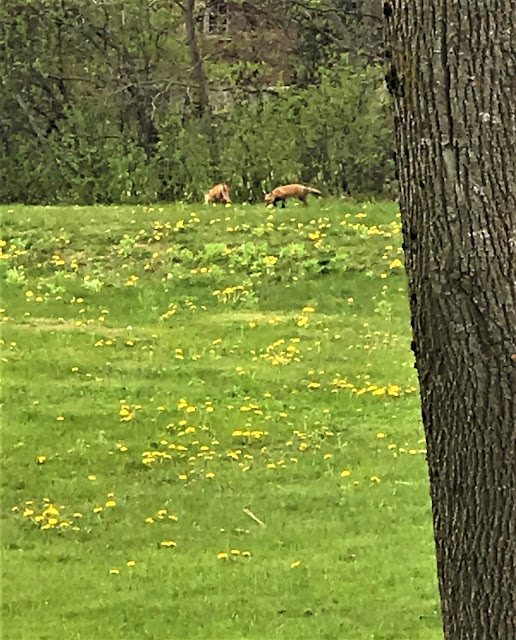 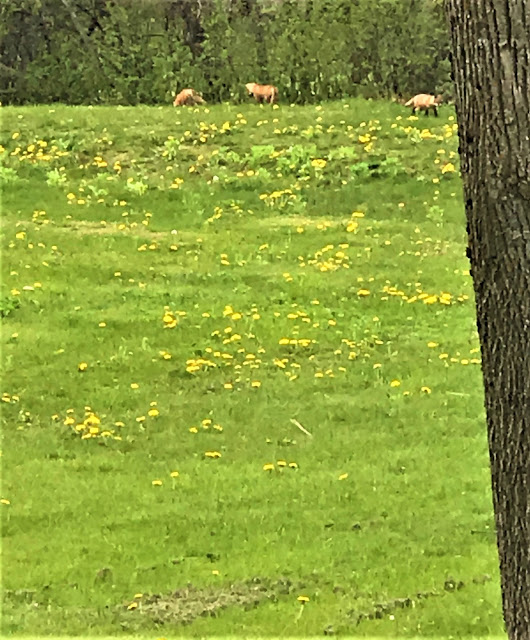 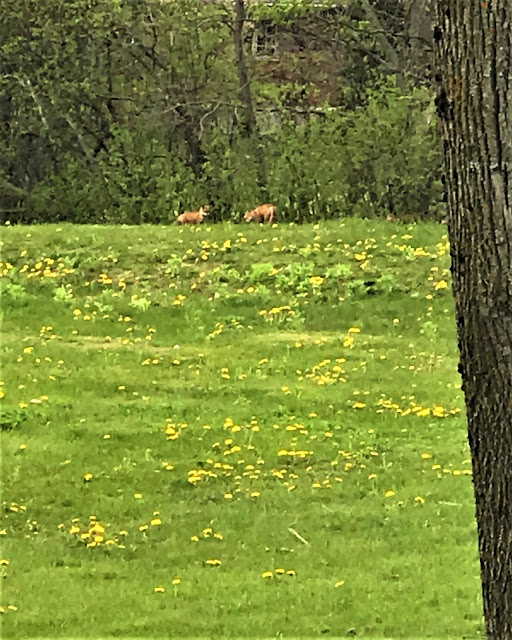 She reported that the fox kits seemed still playful but nearly as full grown as the parents.  What a treat to see them so close.
I'm not really surprised because the west side of the golf curse borders the rural countryside where there's a woodlot, and three streams drain through the golf course providing routes for wildlife to follow.  There's also a band of trees on a forested slope all along the ancient Nipissing shoreline that runs through town from east to west, which could be accessed along one of those streams.  This also intersects the larger valley of the Bighead river which provides a major corridor through town.
I'm also pleased to report that residents have reported on the local community Facebook page a band of Coyotes howling at night just down the hill from us, and two Bobcats have been reported within 3 or 4  blocks, also along this band of forest!  Who knew Meaford was such a wildlife haven!