Five years ago about now, I walked the same woods that my trusty Sidekick walked a few days ago  It's one of my most memorable recent walks, and I can replay it in my mind almost step by step.  I had a slightly different destination than Sidekick though, I was aiming to get all the way out to this cliff and the recent rockfall that shows up to the left. 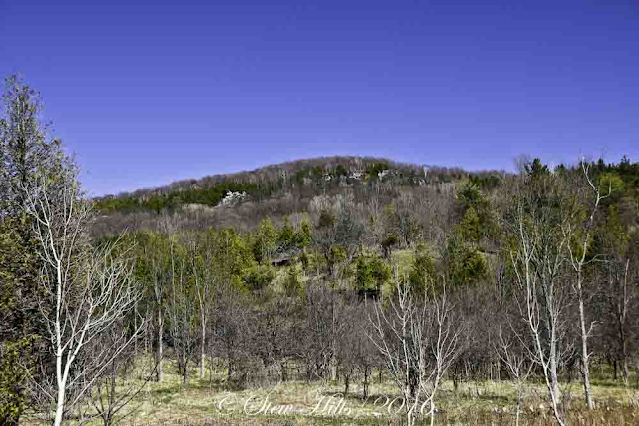 I was walking through that distant bush on top of the cliff, and trying to see if I could get to the bare gap in the cliff in the centre left. 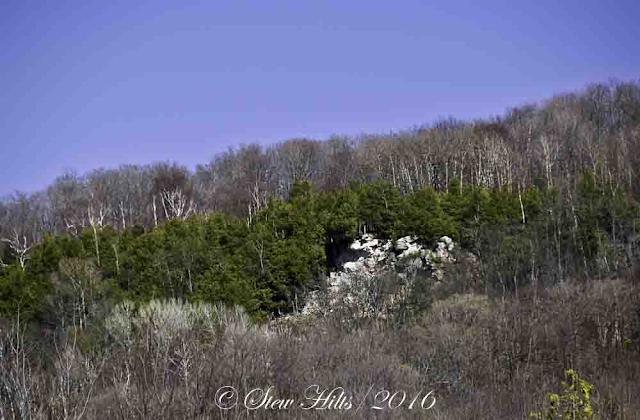 This is a closer look at that rockfall.  It happened 7 or 8 years ago when a whole slab of cliff crashed to the talus slope below. 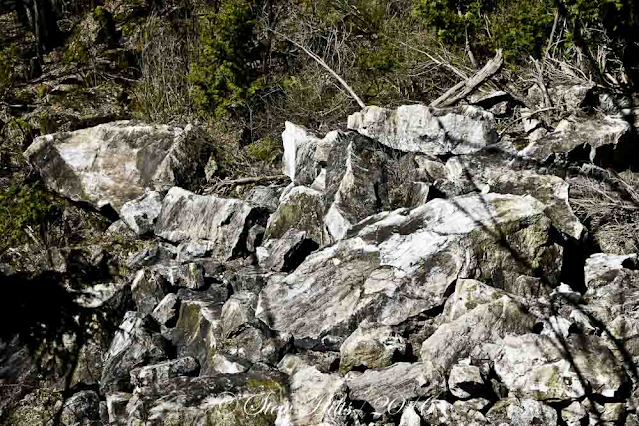 I did get there and this is what I found, looking down over the cliff edge.  A jumble of car-sized (or bigger) boulders, about 60 feet high and 100 feet wide.  It will take a century or two before this is all treed again! 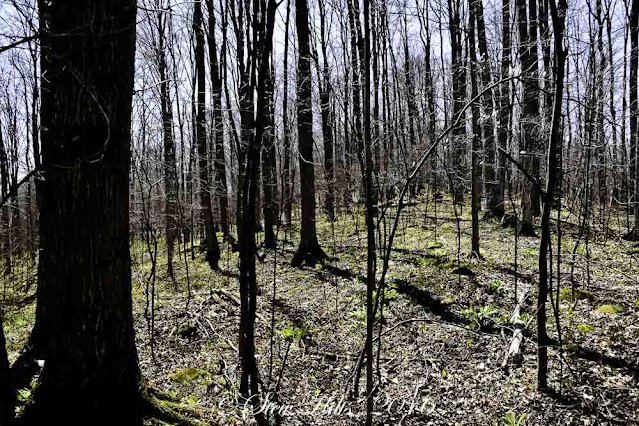 When I headed in the forest floor had its first flush of green, though there were certainly no leaves out on the trees yet. 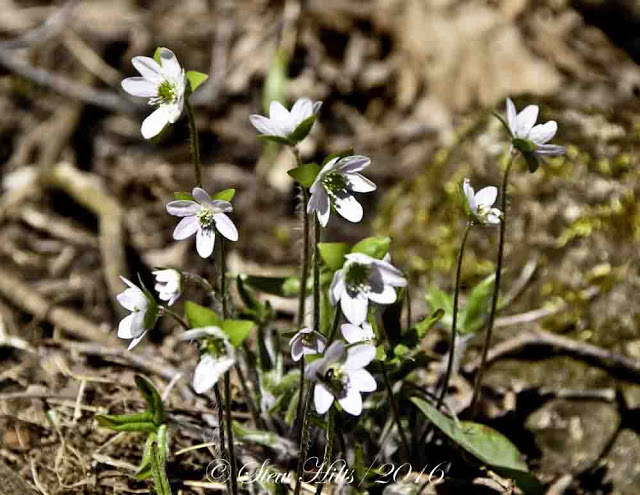 But there were lots of wildflowers, like this Hepatica, one of the very first to bloom here. 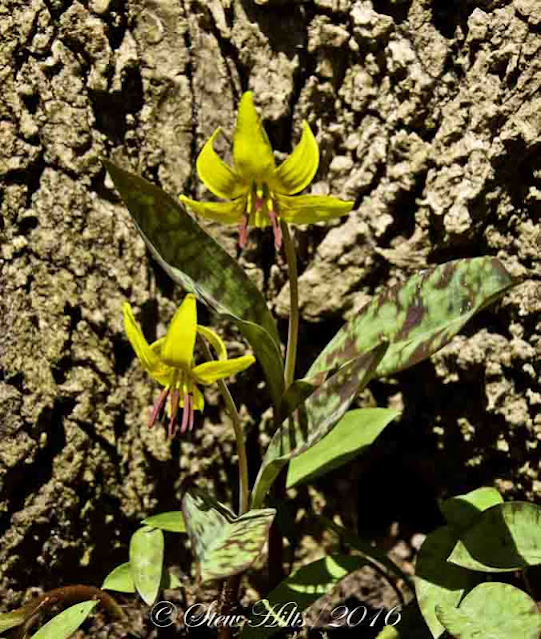 Trout Lily was everywhere, though mostly just the leaves, a few plants had blossoms. 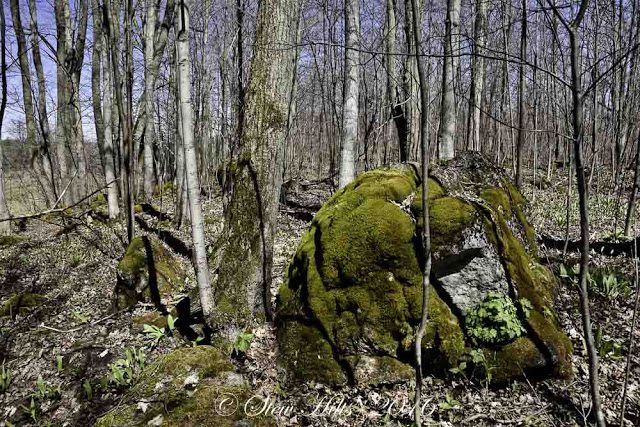 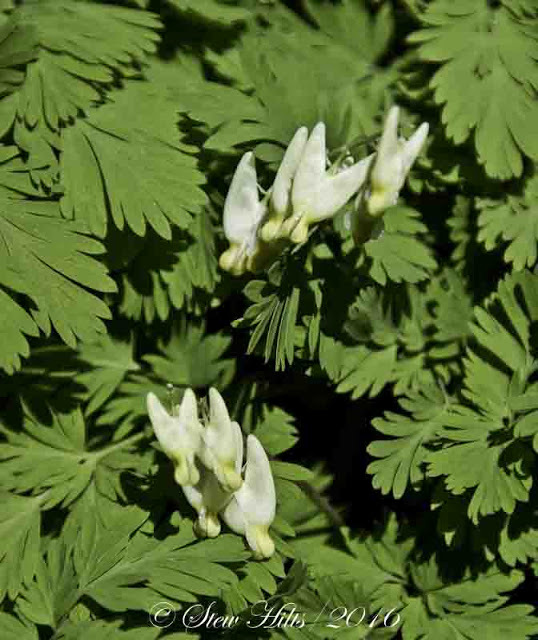 On the side of this big boulder I spotted the Dutchman's Breeches, another early bloomer. 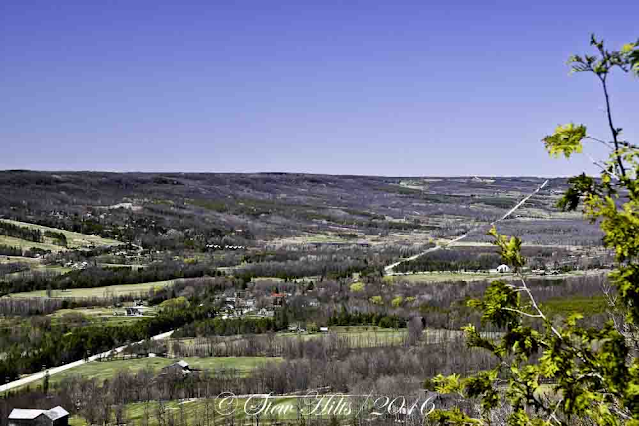 When I did get to the cliff, the view was spectacular! 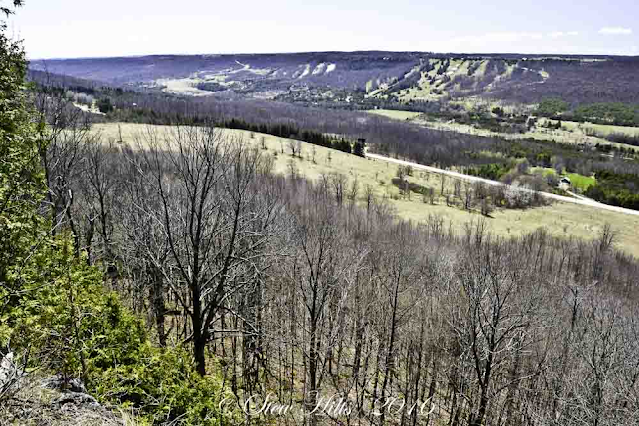 Our previous home would be just out of sight over the horizon just to the right of centre.  Here we're looking south, and that's the Beaver Valley Ski Club. 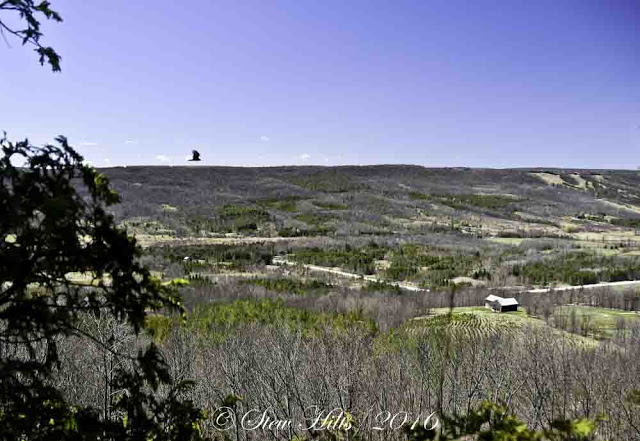 And that's a Turkey Vulture flying at the same height as I am, while on top of the cliff.  As I said, one of my most memorable hikes.
Today's not memorable though, at least I hope it's not - just cold and rainy, not what the first week of May is supposed to be at all!