Today the plan was to build a slightly raised bed for veggies down the side of the house (which gets good morning sunshine).  Our garden helper arrived early and went to work after a little coaching as to what we wanted.  It has worked out wonderfully well.  Turns out he is just as good at building things as working in the garden. 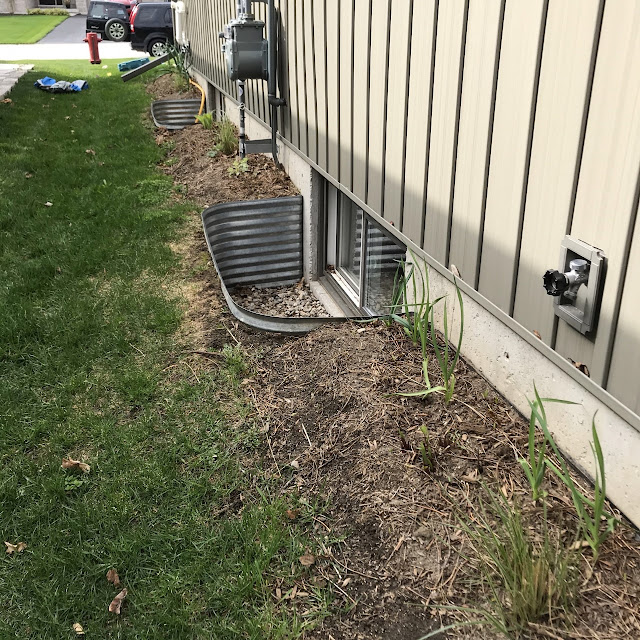 This is the before shot, so far a mostly unused strip of dirt, filled in as garden to avoid mowing the awkward spaces between the window wells and around the downspouts. 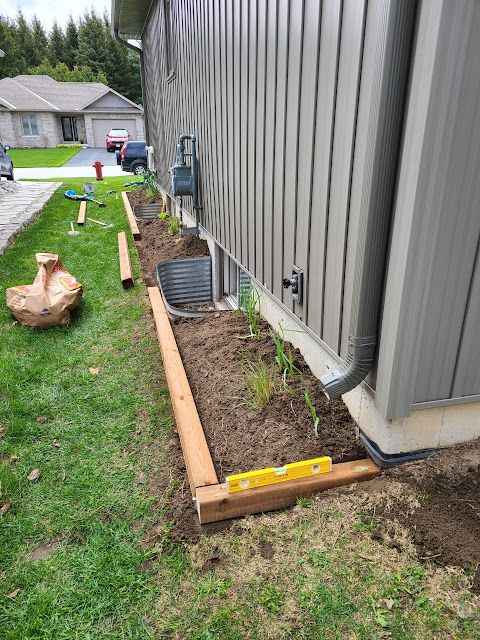 And this is the beginning of the work - cutting out a narrow strip of sod and laying down the 4x4s, then working out all the levelling and spacing. 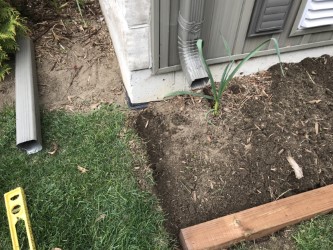 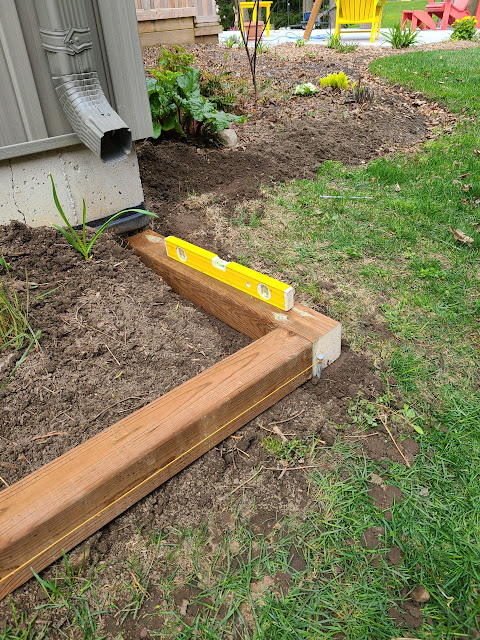 Figuring out and levelling up the corners which had two downspouts I was concerned might interfere. 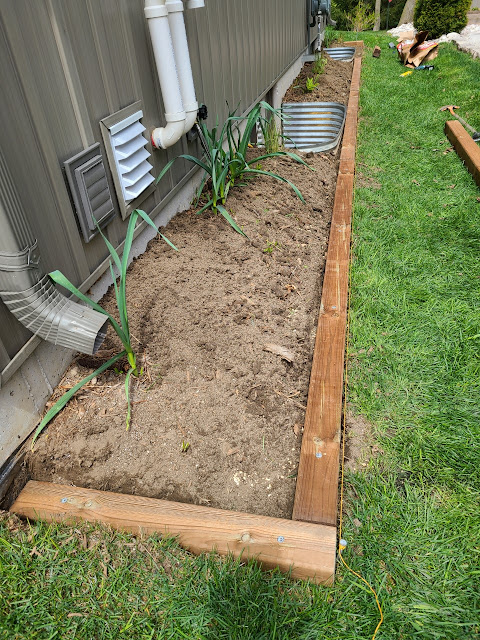 The first layer is down and looking good.  That's garlic planted along the house.  The boards got spiked into the ground with 12" spikes; they're not going to move!  The top layer got spiked right through the lower layer. 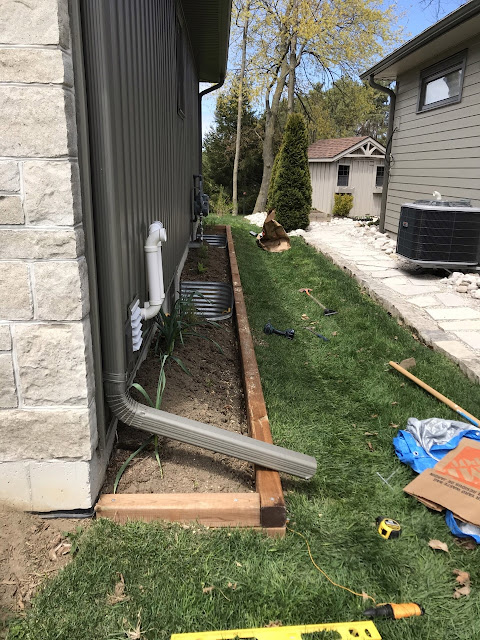 With a little more work on spacing and alternating boards, the entire border is finished.  It certainly went faster and easier than I expected.  As you can see the downspouts fit just fine, nothing to worry about.  He got a big tip today!

Mrs. F.G has a little soil and mulch to add and then plans to plant mostly tomatoes and beans for now.  We'll get more soil, leaves and mulch added in the fall.  We're very pleased with how this worked out.