Yesterday being a bright sunny day, we decided to go for a drive after church.  We headed south, picked up a sandwich in Flesherton for lunch and drove to the causeway over Lake Eugenia.  It provided a good spot to see if there were any interesting birds. 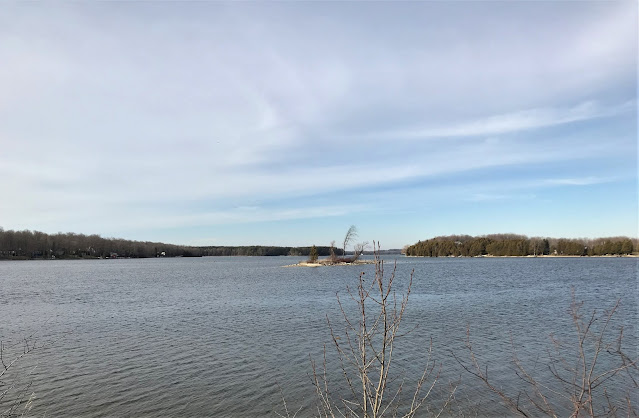 In short, there weren't any. unless you count 500 Canada Geese as interesting.  We parked just where the road is a little wider, with a view out to the little island.  Lake Eugenia was created in 1914 when the Beaver River (right in the middle of this picture, but underwater) was dammed for the power plant.
Water runs in two pipes, over the edge of the escarpment, and down to a generating plant at the bottom.  It's the highest water drop in a Canadian power plant east of the Rockies, and is still going strong despite being 106 years old. 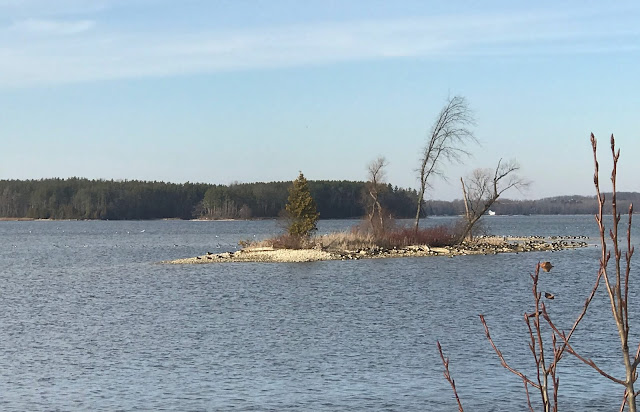 I zoomed in on the island and some small dots suggested there might be some birds sitting there, and on this occasion I had brought along my big telephoto.  It's still heavy for me to hold, but I'm managing for shooting birds out the window here, so I thought I'd try it. 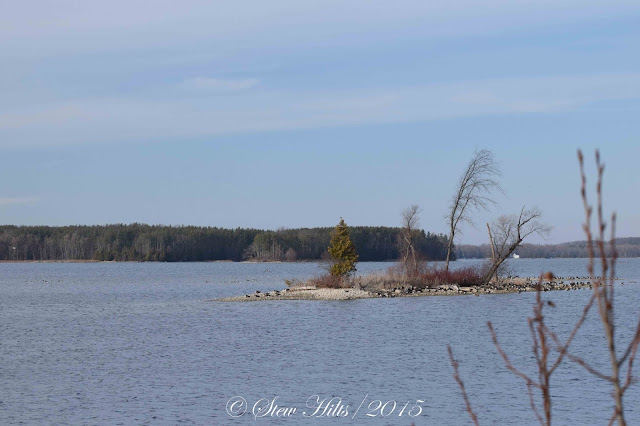 The same picture with my Nikon, and I feel it's just a little sharper.  There are definitely birds sitting there, at both ends where there's exposed gravel. 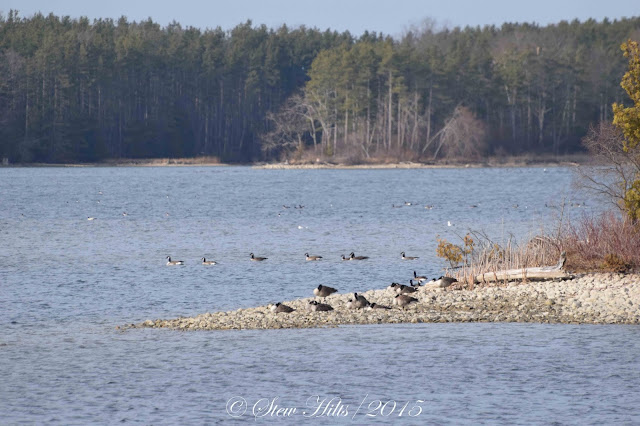 But with the big camera I can zoom in a lot more, and these are definitely Canada Geese. 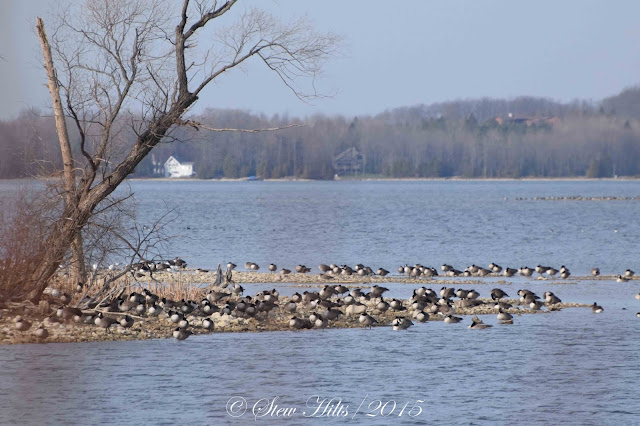 The other end of the island showed the same thing, only more of them.  Looking around there were a few more floating in the water, and some on other shallow gravel bars.  I think some of the birds in the water were ducks, but I certainly could not identify them.  Ontario Hydro slowly draws down the water at this time of year, so both stumps and gravel bars get slowly more exposed, in order that there's space to hold the volume of spring run-off, but it's not a time of year to expect many different water birds.
Here at home it's a dull grey day and has been raining heavily this afternoon.  We appear to be in for our first major winter storm, with up to 40 cm. (16") forecast here by Wednesday, along with more big northerly waves crashing onto the beaches in town and to the east.  I'll believe it when I see it, but if it materializes, we'll have Texas to thank for sending us another moisture laden low pressure system!
Posted by The Furry Gnome at 4:45 PM