The New Library is Open!

Meaford's new library finally opened yesterday after an extra 3 week delay!  I was down there shortly after lunch, and it was a wonderful building.  Much of the focus has been on creating an entirely accessible library, and it was.  This is going to be a common destination downtown for me. 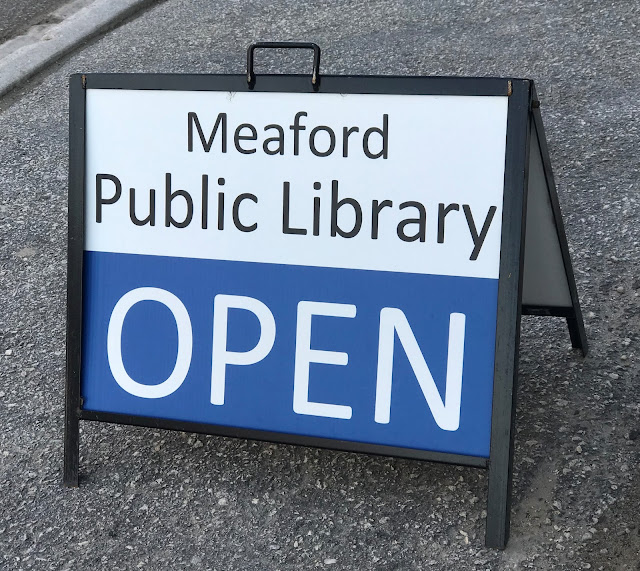 The building is a striking renovation of the former grocery store, with the addition of a LOT of windows.  It does contrast with the historic buildings of the rest of downtown, but to me it looks great. 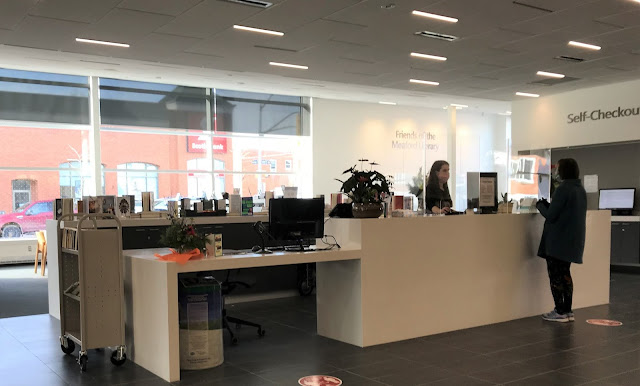 Inside it is bright and open, with lots of space, and even a lower check-out desk for children (and wheelchair users). 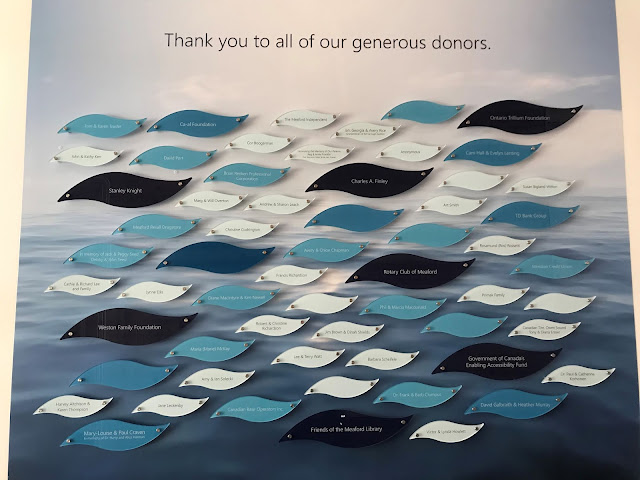 There was a huge fund-raising campaign; this is the main donor recognition wall.  Some of the rooms are named after the really big donors. 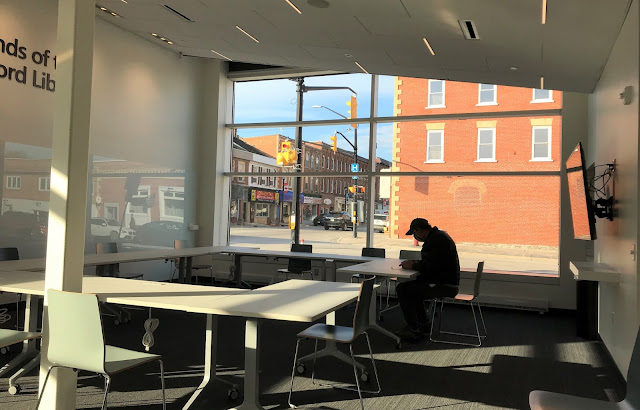 This is one of two large meeting rooms.  There are also several smaller rooms, all set up with audio-visual equipment. 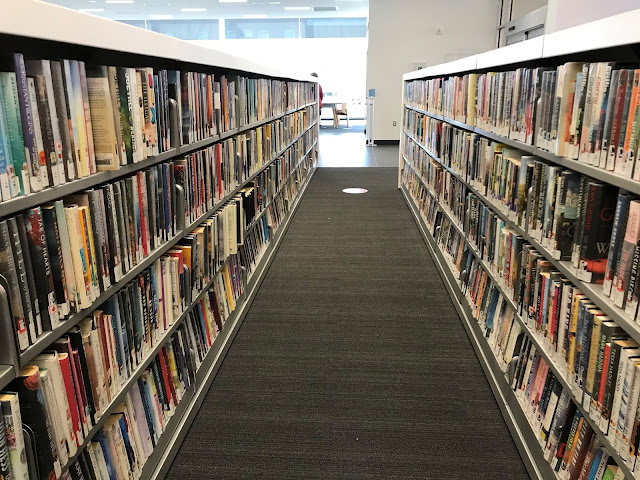 The stacks are wide open and not too tall.  The only disadvantage for me now is that the bottom shelf is awkward to use.  I did find two books and sign them out. 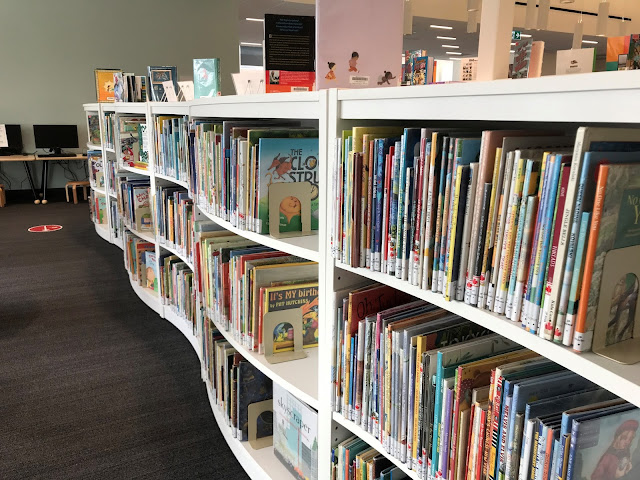 There's a nice children's section where I thought these wavy shelves were really neat!
I was very impressed, and look forward to spending more time here in the future.