It's not surprising that at this stage in November we're getting a light snowfall.  What's surprising is the forecast, for 10°C on Thursday!  Meanwhile today was a physio day and I expect to be a little sore tomorrow after a whole group of new exercises. 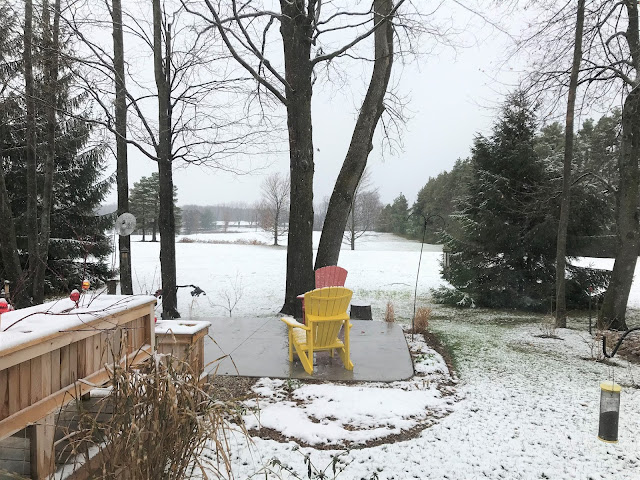 We woke to this light snowfall, not much but enough to turn things white. 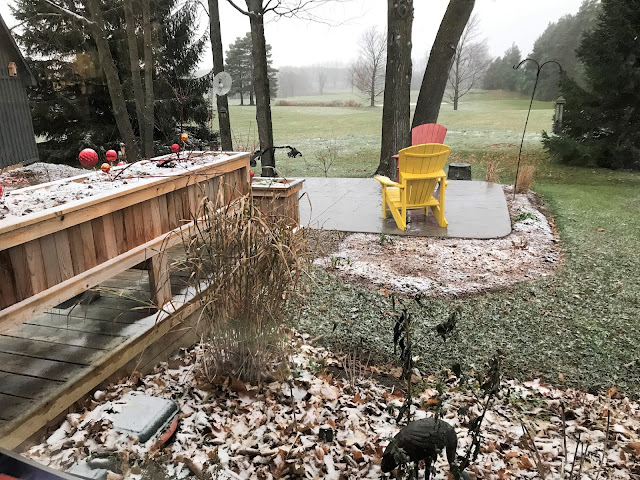 It had actually started the late afternoon before, a very light drift of snow but it continued all night.  It came across the golf course like a wall of white, convincing me that a bank of fog was approaching.  Then suddenly it was gone, living a dusting of white flakes over everything. 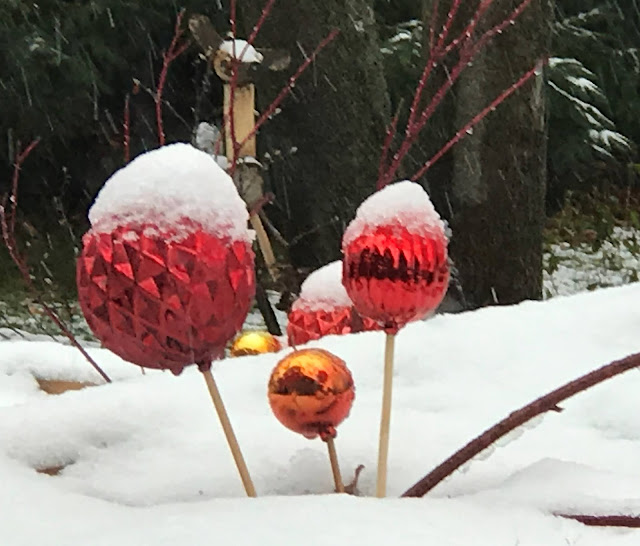 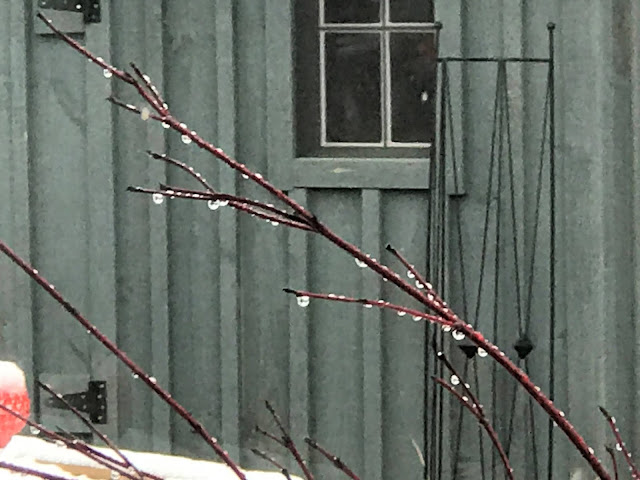 And I noticed later little frozen drops of water, telling me that the temperature dropped suddenly.  Rain had turned to freezing rain at some point overnight, during a quick transition to snow. 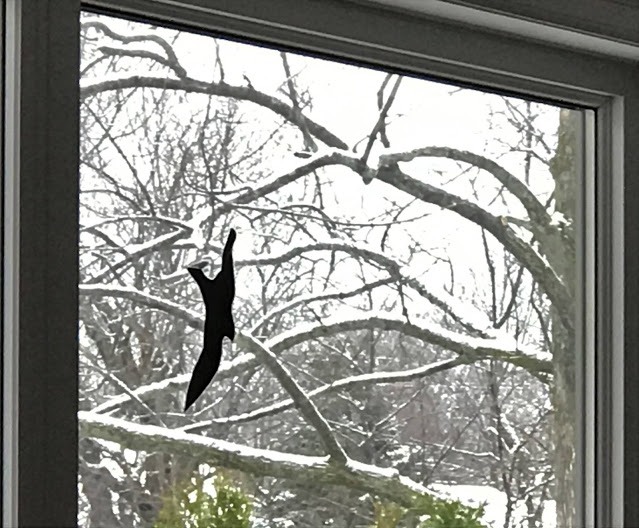 I love this view of all the big horizontal branches to the east, but it's hard to get a picture of because of the angle. 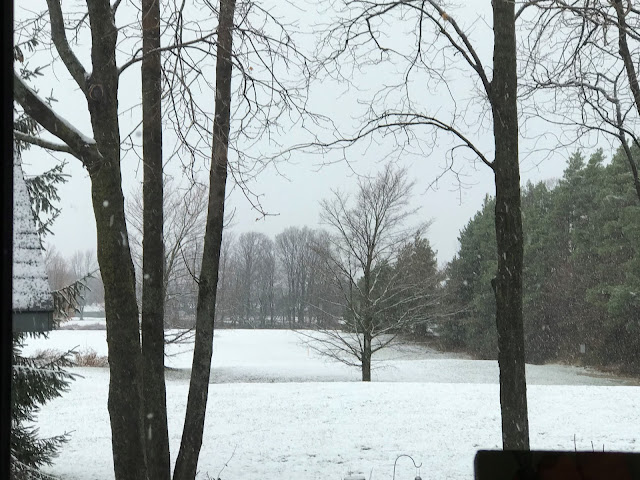 On the other hand looking out the kitchen window provides quite a different view. 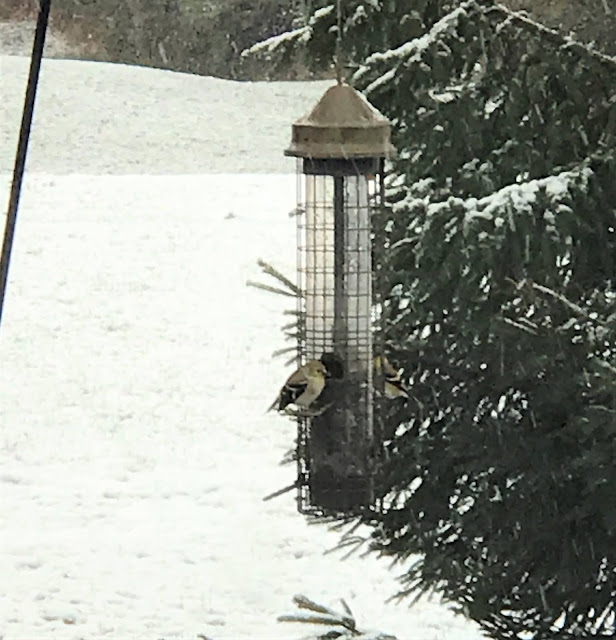 For a few brief moments we had a flutter of birds out back as several Goldfinch and Chickadees visited.  The Chickadees are here every day, but we've had very few Goldfinch visitors this year.