Continuing along the shore from yesterday, I headed to the far end of the park.  On such a beautiful day the skies were blue, and there was only a gentle breeze.  Pretty nice for sailing, or for visiting the waterfront.  And lots of people were doing just that. 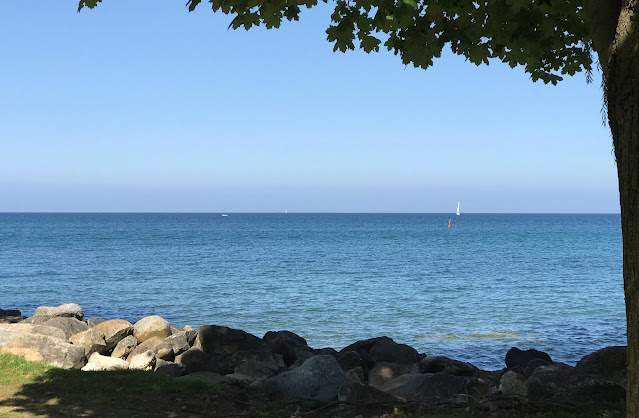 No-one was at the little beach as kids are in school or daycare now, but just past it I stopped to check out these two sailboats.  Can you see the second one on the horizon? 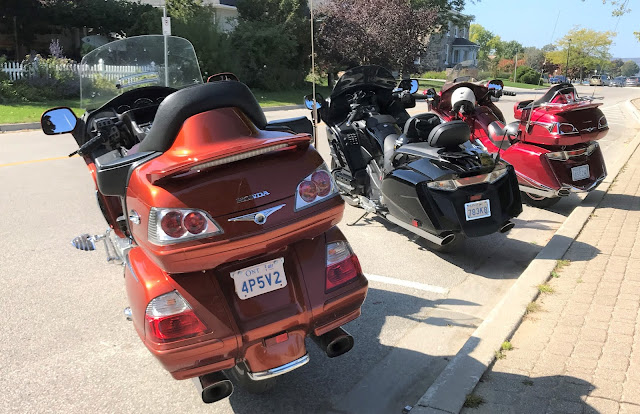 I was impressed with these nice bikes.  Don't often see bikes parked down here.  Their riders were eating lunch at a nearby picnic table. 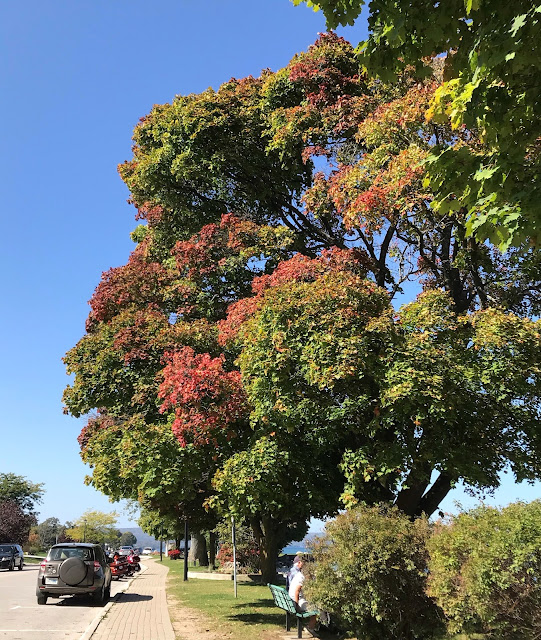 There were certainly lots of cars, and people sitting on the rocks or having lunch. 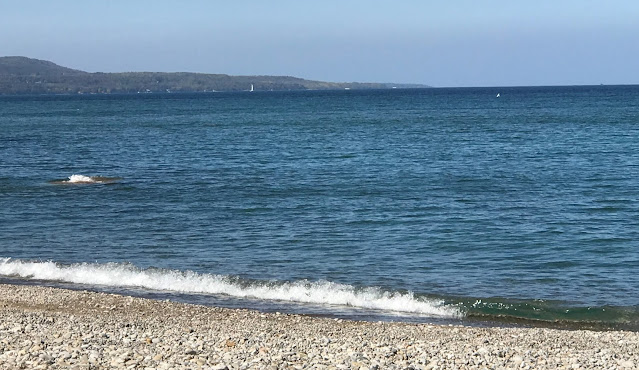 I rode all the way to the end of the park and down into the centre of the farthest beach area to gaze out at the bay and watch the very gentle waves wash in.  One more sailboat in the distance. 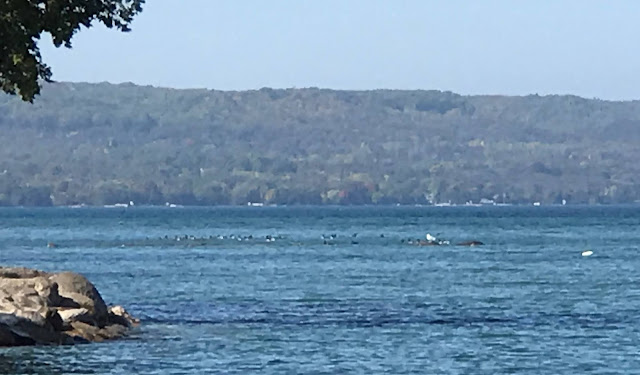 There was a raft of ducks and a few geese almost out of sight, but there were quite a few of them - just to the left of the gull. 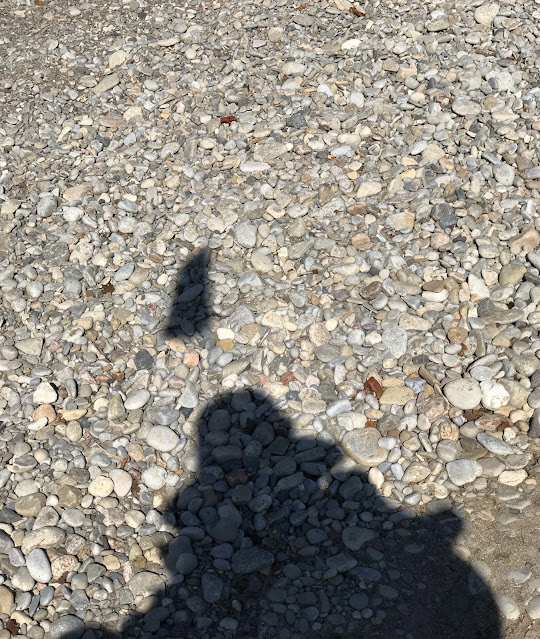 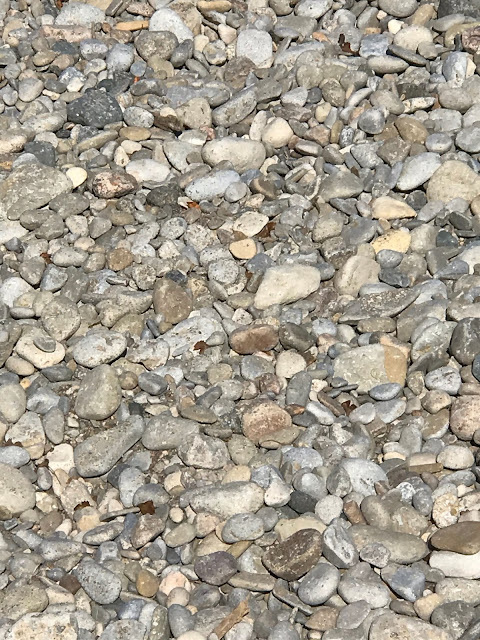 This is a gravel beach, full of small wave-washed and rounded stones, thrown up on the shoreline a lot further by last year's storms.  I even took you a shadow selfie. 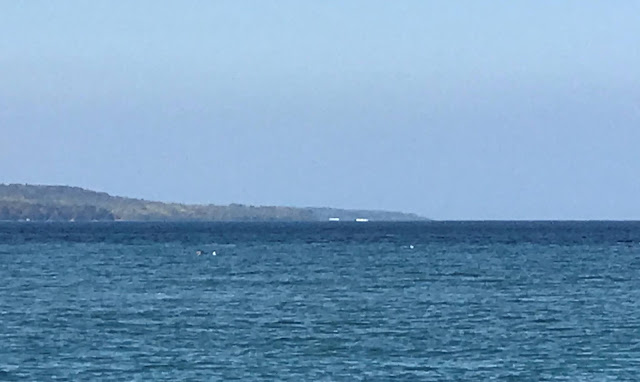 As I sat there I started thinking about where else I had been down to the shoreline on Georgian Bay.  On the north and east shores that we can see from here I've only been down to two locations, both of them on canoe trips.  Looking over the point right in the middle of the picture would take you to the distant French River delta, perhaps my most memorable canoe trip.

And right over the middle of this view would take you to the Massassauga Provincial Park, just south of Parry Sound, among the Thirty Thousand Islands.  The north and east shores are very rugged, often dangerous for boating, and not settled.  Highways are some distance inland - really part of northern Ontario. 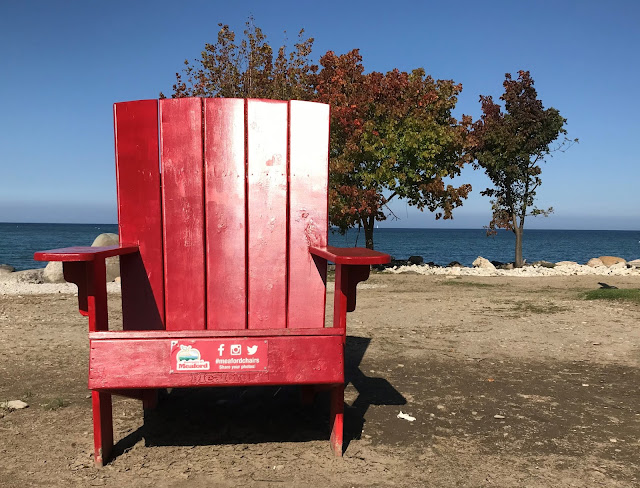 I said good-bye to the big red chair, and headed back downtown to run my errands before heading home.
Just a gorgeous day for weather.