You may remember the valley of Keefer Creek that we drive across when we drive to Owen Sound.  I have been under the impression that the tiny streams we see there, that represent the beginnings of Keefer Creek, emerge from springs around the hills south of the highway (to the left below).  The rock cuts that we go through at either end of the valley tell me that the entire valley is indeed below the escarpment.  However a friend here mentioned to me that the creek actually flows above the escarpment ridge before dropping down into the valley, and there might be sinkholes involved, so we went exploring.

Keefer Creek valley as you drive along Hwy.26. 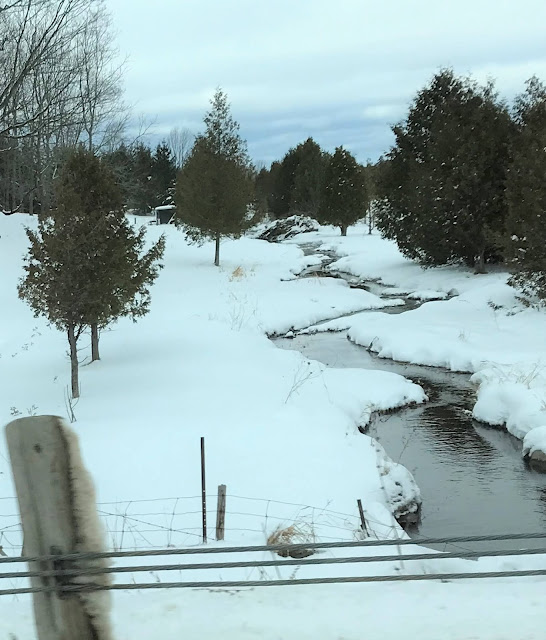 This is one of the three tiny creeks that we see crossing the highway.  I've been thinking that they emerged from tiny little springs to the south. 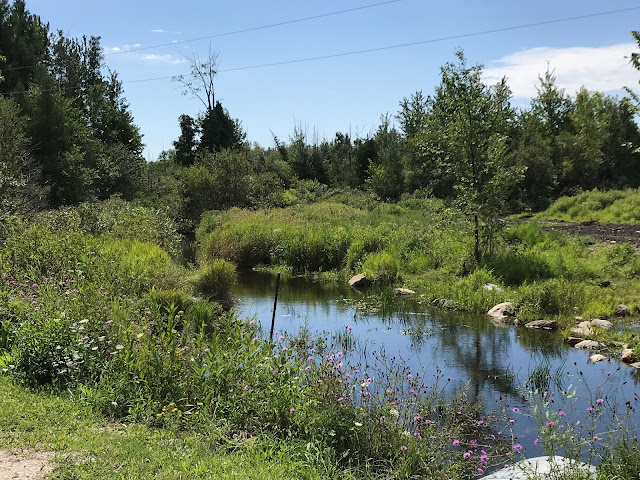 But when we went exploring, this is what we found, Keefer Creek flowing above the escarpment west of the valley!  And it's not just a tiny stream. 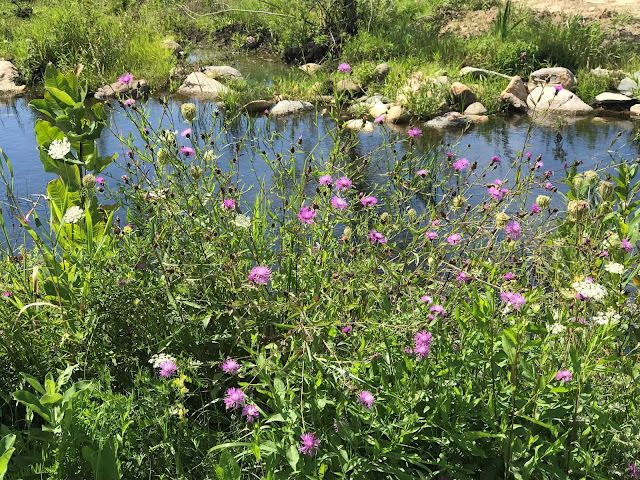 The stream was bordered here by a dense growth of Knapweed, Queen Anne's Lace and some Milkweed. 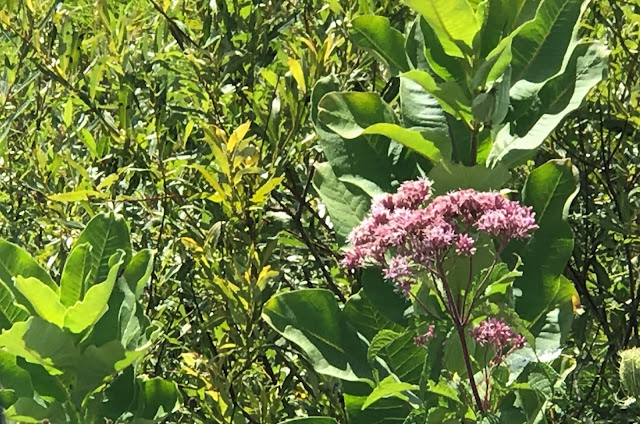 And across the road a dense growth of Joe-pye Weed, the first I've been able to get a close picture of this year. 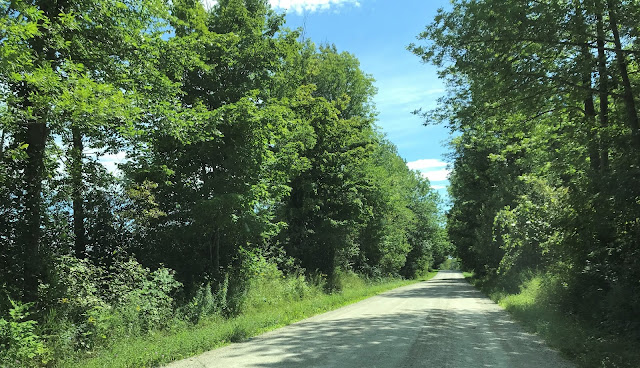 We drove on down the road, bordered by trees and fields. 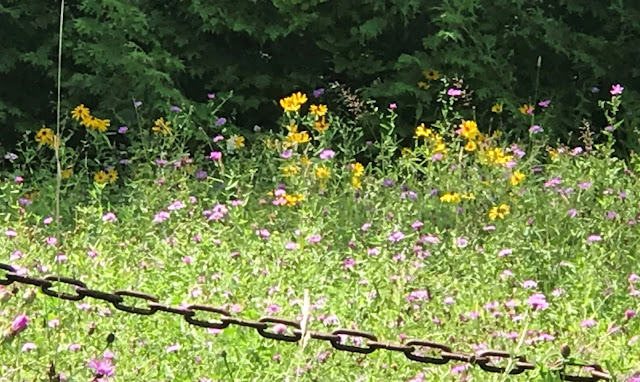 Passing these wild Brown-eyed Susans behind a chained off field entrance. 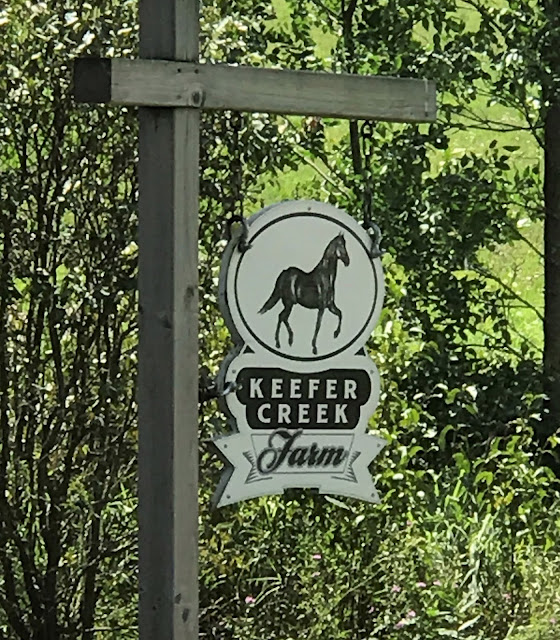 And then we came to Keefer Creek Farm!  This I was not expecting, but checking the air photos on Google Maps later I saw the creek, which does appear to have its origin in the front field of this farm.  I wonder which came first, the name of the farm or the creek? 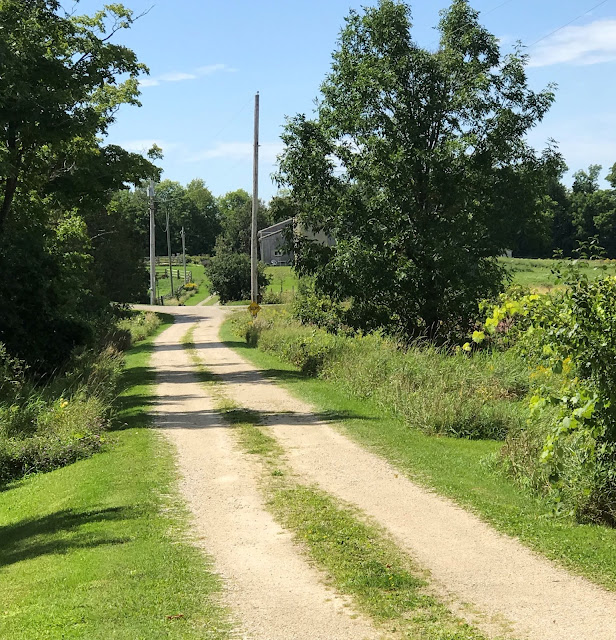 There wasn't much view of the farm available though. 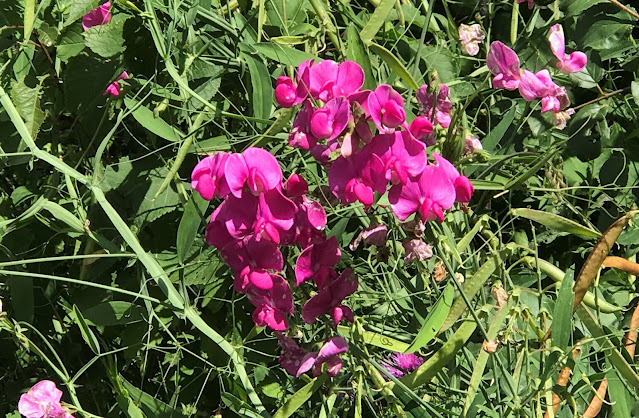 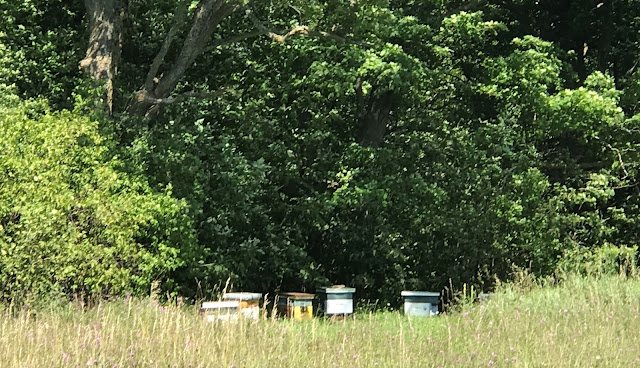 So we drove down the road to a corner, just to see where it went, and passed both these bright Sweet Peas at the end of one drive, and these beehives in a corner of a hayfield.  (The road goes to two long dead ends in a swamp). 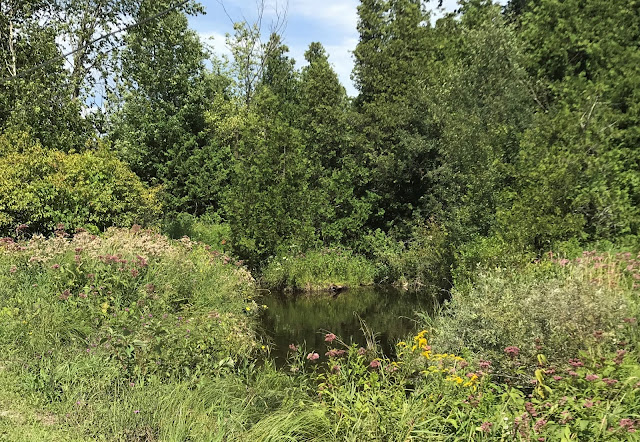 As we got back near the highway I got a view of the creek as it disappeared into the woods on the east side of the road.  So this creek must either tumble over the edge and down the slope, or vanish into a sinkhole and emerge as a spring lower down.  Based on my exploring I think the sinkhole is much the more likely option, but it's hidden somewhere back in the bush. 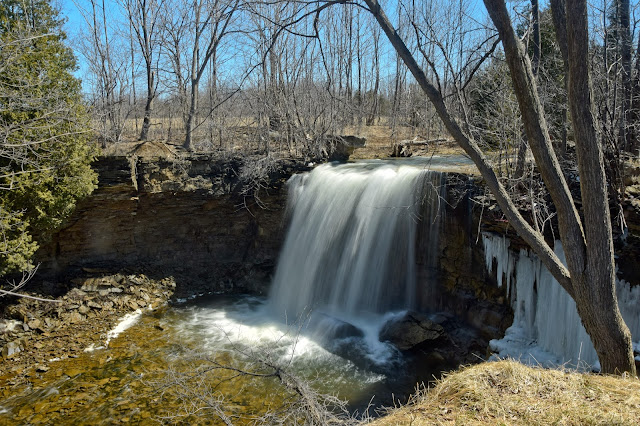 And I'm sure you remember the reason for my interest in Keefer Creek.  Yes, it's Keefer Falls several miles downstream where it falls over a lower level of the escarpment, the Manitoulin Formation.  Note the icicles still remaining in the shade of the rock; this was mid-April, 2016.
Much of Keefer Creek's drainage seems to be a mystery or a secret.  There is only one published reference to the falls, and it's in an out-of-the-way place where you have to know how to find it.  There is no public access, no conservation area.  And lists of the waterfalls around Owen Sound make no mention of it.  But it's a beautiful little waterfalls.
Posted by The Furry Gnome at 2:33 PM