Another Ride to the Harbour

Yesterday I enjoyed a wonderful two-hour ride down to the harbour.  I've figured out the least bumpy route, and made the best of it.  It was a beautiful sunny fall day and the temperature was just right.  Blue skies and fresh air all around.  I did some errands after, and was greeted like a long lost friend at my favourite coffee shop, The Kitchen. 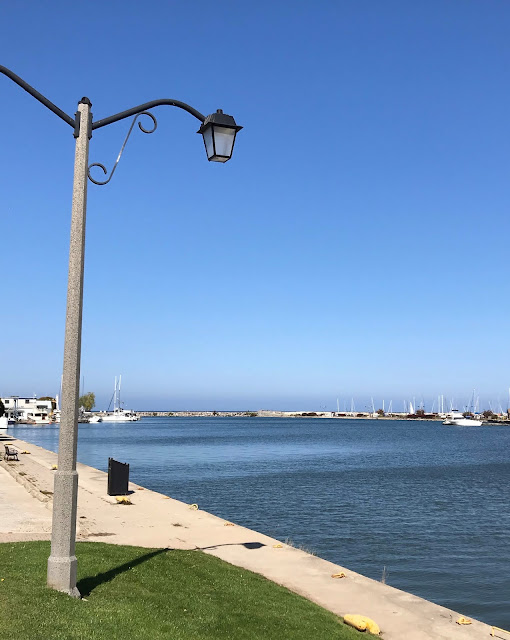 Arriving down at the water I turned right instead of left and got this shot of the inner harbour just before the bridge. 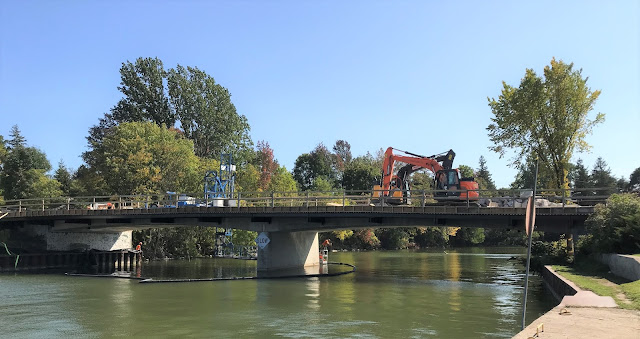 I wanted to see of they were adding a sidewalk to this side of the bridge so that I would be able to get across in the future.  That would double the area I could explore down here.  I think they are, but at this stage of construction it was hard to tell.

I turned around and headed west.  A gentle breeze wafted across the water, just riffling the surface. 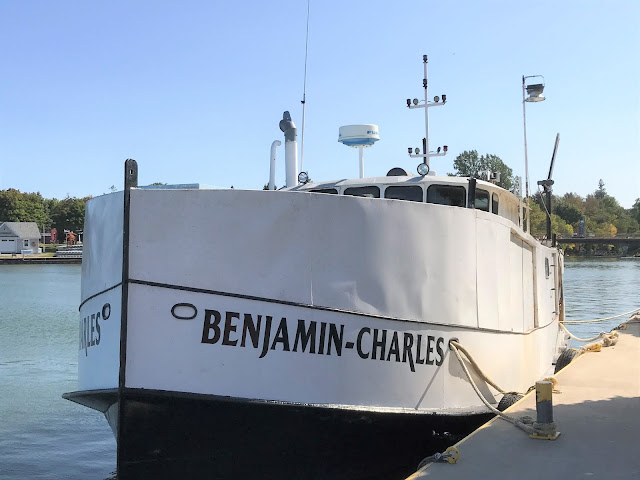 This unfamiliar boat was docked here, all shut at the moment, but looking like an old fishing tug.. 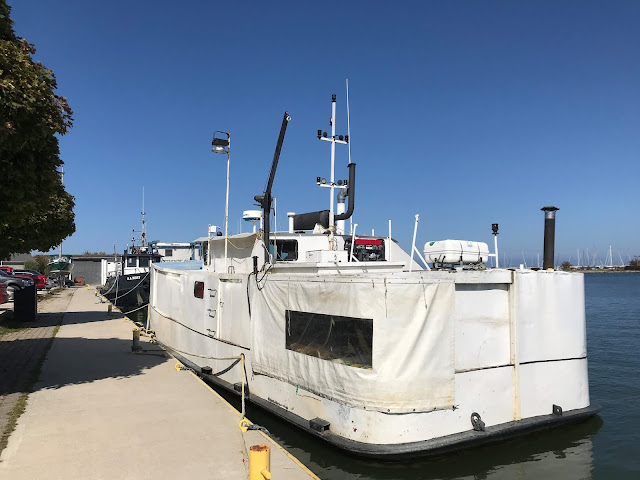 The stern has been draped shut to close it in.  I was able to find an online reference to the Benjamin-Charles, and it is a fishing tug, originally from Lake Erie. 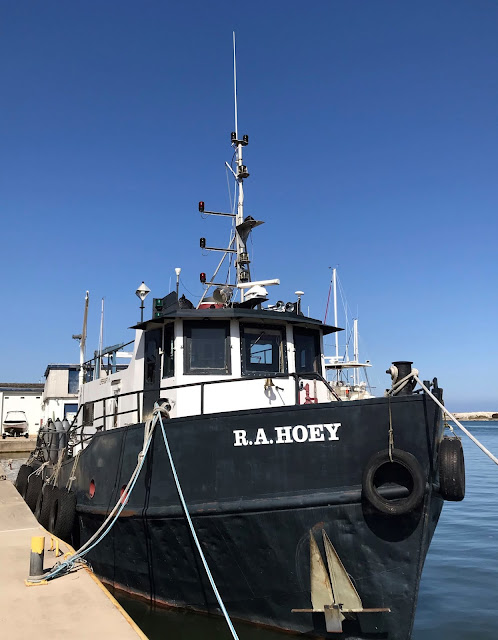 The R.A.Hoey was still docked there, as it has been for two years as far as I've seen.  Built in 1961, this is a passenger boat, originally used to provide ferry service to Christian Island from Penetang.  It's docked here in Meaford because it's for sale.  There are lots of pictures of it online. 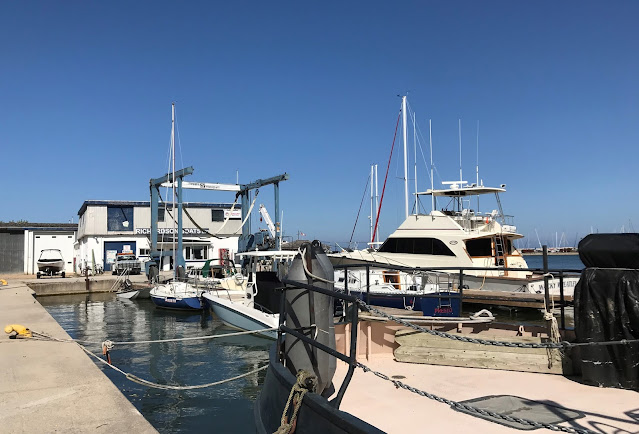 Looking over the Hoey's stern, there were lots of other boats in for servicing, and another one circling out of sight to the right trying to find a spot to dock. 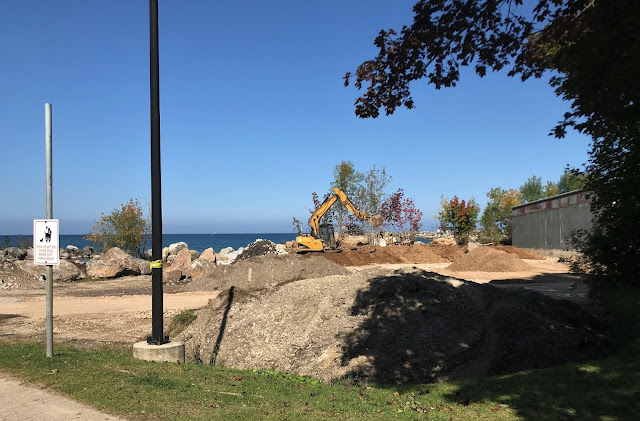 At the back entrance to the marina they were doing a major shoreline protection project.  This area is just used to store boats in the off-season, but with the high water levels it's become a large puddle about 6" deep.  I think they're trying to both reinforce the shoreline protection and raise the ground surface in the low spot.
More tomorrow as I continue west.  It's not really west, the shoreline here faces north-east, so I'm really moving north-west as I ride along the shore.  The main street in Meaford is never straight for more than a block or two; it varies from just north of west as it enters town, through almost north downtown, then north-west again and leaves town heading just south of west.