As we drove to our friends up on top of Blue Mountain we passed several orchards.  One was on the sideroad where it was safe to stop for pictures, so I bring you a report on the apple harvest.  We saw the farmers and the team of apple pickers, probably from Jamaica, just wrapping up for the day. 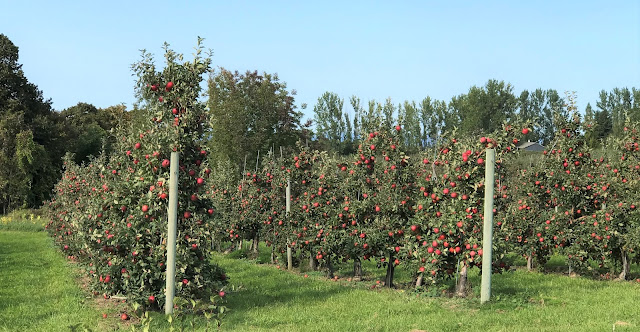 This was not one of the largest orchards, but still a good size, with rows and rows of densely planted younger trees stretching off onto the distance. 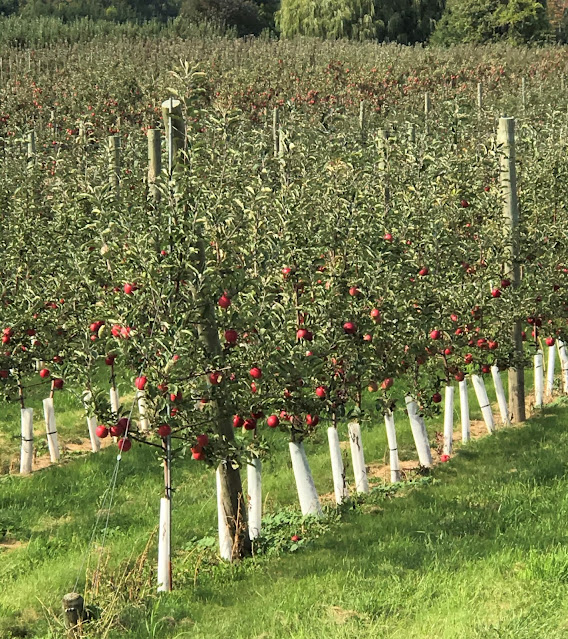 There were some very young trees, but they still had a good crop. 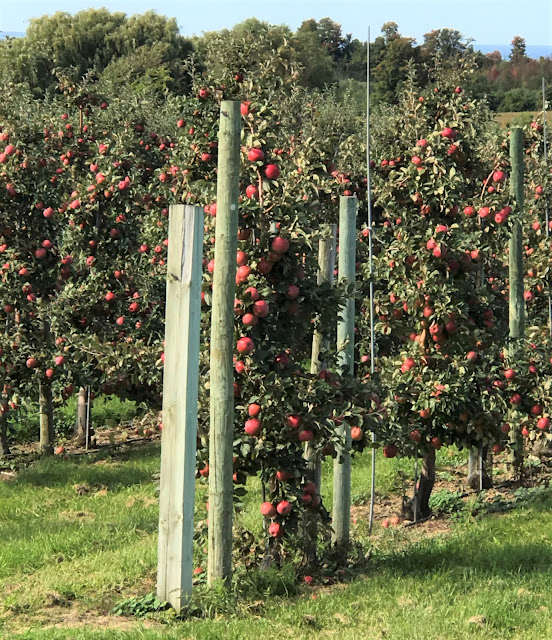 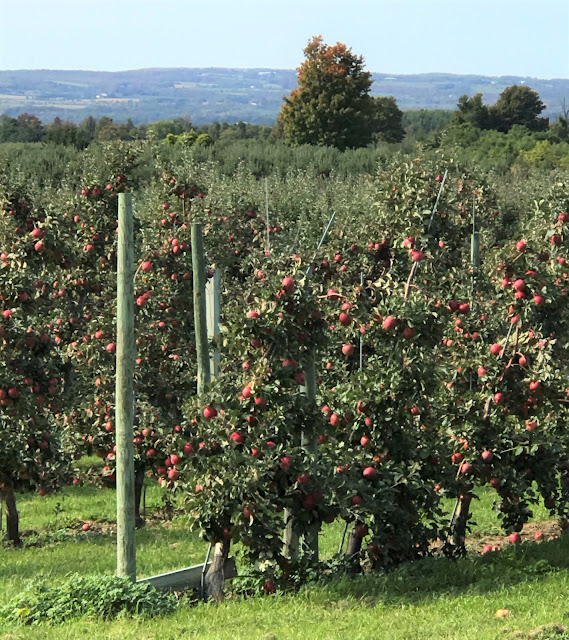 We were surprised at how densely laden the trees were; it's a good illustration of the crop to be gained from high density planting - and so much safer and faster for picking. 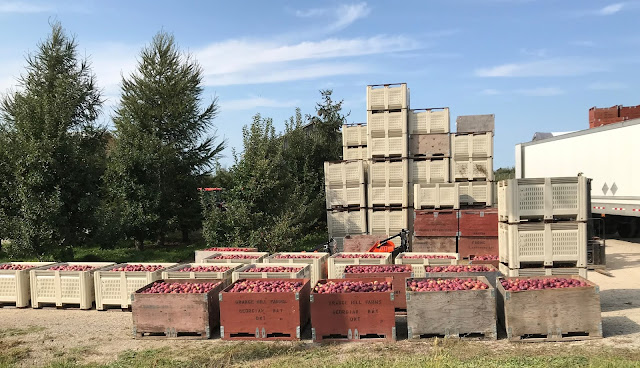 They were using a lot of the new plastic apple crates, but still had some of the traditional wooden ones filled.  It looked like a good crop to us. 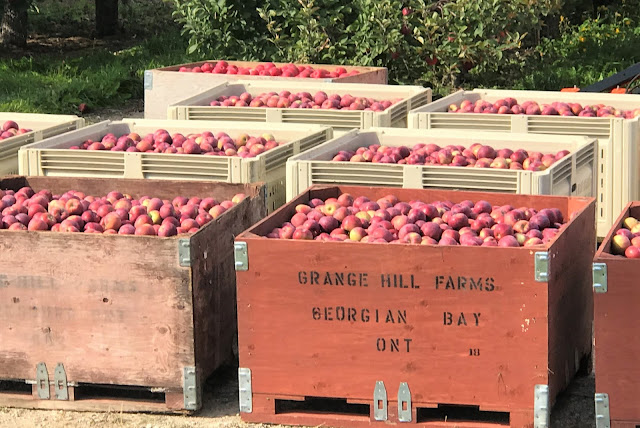 These crates are all standardized for easy handling in the apple processing plant.  Many farms have an on-farm store, but the bulk of the high quality apples are marketed to grocery stores and the rest for juice.  Most of the apple pickers are migrant workers from either Jamaica or Mexico, and most come back to the same farm year after year, so that they become like a seasonal family.  The season starts in late August and is mostly over by the end of October here.