Yesterday's pictures record just a nice dusting of snow, enough to create some interesting patterns in the meadow and garden.  But last night and today we had more serious snow, from 8-12 inches.  It was hard to deal with because the first few hours were such wet snow, leaving a slushy first inch when I tried to shovel it.  But it brought some beautiful winter pictures! 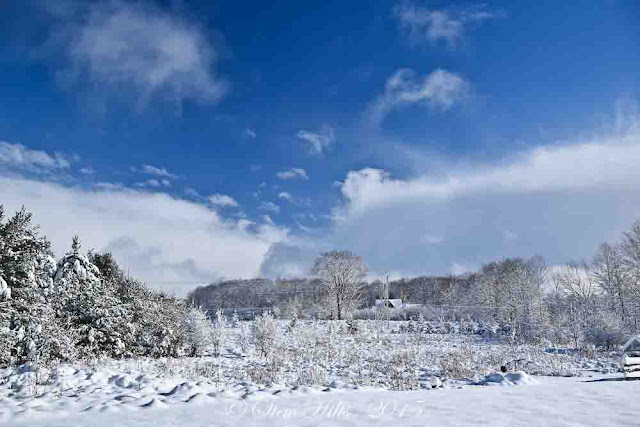 The meadow out back was covered in snow this morning.  And we had alternating snow flurries as the lake-effect streamers blew over, with sunny periods which allowed for great pictures. 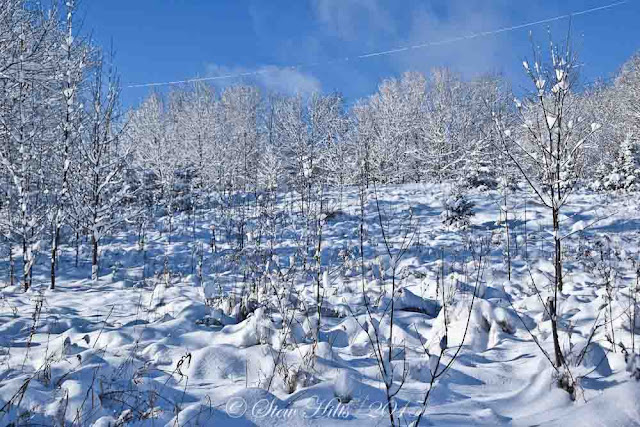 The first heavy snowfall over the meadow leaves an interesting lumpy, hummocky pattern, as the snow starts to pack down the standing weeds and grass.  Eventually it will be all flat. 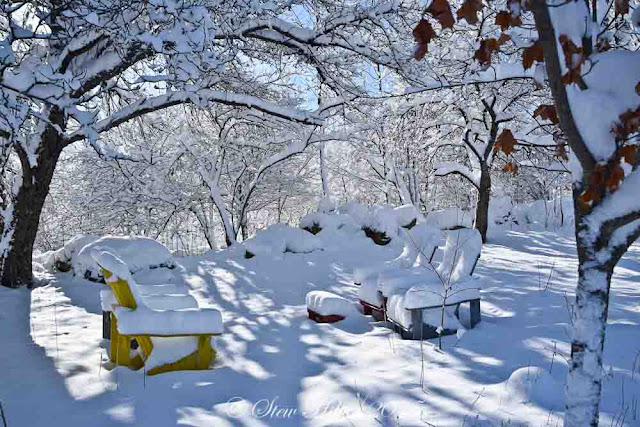 My favourite summer sitting spot with its winter blanket.  Last year the arms of those chairs eventually disappeared under the snow. 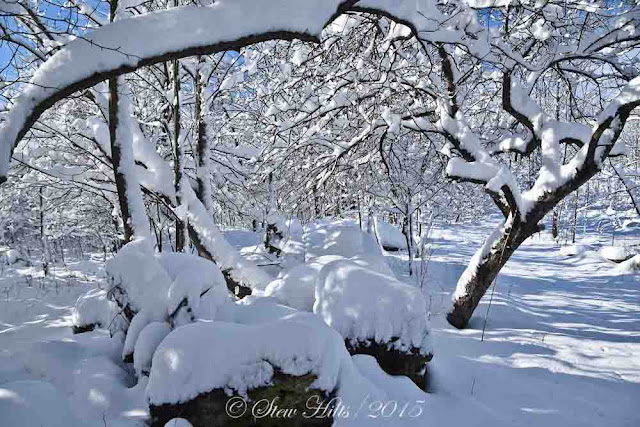 And this is the same view of the old stone fencerow that I showed yesterday, buried under 10" of snow rather than decorated with a dusting. 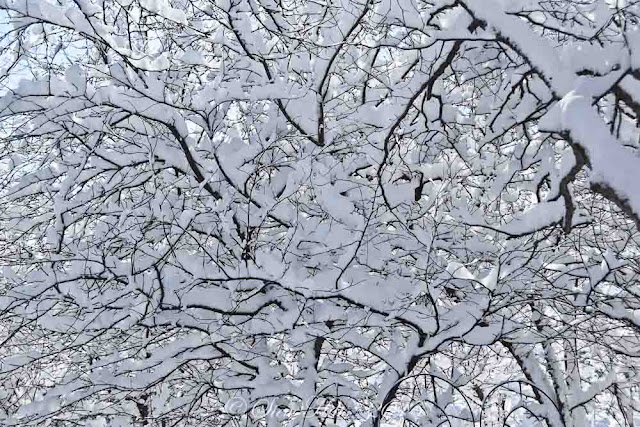 Hawthorn trees seem to catch the snow better than others, with their fine little twigs and tendency to have horizontal branches. 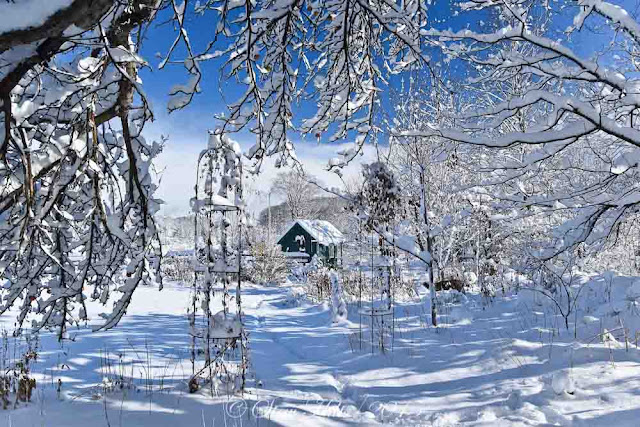 I don't think I ever noticed this view before, catching the shed between the two metal stands that Clematis grows on. 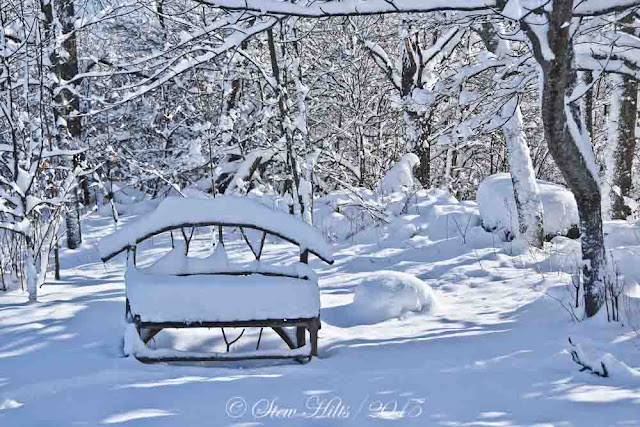 Another bench I rest on sometimes between bouts of weeding in the garden. 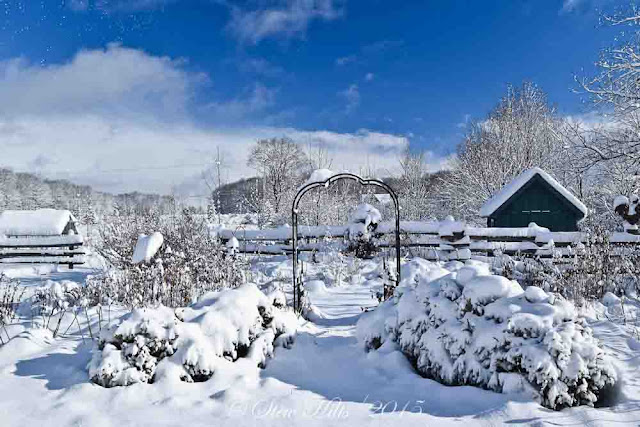 The main garden itself is starting to disappear under the white. 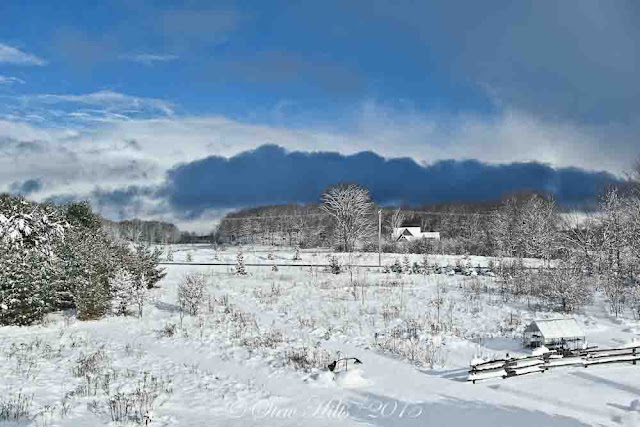 And how's this for a late afternoon snow flurry cloud blowing away to the east!

Spent most of the day either working with the snowblower or snow-throwing shovel, in between taking breaks.  That's one winter chore that I don't enjoy, but it needs to be done.  I'm working on garden pictures from our travels in England, preparing a Life Long Learning Series for this winter.