Some time after all the White Ash and Sugar Maple had lost their leaves, the Red Oaks are still hanging on.  Two weeks ago they were a dark red-brown.  And the Beech leaves are still in place, at least on the smaller trees, and will probably stay there much of the winter. 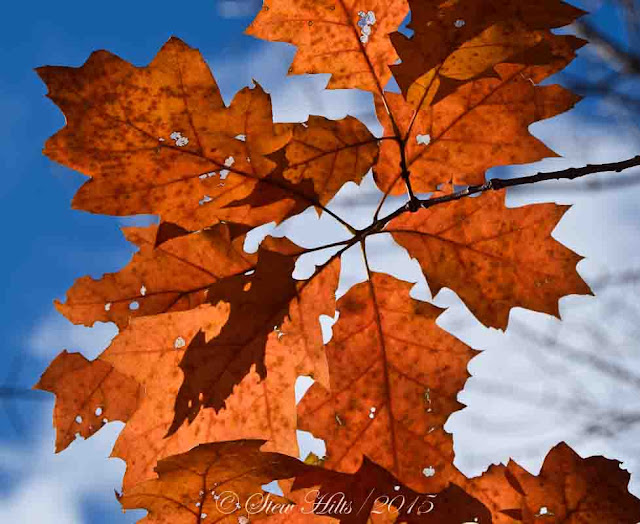 The Red Oak leaves are on a group of Oaks across the street, though some are more yellow than red.  And by now they're actually mostly brown, though still on the trees. 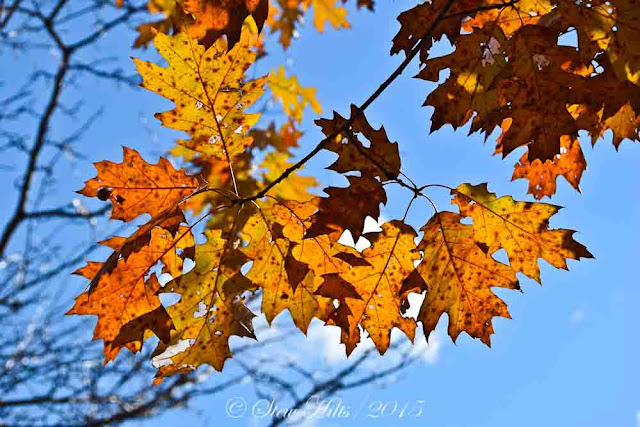 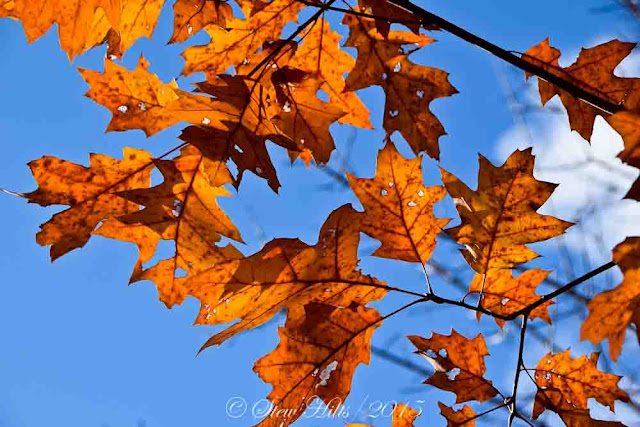 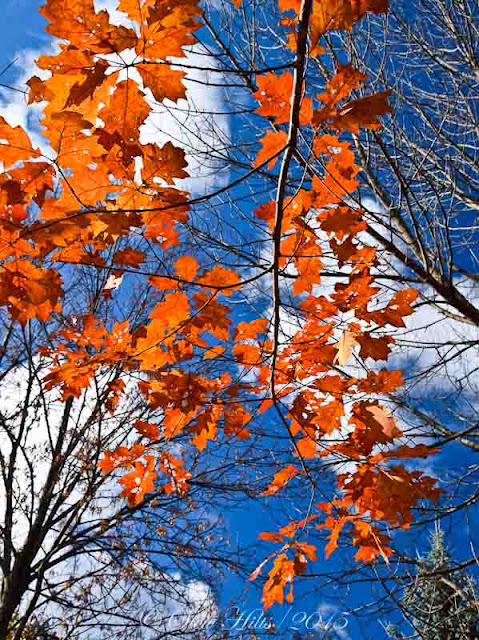 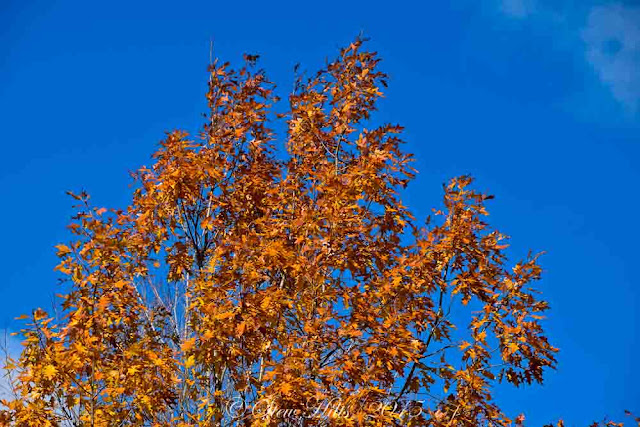 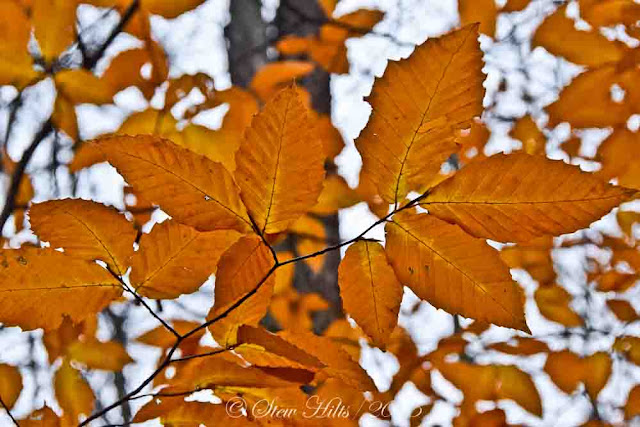 The Beech leaves were on saplings on the Bruce Trail property I've written about the past two days, and they were just golden-orange, whether beneath your feet, around you, or overhead! 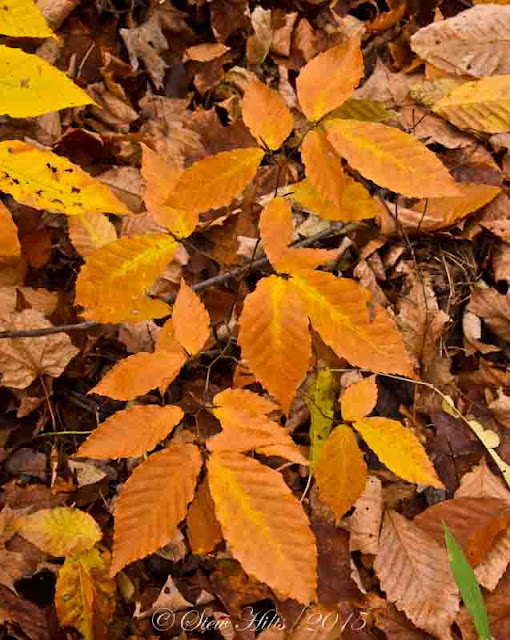 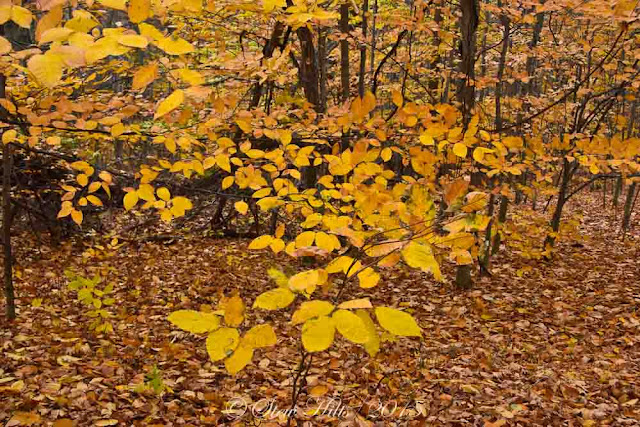 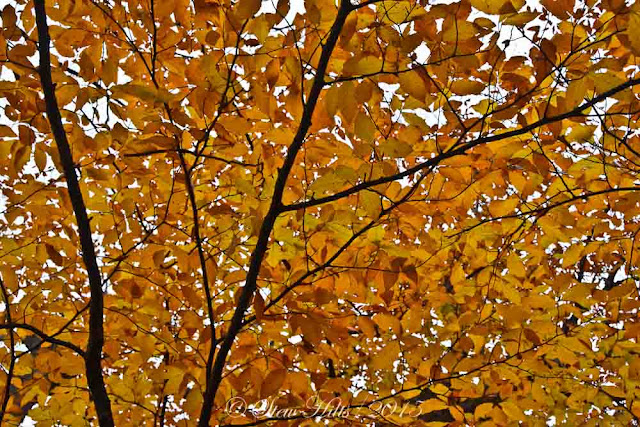 It was another incredible fall day, feeling like a warm day in late September more than November!  Had to drive to Kitchener and had time, so I took some back roads and got some interesting pictures which I'll share the next few days.  Looking forward to reading about all the new politicians appointed to Canada's Cabinet today.  They will make such a critical difference to how this country is governed for the next few years!