The other day I finally got a chance to visit the Meaford Claybanks.  I knew they were there, but I didn't know how to get in and see them until I mentioned them to a friend.  We were looking for a destination during the week of the deer hunt here that would be safe for walking.  Turns out there is a great easy walking trail in to see them, running off the Georgian Trail. 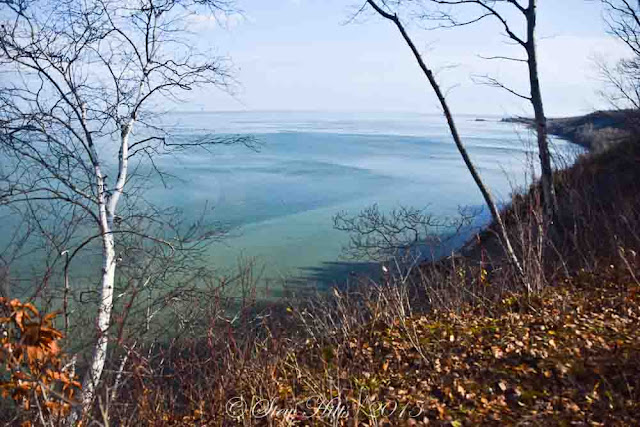 The Claybanks are a stretch of shoreline on Georgian Bay east of Meaford, where tall clay cliffs overlook the water.  You walk east on the Georgian Trail from the east end of town, and there is a clear sign where the trail begins out to the shore.  It's easy walking all the way, and we saw numerous cyclists on the Georgian Trail portion.  This view looks east. 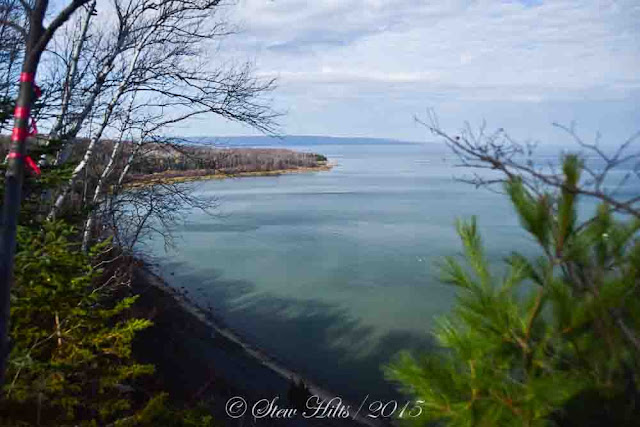 And this view looks west, beyond the headland east of town across the bay to the far shore on the west.  There's another stretch of clay cliffs along the shoreline over there too. 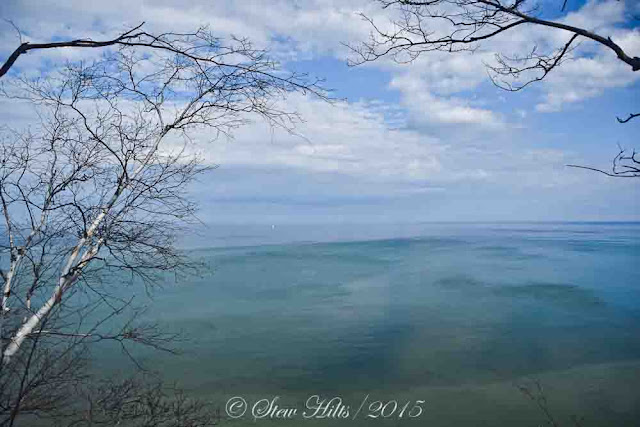 And of course you can look straight out over Georgian Bay, 100 miles to the far north shore! 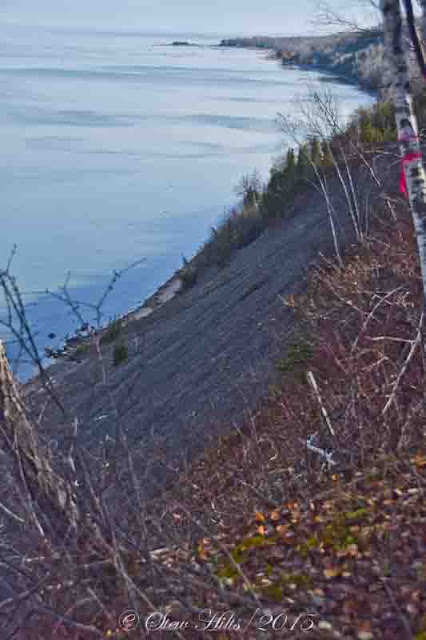 It was a real challenge getting any sort of picture showing the claybanks, because they face north.  With a bright sky and bright water, the cliffs just looked dark, almost black.  So I lightened this photo up quite a bit to show them. 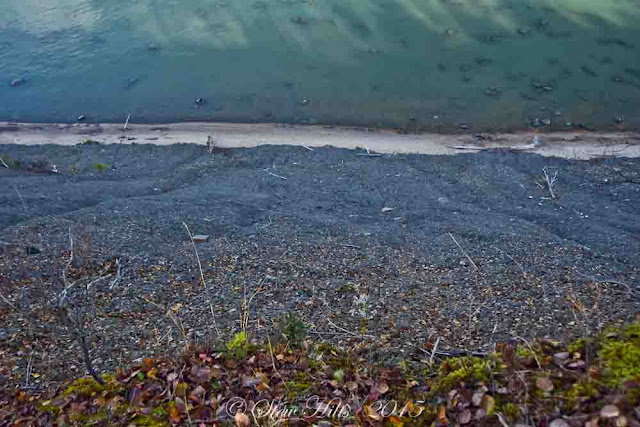 And this photo looks straight down to the shore, down what looked like 200 feet of VERY steep slopes, entirely made up of small broken bits of shale, with absolutely nothing to hold onto or provide a footing.  If you started sliding down here you wouldn't stop til you hit the bottom!  This huge thick grey-blue shale layer is the Georgian Bay formation, a major geological layer below the bottom of the Niagara Escarpment. 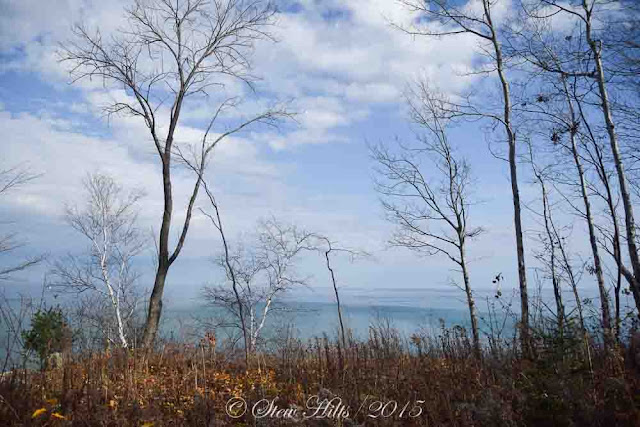 In any case, it was a beautiful day and a beautiful view!  The property the trail is on is County Forest, and there's an observation deck at the end.  Unfortunately it's 30 feet back from the edge, so I expect most visitors trespass beyond it, as we did.  But you certainly need to be VERY careful near the edge! 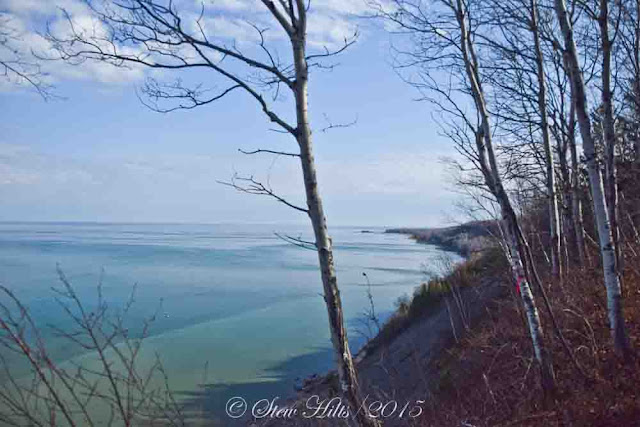 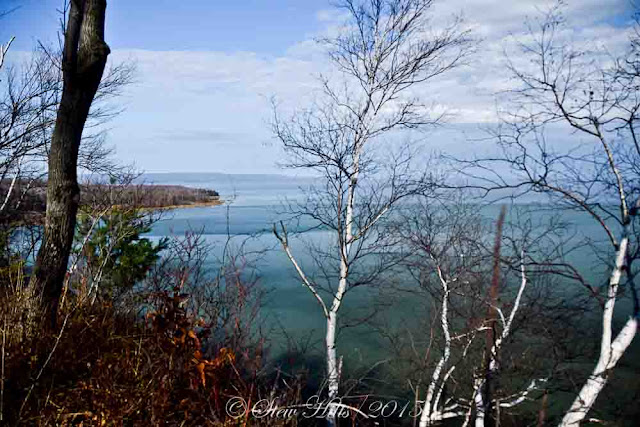 I could have stayed for a long time just taking the same pictures over and over again.  A warm sunny day in November - bonus!

It's church and hospital bazaar weekend here, among other things.  So we rushed up to the Hospital Bazaar in Meaford first thing this morning, and then hurried home to go and help out at our own church bazaar here in Markdale.  Then later a drive around chasing the clouds that were blowing over all day, with intermittent rain and hail showers.  Maybe some pictures to share later in the week.