It was a blustery day with a cold wind as a Colorado Low blew through Ontario, followed by some arctic air that's dropping the temperature fast into the freezing zone.  We have SNOW forecast for the next four days!  I think our beautiful late fall weather has ended, but we did have beautiful blowing skies today.  Still actually warmish, but cold in the wind. 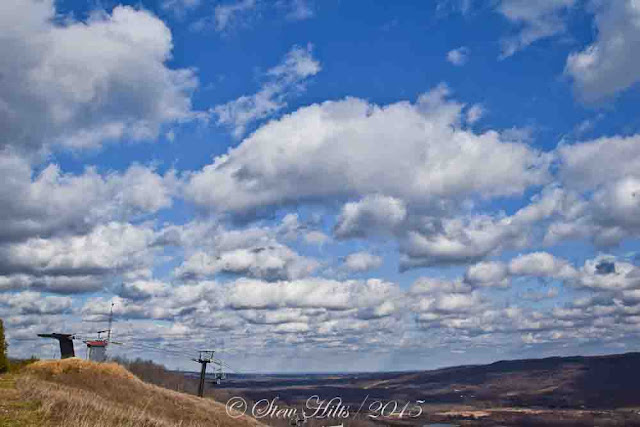 So I stopped a few places to get pictures of the clouds.  This is the valley, looking north toward Georgian Bay on the horizon, from the top of Talisman Hill, the old chairlift still standing there. 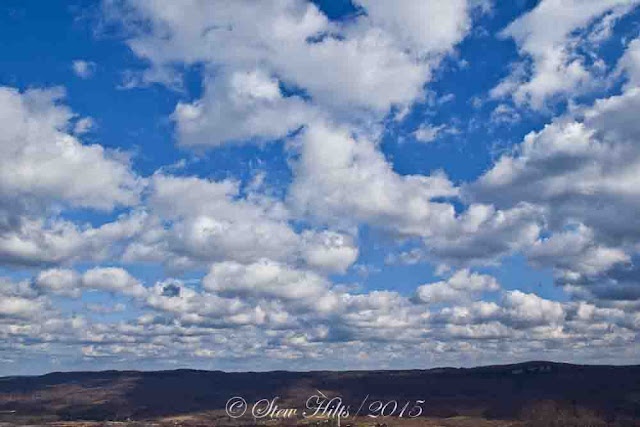 From the same viewpoint, but looking east, you can just make out the cliffs of Old Baldy in the lower right and Sideroad 4 snaking up the far side of the valley. 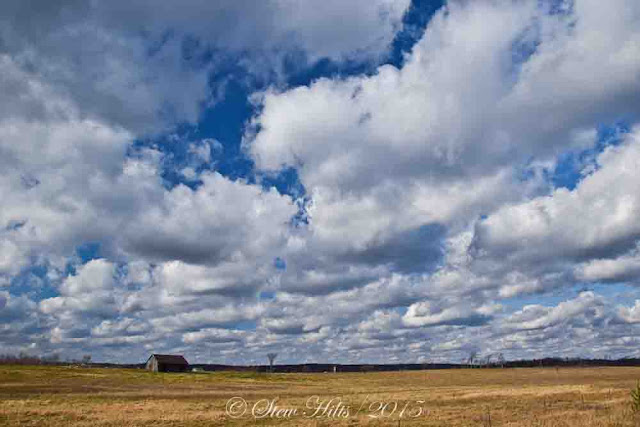 Close by is this small barn I've pictured several times before.  It stands all by itself out in the field, and appears unused. 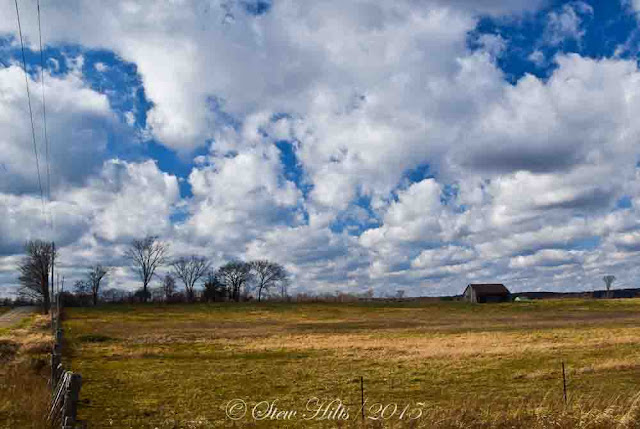 But at some time in the past there may have been a homestead among those trees off the road on the left.  Lighting was a challenge for getting pictures today with the sun alternately breaking through, and then disappearing again behind all these clouds - and they were moving fast! 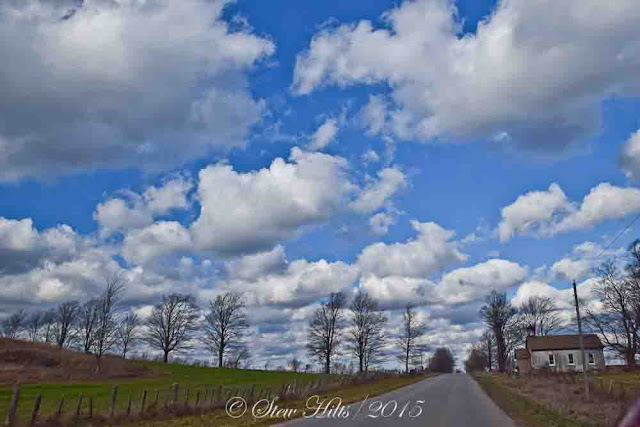 On my way north to Meaford I stopped for this picture.  I often see old fencelines like that one on the left, lined with trees, likely most of them Sugar Maple.  On the right is a small old schoolhouse that is being slowly fixed up as a home or weekend place. 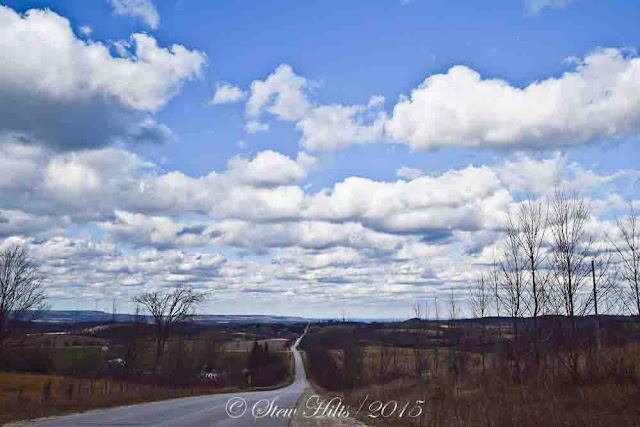 I stopped for a picture of the clouds as I went over the big hill at my favourite viewpoint - that's Georgian Bay in the distance, and Bayview Escarpment cliffs on the left.  At this time of year I find my photos often turn out darker than I'd like them, even though I edit them to lighten them.  With the sun low in the sky the exposures just don't work the way I'd like them to. 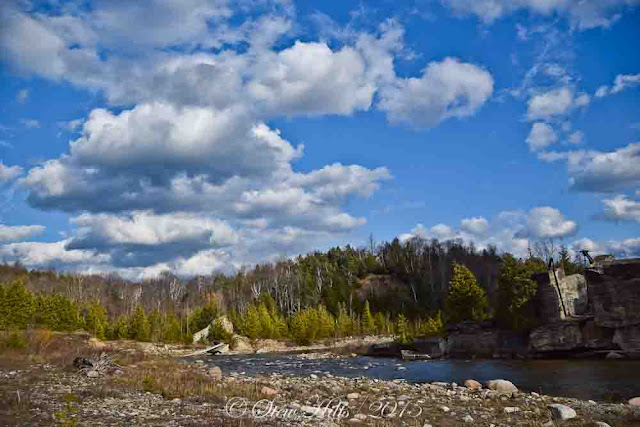 And we did make good use of the day, hiking part of the Trout Hollow Trail down the Bighead River valley to Meaford.  With an interested local friend who helped design this trail and knows some of the old history, we learned a lot.  The big lumps of cement on both sides of the river here are the anchors of an old hydro dam from the beginning of the last century.  We saw the remnants of the whole operation, mostly now ruins buried in the bush.  But that's a story for another day. 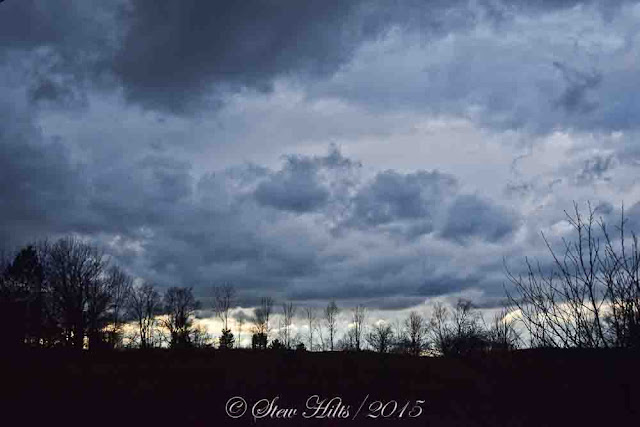 In contrast, by the time I had driven home, some of those dark gray clouds had blown in and my windshield was spattered with heavy raindrops.  They looked more like snow clouds!

It's been a remarkably nice two weeks in November, a time of year when we sometimes already have snow on the ground and much colder temperatures.  But not this year!  Warm temperatures, sunny skies, a bonus of two extra weeks of fall, and no excuse not to get all the chores done.  Spent two hours in the garden yesterday, getting a jump on trimming the big plants for next spring.  AND I managed 3 great long walks with friends this week, each with an interesting historical element.  More interesting blog posts to come.