On one of my recent drives down to Kitchener for medical tests I detoured a mile or two to drive over the Kissing Bridge, Ontario's only covered bridge. 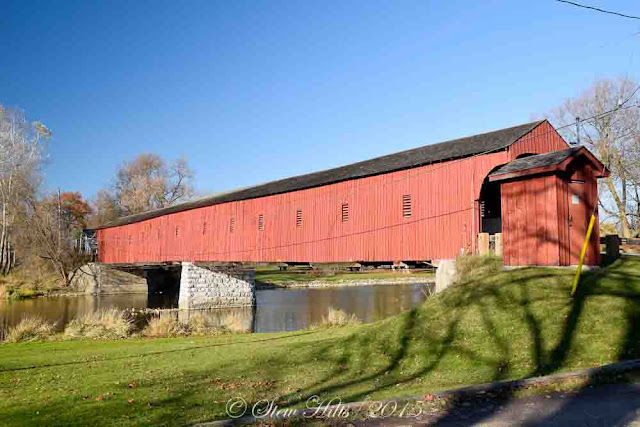 The Kissing Bridge is in the village of West Montrose, across the Grand River.  It's been here for over 100 years, dating from the time the Guelph-Elora Road was a main road in the area. 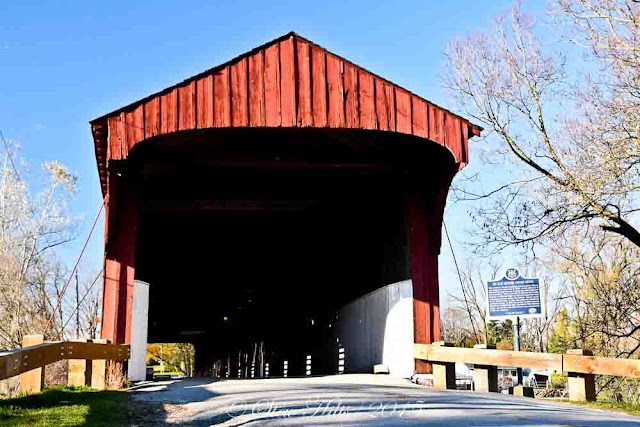 Trucks and farm machinery aren't allowed to use it, but it's a regular thoroughfare for cars in the village.  Several went through it while I was there, and I drove through it myself. 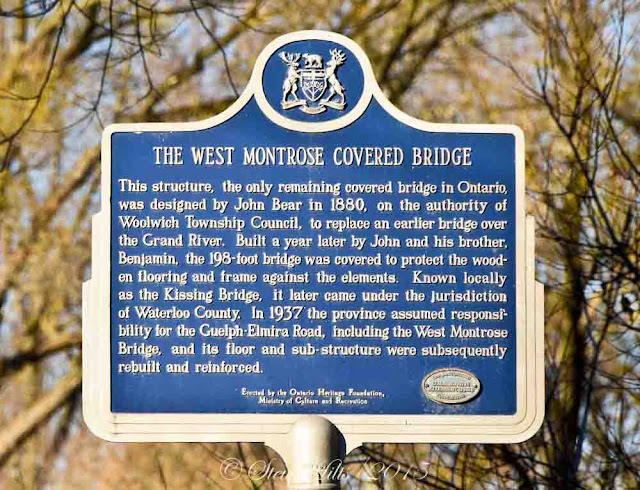 The plaque is at the south end of the bridge, and just a few feel away there's a small park and parking spaces for anyone stopping by to see the bridge.  There's no easy spot to stop on the north side. 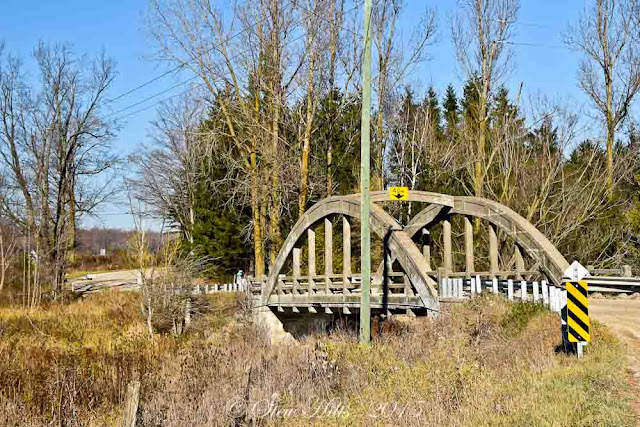 On the same drive I spotted a couple of older concrete bridges with arches like this one.  Although you used to see these more frequently, they're increasingly rare, and sometimes considered heritage structures now. 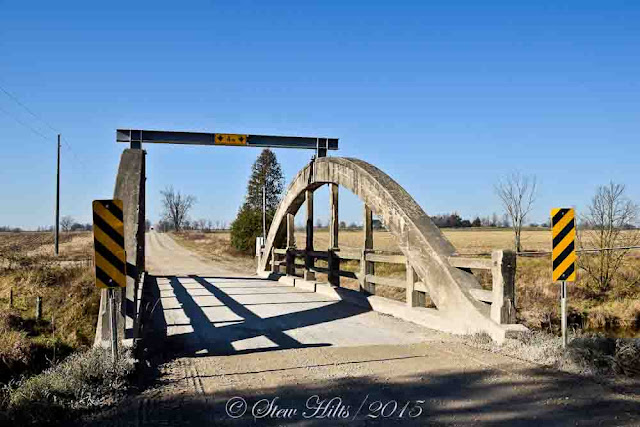 Surprisingly, just around the corner was another one, this one reinforced with a steel beam across the top. 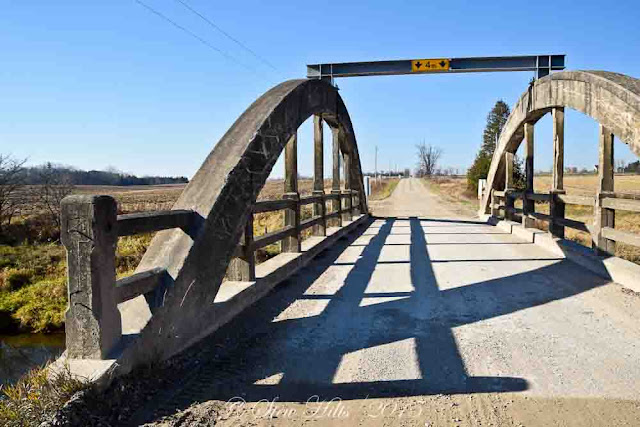 I liked the shadow pattern on this, taken in mid-afternoon.  All three bridges made me think of getting out and finding other photogenic bridges, before some of the old ones are gone.

Today and yesterday were the worst weather of the year in my opinion.  Even a storm would be better; at least that would be interesting.  Continuing drizzle or rain, or even sometimes sleet and almost snow, all day long.  And at a temperature of +1°C, with continuing strong wind gusts.  I'd far rather have snow, and a temperature of -1°.  At least then you could get outside and go for a walk and you wouldn't get wet.  But these cold dark rainy November days are just the worst season of all if you ask me.