Remembering - Those Left Behind

Today, and last Sunday, we remembered the soldiers who have fallen in war.  We listened to O Canada, Reveille, the Piper's Lament, and the Last Post.  In many communities I'm sure, we listened to John McCrae's famous poem, In Flander's Fields, written 100 years ago this year.  The tears ran down our cheeks as we thought of those who had made the ultimate sacrifice. 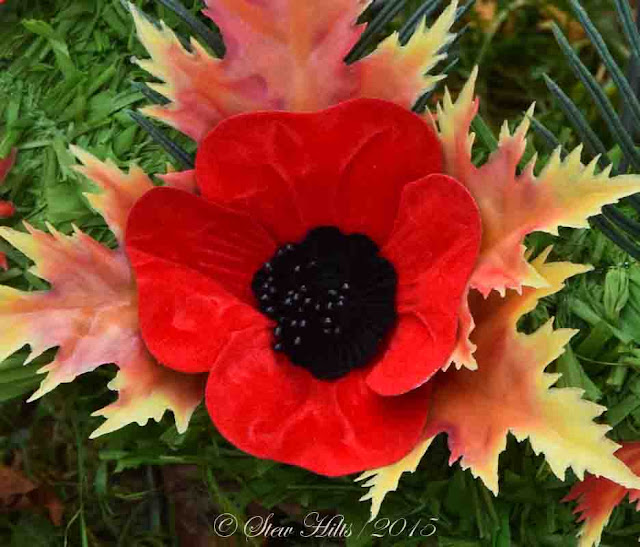 But Remembrance Day is about more than the fallen, it is about all those who have served.  We honour the veterans who remain with us and the serving soldiers.  We heard today from a veteran who had served in Afghanistan, and got a small sense of the horrors of actually being there.  Many have returned home safely - but with injuries, both mental and physical, that will scar them and their families forever. 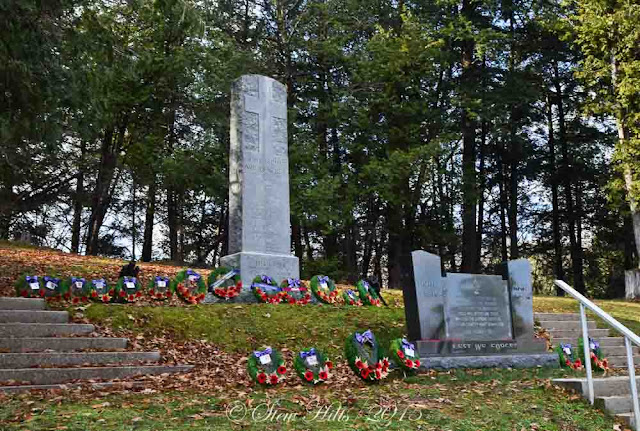 At Cenotaphs like this one in Flesherton, we focus on those who have served, but do we remember those left behind?  The families who stay at home, not seeing their loved ones for months at a time, carrying on the daily work of living with only one parent?  Even worse the families of the fallen, who pay the price for the rest of their lives.  For every fallen soldier, there are mothers, fathers, wives, husbands, brothers, sisters, and children whose lives are made poorer, who will never forget, and for whom Remembrance Day is especially painful. 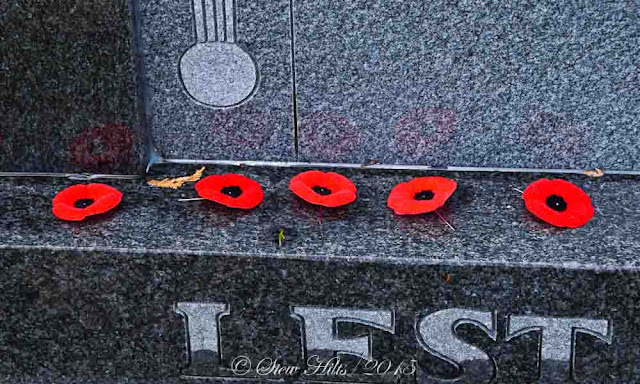 It was these individual poppies placed on the memorial in Flesherton that drew my eye.  How many people in the crowd had a personal reason for being there?  How many personally grieved for a loss in their own family?  For people who have lost a loved one for any reason, Remembrance Day brings the memories and the grief back.  Try attending a memorial service with your heart in your throat and the tears overwhelming your eyes, and you may sense a bit of the pain of the ones that the fallen leave behind. 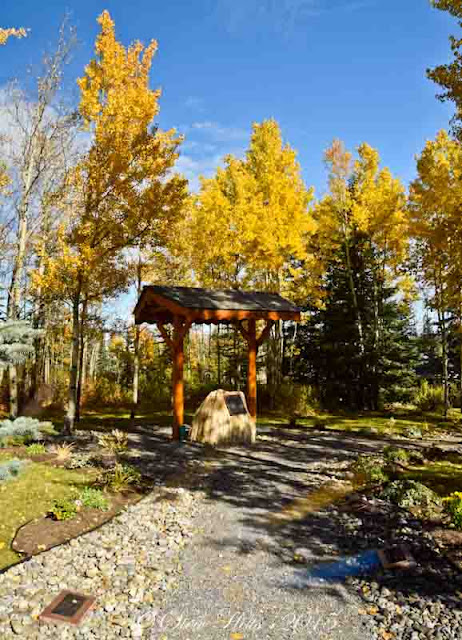 And of course my own mind was drawn to our son William, who was serving in a different way when he died, helping to protect northern communities from the threat of forest fire.  Firefighters, police and other first responders also serve, and also sadly sometimes give their lives.  Although they are recognized in national memorials, those dates are not well known - they should be.  Here in our municipality, police, firefighters and first responders are included among the military and veterans who participate in Remembrance Day.  Let us never forget any of those who serve our country and its communities.

Another remarkably beautiful November day here, so local ceremonies were held under sunny skies and warm(ish) temperatures.  David Gascoigne commented on my post of two days ago about renewable energy that  I had left out energy conservation and simply using less.  He's right of course.  Perhaps the best way consumers can contribute to reducing greenhouse gases is to insulate their home, buy energy-efficient appliances, drive less, and so on.  I think that's an entirely new topic!

In Canada, the Canadian Fallen Firefighters Foundation honours fallen firefighters at the national memorial in Ottawa in mid-September.  The Canadian Peace Officers' Memorial Association honours fallen police and peace officers at the national memorial on the last Sunday of September.  I have been unable to find anything similar for first responders.