Last Friday I had the chance to canoe into Bell's Lake, a small undeveloped lake near here that seems like northern wilderness when you get in there.  It's not very large, but completely surrounded by forest (except for two old boathouses), mostly with a swampy shoreline and dead trees falling into the water, and beautiful scenery, at least on the bright sunny day we enjoyed. 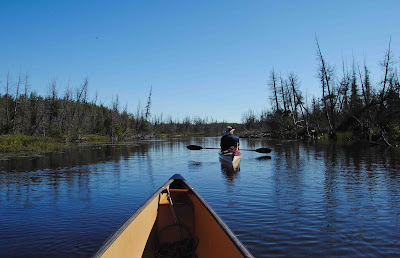 Parts of the route were narrow channels like this, and parts widened out into actual lakes or large inlets.  We were followed along the shore by both kingfishers and kingbirds, and saw at least one kingfisher dive into the water to catch a tiny fish, though usually they quickly flew away, squawking their raucous call.  In the second picture below you can clearly see the white band across the bottom of the tail that marks the kingbird; it's an insect eater, catching them on the wing while swooping out over the water.  The first picture is the kingfisher, with its distinctive dark and reddish bands across its breast. 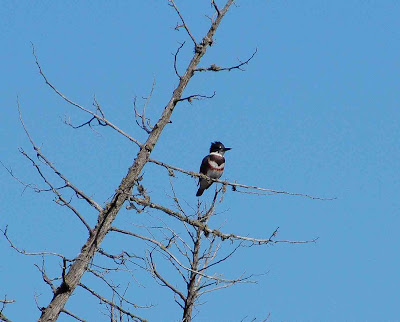 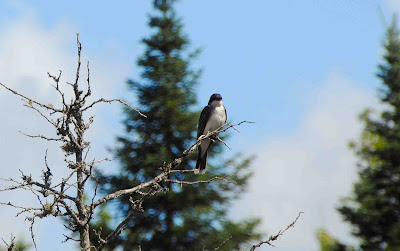 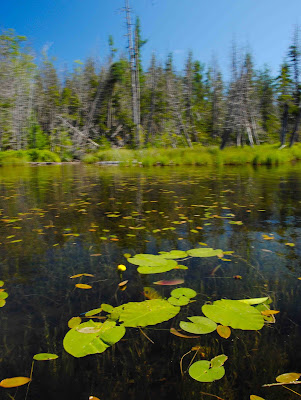 You have no idea how hard it is to hold a canoe steady in the water, trying to get a picture like this one.  I was in my single person canoe, in which I use a kayak paddle, and there didn't seem to be any breeze blowing, but as soon as I got in position the canoe seemed to instantly slip out of position.  I tried several time to get this patch of water lilies in the foreground of this picture, and even then ended up with a blurry background! 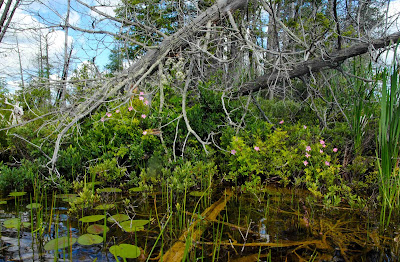 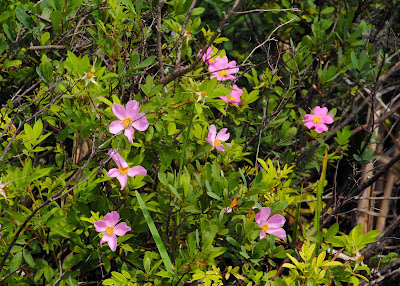 My partner in crime spotted these flowers on the shore of an island, and thought I should venture in among the dead branches to get a picture, so I ducked my head and did my best to appease him.  I believe this is actually a swamp rose. 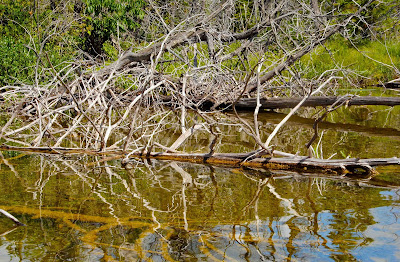 There were lots of reflections too,sometimes of the entire horizon, and sometimes of the dead trees along the shoreline or in the water. Made for lots of photo opportunities. 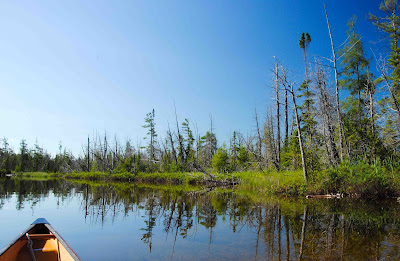 We only paddled for two and a bit hours, but this is clearly one place I'm going to come back to.  A fascinating shoreline, wildlife, and an easy paddle, only 15 minutes from home.  Thanks Steve.
Posted by The Furry Gnome at 10:02 PM