Storm Damage at the Harbour

To pick up on yesterday's harbour adventure, I moved on the short last bit to the edge of the playground.  I've been troubled over the ongoing debate about cleaning it up.  But for me the view over the bay at the moment was gorgeous. 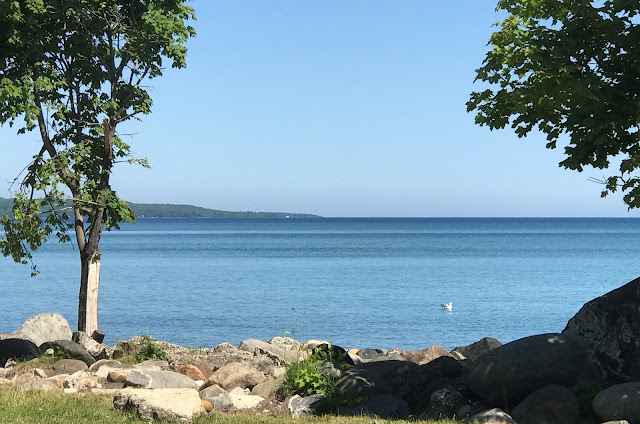 And there's another much bigger controversy going on, a proposal by the energy giant TCE (formerly Trans-Canada Pipelines) to build a pumped water storage plant over on the highest part of Cape Rich.  A dedicated local group Save Georgian Bay is doing its best to get the proposal rejected. 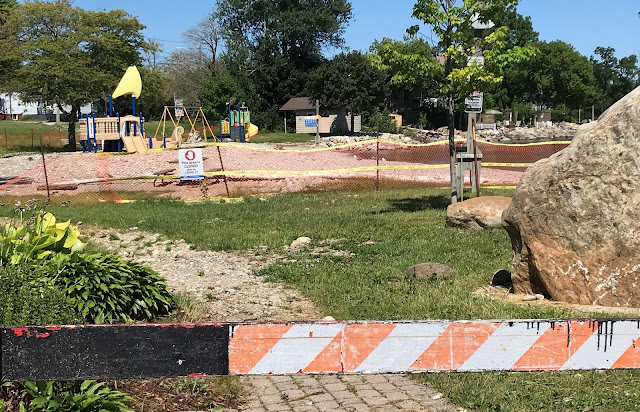 The playground itself was still fenced off after the sorms of last November as Council and staff debate what to do.  You can see the shallow curve of the water, extending much further in than it used to and here looking brown rather than blue.  All the gravel around the playground equipment was washed up by the thundering waves, about a foot or more deep.

The debate is both over cost and whether to restore it as is or just remove the playground, recreate the former beach and leave it like that.  Staff recommended the latter, at least until we see where water levels are going to be for a year or two (they're predicted to be even higher), but some on Council want it just the way it was.  I think this is one time when Council has to use their common sense rather than just do what voters want. 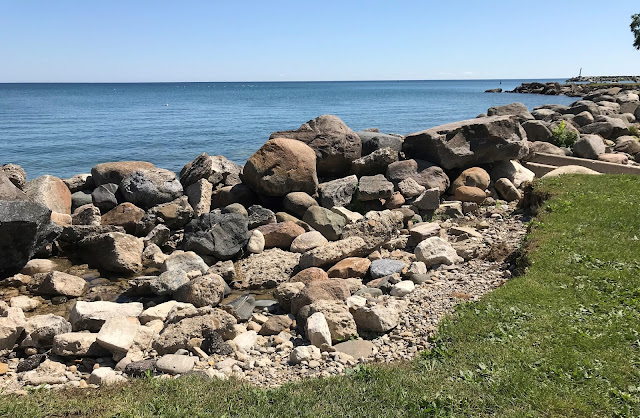 There are numerous other spots down the shoreline where erosion damage was severe, waves carving spaces out behind the boulders that line the shore. 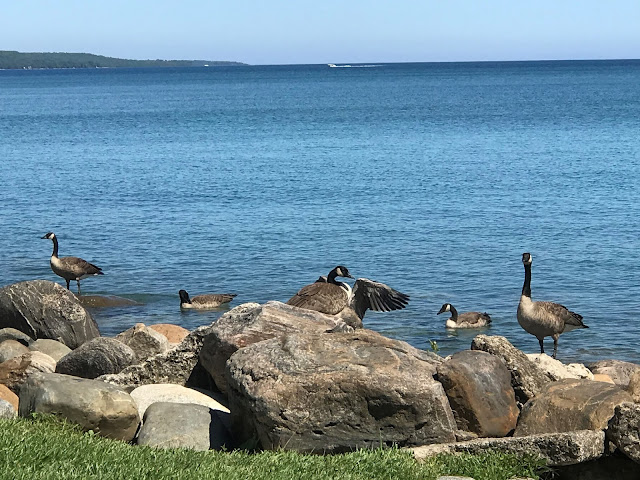 A gaggle of Canada Geese was following me along the shore. 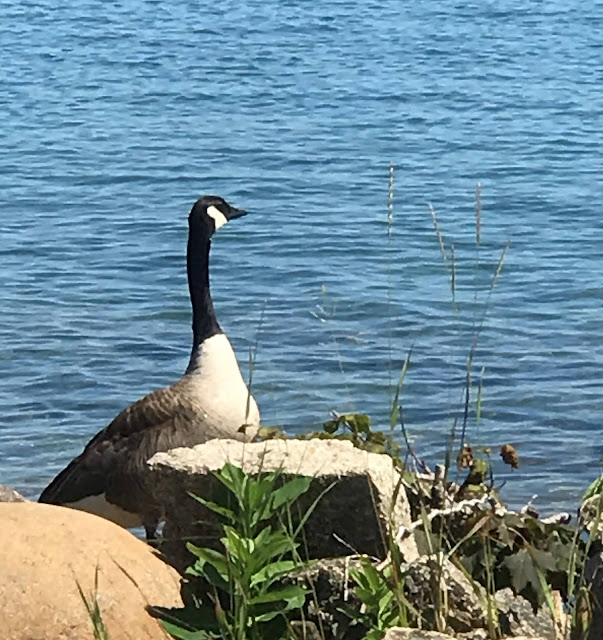 A single 'lookout goose' was standing up on the rocks looking out for danger. 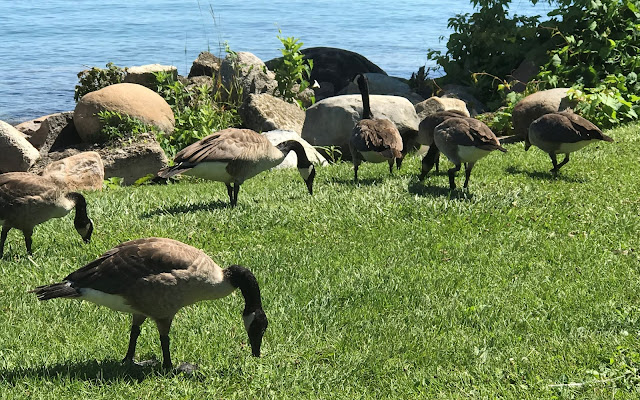 I turned around to get a picture and the whole group were put on the grass mowing down the grass!  I guess the lookout goose said the coast is clear!

There a few really nice homes along the inner side of the road, although the water was washing right across the road here during last fall's storms, so I hope they're prepared.  The one on the left is a recent total renovation of an old one-floor stone cottage, quite dramatic and quite a contrast with the grand century old stone home on the right.

A lone sailboat heading out for the day. 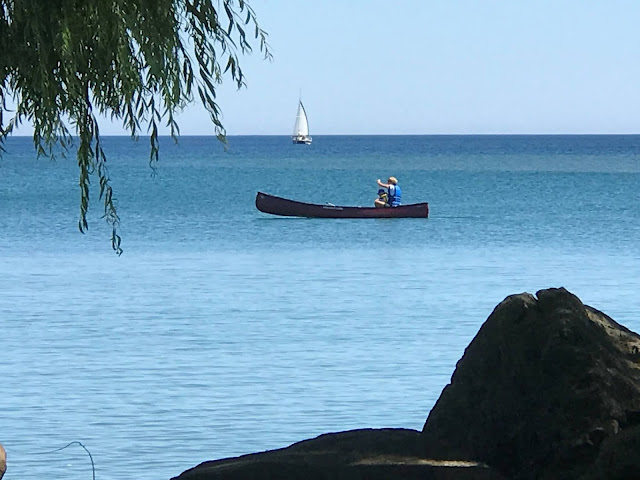 And I leave you with this lone canoeist heading along the shore.  Wouldn't that be nice!