Last year Nelson Street West was my 'go to' ride, nearby, relatively interesting and no heavy traffic.  Well this year I'm enjoying Noble Street even more, largely because of the condition of the pavement.  There are several stretches on Nelson West that are simply painful, but Noble Street is much smoother and has even less traffic.  So it's rapidly becoming my preferred route this year, or maybe I'm just getting lazy, 'cause it's a little shorter. 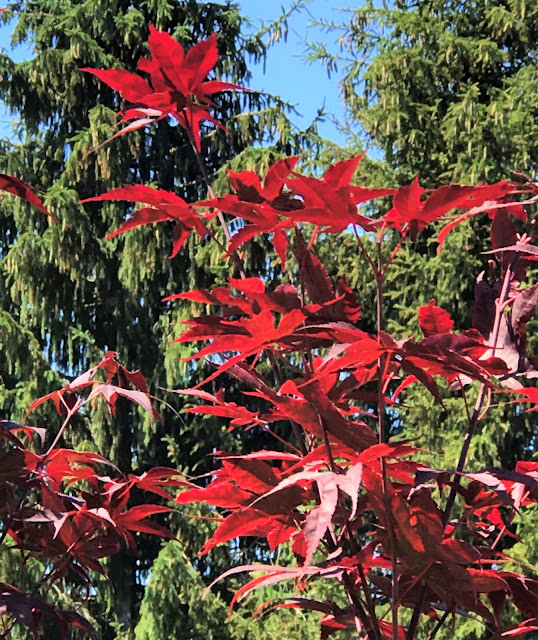 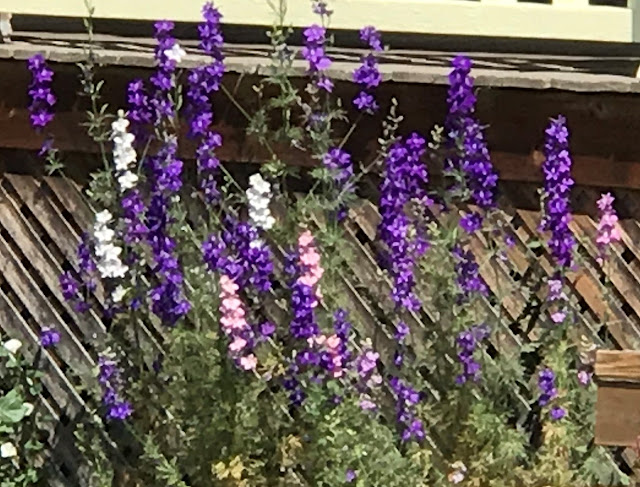 This fellow has his work cut out for him.  I have no idea what he's going to use all this gravel for! 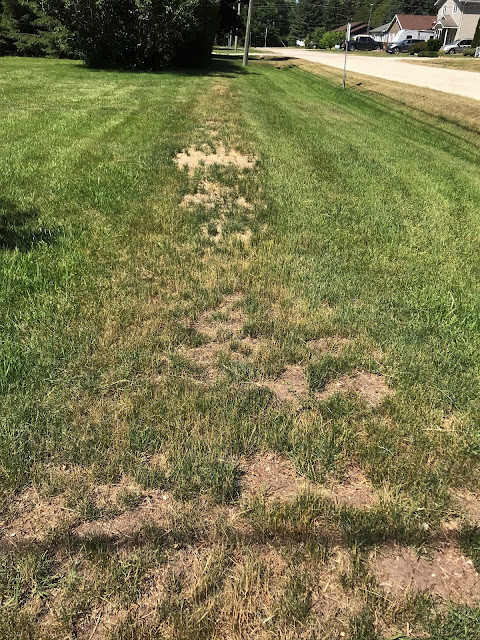 And around the corner a mystery in the grass.  Looks like there's an old sidewalk under there. 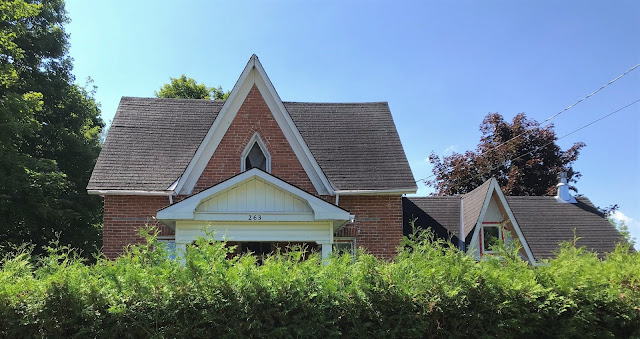 One of those old 'Ontario cottages', though it's mostly hidden behind the cedar hedge.  Note the triangular shaped top to the attic window.  That's a modern addition with roofline to match on the right.
. 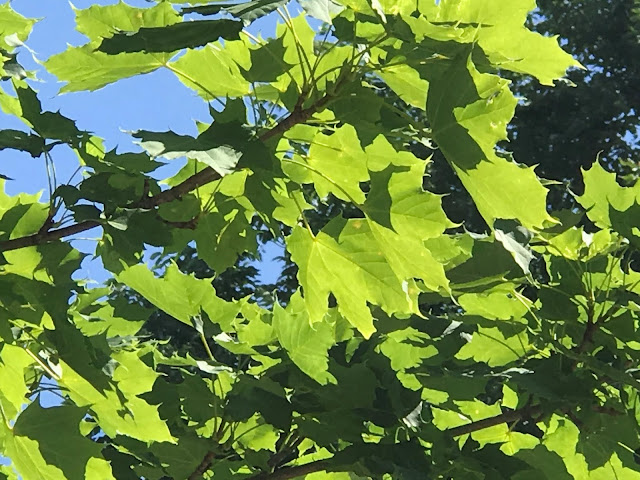 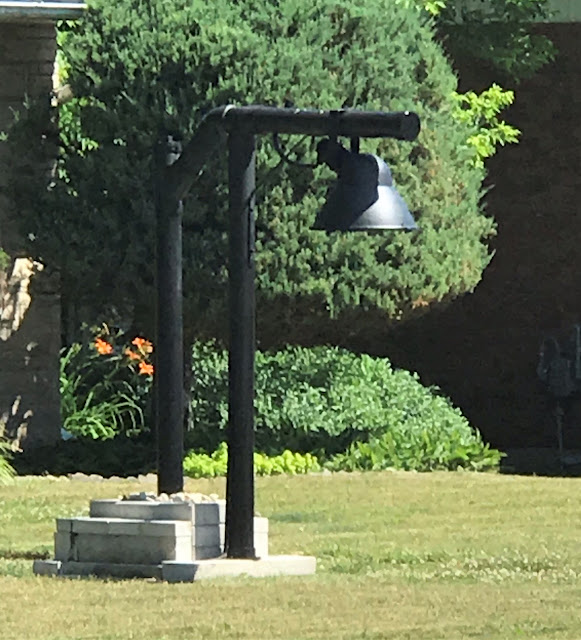 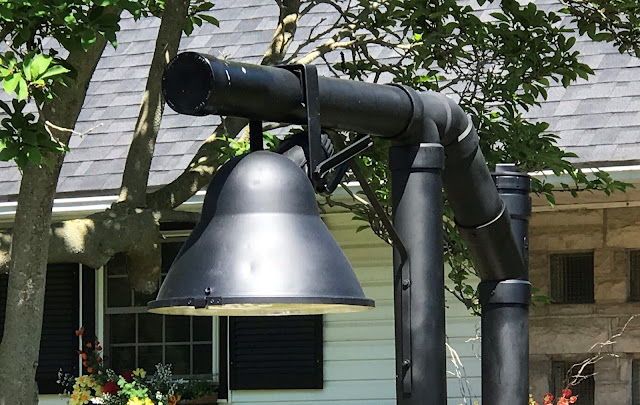 And an interesting lamp beside the front walk of this house.  It appears to be made out of 4" plumbing pipe.  They were putting it up one day as I went past.  The big lamp just shines down.

Another very hot day here but we're hoping for a reprieve by tonight.