The Seasons Roll On

I've never been comfortable with just four seasons even though I know the astronomical reasons for them.  I always thought the best part of fall didn't arrive on Sept 21st, and winter didn't arrive in time for Christmas.  In fact I included a chapter in one of my books describing 8 seasons as I saw them.

The point is that the seasons unfold continuously, or at least in fits and starts over the year.  It's been summer for just over two weeks now, but things keep changing, fast!  I think this is particularly obvious if you have a garden you keep a close eye on. 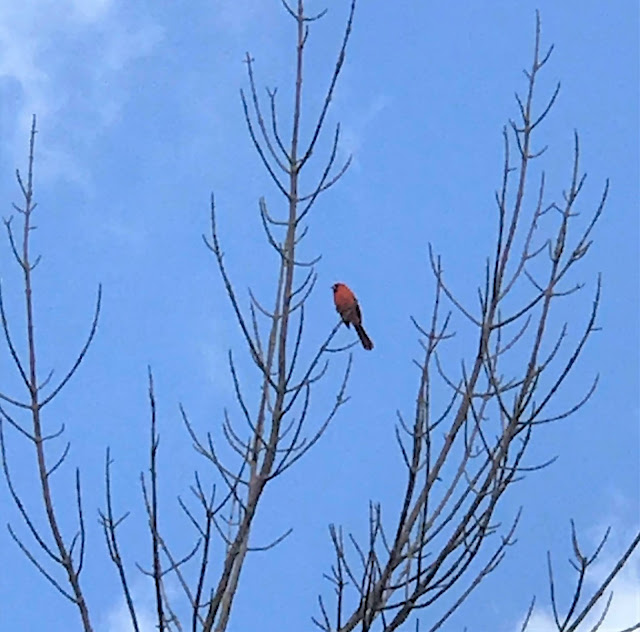 Have you noticed that the birds which were so obvious in May while they established territories and found their mates have now been quiet for a few weeks?  They're nesting of course, and it means they're much less visible and they're quieter.  The Cardinal is almost the only one I can still hear calling from the top of trees, up against ths sky. 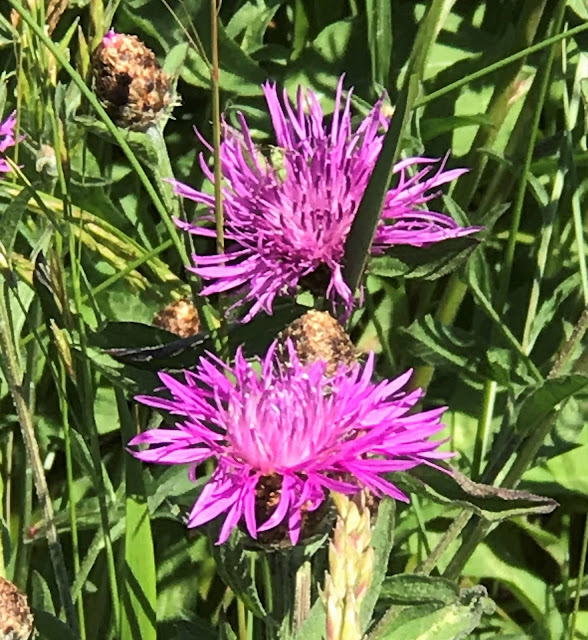 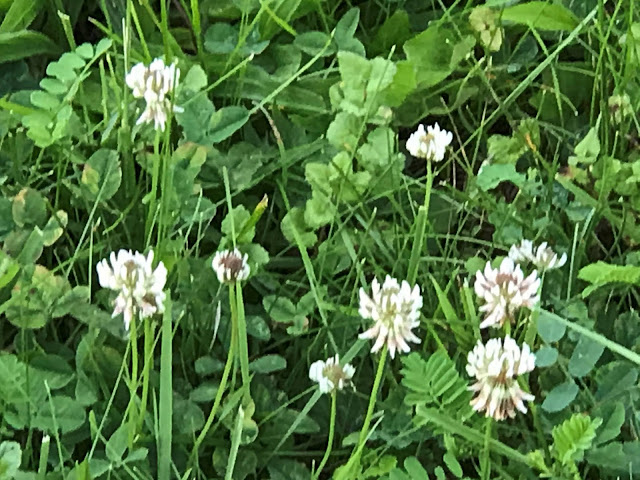 There is a continuous stream of new 'flowers of the fields' blooming, here Knapweed and White Clover.  Several species are now gone, including those beautiful yellow Dandelions, early spring food for so many bees. 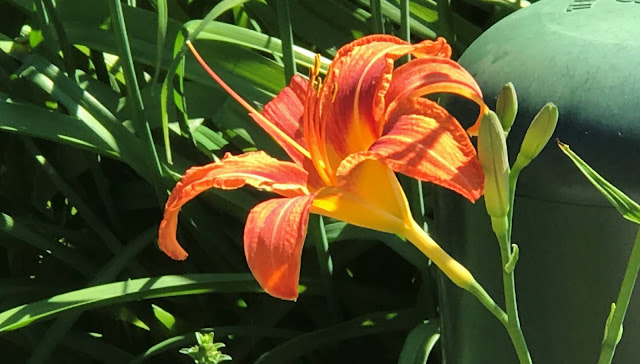 Another round of garden flowers is just starting to bloom, this the first Day Lily I've seen.  We'll have a dozen in full flower in a week or two.

Crocosmia, one of the most striking of summer flowers, is just coming into bloom.  We've got about a dozen across the front of the house. 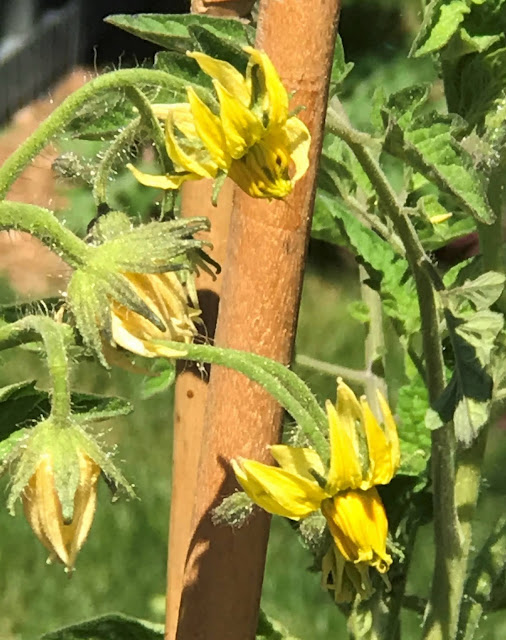 And of course the veggie garden is constantly changing as thing grow to harvestable size and later veggies start producing.  We've been having cold-weather crops - onions and lettuce - for a month now,  Radishes and beans are very close and tomatoes are blooming profusely.

So forget your idea of four seasons and start watching for all those continuous little changes in the world around us.  You might be surprised.

PS Thanks to Mrs. F.G. who figured out how to get the computer working again!
Posted by The Furry Gnome at 2:31 PM