A Small Barn and Bird's-foot Trefoil

Exploring further west on Nelson Street the other day I was struck by two things, a window in a small barn at the far west end of the street and Bird's Foot Trefoil that has now gone to seed, right after I turn the corner.  Here's what I wanted to share. 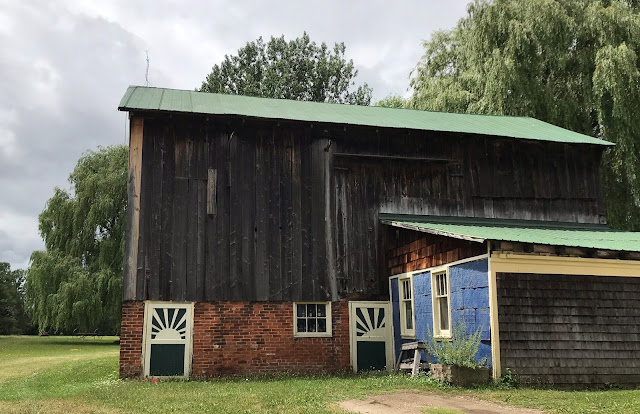 This nice little barn is intriguing.  The property has one of those old 'Ontario cottages' that I described earlier in the spring, and it would be interesting to know when it was built.  It was certainly out on the far edge of town when it was built.  You don't see many barns with a brick foundation, or doors like those two! 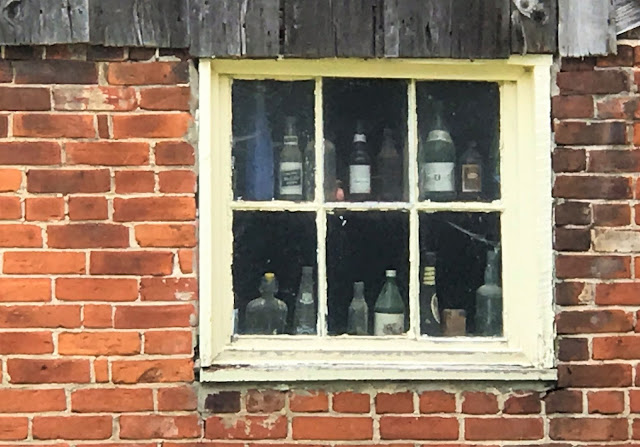 But what I noticed was the bottles lined up inside this window.  Wonder how long they've been sitting there? 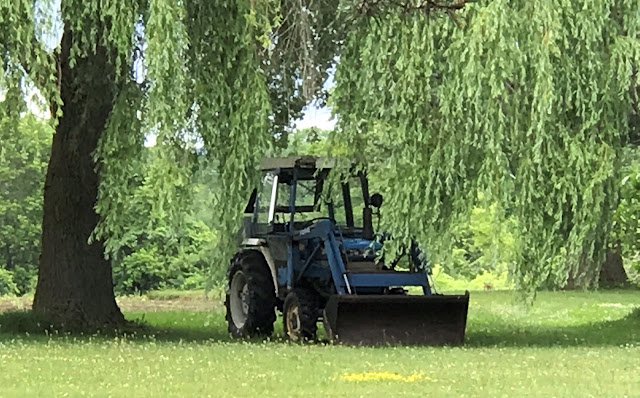 They have a reasonably modern tractor sitting back behind the barn, ... 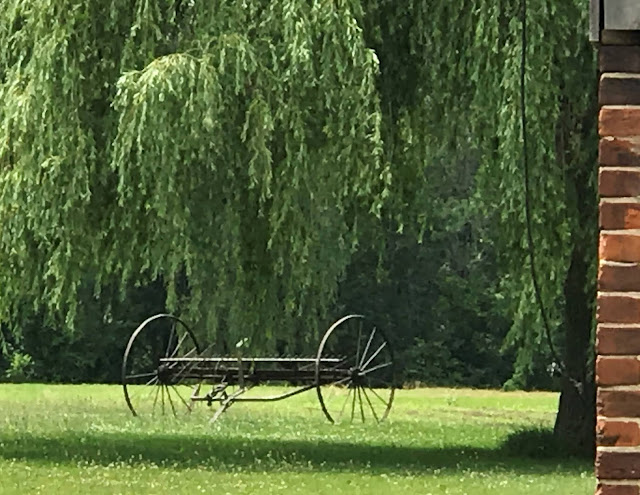 As well as the basics of an old hay rake.  I talked to the owner the other day and found myself getting an open invitation to ride all over their grassy field if I wanted to. 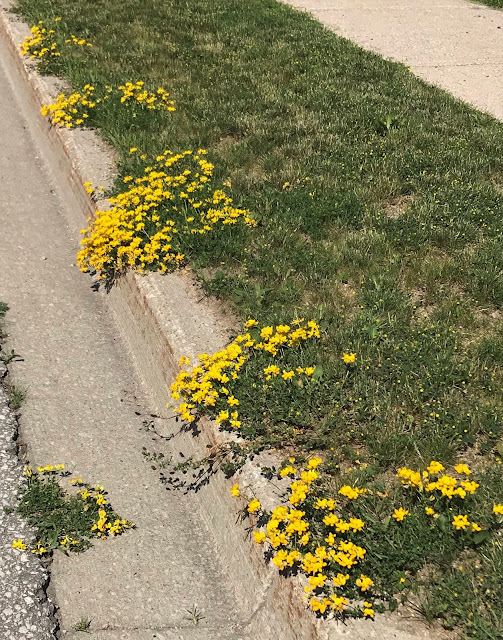 The other thing I wanted to share today is at the farthest opposite end of my run down Nelson West.  You'll remember these bright yellow Bird's-foot Trefoil that are now in bloom all over the place here. 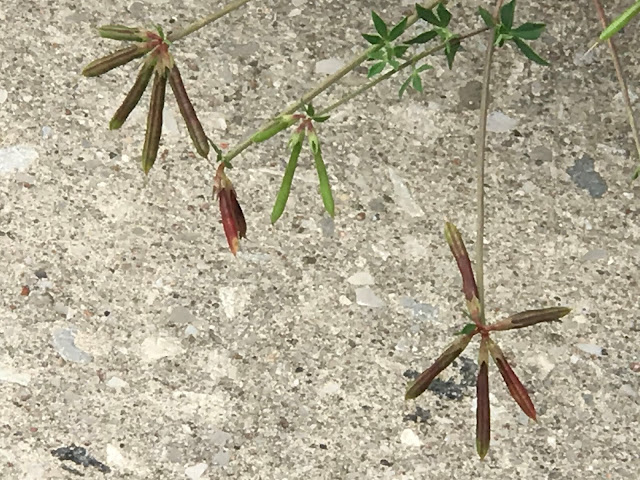 Well, the earliest blooms have now transformed into seed pods, and I hope you can see why they're labelled 'Bird's-foot'!

That's all for today, a very hot one here with possibly severe thunderstorms in the forecast.  I've been watching the radar, but I think they'll mostly hit eastern Ontario. then it's supposed to cool down a bit to more normal, thank goodness!