I got out for my first ride downtown this morning, since early March when we stopped our coffee group and stopped going to church.  It's a big adjustment starting this after the lockdown!  I went in the morning when it was still relatively cool. 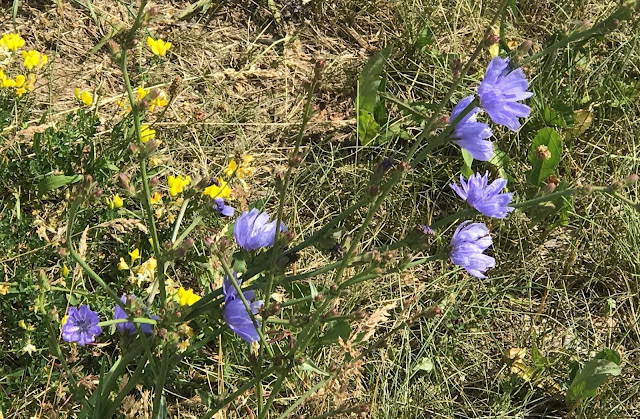 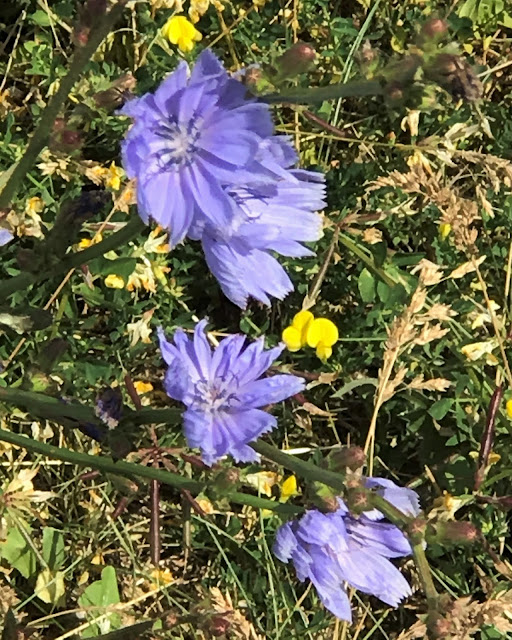 I was delighted to see the first Chicory blooms as I rode down the big hill on Nelson Street.  Chicory only looks like this with bright blue wide-open blooms for a few hours in the morning, but I'm usually out in the afternoon. 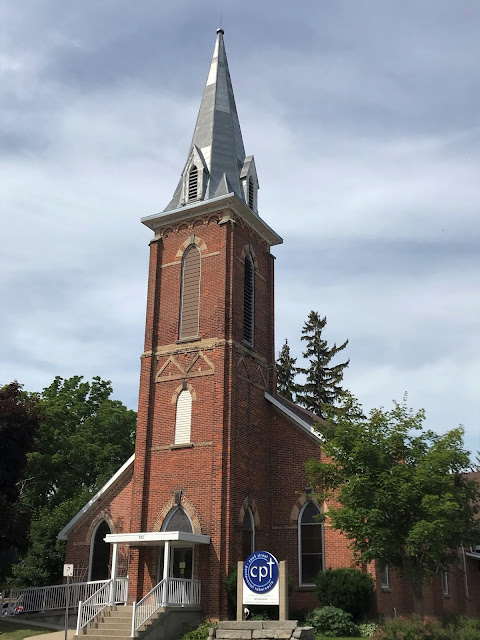 There are six old churches downtown.  This one has the easily recognizable architecture of churches in the late 19th century.  It was built as a Presbyterian church, but purchased in 1938 and became a Pentacostal Tabernacle. 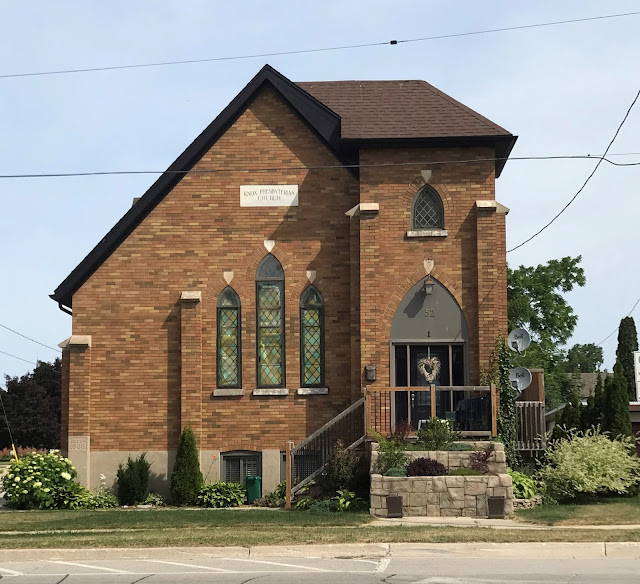 Across the street is the former Knox Presbyterian Church, now recreated into apartments.  This is the church we attend but in a new totally accessible building at the edge of town. 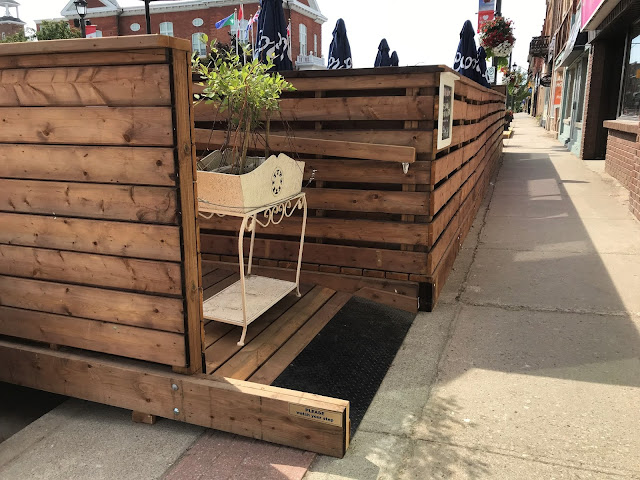 Since restaurants here can only open outdoor patios, I had heard that part of the parking in this block had been blocked off to enable that.  This patio looks very nice, fenced off from the traffic beside you and with a wheelchair accessible ramp! 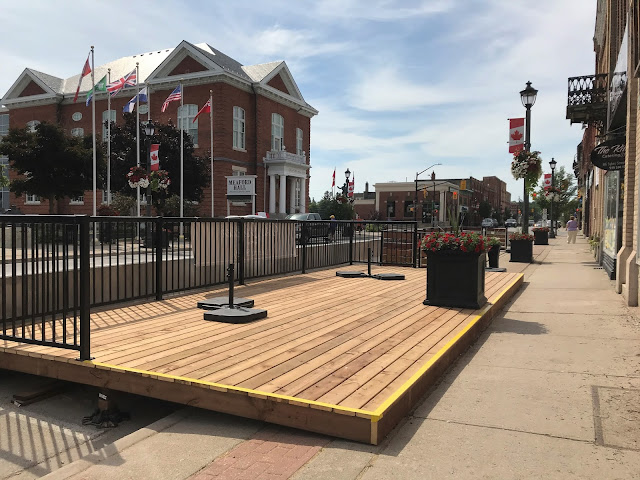 My favourite coffee shop has a nice looking patio, but it's not accessible!  You can see the concrete barriers behind the railing. 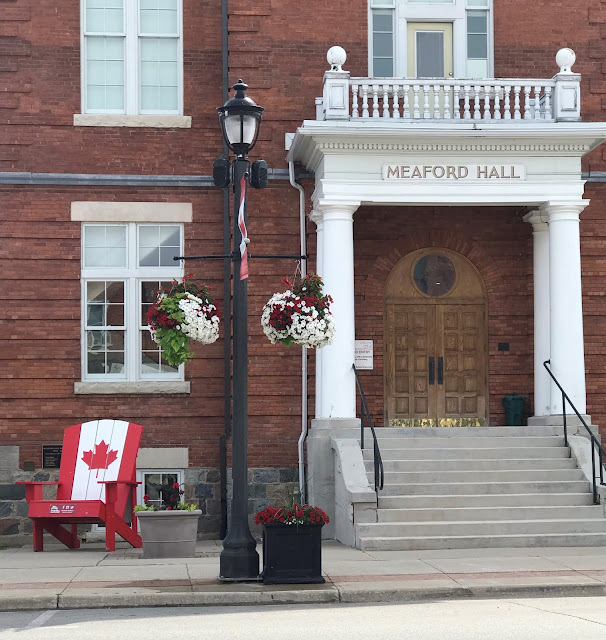 Across the street is Meaford Hall, also shown in the photo above.  Usually the popular site of local concerts, it's been quiet now for 3 months. 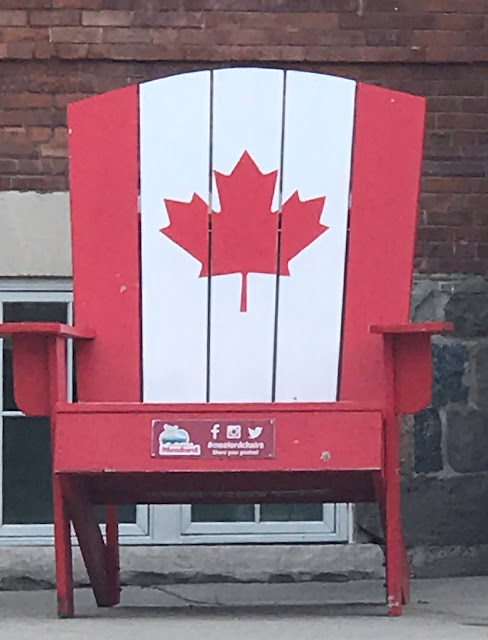 But the big red chair is still there.  I was glad to finally get downtown again, the first time I've ridden downtown myself since last October.  It was like a new adventure!