Yesterday I spotted some movement on the mulched surface of the garden below my window and looked down.  It was a sparrow I hadn't seen before.  It was too close to use binoculars even, so it took a few pictures before we got a good look. 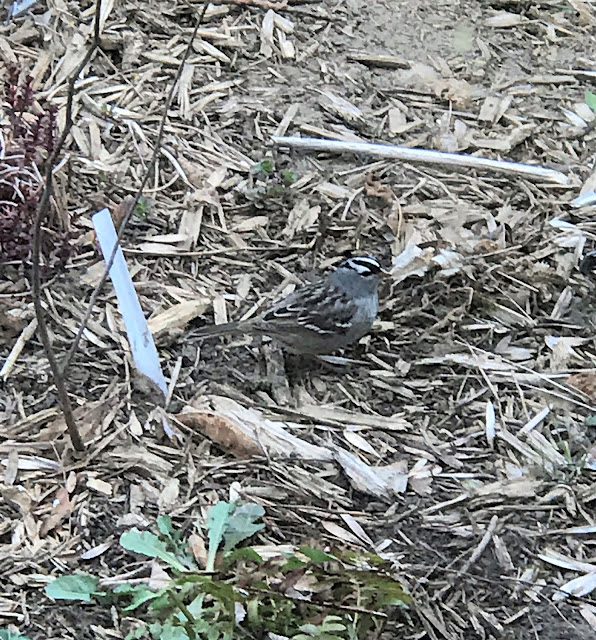 I still wasn't sure at this point, but then Mrs. F.G. came to look and the rest of these photos are hers. 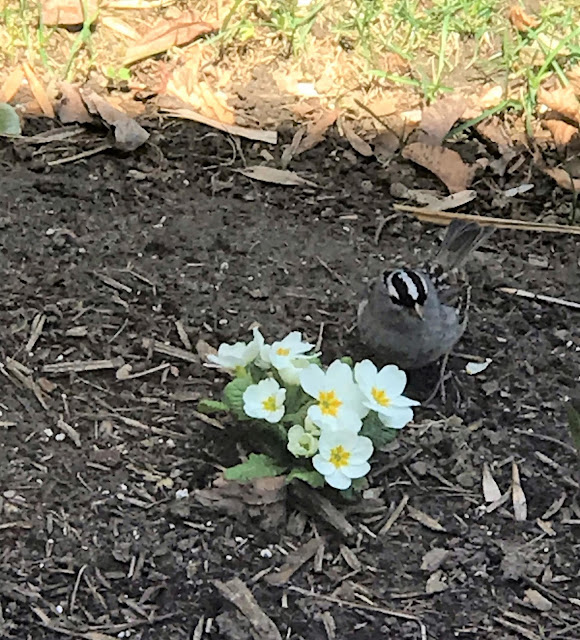 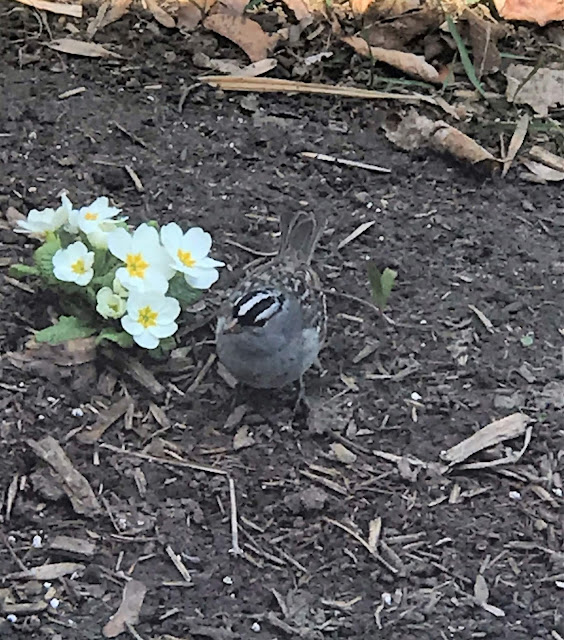 After a close look at these two photos it was obvious that this was a White-crowned Sparrow - no white patch on the throat and no inconspicuous yellow bits like the White-throated Sparrow. 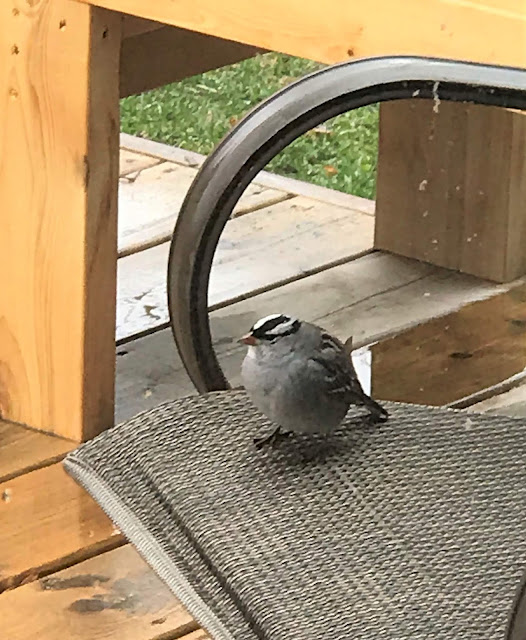 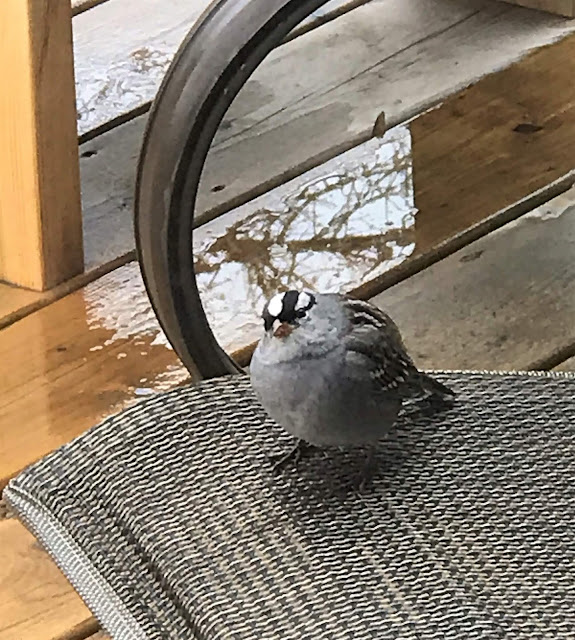 Then this morning Mrs. F.G. spotted it sitting on the chair right outside the door.  It even seemed to look up at her, probably noticing the motion inside the window.  We wondered if it had hit the window, but it soon flew away, apparently ok. 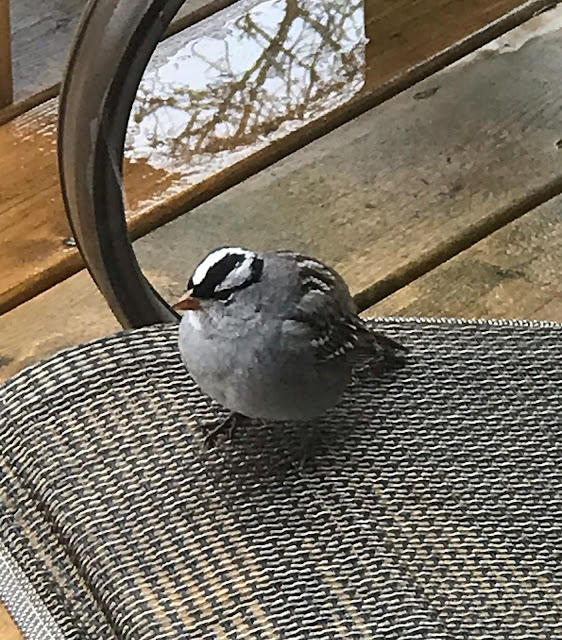 The White-crowned Sparrow breeds in Alaska and arctic Canada, so it's just migrating through here now.  It winters in most of the continental United States and into Mexico.  This is the time of year we're most likely to see one.  I think I've only seen one once or twice before though, so I was pleased to see this one.