After a very long time since the last visit, we got down to the shoreline here to check out the bay.  They've cleaned up all the fist-sized and smaller rocks that were thrown up on the grass and pavement, so it's safe to drive in and park.  The little beach where the waves ate 50 feet into the playground in last fall's storms remains to be dealt with.  I believe the current plan is to remove the playground, but there's still a lot of other restoration work to be done.  They haven't even thought about the boulders along the shore yet. 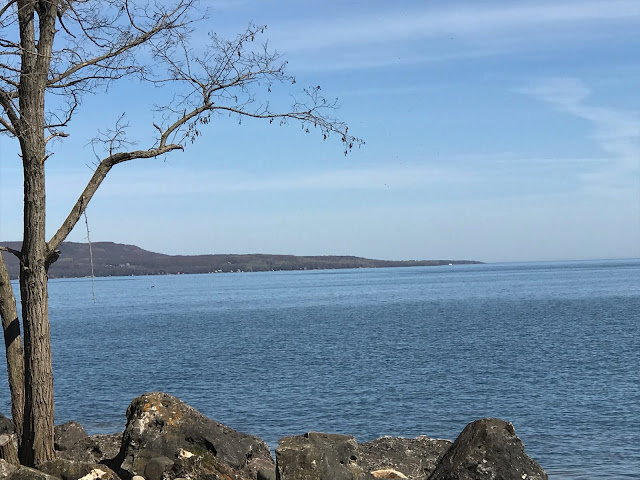 The bay, a north-westerly view toward the army base.  There's a proposal for an enormous pumped storage facility here which is generating a lot of controversy, but that's anther story! 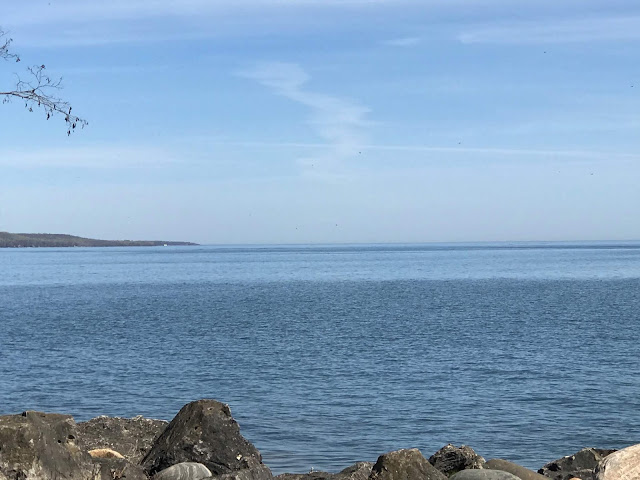 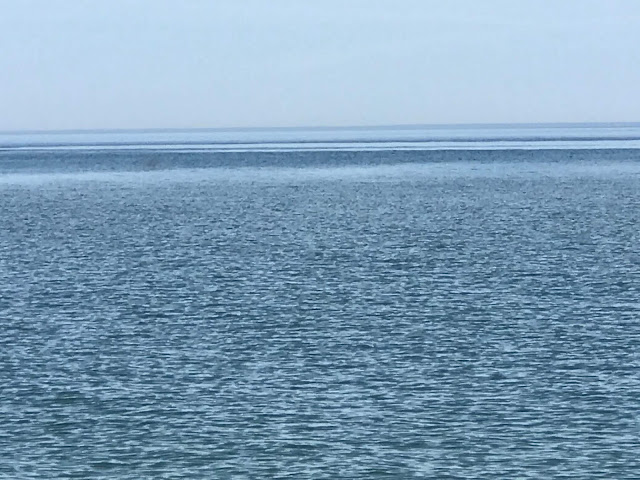 Straight out in the bay.  It's a hazy view in the distance, with no sign of the distant islands out there. 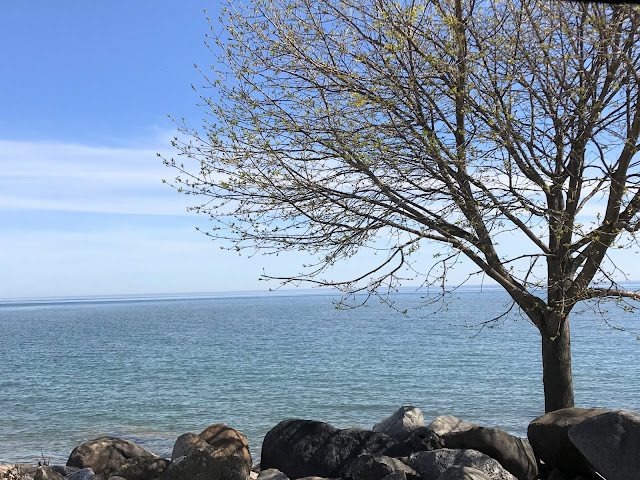 And then one of the trees that presents such an amazing picture in the winter when the waves splash up and cover the lower limbs with icicles. 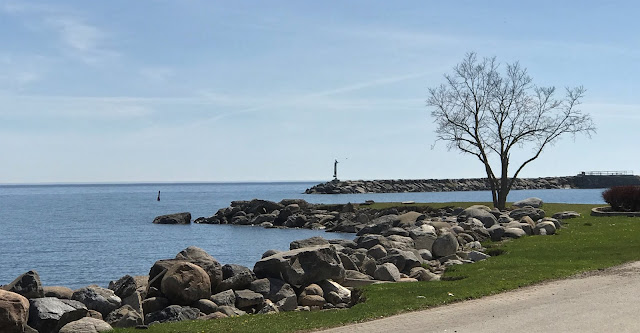 Finally, looking to the right toward the harbour, the little rangelight out on the end of the breakwater, and a lot of boulders! 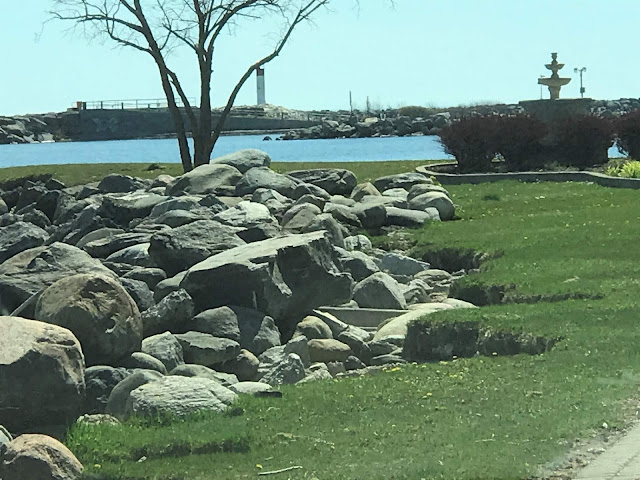 I was trying to show here how the big boulders along the edge of the shoreline get rolled or even tossed up onto the grass.  I estimated that this line of boulder is about 10 feet inland from its natural, pre-storms position.  You can also see how the soil gets eroded along the inner edge of the boulders.  Shoreline erosion due to rising water levels is going to be a serious problem for years to come here.

The worst storms seem to be at the end of October and in early November when the lake level is also at its seasonal high.  Last fall they had to close the shoreline street as it was flooded, and there were rocks a cubic foot in size thrown onto the grass.  This fall is predicted to be the historic high as long as records have been kept.  Wish us luck!