The Orioles Have Arrived!

We love seeing the first Orioles visit, with their bright black and orange plumage.  Today we saw a flash of orange and shortly had two males flying back and forth between the feeders (on which Mrs. F.G. had squeezed some oranges halves) and the trees.  Later we saw a female too. 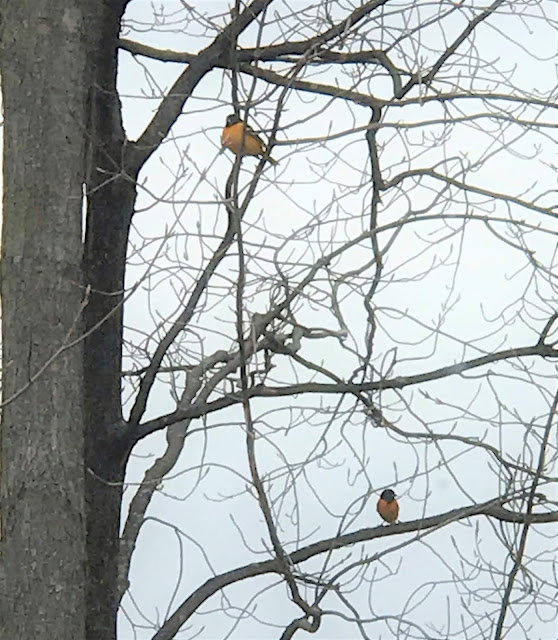 The first views were of two males sitting in our still-bare Sugar Maples. 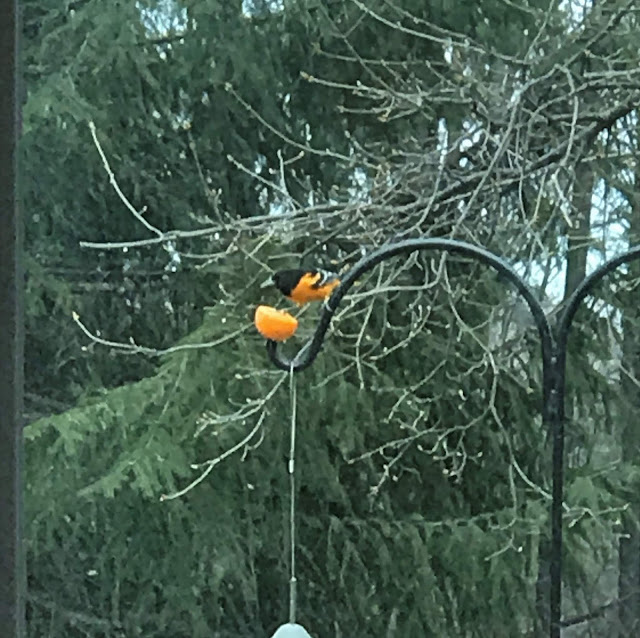 Soon though, they were at the feeders, dipping into the oranges. 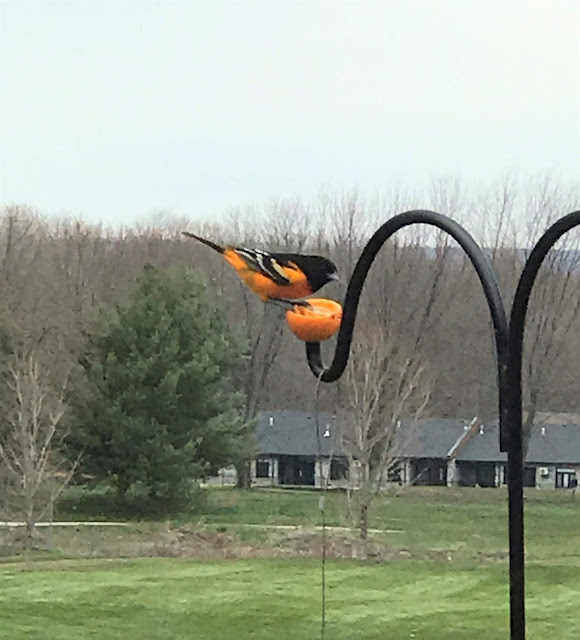 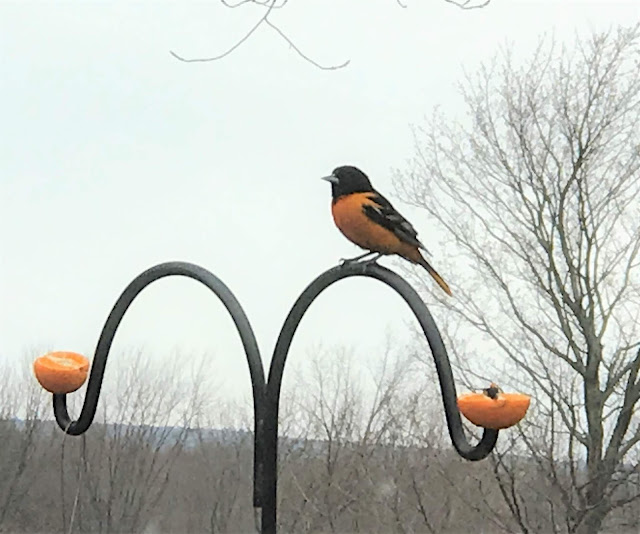 In our opinion this is the most strikingly coloured migratory bird in the garden. 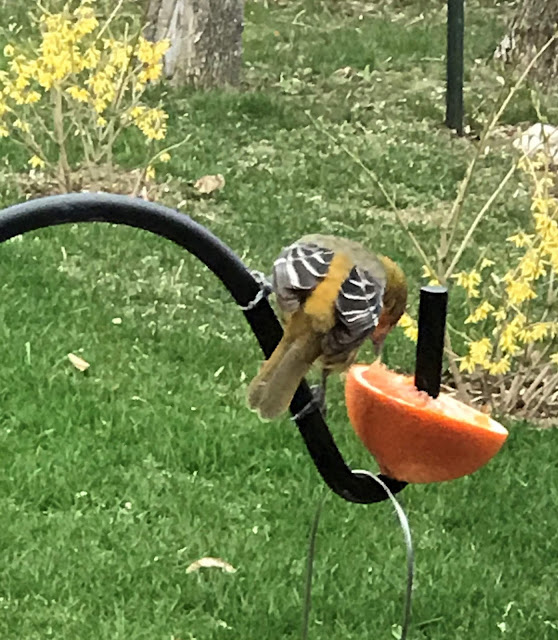 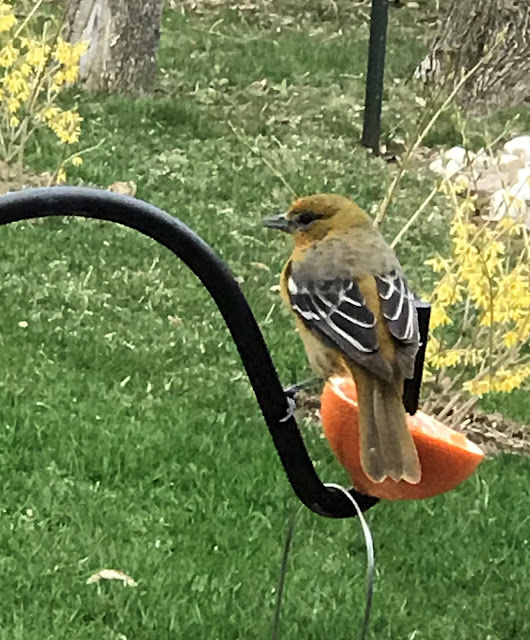 Then a female landed on the feeder right outside the window.  It stubbornly sat looking the opposite direction until I had wasted about 20 shots and finally lifted its head long enough for a picture. 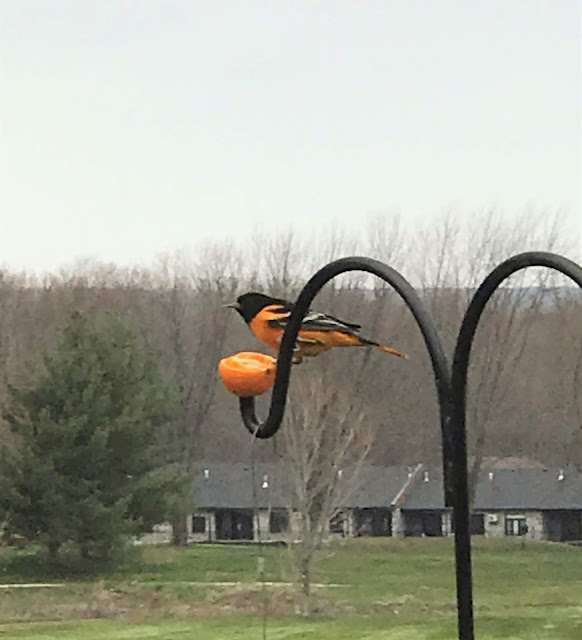 The return of the Baltimore Orioles is one of the delightful highlights of spring.

By the way, if you're wondering about the moniker 'Baltimore', it comes from the colours of the coat of arms of the Baltimore family in England.  In the mid-1600s Lord Baltimore was trying to arrange settlement plans for what is now the state of Maryland.  The city of Baltimore was also named after him.