The Birds of Spring

It's a wonderful time of year to sit and listen to the birds.  On these beautiful mornings I've been able to sit on the deck and enjoy my coffee while all around me I can hear the birds calling.  With only about a dozen species hanging around, I've been able to learn their calls well enough that I know who is singing even if I can't see them. 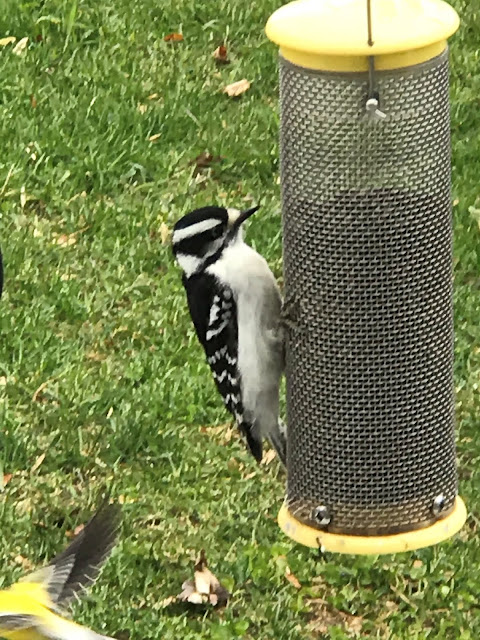 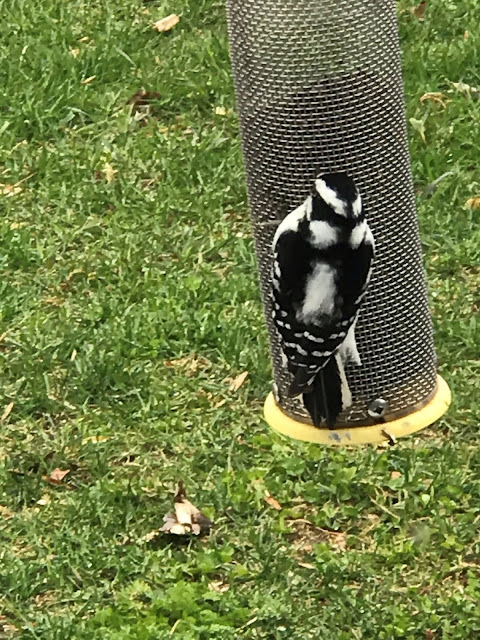 Although usually a winter bird here, one pair of Downy Woodpeckers has been staying around and I suspect they're nesting nearby.  A rear view shows this is a female, with no red spot on the back of the head. 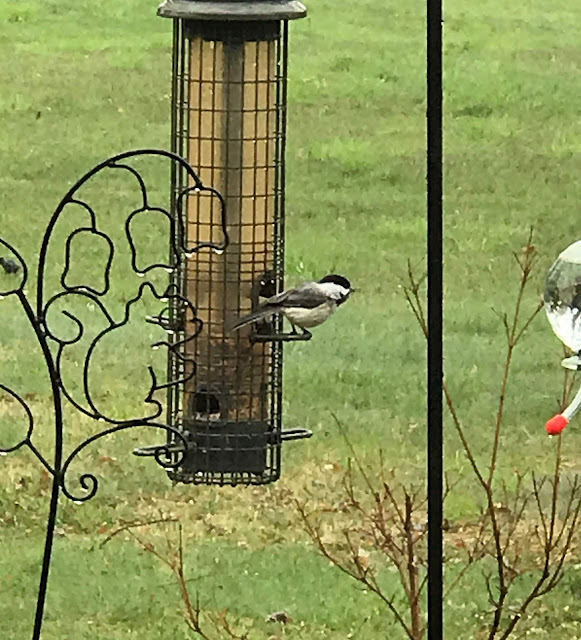 There is a similar pair of Chickadees, which we also usually see in the winter.  But this pair visits late in the day for some seeds. 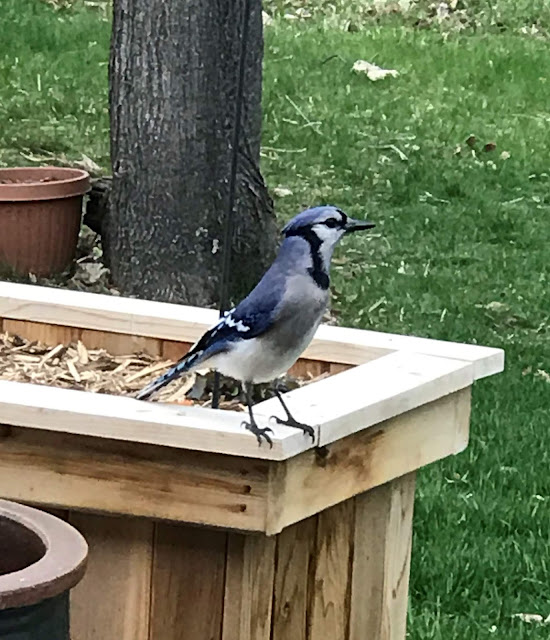 I think there may be a family of Blue Jays around now. We here their raucous calls every day when they swoop in.  I think they're nesting in the tall spruce across the road. 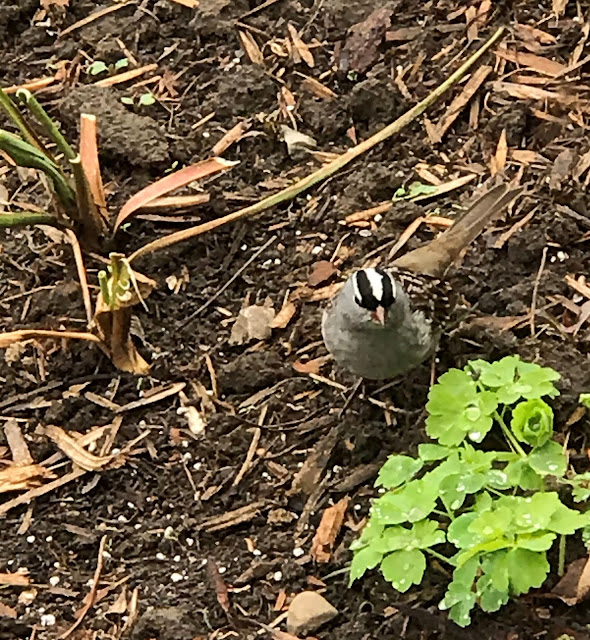 The White-crowned Sparrow was still around at least a few days ago, though I'm expecting it to migrate on north.  I think the Dark-eyed Juncos have already left. 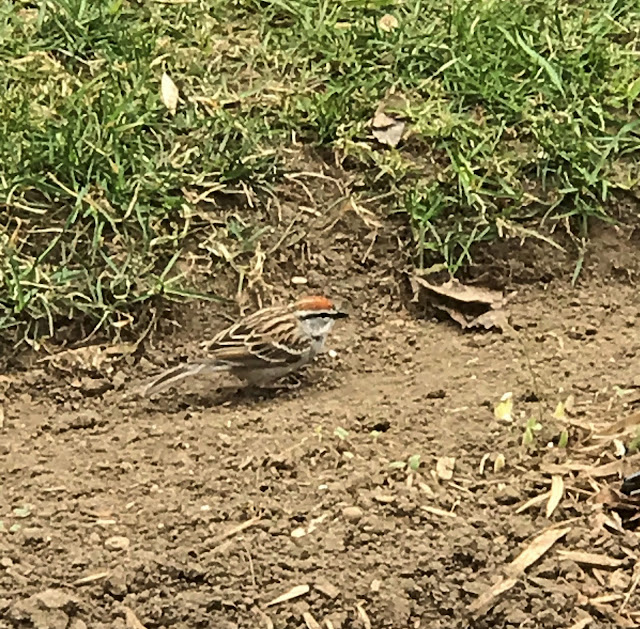 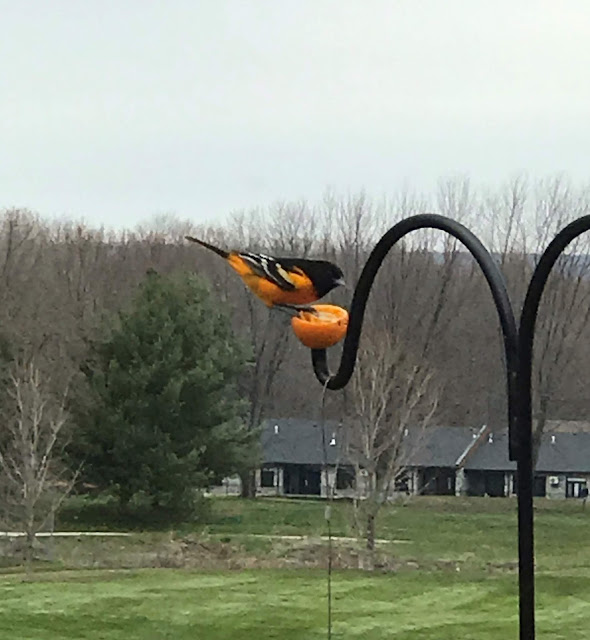 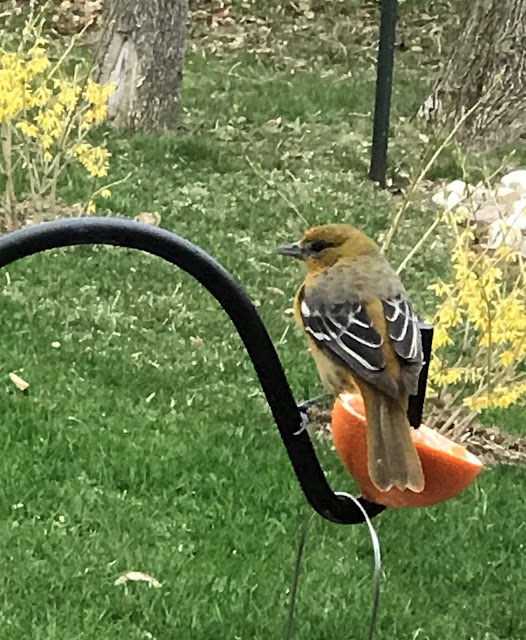 And so far the Baltimore Orioles are still here, the male a bright oragne and the female much more subdued.  I hear them calling too.

Besides these that I have pictures of we have the usual Crows, Starlings, Grackles and here Cardinals calling in the distance.  A Turkey Vulture soars overhead about once a day, and a small flock of teenage Canada Geese usually flies over every day.  Altogether the sights and sound of birds outside add a nice new dimension to my world in spring.

I can't believe that we've gone from late snow to it being too hot for comfort in just over two weeks!