It was an all-too-brief taste of warmer days to come - sometime!  Yesterday it was sunny, blue skies and well up into the teens.  A number of flowers and plants just loved it!  Sadly, according to the forecast, it's over for now as you'll see if you read to the end. 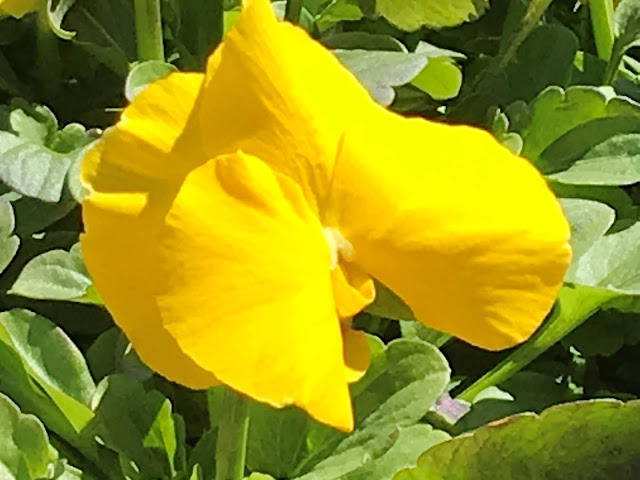 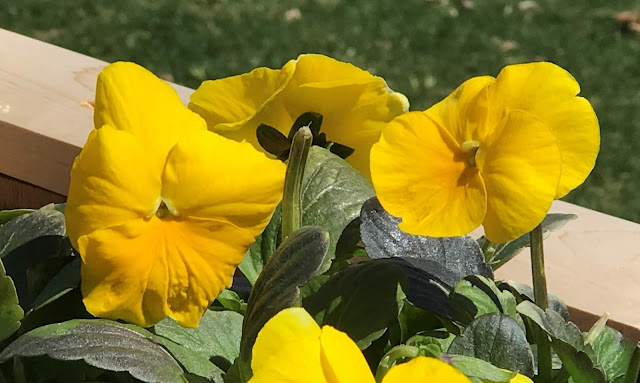 The Pansies are doing great, even though they were snowed on four times two weeks ago.  I hope they're ready; they may get snowed on again later this week. 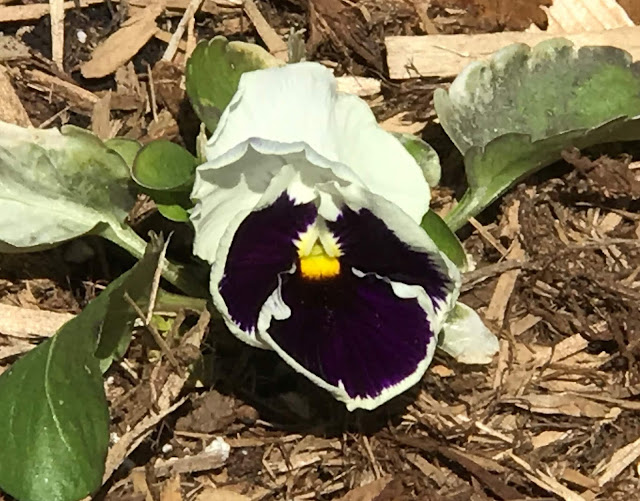 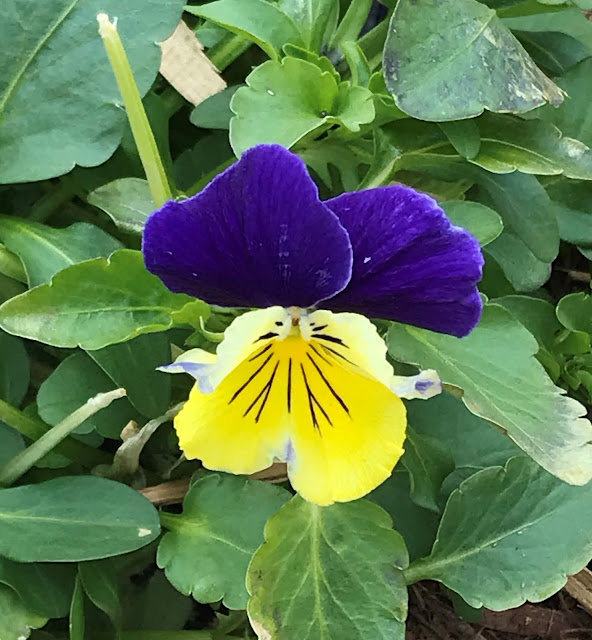 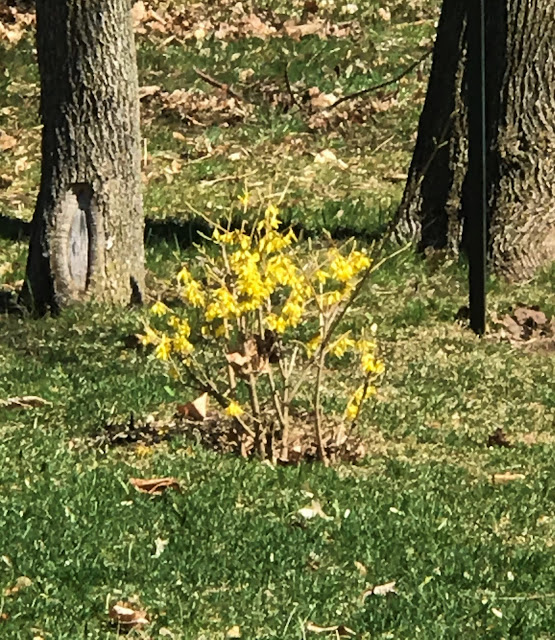 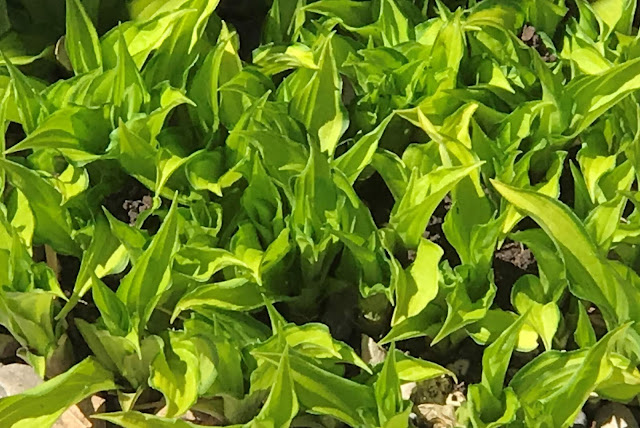 The Hosta shoots out front look like actual leaves now. 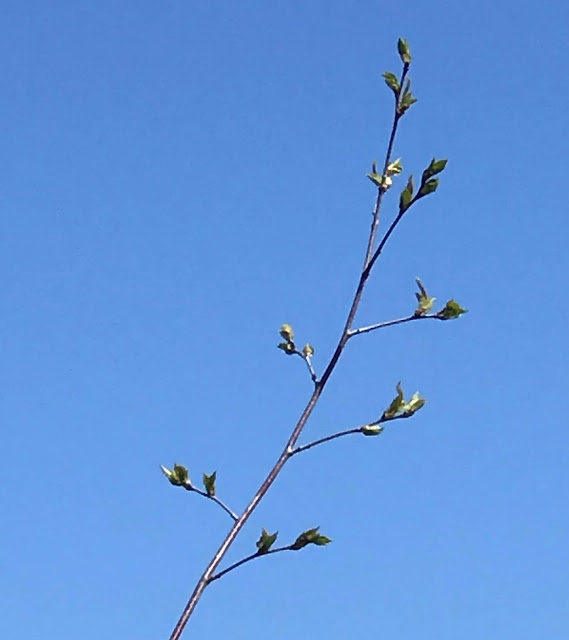 And the leaves on our White Birch are bursting out.  You can actually see green! 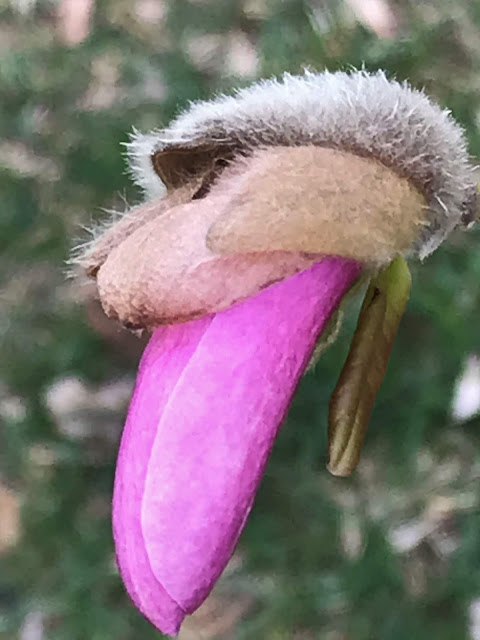 Mrs. F.G. went out in the cold this morning and caught a close-up of our Magnolia.  Just planted last year, it's also about to bloom.  Looks as if the blooms will be a very pretty pink. 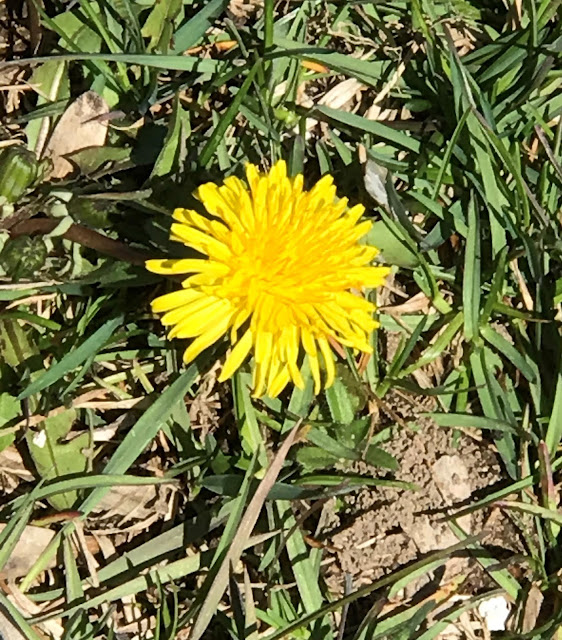 And I'm proud to say that our lawn has the only Dandelions I saw on the entire street.  The most popular hobby among the men on the street is maintaining a deep green spotless lawn.  Dandelions on a lawn pull down the appearance of the entire neighbourhood!  But I think they're nice and they provide early spring food for the bees.

It was a cold April and it's going to be an even colder May, relative to normal temperatures.  The forecast says freezing level low temperatures at night for the rest of this week, with the possibility of snow Friday and Saturday!  On Saturday the forecast HIGH is 0°C!

Every now and then the Weather Network publishes a map of temperature anomalies - that is, the extent to which forecast temperatures are above or below normal.  This coming month we will sit in the greatest colder than normal anomaly on the planet thanx to that polar vortex!  Maybe it'll warm up in June!!!!