Our 4th day in a row of nice sunny weather, but by mid-afternoon too hot for me.  Three weeks into using my CPAP mask and I feel more energetic than ever, though there's also still a lot of neuropathic pain.  Pain in the ass if you ask me, but it's actually a pain around my chest at the level of the spinal injury.  All those poor nerves get that far and don't know what to do, so they just hurt!  (Later I remembered it's the second day after physio!) 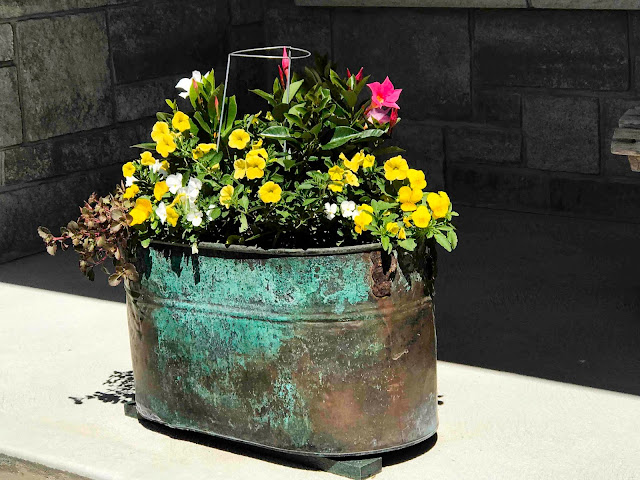 Right on out front porch.  I dug this old copper boiler out of the dusty old hay loft of my grandparent's small barn 44 years ago.  We've never had a use for it before. 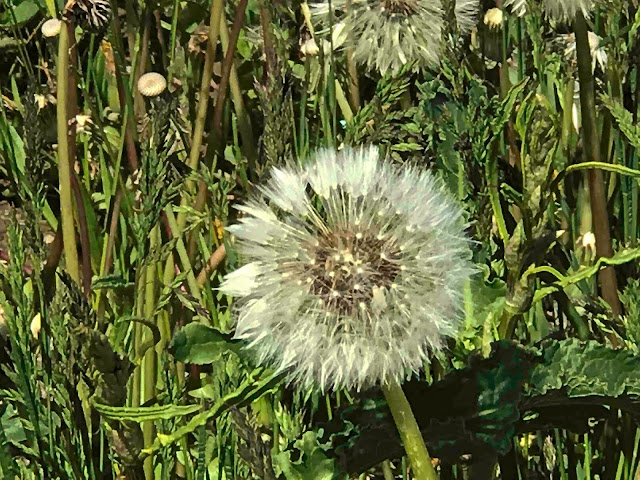 Lots of dandelion seeds ready to float away and ensure next year's flowers. 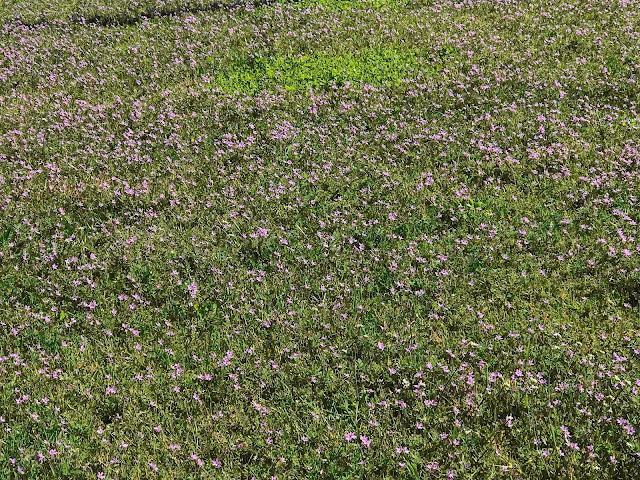 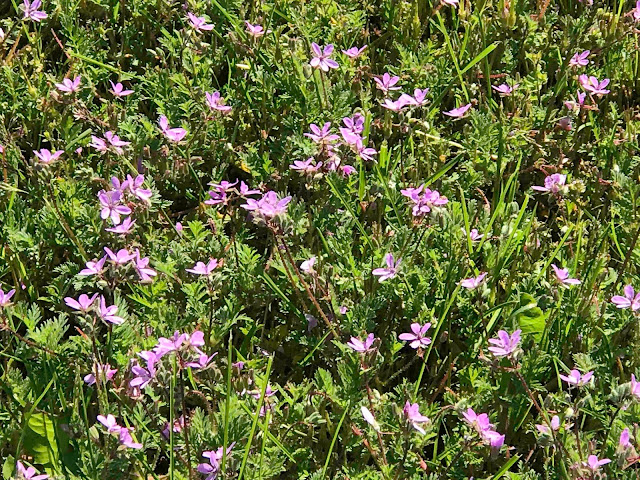 Much of the original grass on one of our neighbour's lawns was killed off by over-zealous herbicide sprayers.  She ended up with large areas of this little pink flower.  I think it's rather pretty, but I know some of our other neighbours would disagree!  I haven't identified it yet because I can't get down far enough to pick one and see the leaves. 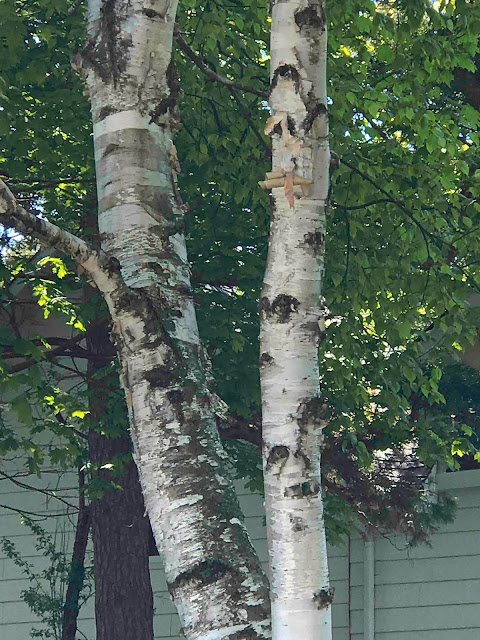 I never noticed this nice White birch in a private yard down the street until this week.

This shows you clearly how far the White Ash lag behind the other trees in leafing out.  Behind our house we have some Sugar Maples for comparison, but our immediate neighbours have only ash trees. 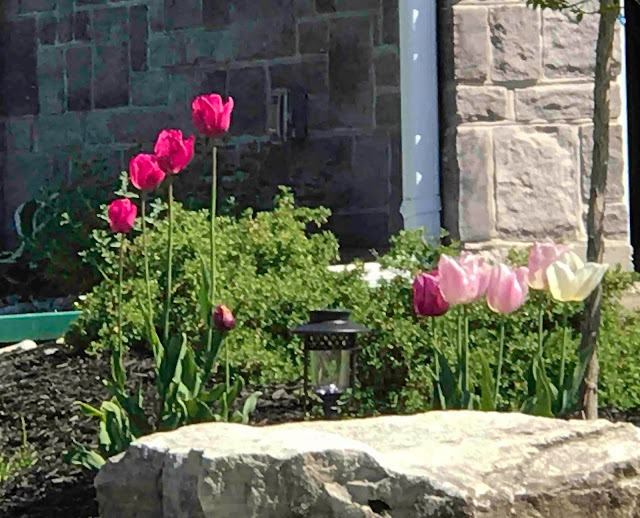 Amazingly, we still have Tulips out in full bloom!  Spring is very late this year. 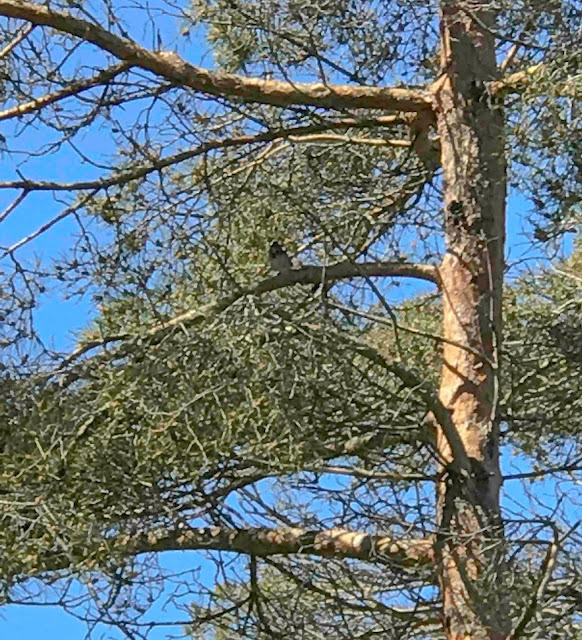 Finally, one of my spectacular bird photos!  I listened to this Song Sparrow's melodious call for quite a whilte before spotting it up this Scots Pine.