An Exciting Day for the Furry Gnome!

Guess what!  They've named a new side trail off the Bruce Trail in my honour!  You can now hike the Stew Hilts Side Trail in to see a previously secret waterfall.  [There, I've given away my real name.]  And to top that, this is an as yet un-named waterfall as far as we know, so someone suggested that we call it 'Hilts Falls'.  Imagine having a waterfall named after you! 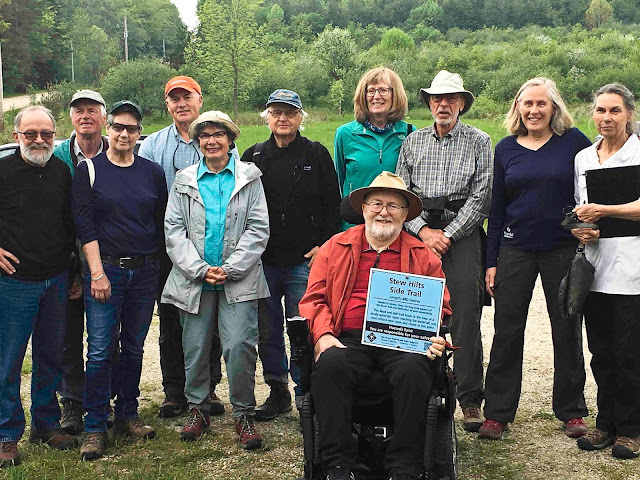 Me and some of my Bruce Trail friends.  They let me hold the new sign for the side trail for a few moments, just for pictures.  An astonishing 46 people showed up for the opening ceremony, including of course Mrs. F. G., my sister, my cousin, and a close friend from Toronto. 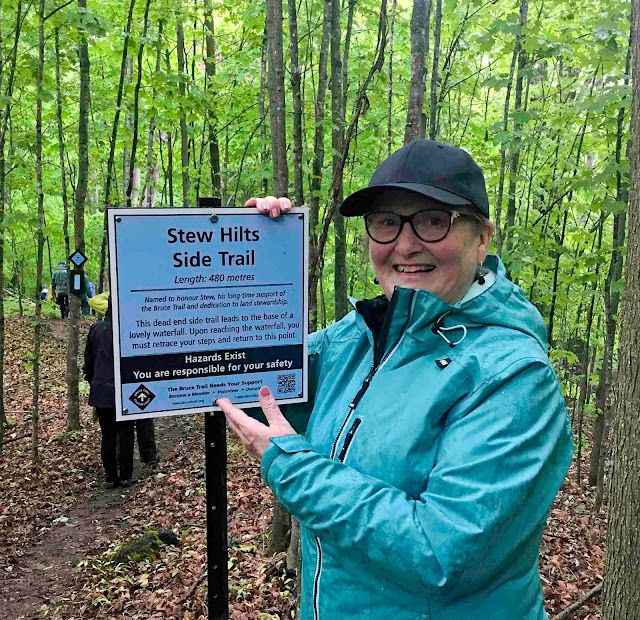 My sister, with the sign after it had been mounted at the beginning of the side trail.

Most of the trail is a nice walk through some beautiful woods. 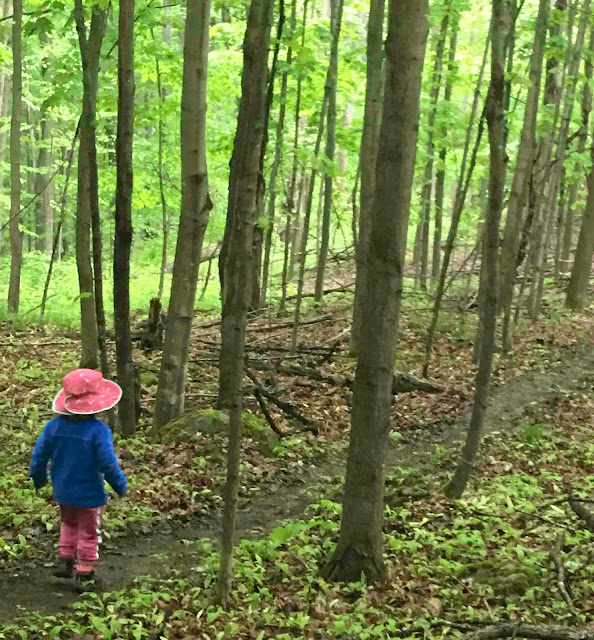 My grand-niece, age 3, heading down the trail. 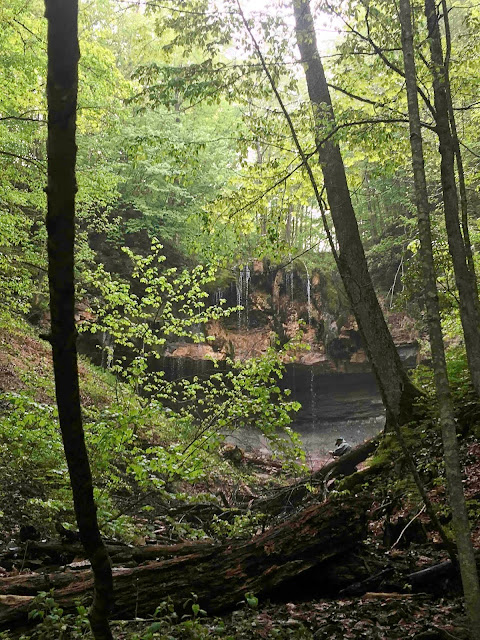 The first glimpse of the falls through the trees, not much water, but very pretty.  As it's downright unsafe to approach the base of the falls too closely, they plan to build a viewing platform, as well as a bridge across the stream.  The side trail may eventually be extended south and back uphill to meet the main trail again, creating a loop. 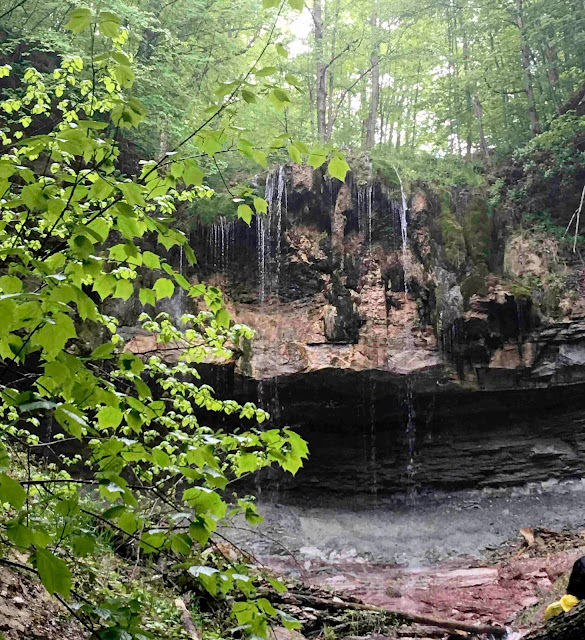 A closer look.  You can clearly see the two geological layers that characterize several of the falls along the trail in the valley - the hard Manitoulin dolostone on top, and the softer Queenston shale that comes in both grey and reddish colours below.  This and all of the above pictures were taken by my sister.  Knowing that this is what they'd find at the falls, I suggested the label 'Stew's trickle' might be more appropriate than 'Hilts Falls'.

My volunteer job in past years has been to scout out new properties acquired by the Bruce trail Conservancy, find the survey markers, and assess the property.  When I saw this falls, not visible from the trail, I knew we had to find a way to get there. 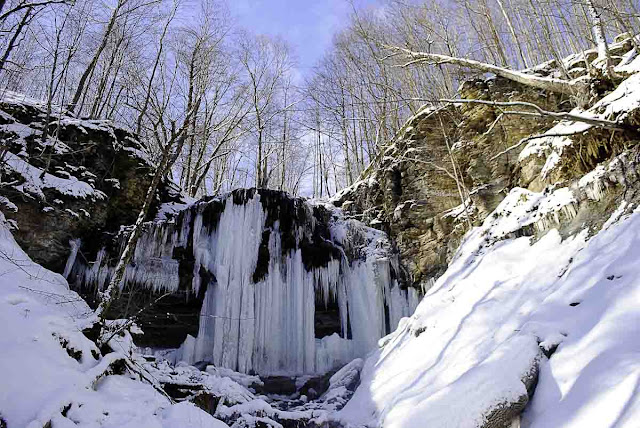 These are the two pictures I took when I originally went in on snowshoes in the winter of 2012 to find a route to below the falls.  It turned out that the very steep side slopes of the valley make it unsafe to approach the falls very closely. 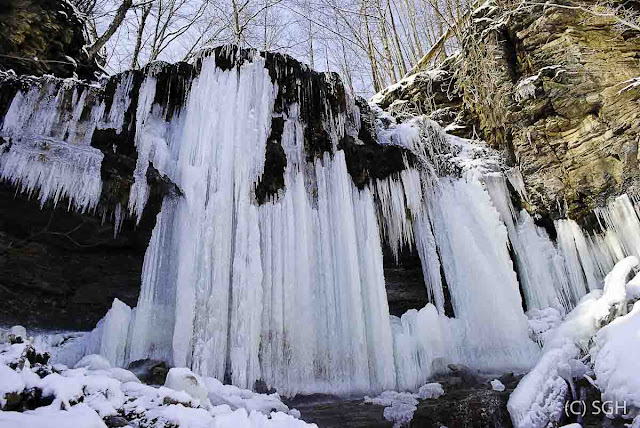 I think this is one of the most beautiful waterfall pictures I've ever taken.  The main Bruce Trail skirts the top of this waterfall on the right, but you cannot see the falls as it drops over the edge.  Once I had hiked to the bottom and found an easy safe route, I started recommending this as a location for a new side trail.  Now it's there for anyone who wants to walk in and see the falls.

For any local reader, you hike south on the Bruce Trail from Johnson's Sideroad, 3rd road south of Hutchison's Corners, for about 10 minutes and you'll see the blue sign on your left.  Allow about an hour total time, in and out.  Small parking lot if on the north side of the road, in the corner of the hayfield.
Posted by The Furry Gnome at 6:59 PM