After visiting the Tom Thompson Art Gallery for the first time I feel I owe you a few comments about who Thompson was.  To keep it simple, Tom Thompson was in my mind Canada's greatest artist.  Often mistaken as a member of the Group o Seven, Canada's first art school, Tom was actually the chief predecessor of that group.  He grew up in the village of Leith, just a few miles down the bay from Owen Sound, hence the gallery's name and presence in Owen sound. 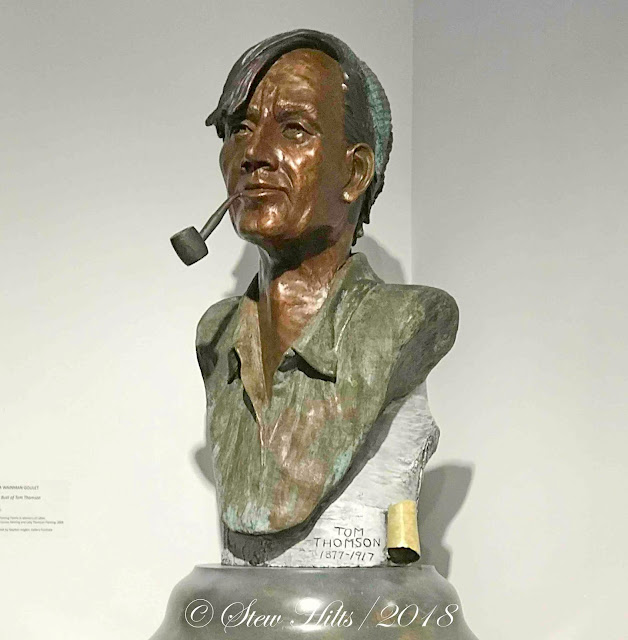 The Gallery has a small permanent gallery of Thompson's art (though none of the big pieces like 'The Jack Pine' or 'The West Wind', each worth over $1 million).  This is a bust of Thompson in bronze. 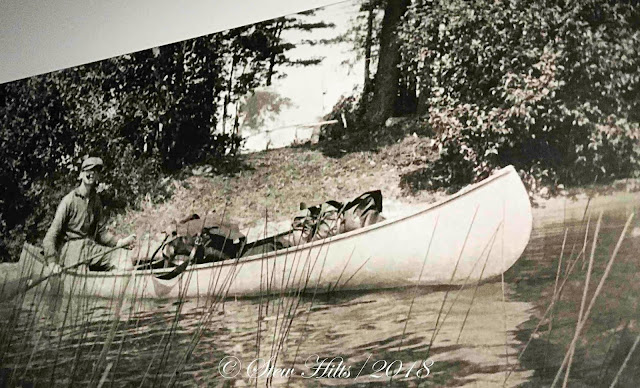 Thompson spent many of his great painting years in Algonquin Park, camping and canoeing as a true woodsman.  Sadly he died there in 1917, only 39.  There is some controversy over his death, whether from drowning or a bash on the head.

Most of Thompson's work was on small wood panels.  These ones were on display at the gallery.  I may well return to the theme of art, and tell you the story of the whole Group of Seven. 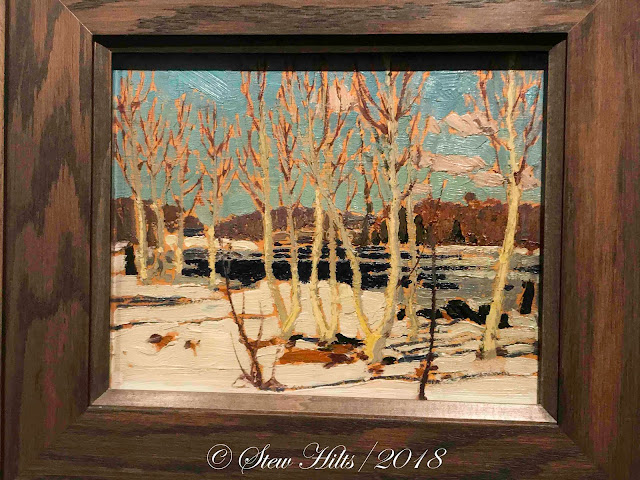 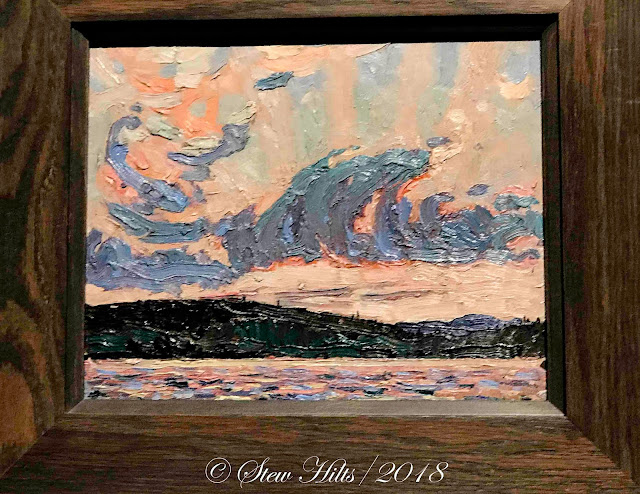 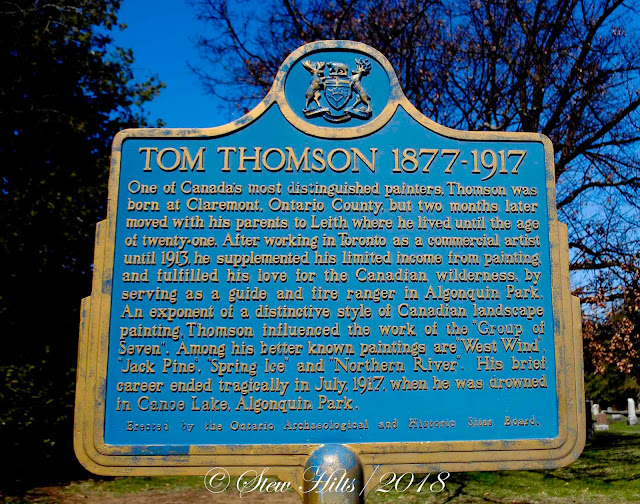 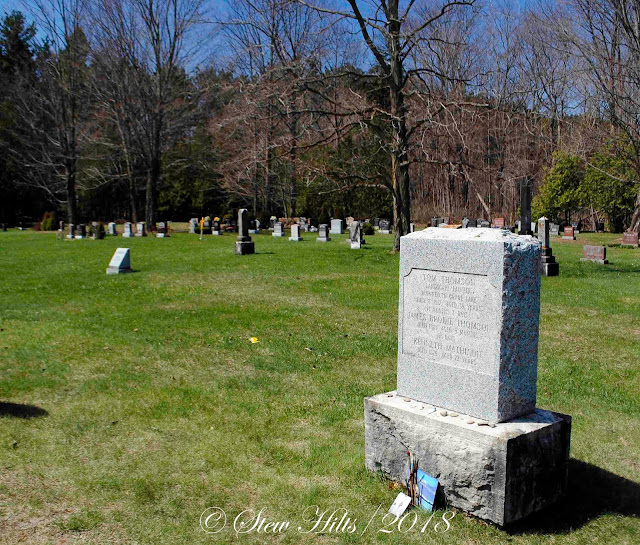 Here is the Historic Plaque and gravestone at Leith Church in memory of Thompson.  Note the paintbrushes left by an admirer.
Posted by The Furry Gnome at 6:57 PM