Art in Front of the Hocky Net

Owen Sound is a hockey town, make no doubt about it.  The local team is the Owen Sound Attack, one of 20 teams in the Ontario Hockey League.  It ranks last in terms of market size (mainly the town of Owen Sound), but first in terms of attendance at home games by percentage. That has to say something! 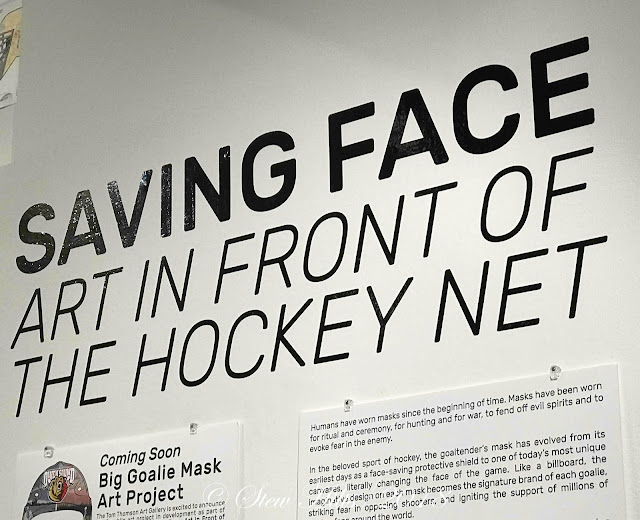 Anyone who has played goalie, even taking a turn in a pick-up game in the neighbourhood park, knows the value of a hockey mask in terms of 'saving face'.

I personally remember the night goalie masks started in the NHL  Playing for the Montreal Canadiens the great Jacques Plante was hit in the face by a shot from the equally great Andy Bathgate on Nov. 1, 1959.  After getting stitched up, Plante refused to come back on the ice without the mask he had been using in practice.  With no other goalie available, the coach Toe Blake, another NHL great, had to allow Plante to play with the mask.  Although that first mask was very simple, just plain white, Plante never looked back and Montreal won the cup six of the next 10 years.  (Those were the days of the 6 team league when I watched the games every Saturday night with my dad.

But hockey masks have come a long way since then, and someone got the bright idea that an exhibition of goalie masks showing off their art would be a good idea.  With the main sponsorship of McArthur Tire (J.D. McArthur was a popular semi-pro player and coach for many years here) this exhibit was put together). 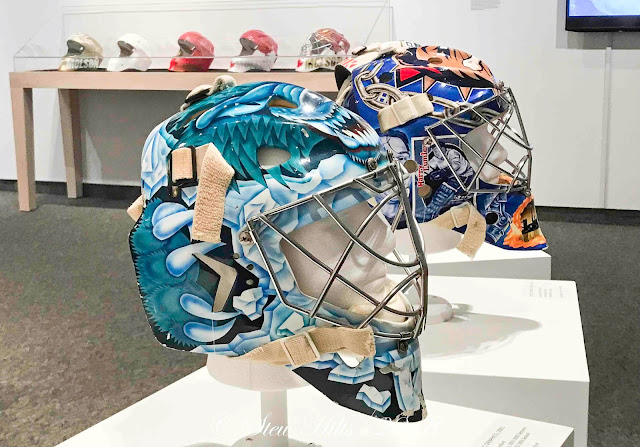 The helmets in the background show the steps in creating a modern helmet, and those in front illustrate today's artwork on goalie masks. 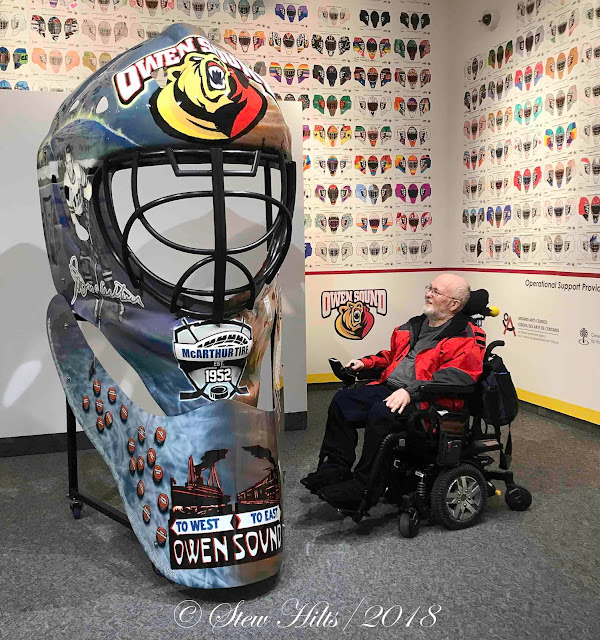 To create a little interest and draw the crowds, McArthur Tire sponsored a giant goalie mask which was huge.  You need to see me beside it to show the scale. 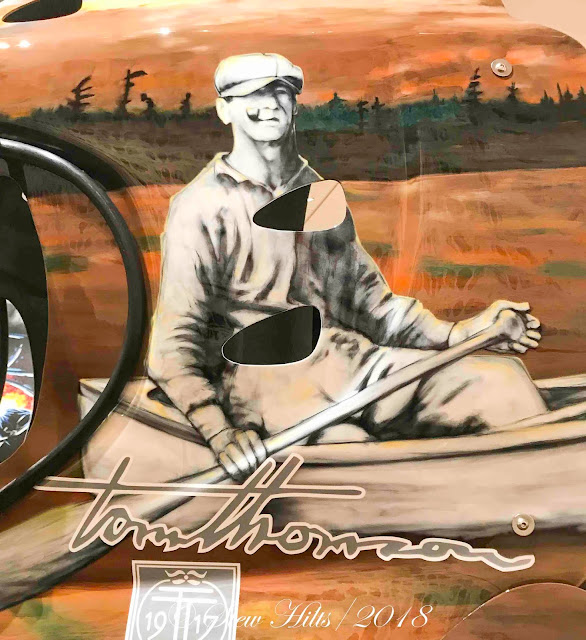 One illustration on the helmet, very appropriate for the Tom Thompson Art Gallery, was Tom Thompson himself, shown in his canoe in Algonquin Park. 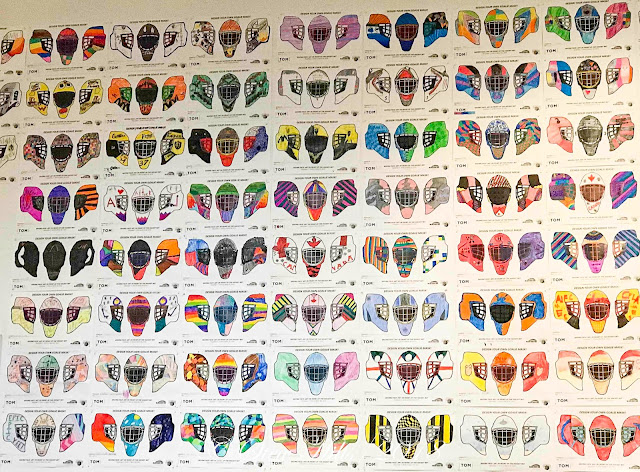 As part of the exhibit the gallery sought suggested mask designs from public school students.  It's interesting that students have to reach a certain before they can relate the side perspectives to the front view, perhspa a more difficult spatial task than we think. 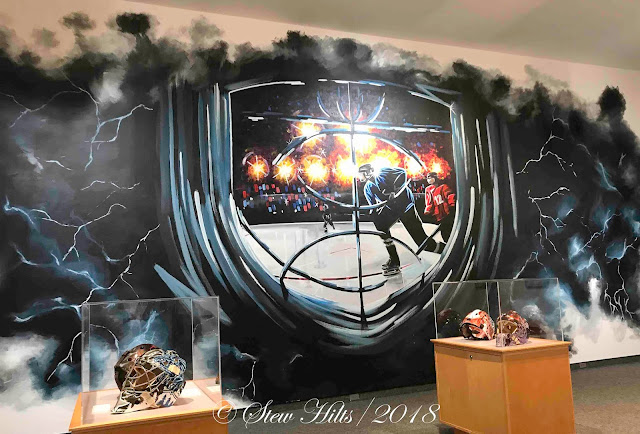 Finally, a well known graffiti and street artist, Billy Goodkat painted a full size wall mural, from the perspective of the goalie.  Goodkat is from Ireland, trained in England, and has a B.A. in Fine Art.  He moved here in 2011 and has been painting large murals ever since, often involving school children in the process.