The Ice Comes and Goes

One of the biggest changes on Georgian Bay over the seasons is the coming of ice cover over the winter season, followed eventually by its disappearance.  But the change does not really match the actual dates of the seasons and it comes and goes quickly when it does. 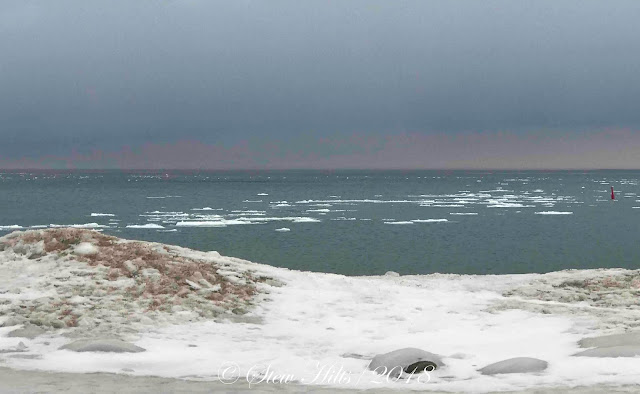 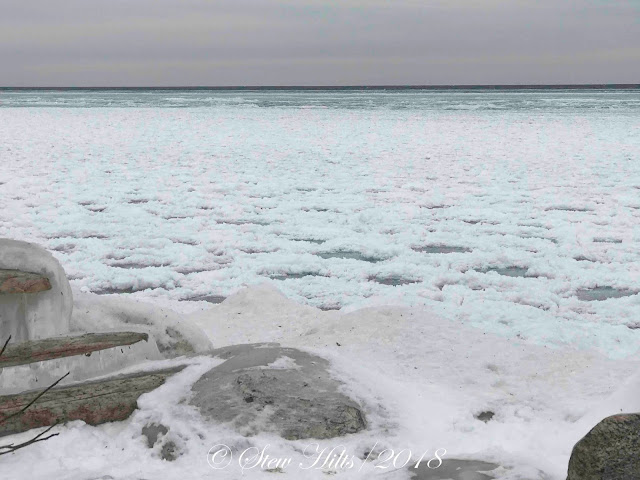 The water close to the shore froze first, spreading outward in these strange ice pancakes. 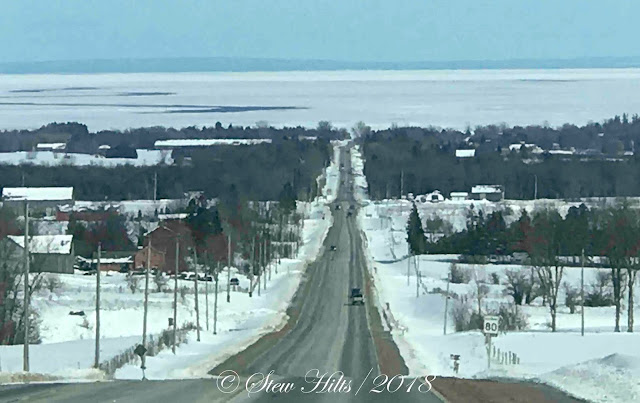 We were coming back from Owen sound three weeks ago when suddenly there it was, the entire bay nearly frozen over. 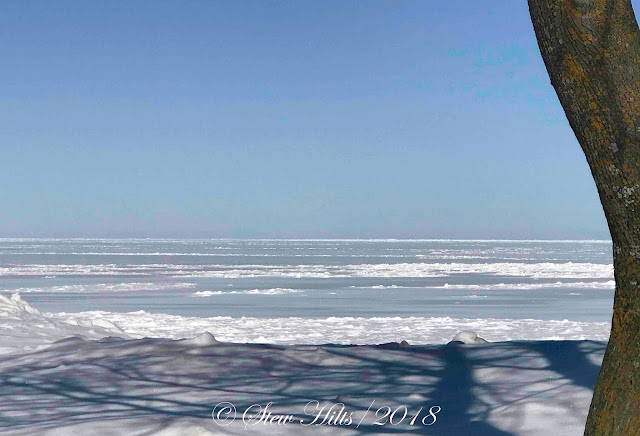 Down at the shore it was white as far as you could see.  It never did get more frozen than this because as soon as the ice reached its peak, it started to retreat. 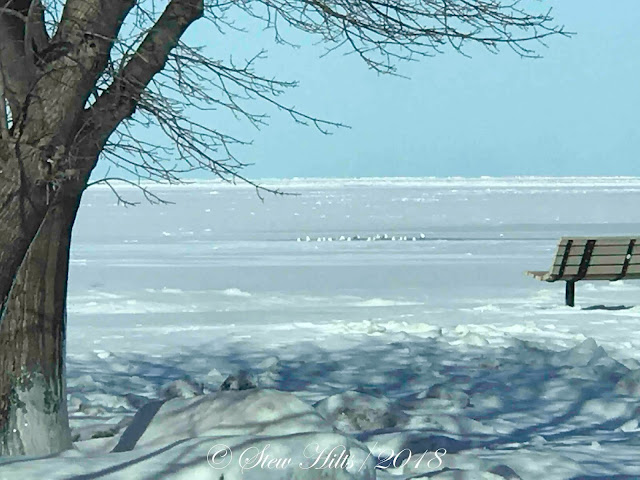 The gulls were able to find a wet spot throughout the 'freeze'. 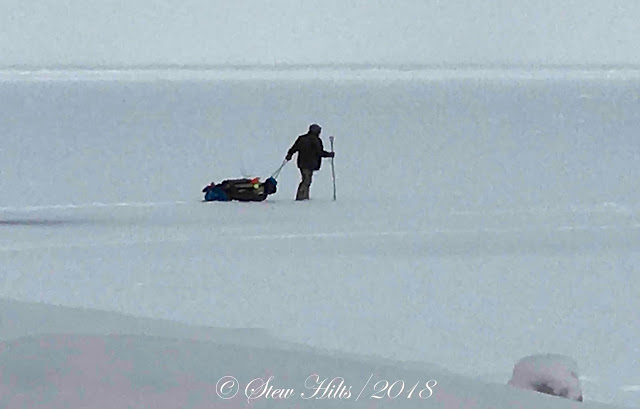 And with relatively solid ice close to shore the fishermen were back, heading out with their supplies.  For those of us who thought this was unsafe, he's headed toward a shallow sandbar off the mouth of the river.  One of them wrote on a local website that the spot where they were fishing was three feet of solid ice. 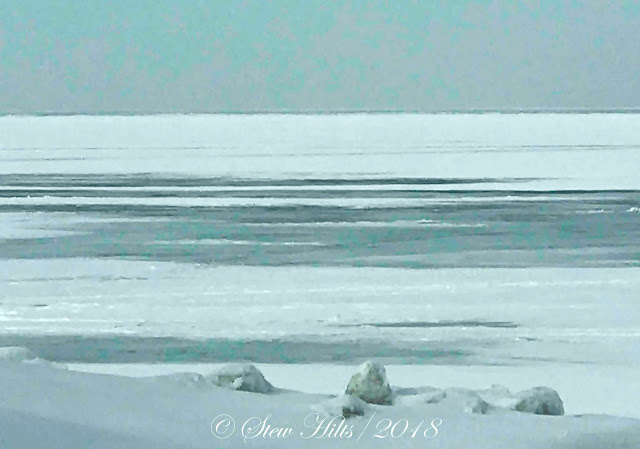 But almost the next day, just ten days ago now, the ice started its retreat, softening into slush. 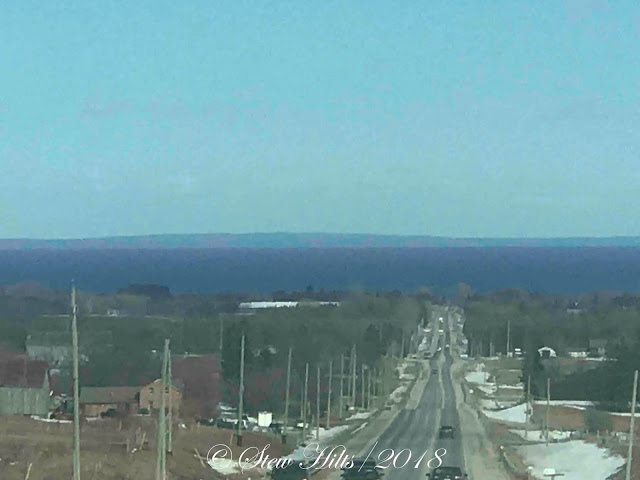 And on Monday of this week, we drove over the hill and there it was; the ice had vanished across the entire bay in just three weeks.  The coldest part of winter is over.