Although the ice covering on the bay has disappeared (it's still out there floating as ice rafts), the ice still lines the shore inside the blue water of the bay.  Two near-mirage islands on the horizon. 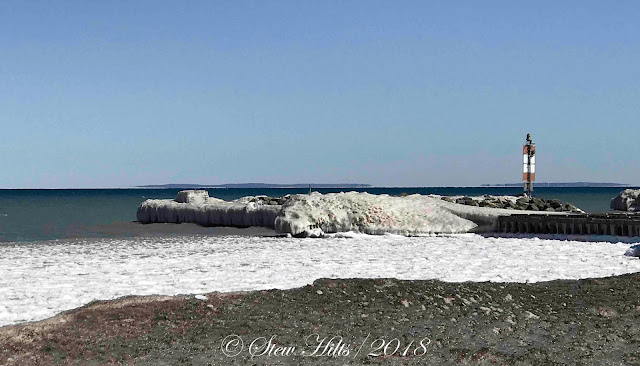 The harbour in Thornbury still has large piles of ice on the boulders, and a layer of dirt on top of the melting snow in the foreground. 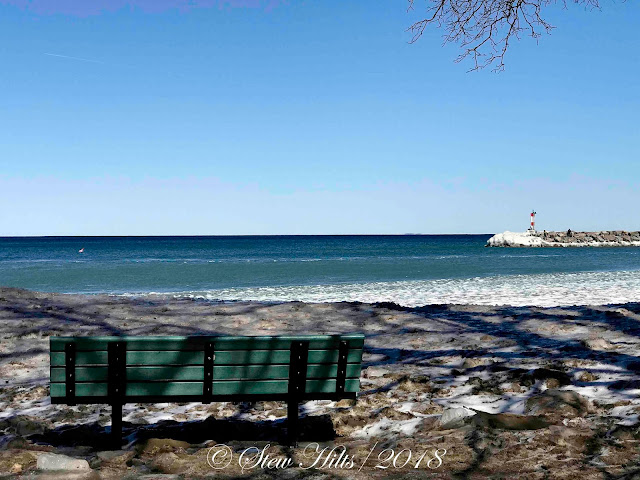 It's similar here in Meaford, blue water in the bay, but a lot of unmelted ice along the shore. 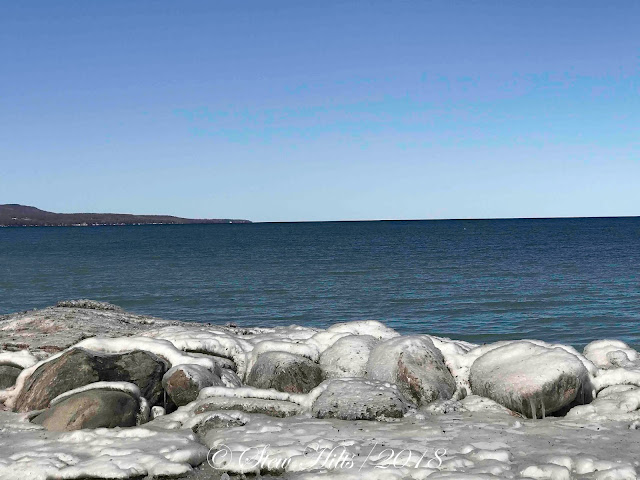 Looking west, the boulders in the foreground suggest some splashing water and fresh ice. 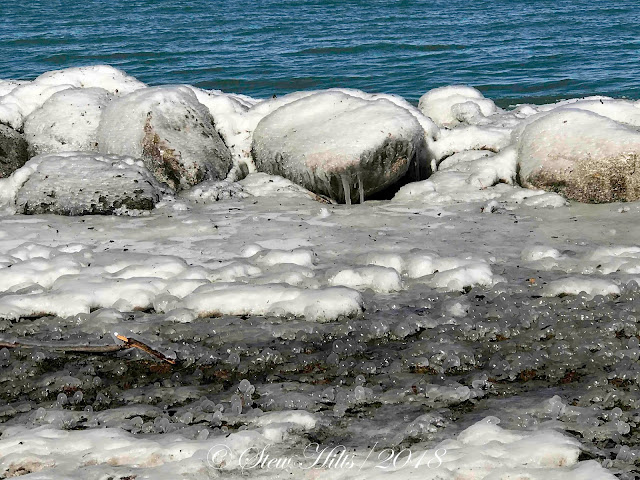 And at my feet was a band of ice on the ground that looked like bubbles. 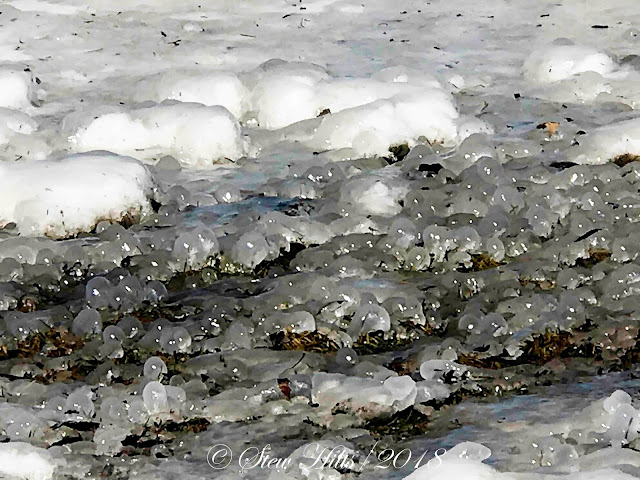 A closer look - I've never seen anything quite like this.

But today, coming over the hill from the west we could see the remaining ice raft floating out on the bay in the distance.