The Industrial Corner of the Harbour

I don't think of Meaford's harbour as industrial.  In the summer it seems to be all sailboats and motorboats.  But off in one corner is the Weatherall Dock and Dredge Company with their cranes and barges.  Their location in the harbour is such that when you drive down the big hill on the main east/west street to the main intersection, they are directly in front of you, even though they're on the far side of the harbour, so they're very noticeable. 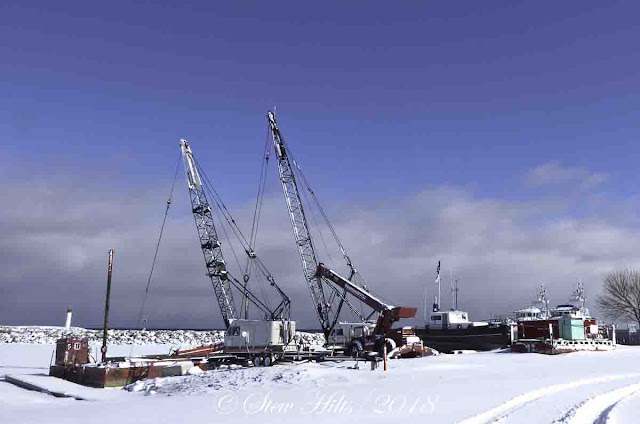 They have a collection of 3 different cranes, 3 or 4 barges, and a boat, mostly up on shore for the winter.  The cranes get loaded on barges for work along the bay. 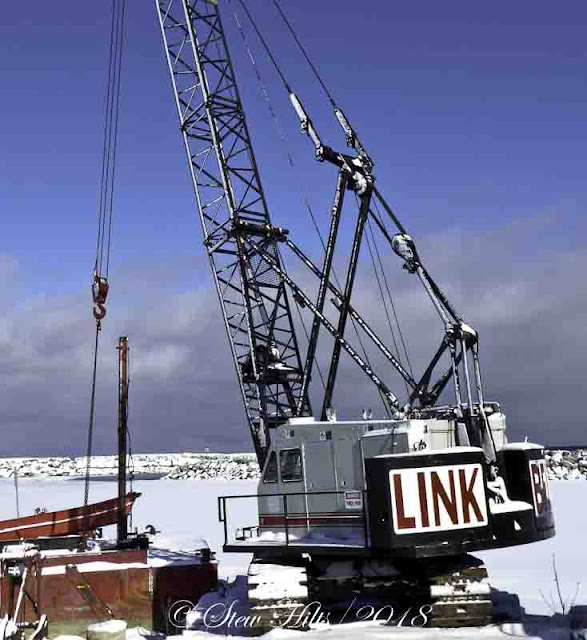 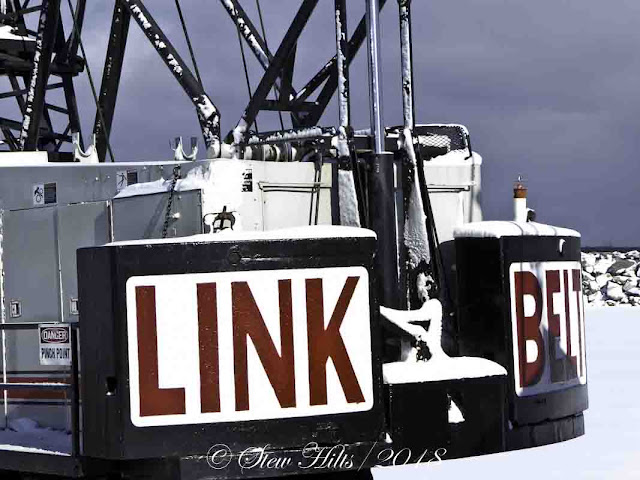 The two big cranes are Link Belt cranes, made by the Link Belt Speeder Company, now part of FMC.  The Canadian factory for Link Belt was in Woodstock, Ontario, where I grew up.  The story of the company is interesting, for it grew out of a farm implement dealership in Iowa in 1874, with the invention of a 'chain belt' that was less likely to break on farm equipment, based on a better way to link the chain, thus a 'linked chain belt'.   They have been one of the world leaders in manufacture of large cranes like this ever since. 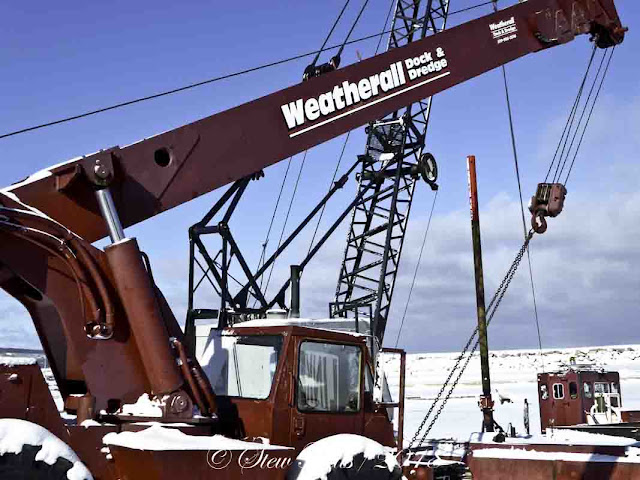 Standing there I was struck by the mixture of cranes and cables.  Many shoreline owners here try to maintain a dock, with a narrow channel to get a boat in, in spite of the relentless Georgian Bay ice which changes the shoreline every year, so I expect these guys do a lot of work in the summer just maintaining things or putting docks back in the water. 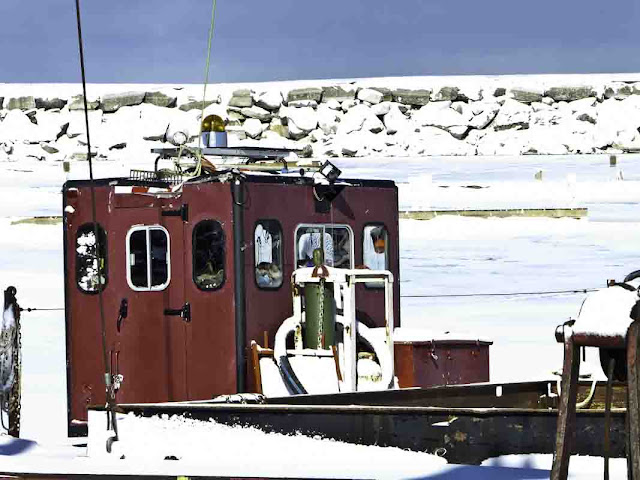 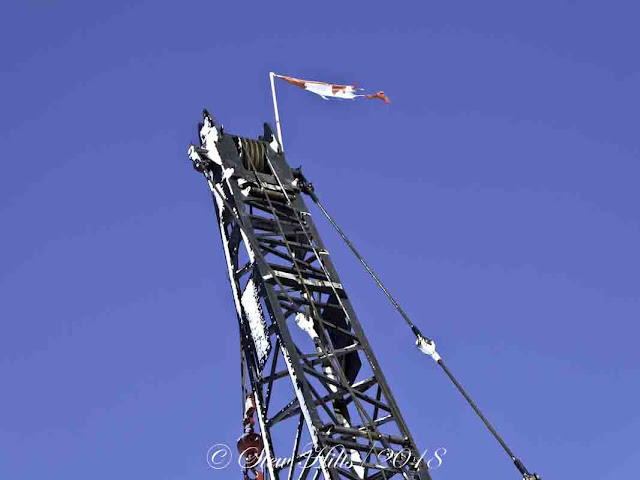 The most tattered flag I can remember, in those relentless Georgian Bay winter winds.  It's the winds that push the ice onto the shore too, damaging the docks and moving boulders every year.  Most docks are pulled up onto land for the winter, just like the boats. 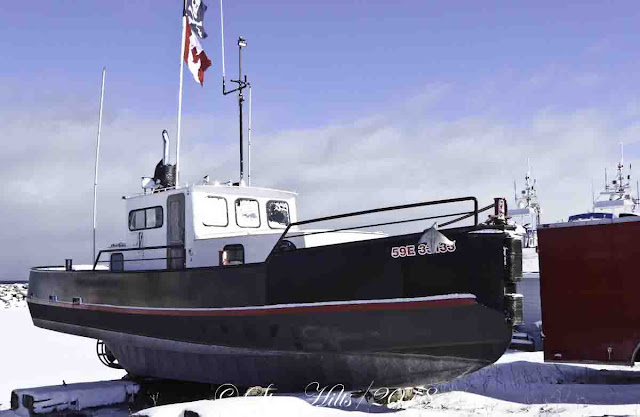 I was interested to see that the local pirate ship which I only saw for the first time this spring, was also up on land here.  It was so bright in the viewfinder I missed getting the flag on this photo.  I'm wondering if it's a new ship for these folks - looks in pretty good shape, not banging up at all yet! 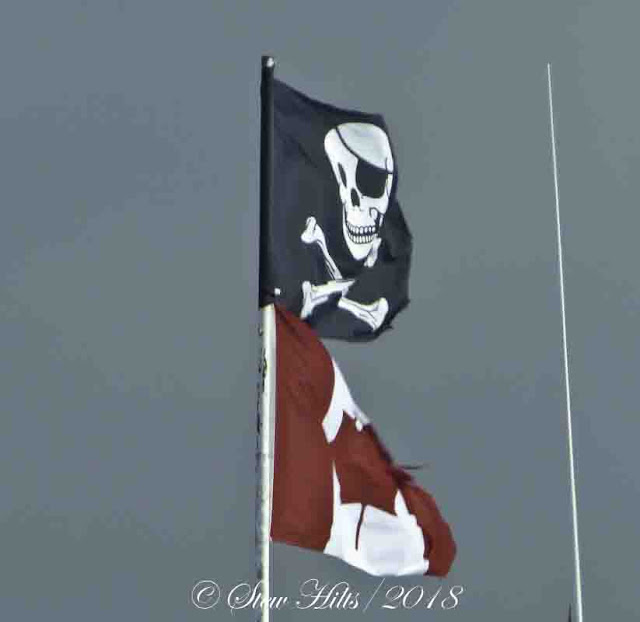 But here is the Jolly Roger, flapping madly in the wind. 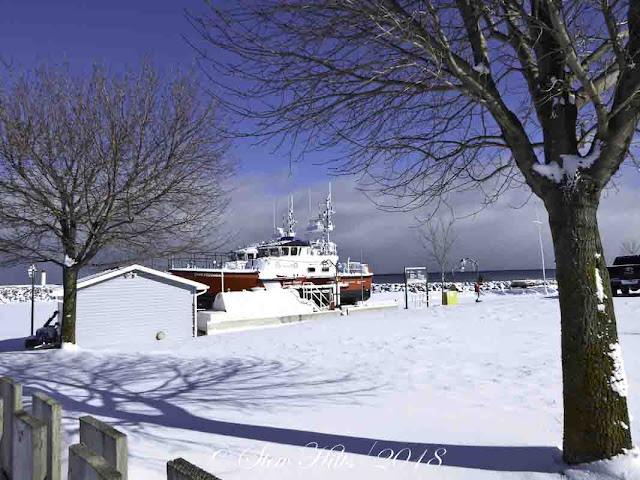 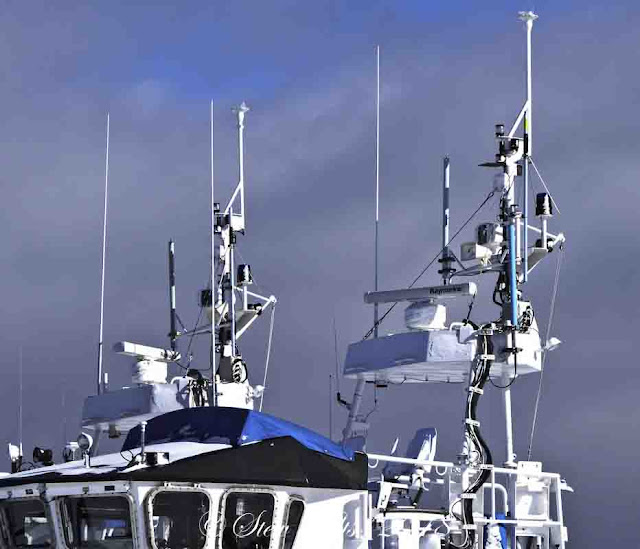 I couldn't leave without checking out the two Coast Guard ships that rest on the dock here for the winter, the Cape Providence and Cape Discovery.  I always wonder what manner of electronics are in all those gadgets up above the ships. 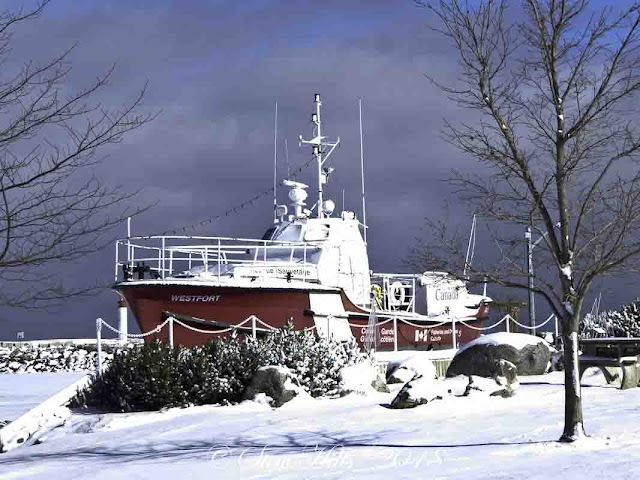 In between these and the main harbour walkway the CGCS Westfort is on permanent display, retired from active service a few years ago.  This corner of the harbour does add a lot of interest when I wander down there.