More from the Woods

A few more photos from my three walks through the Hemlock bush over the past week.  I think I'll be exploring this place a lot more in the future. 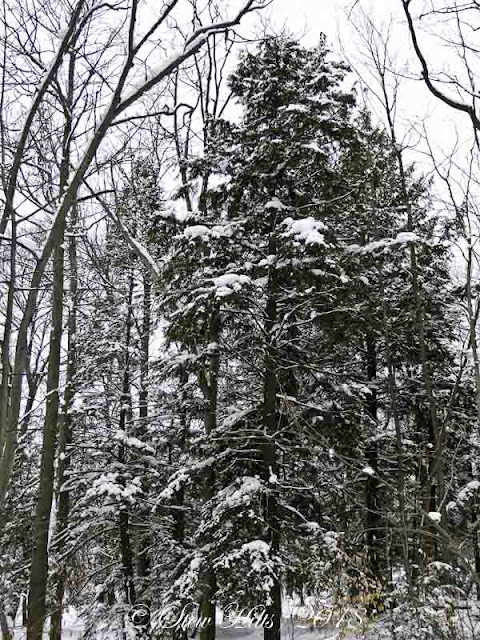 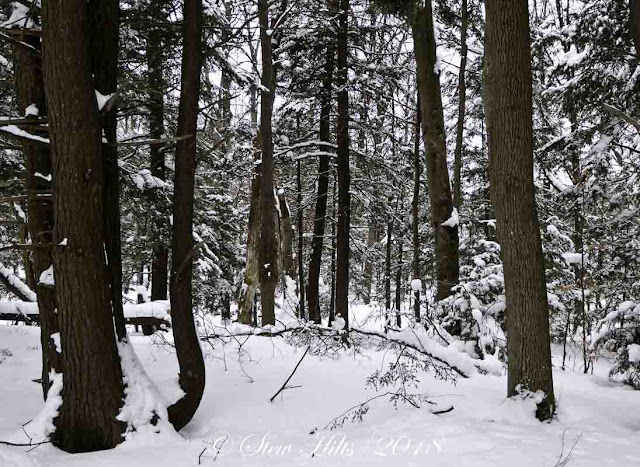 Some very nice big Hemlock in this forest gave a dark appearance in places, though obviously the snow brightened it up. 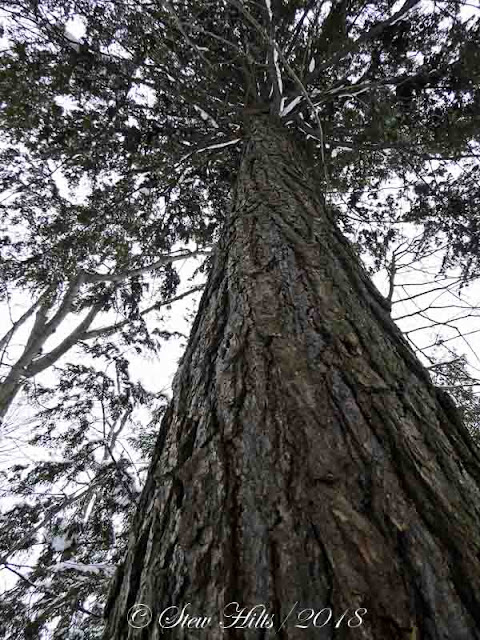 These weren't huge Hemlock, but a few of them were a good size, tall and straight.  I've read that half the original barns in southern Ontario were built of Hemlock, and the rest of the Hemlock were cut for tannin used in the tanning industry. 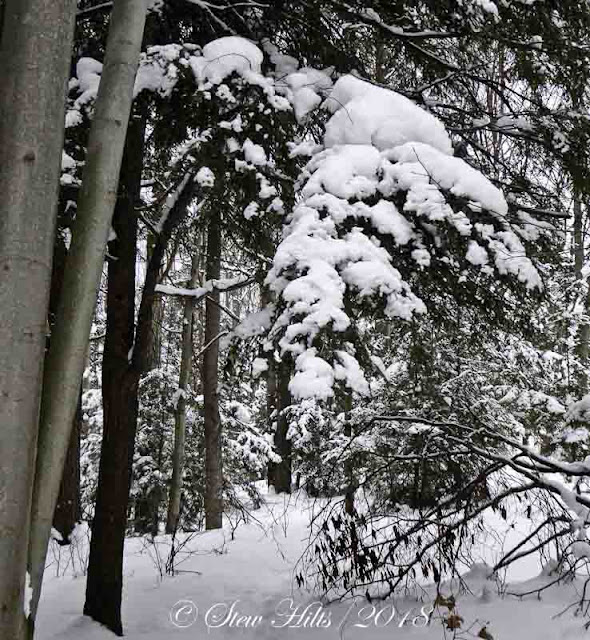 Another of those low branches that dumps snow down your neck if you brush the low end of the branch. 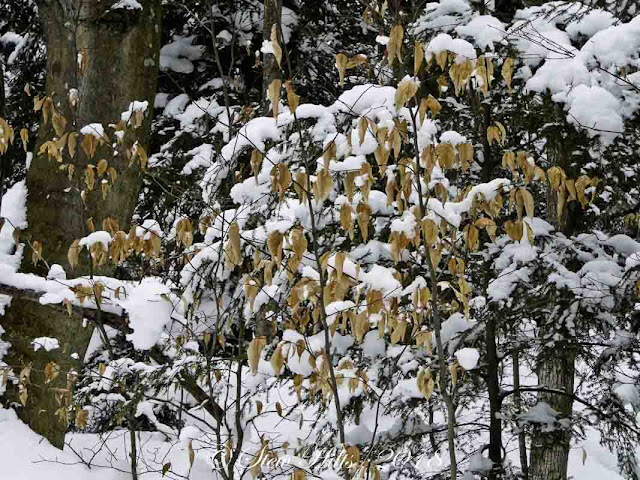 Lots of Beech saplings in the understory. 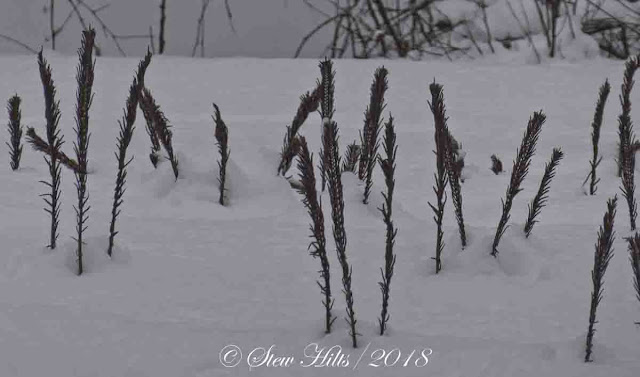 I also spotted a patch of the fertile fronds of Ostrich Fern in the distance, down in the lower area by the creek.  They stand up above the snow all winter. 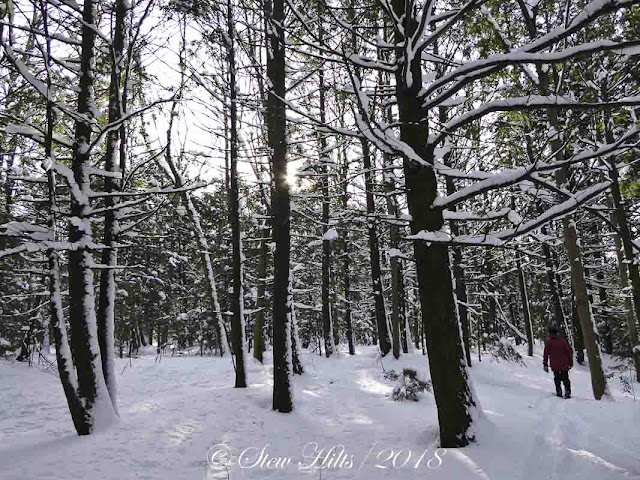 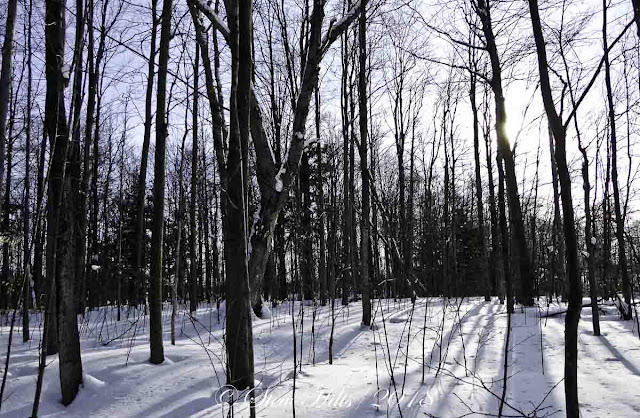 I was glad I had a friend to lead me in the first time.  When we got through to the back part of the woods there were few Hemlock or Beech left, and it was mostly a deciduous forest of Sugar Maple. 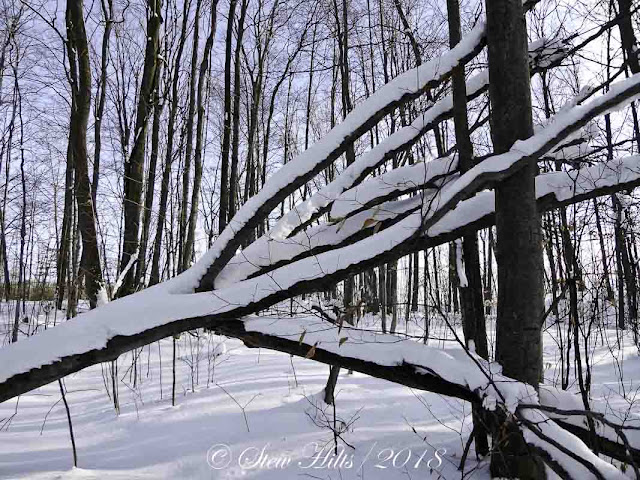 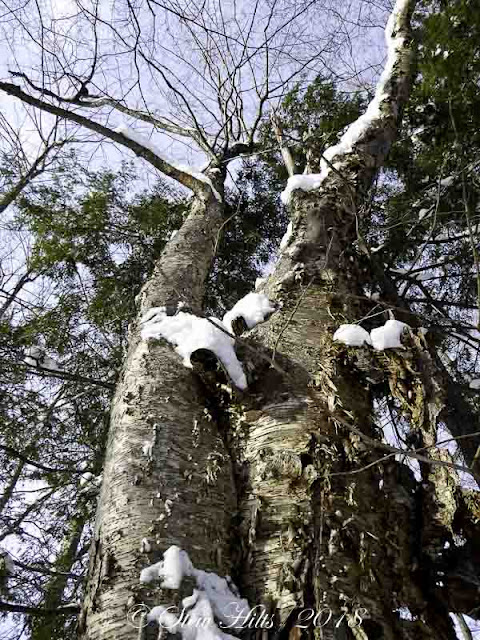 But I did spot one big old double-trunked Yellow Birch. 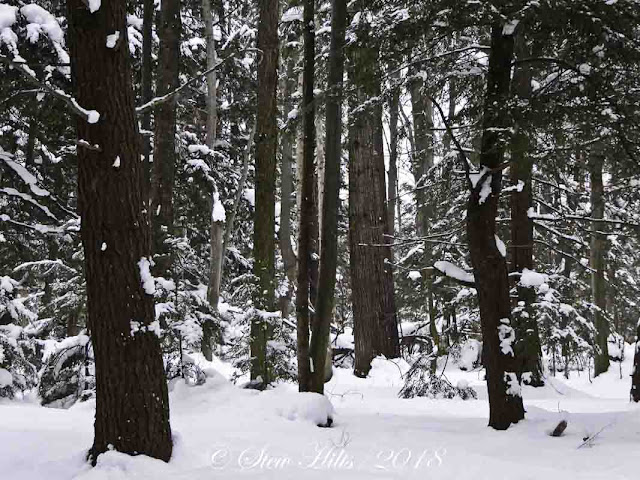 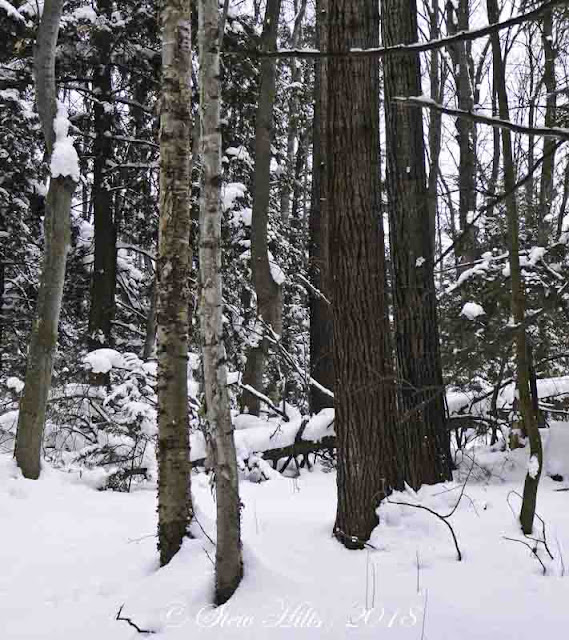 At one point I did see what I thought was a huge big Hemlock in the distance, but as I tramped toward it, it dissolved into two separate smaller trees.  And they're not Hemlock either, just poplar. 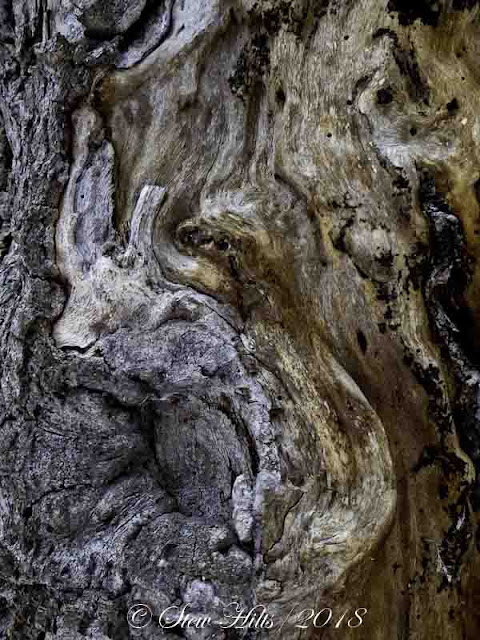 How's this for some distorted wood grain on that big old gnarly Beech. 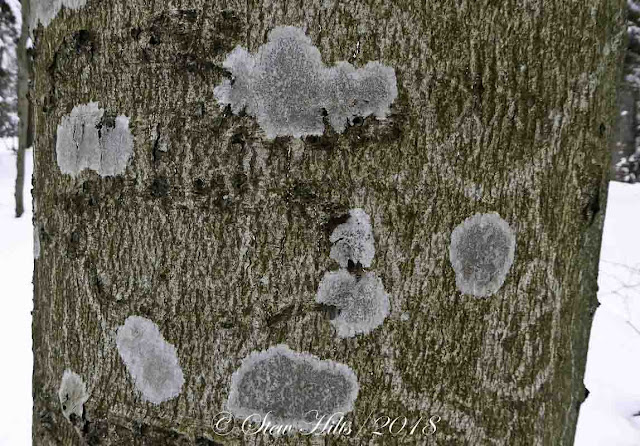 And these are some of the fungus that attacks the Beech trees. 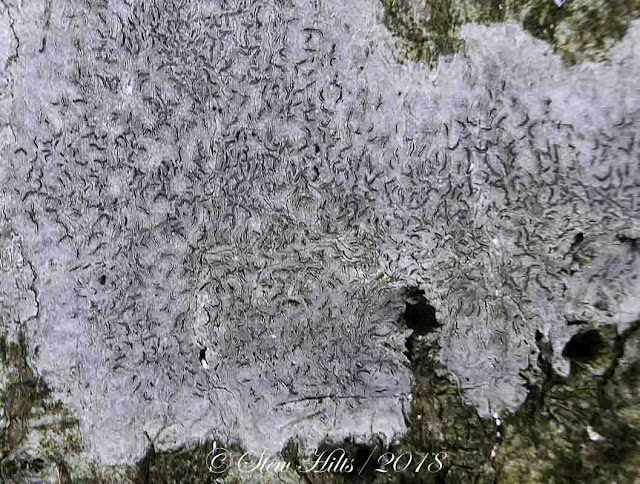 How's this for a pattern!?