Well, it's February today, in fact it's Imbolc, the Celtic Festival to celebrate the coming of spring, some would say the start of lambing season.  Some consider it a pagan festival, but it has been widely Christianized as St. Brigid's Day.  We're about half-way between the Winter Solstice and the Spring Equinox, as good a seasonal point as any to celebrate if you ask me. 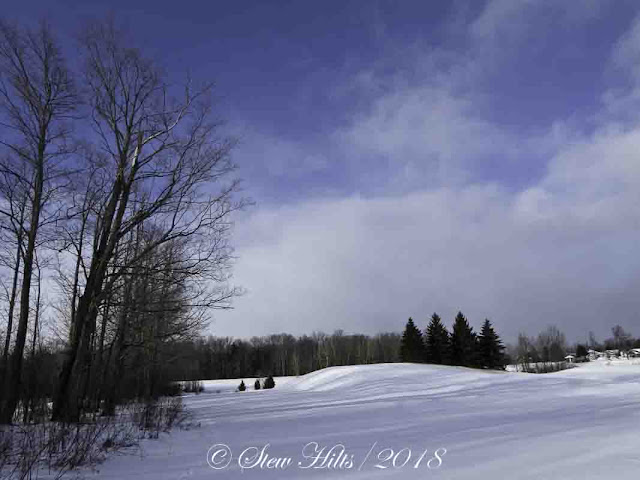 These pix are from Tuesday, when I walked across to the far side of the golf course out back, and we got one of our rare sunny afternoons in January. 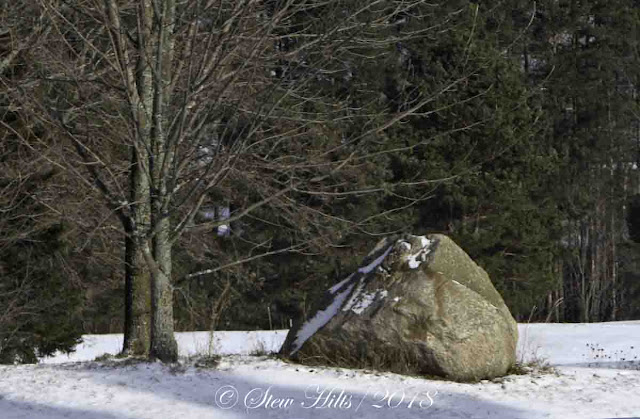 Well here it is, an enormous boulder.  I can't believe I walked past this a week ago and didn't even notice it!  Now that I have, I'll have to go check it out. 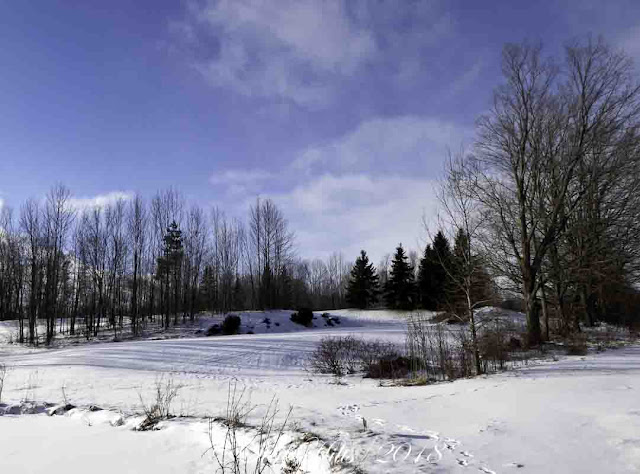 It's an interesting golf course, with a fair bit of woods, rolling hills, and numerous ponds (lower left), so it's fun to walk around, especially the western half. 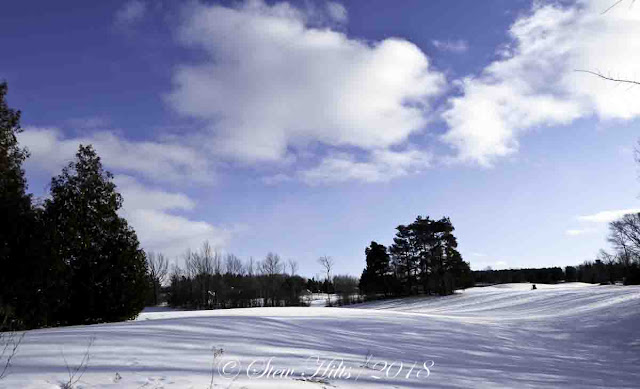 Many fairways are narrow, but there are some beautiful open rolling stretches. 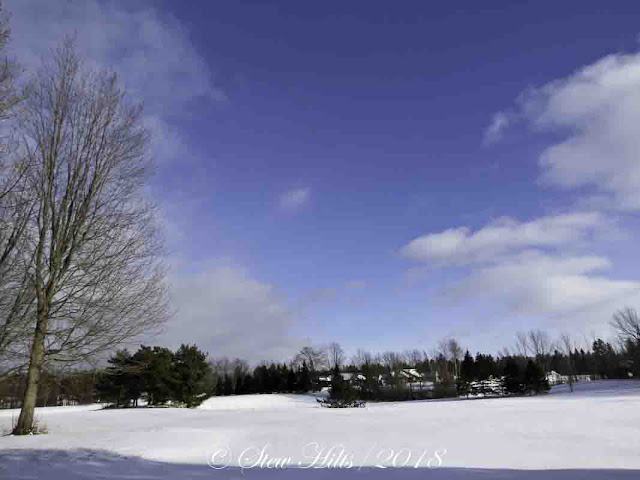 After almost an hour walking, looking back toward our house (out of sight behind the trees). 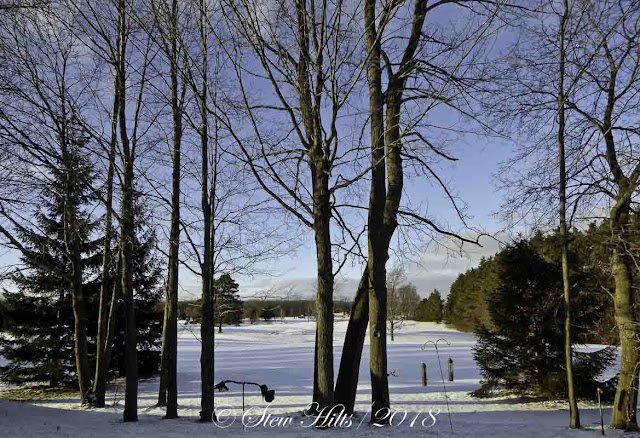 And yes, the sunshine meant we had blue skies briefly out the back window!  Imbolc by the way, is sometimes mixed with Candlemas Day, tomorrow, more specifically a Christian religious festival, though it probably also has pagan origins.  And of course it will be Groundhog Day, so keep your fingers crossed that it will be sunny, Wiarton Willie will see his shadow, and we will get six more weeks of winter!

Today's Dr's apt. went well, so we now have a clear plan for the next big spa visit, and some positive indications of a successful outcome.  The team of surgeons we are working with are the most advanced in North America at doing the procedure I need.  In fact, they invented it. and they are having a lot of success.  And they just happen to be based here in southern Ontario, in London.  We are very encouraged.