Another Walk in the Woods

Over the past week I have discovered another beautiful woodlot to walk through, led initially down the trail by a friend.  It's a larger woodlot, not far away, and very interesting to walk around.  I've actually been there three times over the past week, on snowshoes each time of course. 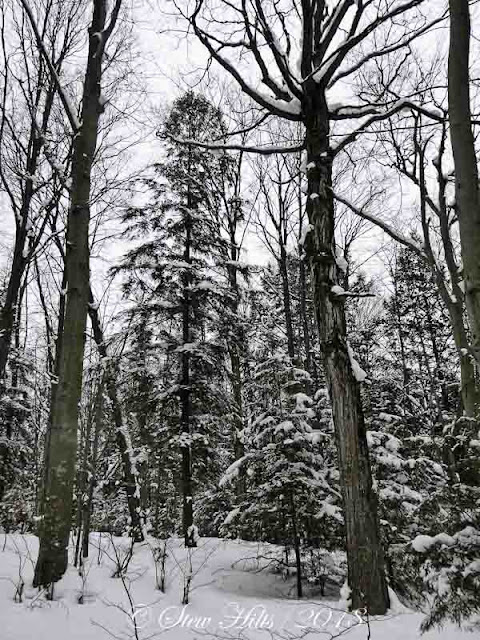 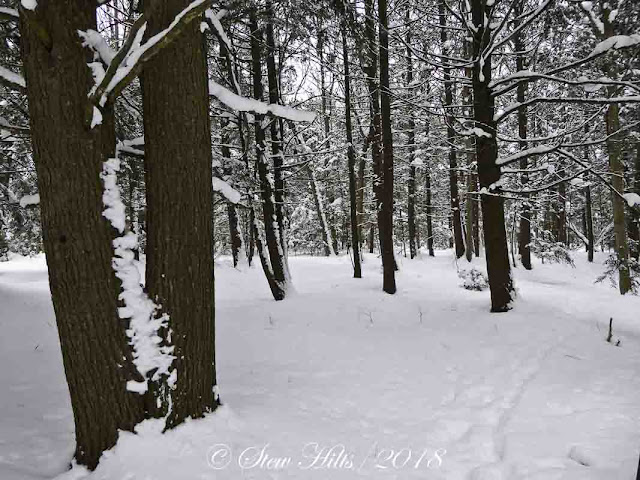 It turned out to have a large patch of Hemlock-Beech forest, a forest type I don't see very often here in the valley.  I can't think of another example as nice as this one. 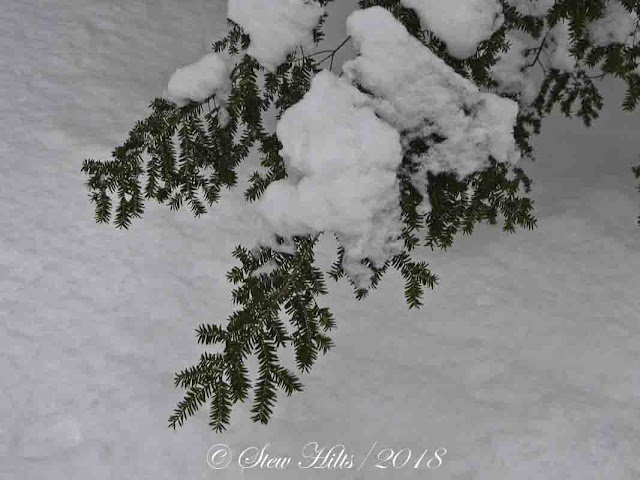 Those tiny Hemlock needles are easy to identify once you learn them, at least on the shorter saplings where they're close to ground level. 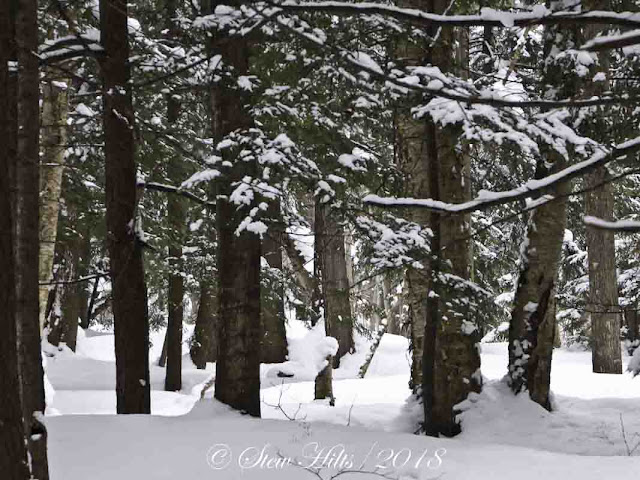 There's also a lot of Yellow Birch, making this woodlot even more interesting.  This is like an undisturbed old climax forest for southern Ontario.  Can you recognize the large trunk to the right of centre with it's curlicues of paper hanging off the bark? 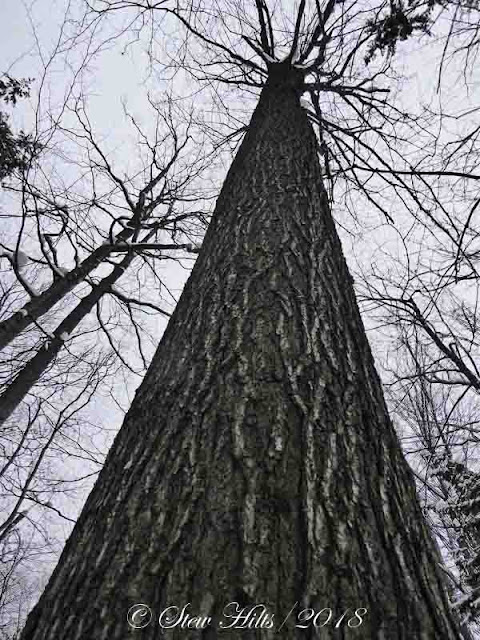 Surprisingly, there isn't much Sugar Maple, although this one is a great specimen - tall and straight.  Sugar Maple is usually the most common tree in our deciduous woodlots. 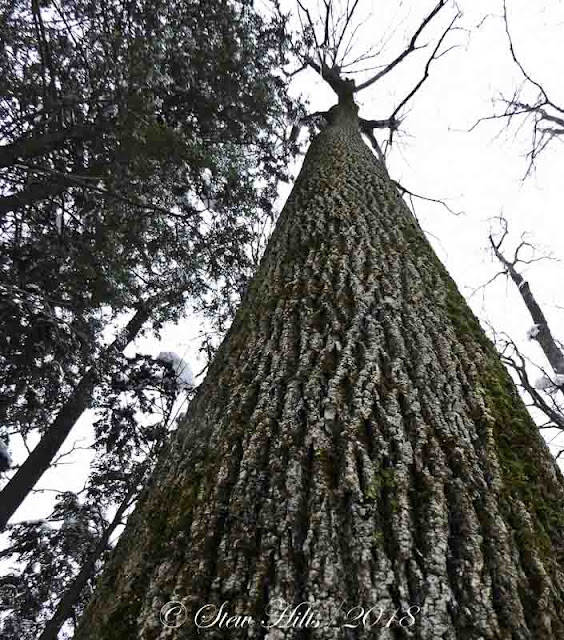 Another big tree, a White Ash. 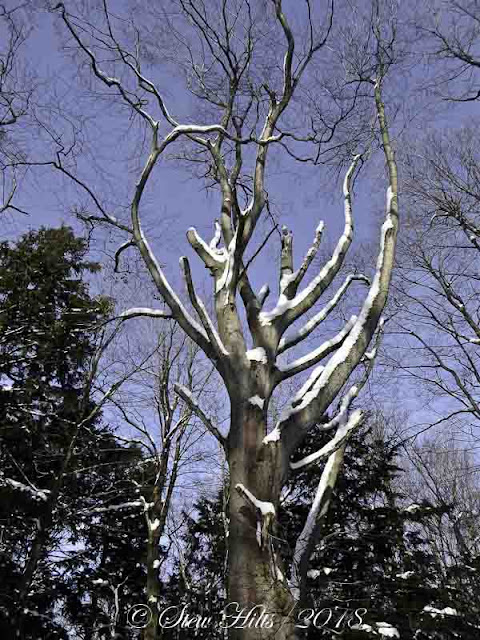 There were a lot of American Beech, but they're often not looking very healthy, attacked by the beech bark disease, a combination of an insect and fungus that usually kills off the large trees first.  There seems to be little that can be done about it.

While the leaves are still hanging on on the smaller saplings, the unique long sharp buds are already there, waiting for spring. 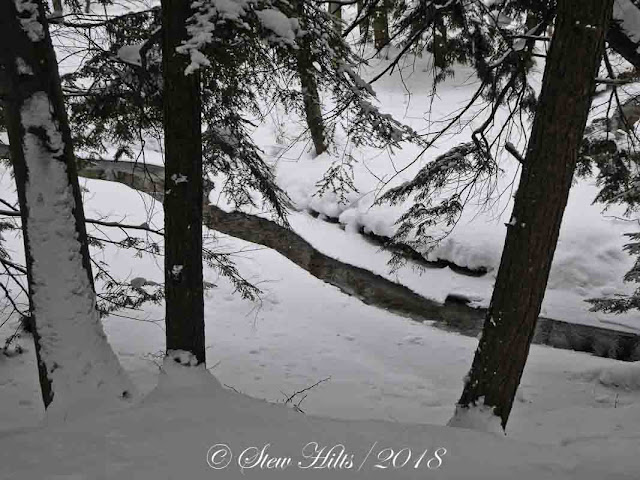 There's a stream flowing through the woods, closer to the north side, with quite a steep embankment where you can look down on the stream from above.  I think we need a bridge someplace! 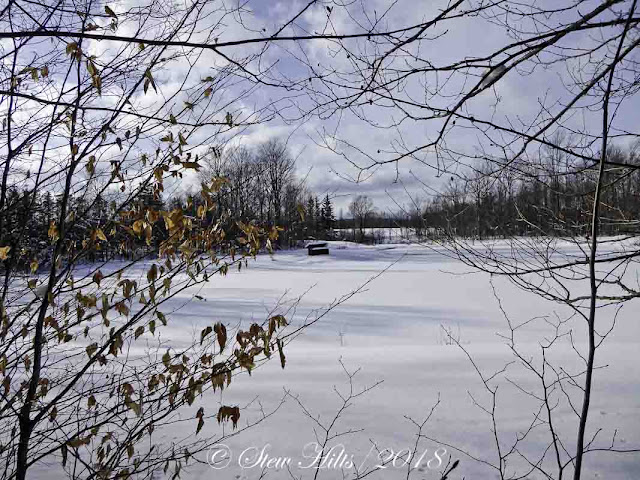 If you get through to the back of the woodlot there's a large pond that's been created which looked very inviting.  I expect it's a great place for wildlife in the spring. 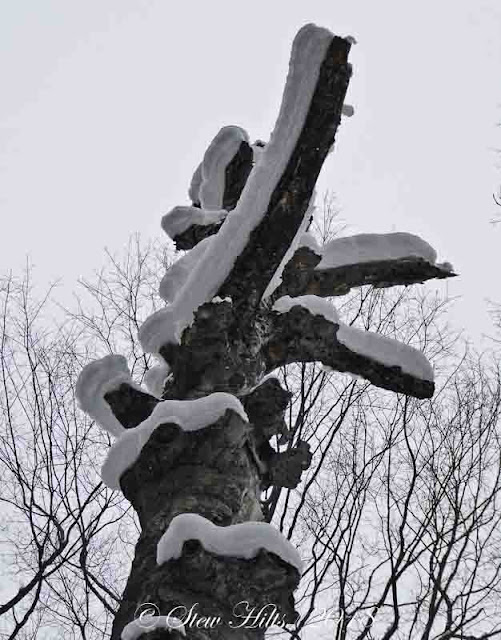 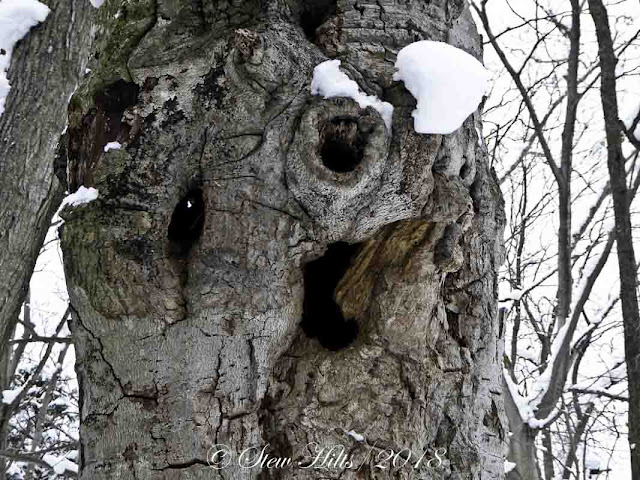 The beech bark disease causes severe cankering and results in misshapen tree trunks.  This one was a classic example!  Can you see right through?  Must be a big hollow in here.  This is a woodlot I'll be back to regularly, and sharing more photos of sooner rather than later.