A Spectrum of Barns

We've been driving to and from London recently, and I've been struck again by the vast difference between the large farming operations further south where there is better quality soil, compared to those around here.  It makes me think of the full spectrum of barns, from large and modern to abandoned and falling down!

This is one of those very large farming operations further south, on very good land.  You can see the original bank barn behind the two lower silos on the right, but a lot has been added, from what look like two drive sheds, an extension on the barn with two more silos, and an entirely new barn on the far left, perhaps used for hogs. 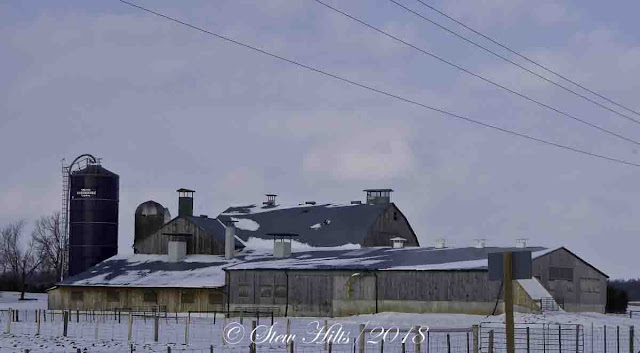 Here's another barn further south.  In this case there have been three of four big additions, as well as that new silo, but it's been kept more compact rather than spreading out.  These both make me think of big busy farming operations. 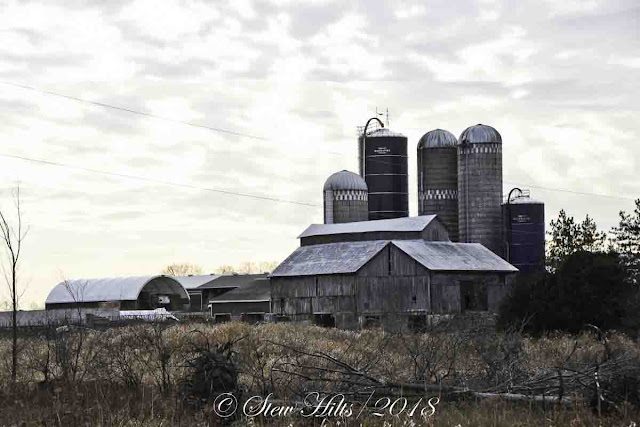 I don't want to give the impression that all the farms up here are small and less modern, so here's one of the biggest operations in the valley, some distance southwest of here.  I presume it's a dairy operation judging by the silos, behind that interesting old barn in the foreground. 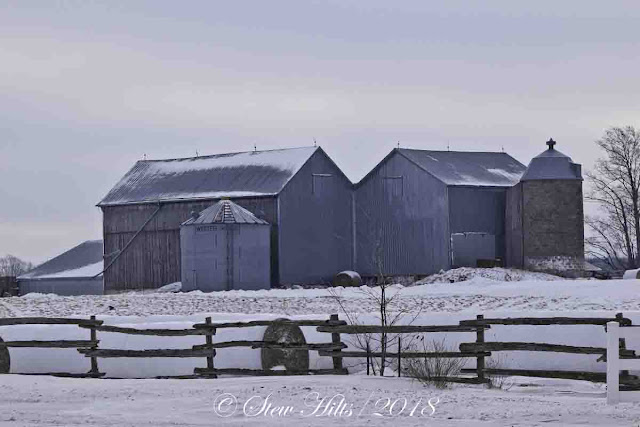 Here's another active local barn, or pair of barns, but you don't see the active part, because the two joined buildings form a sheltered barnyard on the southeast, away from the road.  It does have an interesting old silo though.  This is a farm with a small herd of beef cattle. 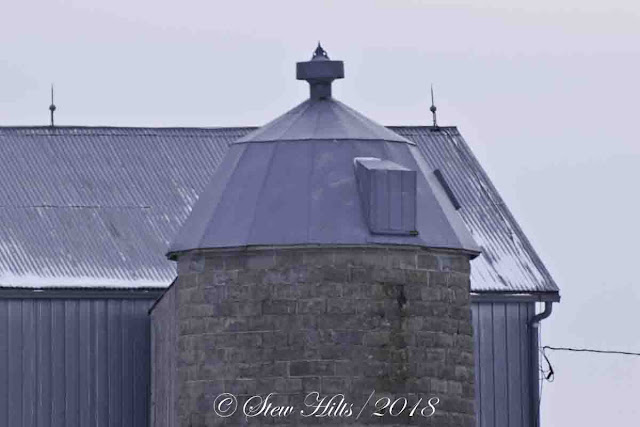 And here's a close look at that old silo. 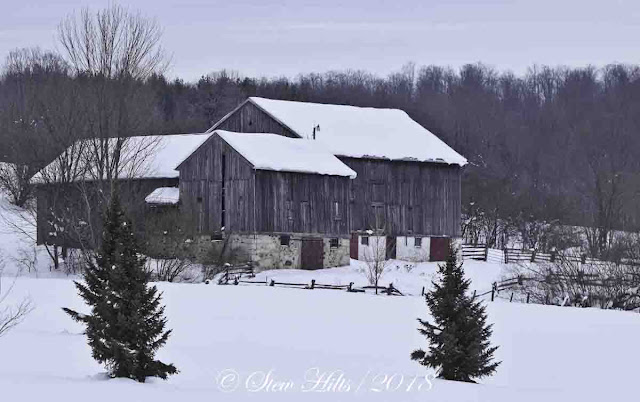 Moving further along the spectrum away from agriculture, this is a large barn that is being maintained, but doesn't appear to be actively used for farming.  I may have to drive by in the summer and double-check.  Quite a lot of former active farms around here are now owned by non-farmers, and sometimes they do maintain the barns.

Then there are the sad ones, on their way to collapse like this one.  Not much else to say!

Finally, there are a lot of barns that are simply missing, often with no trace of their former existence - unlike this one, which has left behind two grain bins to mark its passing.  This barn actually went down in a tornado about ten years ago.

So there's my spectrum of barns, from large and modern through not so modern, but still actively used on farms, to still standing but not used for agriculture, to falling down or missing!  It makes me realize that we only have part of this spectrum in evidence here in the valley, matching our relatively poorer soil conditions compared to further south.