A Walk in the Woods

I finally did manage a walk in the woods here, a small patch of woodland far across the back of the golf course that I could see on the map.  It turned out to be small but really interesting, a bit of mature Beech-Hemlock forest here at the edge of town. 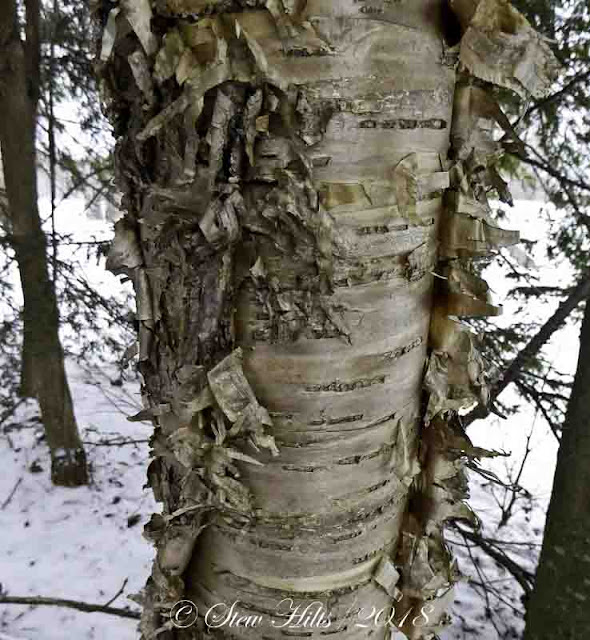 I actually found this woodlot back in the fall, when first exploring the back part of the golf course.  I followed other walker's tracks just through a corner of the woods, thinking this would be a good place to explore later.  This Yellow Birch marked where the trail went in. 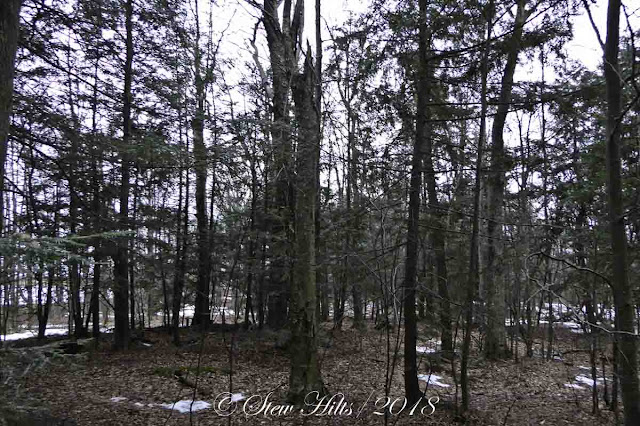 But when I finally walked through it during our mid-January thaw, it was dark, with an overstory mostly of Hemlock.  That's unusual in southern Ontario, a bit of really old woods dominated by Hemlock. 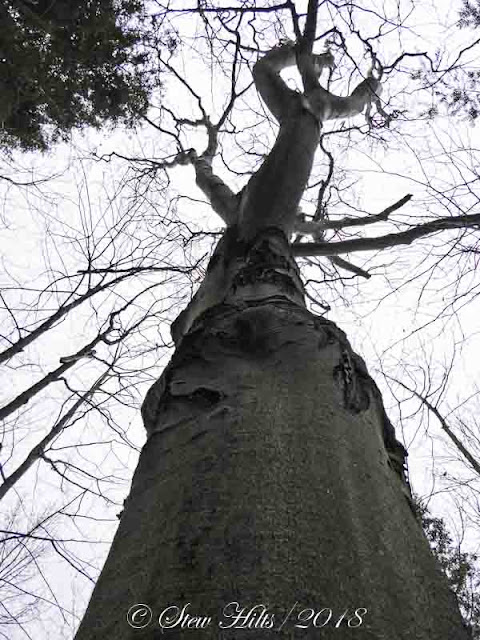 And American Beech, like this huge old one.  Some literature suggests that Beech-Hemlock forest was the original forest of southern Ontario, but it's much more common to find woodlots dominated by Sugar Maple. 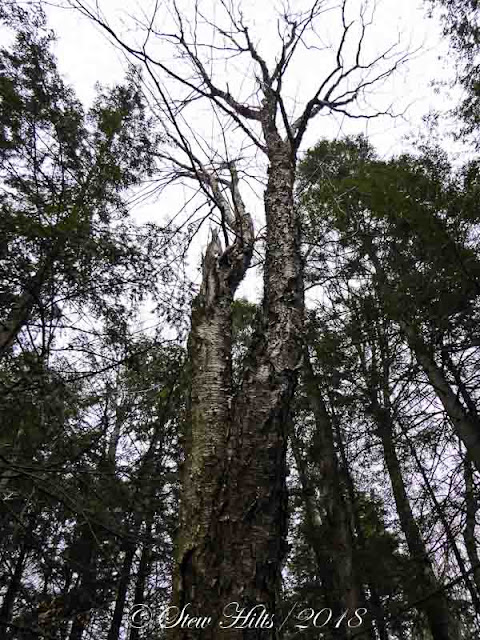 Some bigger old Yellow Birch in the woods too.  And notice all the Hemlock in the background. 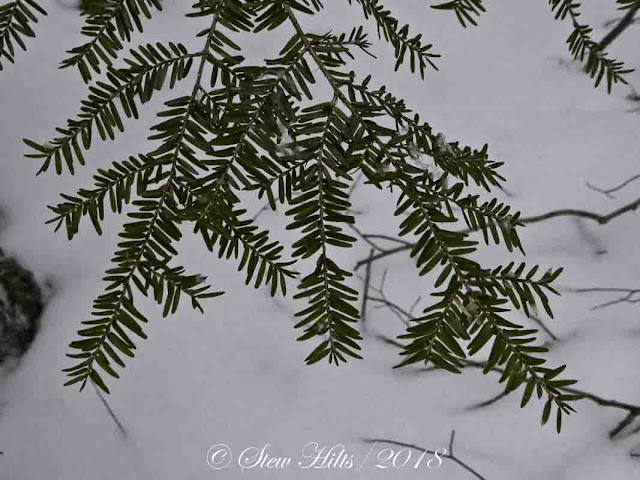 Those Hemlock needles are easily recognizable against the snow. 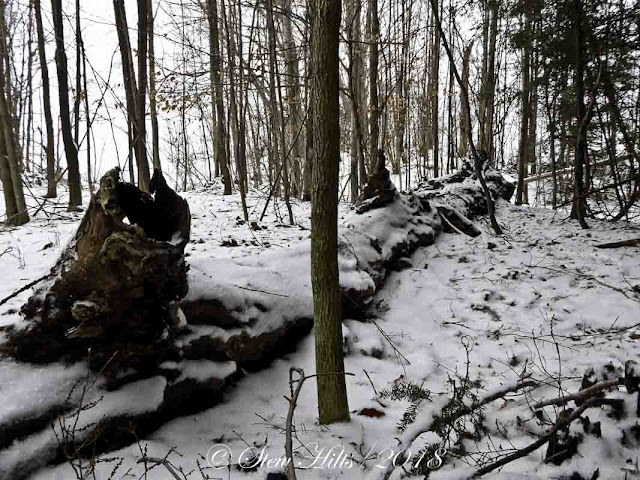 Found a few other interesting bits too, like this big old rotting log decorated with bracket fungi. 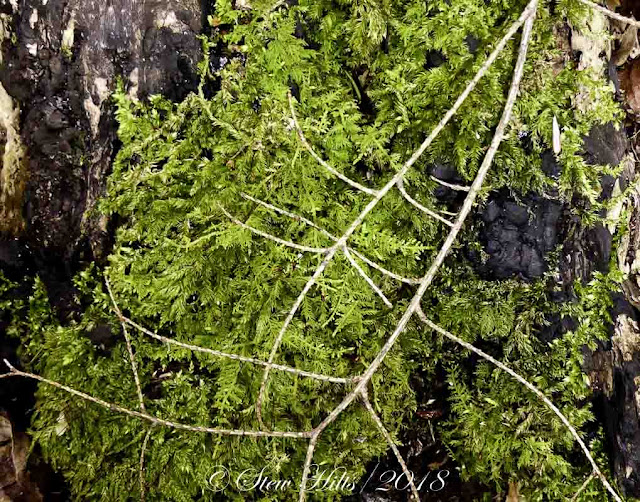 And a very bright green bit of moss on a stump. 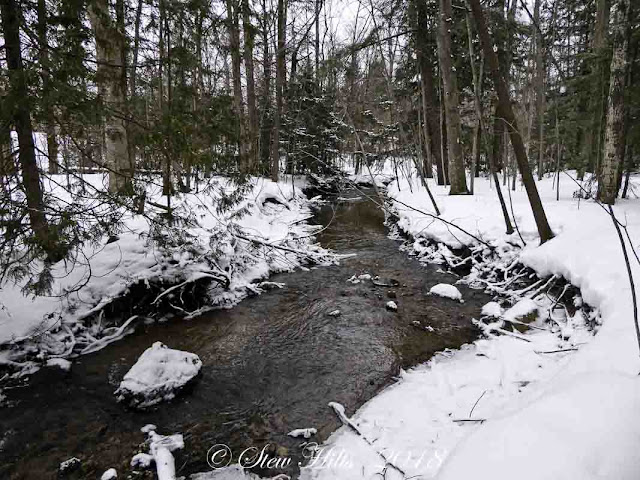 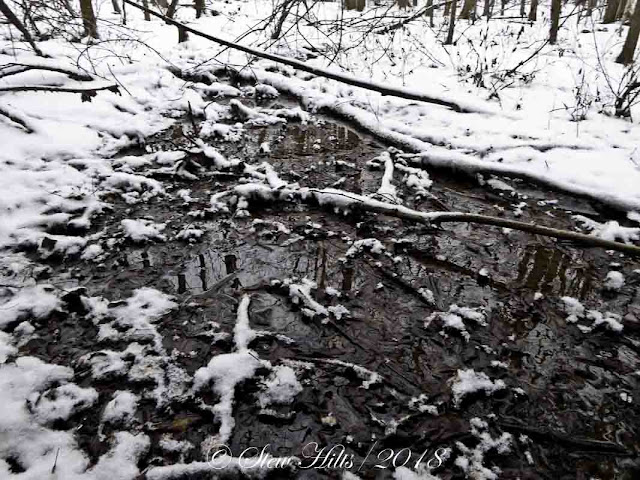 There's also quite a substantial stream flowing through the far side, and I found this spring feeding a small tributary draining down into the creek. 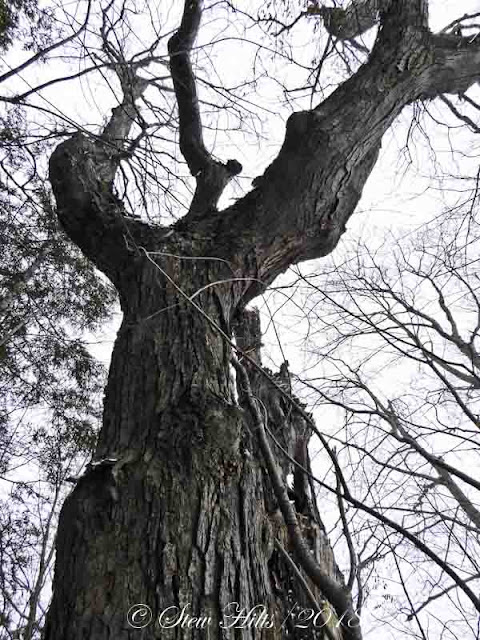 A big old Sugar Maple on the edge of the bush.  A short but interesting walk, and a woodlot that turned out to be much more interesting than I expected.