It was bright sunshine and blue skies the other day when I went for my walk, so I dropped down to the harbour on the way home for some pictures.  I hadn't walked out to the breakwall for some time, so I did just that.  And I froze my hand in zero time flat using the tiny control buttons our little point-and-shoot that require you to take your gloves off! 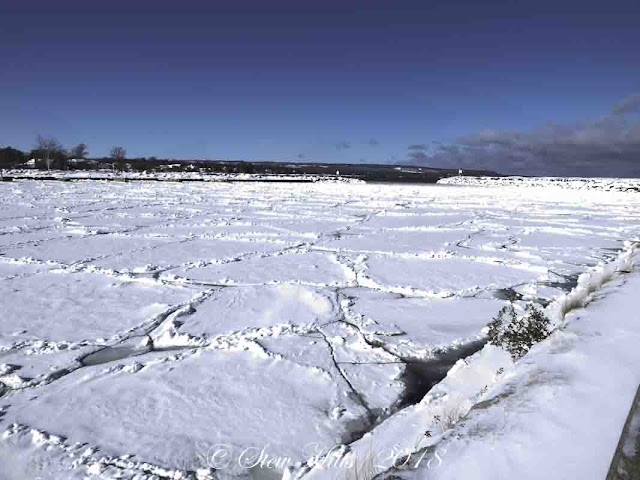 The ice inside the harbour breakwalls always seems to form these pancake patches, larger toward the inner harbour, and smaller as you get near the bay. 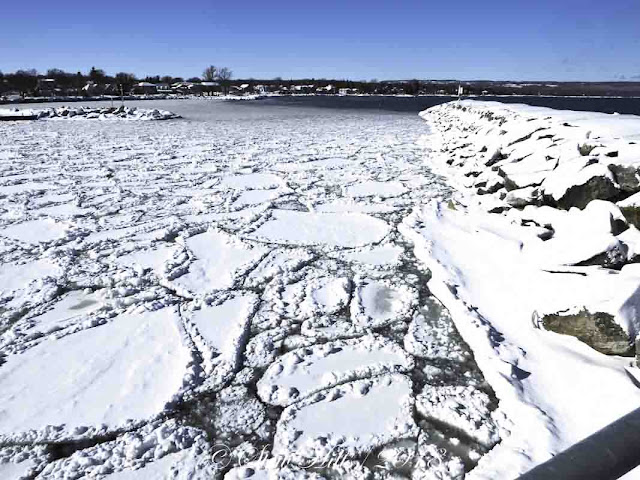 The river flows right through here, so there is a current pushing these mini ice floes around, and some disturbance from the waves on the bay finding their way in the harbour entrance. 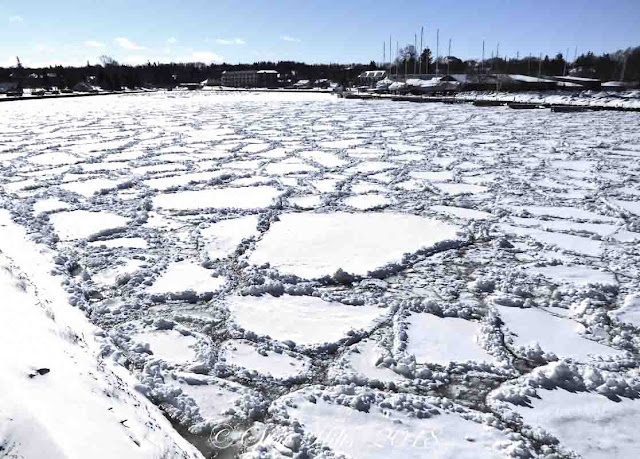 Looking back toward 'downtown' gives you a good view of the ice-packed harbour. 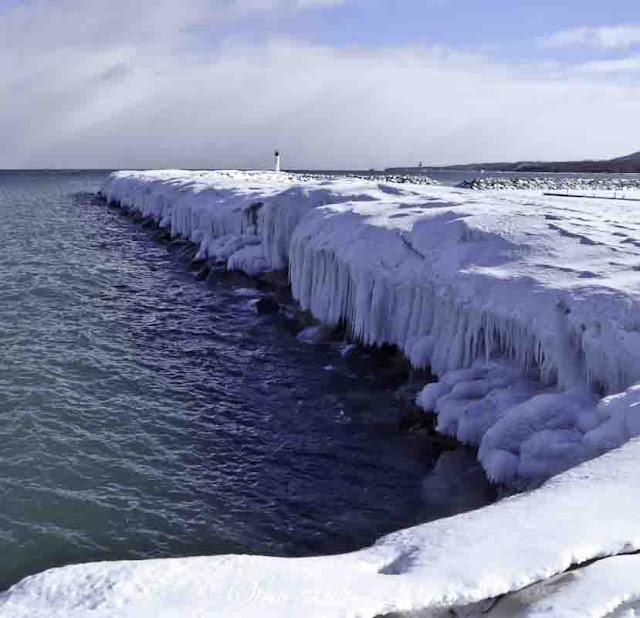 The breakwalls have developed an almost vertical outer wall of ice facing the bay, with lots of icicles from the waves splashing up and the water running back down. 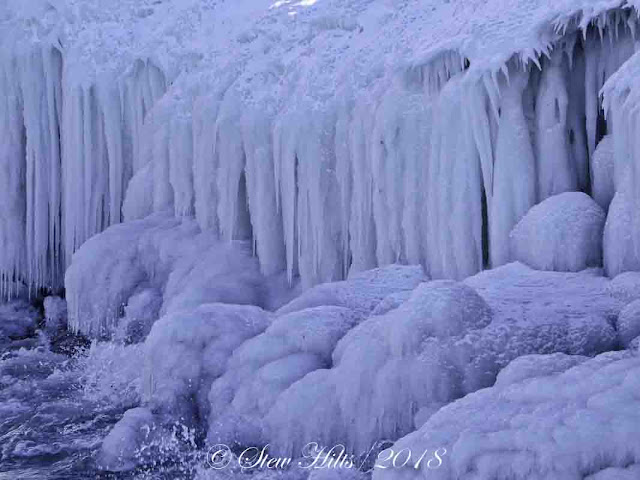 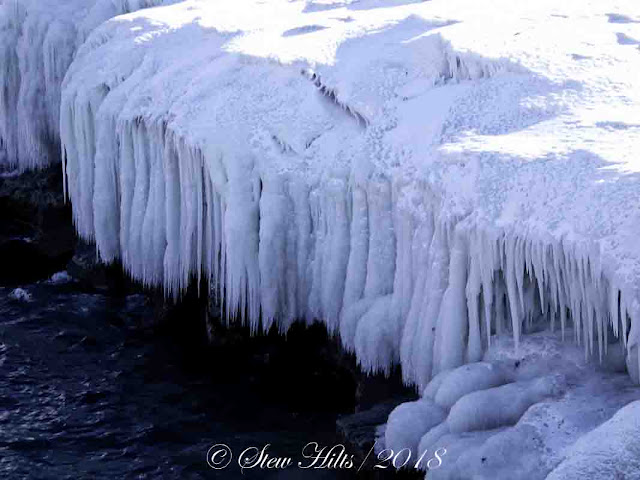 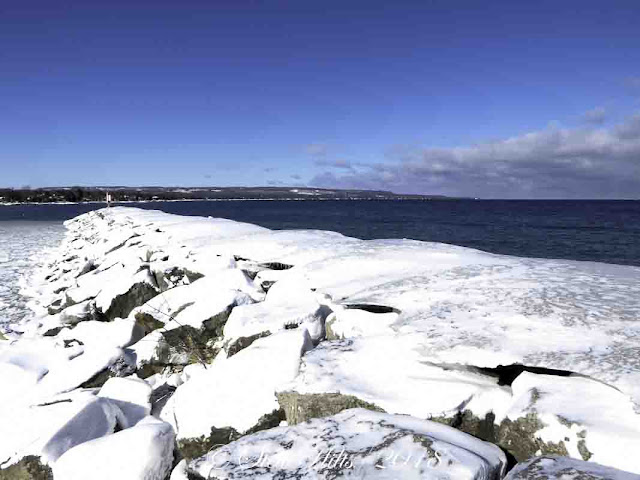 The tops of the breakwalls are absolutely treacherous.  You can see the ice on the outer (right hand) side in this view to the west.  In other seasons you can walk out to the end on the big rocks, but no-one in their right mind would do it now! 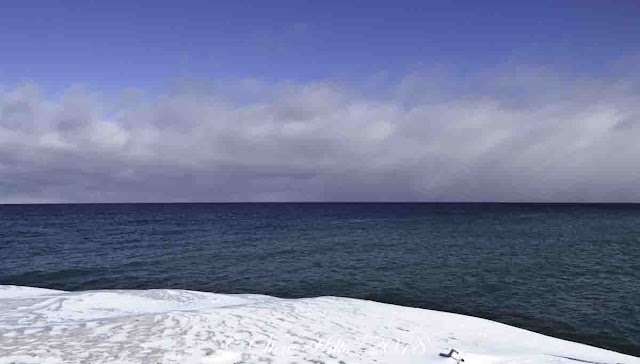 The bay itself was a beautiful blue, under those blue skies. 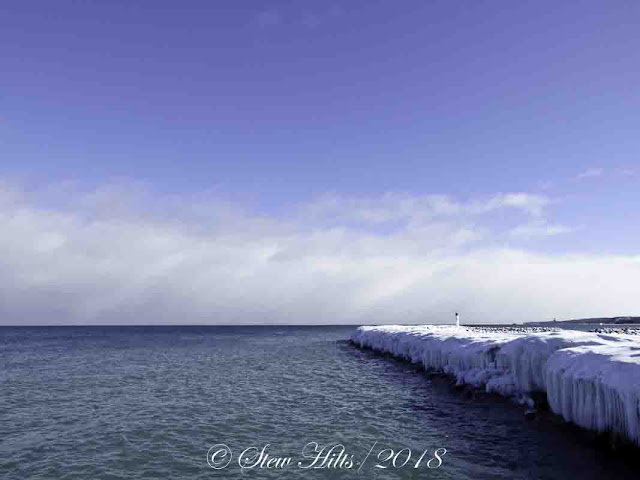 Can you see the gentle swell of the bay washing in on the rocks?  Even though there are no surface waves there are almost always swells coming in from the north. 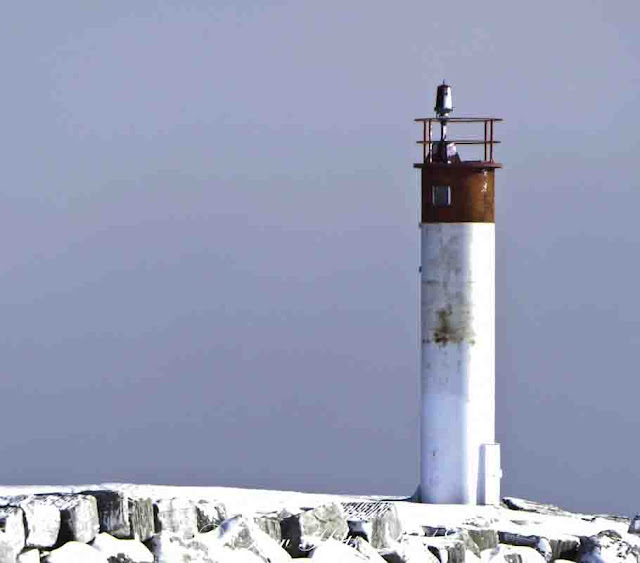 And that's our little local 'lighthouse' at the far eastern end of the breakwall.  Hardly deserves the name if you ask me.  But it's certainly back to winter here, with a foot of snow on the ground and -15°C temperatures.

I found my little point-and-shoot overexposed almost all these pictures, it was so bright out.  So I looked up the manual on-line, and figured out how to adjust the aperture.  On my camera you have to be shooting in 'aperture' mode in order to do this.  One of those time when shooting in auto mode doesn't work well.  You can do so much with editing, but there are still limits.  Hopefully I won't be fooled by extra bright sunlight on snow again.