My regular walks have suffered over the past three weeks during our move, but I headed out late this afternoon to get back into it.  I need to find some regular routes here in Meaford that will make good walking.  The Georgian Trail was an obvious place to start. 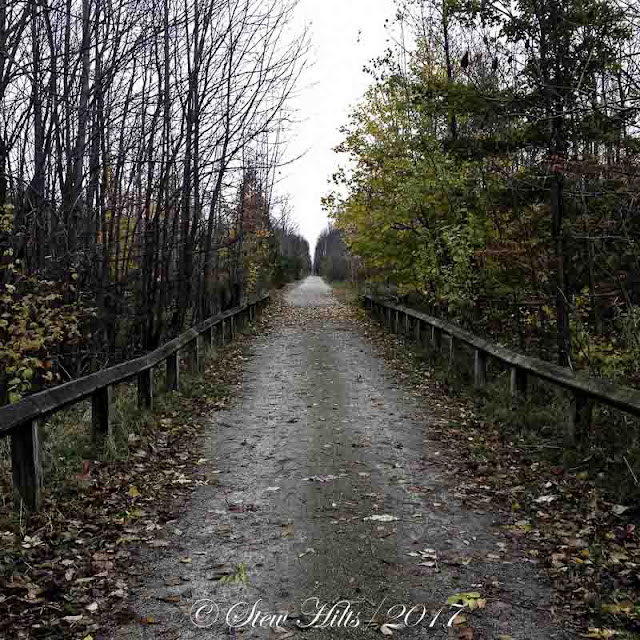 The Georgian Trail is a hiking/skiing/biking trail that runs east from Meaford along the route of the old Northern Railway, as far as Collingwood.  The story of the Northern Railway, Upper Canada's first steam railway, is a fascinating one, to which I will undoubtedly return.  It was completed as far as Collingwood from Toronto in 1855, intended to serve as a modern 'portage' across southern Ontario.  It gained the nickname the 'Oats, Straw and Hay' railway from carrying so much farm produce.

The section from Collingwood to Meaford was completed as the North Grey Railway in 1871, but abandoned in 1986 after the failure of the Collingwood shipyards, the major customer at that time.  A non-profit group of citizens raised money, purchased the right-of-way, and created the trail after that. 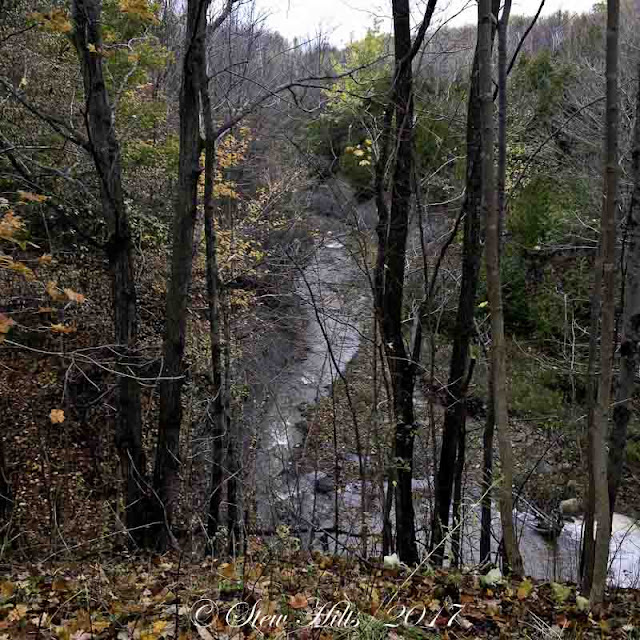 A short distance along my walk the trail crosses a deep ravine on a tall embankment.  It's hard to believe how this railway was built in the days before modern machinery back in the 1870's!  This creek looks worth exploring. 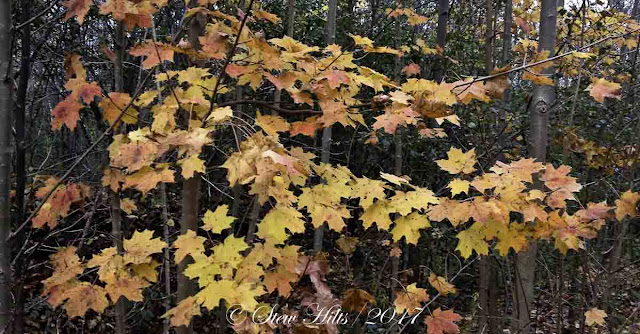 There are still some leaves on the smaller saplings, even though it's now November. 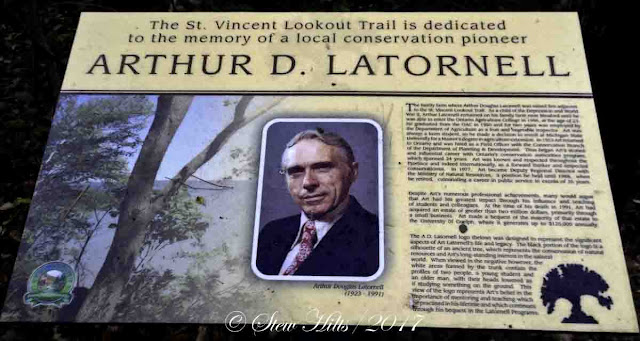 I walked as far as the St. Vincent Lookout Trail, dedicated to the conservationist Art Latornell.  I knew Art, who gave a large legacy to the University of Guelph when he died.  I helped manage the legacy when I was still teaching, turning it into programs and scholarships to help interested students.  Another topic I should write more about. 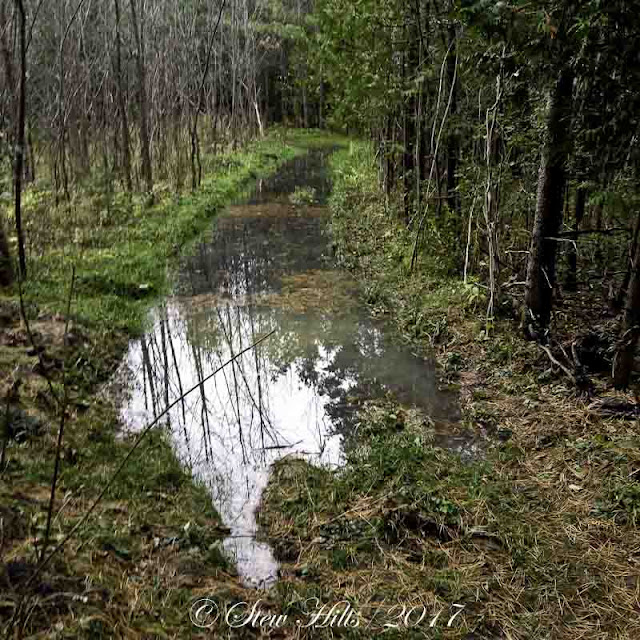 But his trail is in BAD shape!  Construction to improve it started well over a year ago, and signs indicate it is closed for work.  But it appears they delivered two loads of gravel and have done nothing else in over a year.  I'm appalled!  I'll be phoning the County Forests office tomorrow to find out what's going on and start my own private campaign to get this fixed. 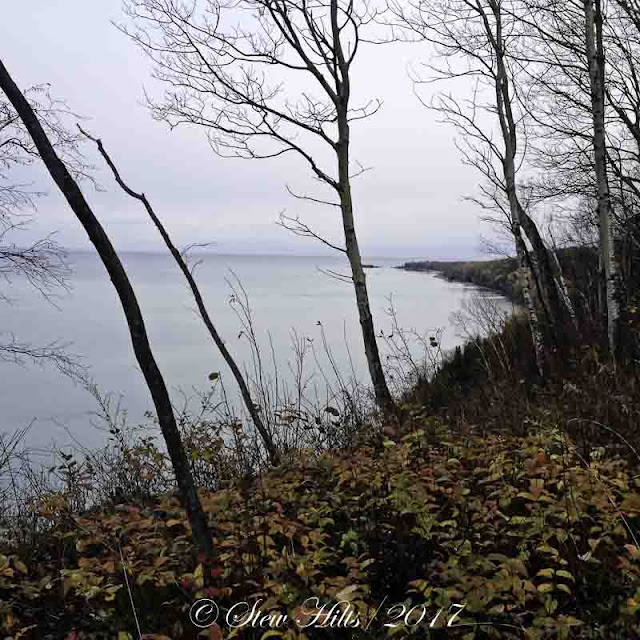 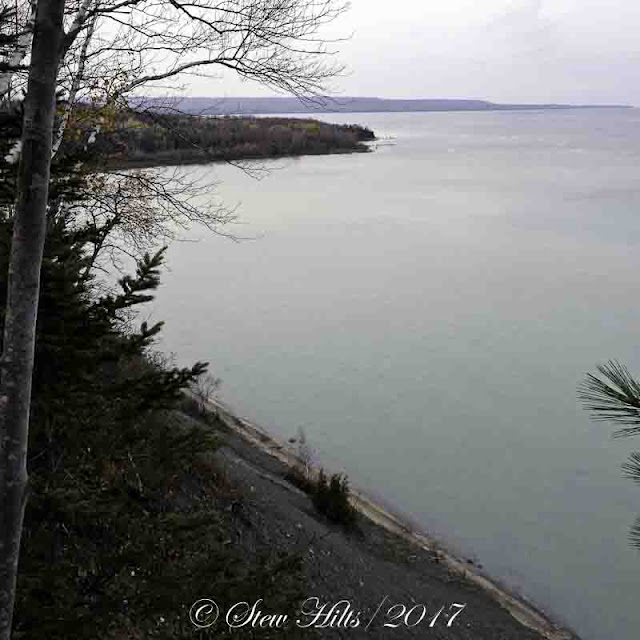 This side trail is the one that leads to the top of the Claybanks, so I did get a good view east and west from the top.  Certainly an area I'm going to be exploring more in the future.  And yet another topic to learn more about.  The geology of this area is fascinating.  The Georgian Trail is a great place for a good brisk walk, even if the Lookout Trail is not at the moment.  I did get in a good long walk, so it's going to be a quiet evening!

Meanwhile, ran around between the bank, builder, and lawyer's offices today trying to ensure that we actually have enough money to complete our house sale and purchase, which close tomorrow.  If it weren't for banks, lawyers and the taxman, this process would be so simple!