We made it home again last night, at about 2 in the morning, after an accumulated 5 hours of flights delays in Abbotsford and Edmonton.  It eventually became a comedy of errors, but we made it.  (It was winter in Edmonton, with snow and -16°C or 3°F). 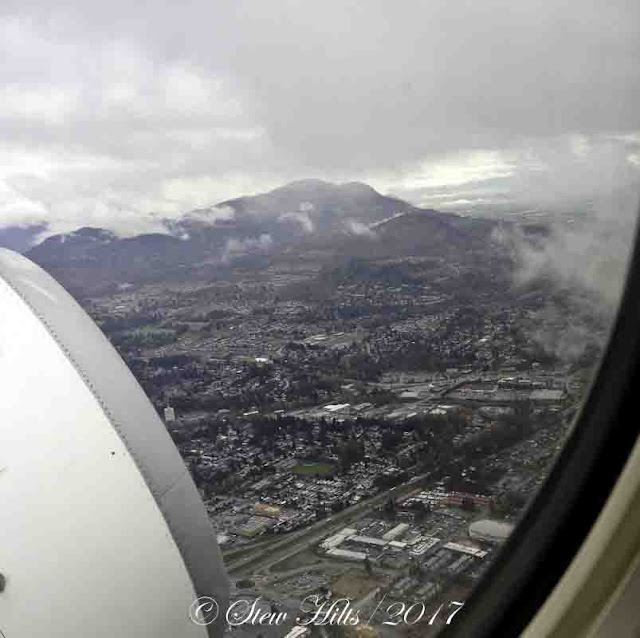 We had three glimpses of the ground, here in Abbotsford before entering the cloud layer, in Edmonton and then in Toronto as we descended from the clouds.  A total of about three minutes.  And then it rained all the way home, a two hour drive at midnight.  Thank goodness traffic was light at that hour after we got away from Toronto.  That's Sumas Mountain, one of the low foothills (covered with great mountain bike trails), just NE of Abbotsford. 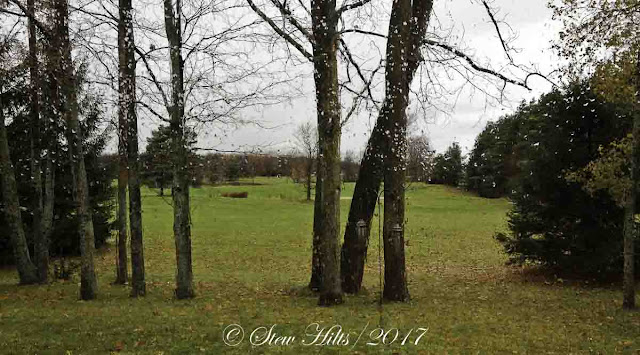 We got home to continuing rain, and no leaves left on the trees.  I'm going to have to do some raking - after the next 48 hours of rain stops!  We've flown various places in the past, quite a few flights if I count them up, and I can't remember a delay, a redirect, or an emergency in 30 years.  On the last three flights with Westjet we've had all three.

But we did try upgrading to 'Economy Plus', which only cost about $150.00, and gave us priority boarding, free food (and great service), more legroom and an empty seat made into a little table between us.  We will never fly again without doing that!  It made a painful flight quite tolerable.  I think many people don't put the cost of this sort of 'extra' in perspective.  With two flights, and a rental car for the week, the trip cost us a bit over $1500.00.  To add 10% to make the flights enjoyable in my opinion is worth it.  And it makes us much more likely to go back to see our daughter and the family sooner rather than later.

More soon, once I sort my photos out.