With dozens of boxes that are going to sit for a long time, it's hard to say we're settling in, but we are making progress.  I had a brief feeling of how the house may work this afternoon, while Mrs. F.G. was in her sewing studio preparing for a workshop, and I was in my office writing an article for the local Bruce Trail Club newsletter.  It felt really comfortable, a good base for how we want to spend our time. 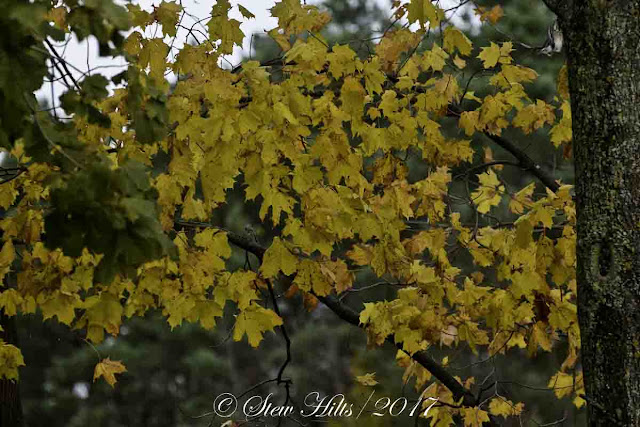 We've had nice orange leaves on the Sugar Maples out back which have stuck around surprisingly long, enhancing our view. 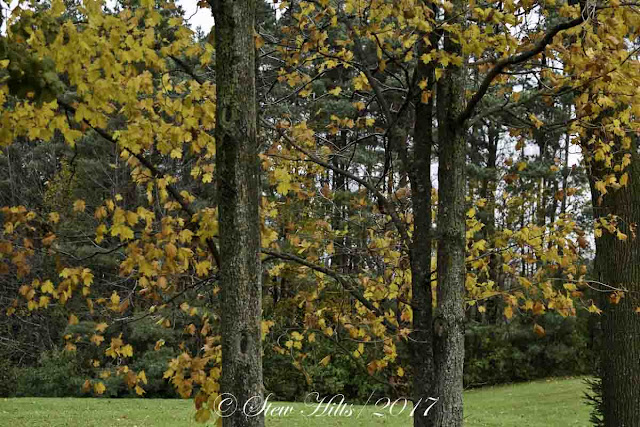 From this angle they're still looking pretty much like October, 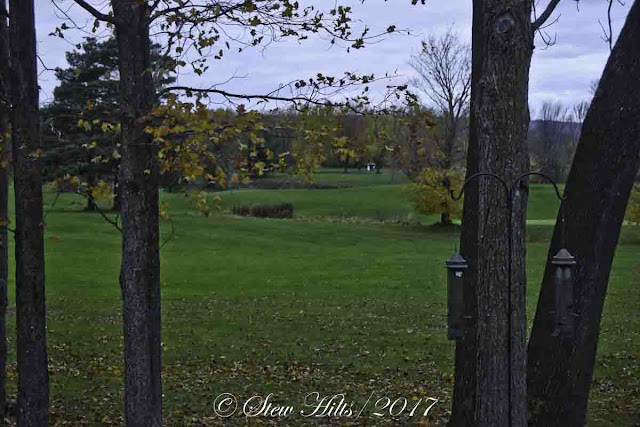 but from this angle, it's definitely November now, and the leaves are pretty sparse.  But I do have the first bird feeders up, and I did see two Chickadees briefly, 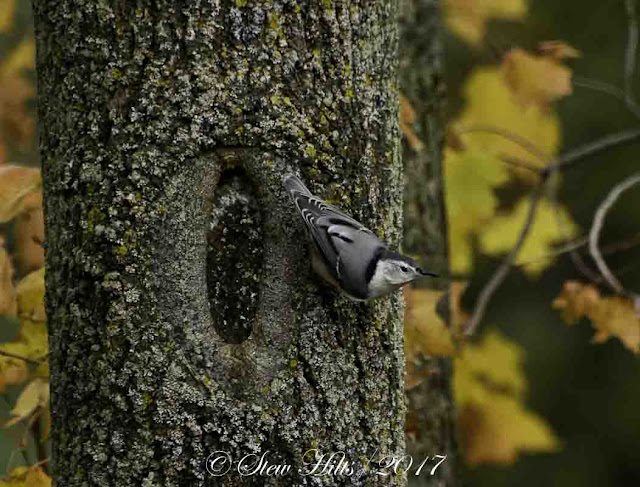 as well as a White-breasted Nuthatch, which I caught when I did have my camera in my hand. 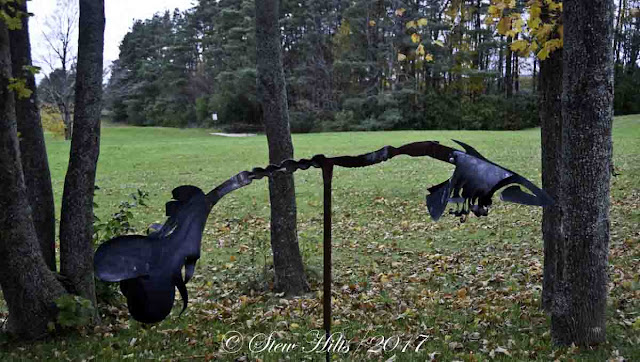 We've got our Celtic fish sculpture in place, at least temporarily.  It twirls in the wind.  This dates from a Celtic music festival in Goderich a few years back, when a blacksmith made this piece over the three days as a demonstration.  Mrs. F.G. fiercely outbid an anonymous rival in the silent auction! 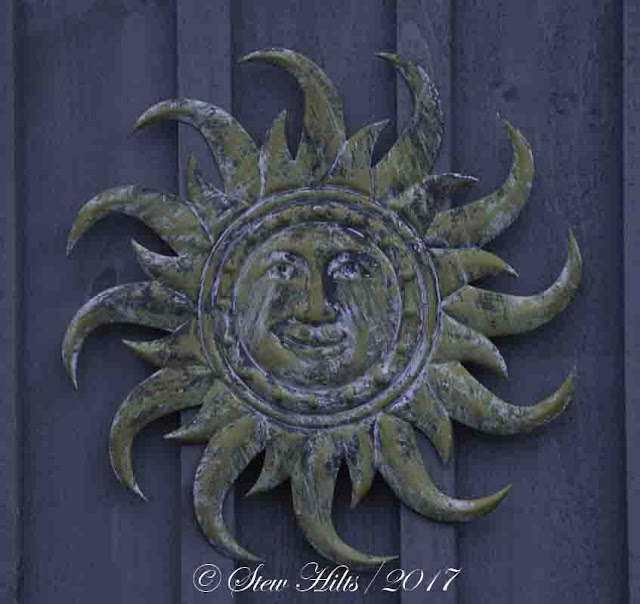 The one thing I have 'finished' is packing up the shed for winter, and putting up this sunburst garden watcher on the outside.  Don't know how we'd do without a shed, given how full it is! 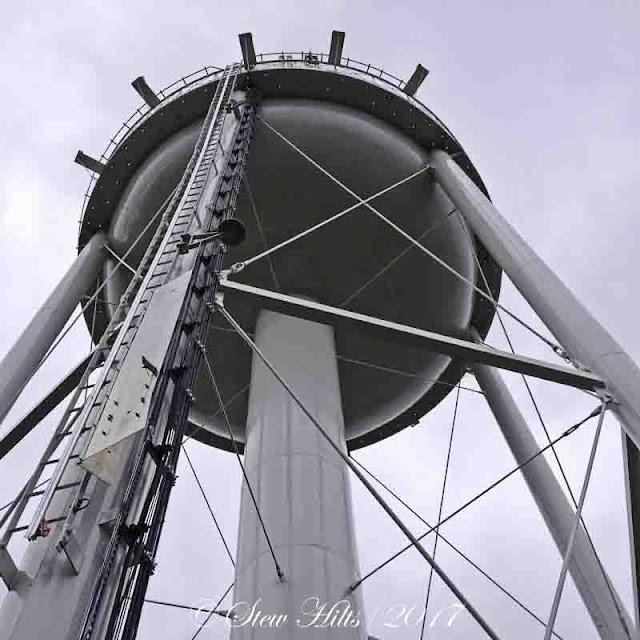 Meanwhile, I've been working out a daily walking route that's convenient, flat and easy, which seems to be what I need right now.  Around some back streets nearby, it's 25 minutes, but if I add a circle around the hospital parking lot and a walk back to the town water tower, I get it up to 35 minutes.  That will do for now, trying for twice a day. 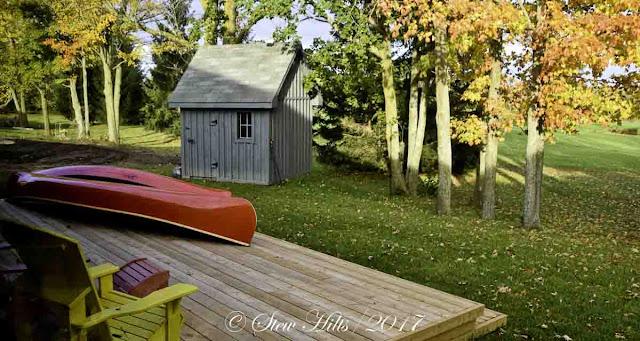 Meanwhile, the canoes sit where they've been for a couple of weeks now.  Need to get some racks built to pull these up to the ceiling in the garage. 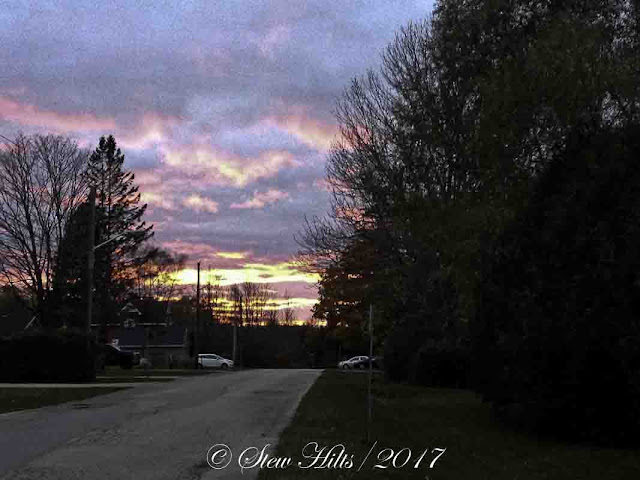 And I do think we're going to get some nice sunsets, though this iphone picture tonight is terrible!  this sunset was a vivid red, with no hints of yellow at all.  No amount of editing would make it realistic!
Posted by The Furry Gnome at 7:52 PM